It was a nice sunny day here in St. Louis and Nathan found a lady bug colony in the mulch under our Tulip tree. There were hundreds of them!!! So of course we had to get his bug house out and he plucked some off the ground and put them in their new home (well, until I sneak them back outside again.. I thought about feeding them to his venus fly trap but just couldn’t– ew!! Poor plant is going outside once it warms up!!!!!!) 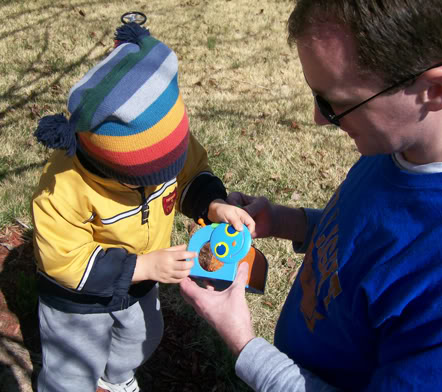 Nathan even picked some early emerging crocous flowers from Mommy’s garden to put in with the lady bugs. 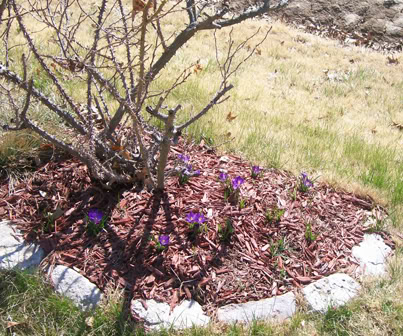 Then, we went to the library for a really cool and professional puppet show. It was called the Stinky Cheese puppet show. Its based off a book that sort of derails fairy tales on how we think we remember them. Example: the ugly duckling grows up to be an ugly duckling..etc. I really want to order the book on Amazon now. Here are some pictures… 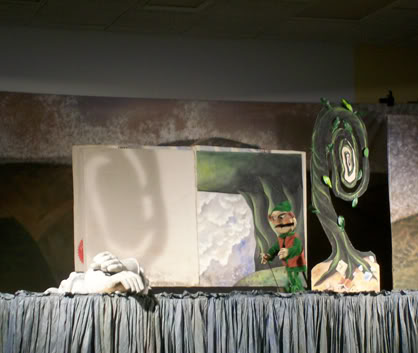 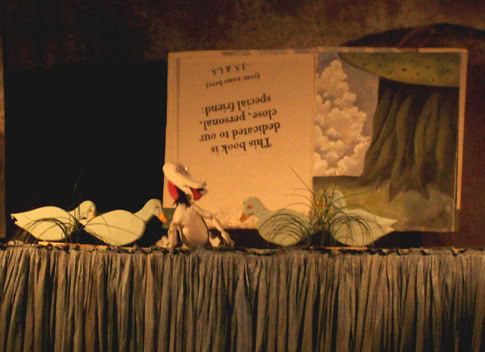 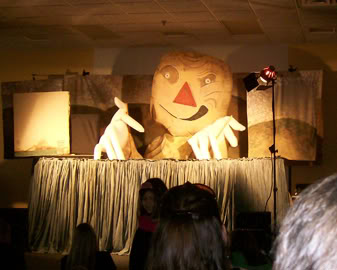 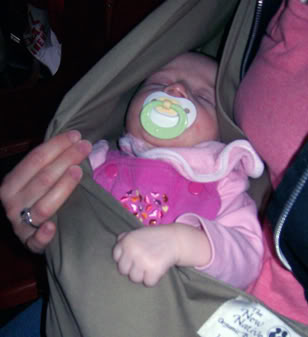 Autumn was a good girl and slept in the sling the entire time.

Then, after the puppet show we got to meet the two puppeteers and got to see what their setup looked behind the curtain. I couldn’t believe it was just the two of them doing the entire show! It was really interesting!