So, last week I got a note that the kids would be having their Easter party AFTER Christ’s resurrection. I have no idea why, but Nathan had the party on Tuesday. Pulling information out of Nathan about what happens at school can be VERY difficult, and it seems he is not the only one that does this when I talk to other Mom’s that have almost 4 year olds.

Ummm, ok, so this is what I found out about the party.

“Nathan, how was the Easter party”?

“I ate a purple cupcake. It was really delicious but messy.”

“The cupcake had purple icing. But, I got it ALL over my face.”

“Nathan, did you have an egg hunt and was it outside?”

“Mrs. M blew up lots of balloons. Pop the Bunny.”

“Pop the Bunny game. I popped my bunny.”

(Me thinking: What the hell?! Pop the Bunny?! Mrs. M loves to make balloons and she probably made the kids a bunny balloon and somehow it got popped, or one kid probably popped theirs then the other kids probably wanted to pop theirs… Umm, yeah, I bet that is what happened. That makes much more sense.)

(Change subject). “So was your egg hunt outside?”

So, see how it is SO hard to get valuable information out of an almost 4 year old? And, the stories they tell, sometimes they are true, sometimes part of it is true or they stretch it a bit… its quite interesting, I must say. 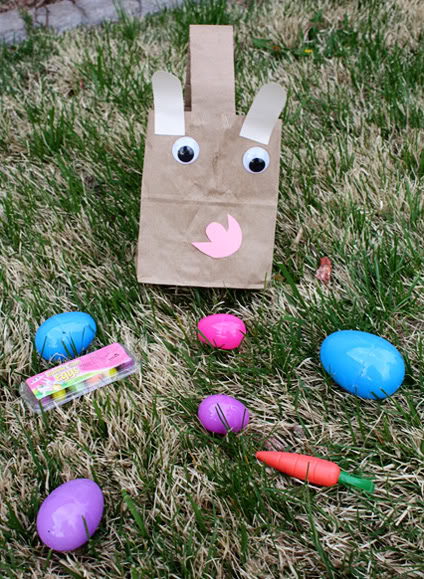 Here is the cute bunny basket that Nathan made, and the eggs that were inside it. He got some mini eggs inside the bigger eggs which was cute, and Mrs. M gave each kid a chocolate egg and bunny carrot stick. 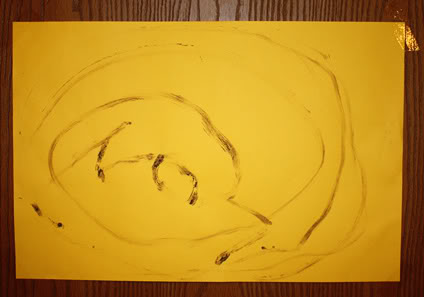 Also, remember how I was talking about how Nathan’s class went around the building to collect dirt samples and some of the dirt had worms in them? Well, they took the dirt and the teacher had them make ‘worm tracks’ with their finger, the dirt and water. Here are Nathan’s ‘worm tracks’… so precious!