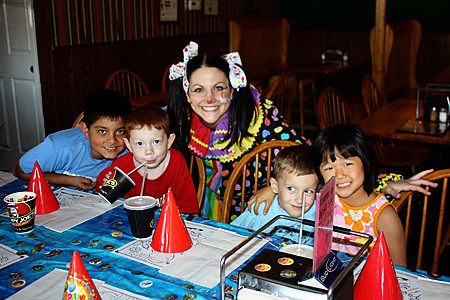 After t-ball, I took Nathan to a birthday party for one of his classmates. It was at Happy Joe’s, which is one of my favorite pizza places! The lady who hosted the party has a sister that works there and she dressed up as a clown for the party. 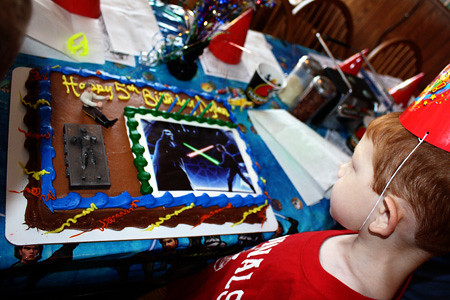 This was the sweetest party ever, they had pizza and soda for the adults, too! And, here I thought I was going to starve since there was no time to eat inbetween t-ball and this party! Yay! The birthday boy doesn’t like pizza (too funny since they had the party at a pizza place), so they ordered him a mac and cheese pizza since he likes mac and cheese. He tried it but didn’t like it, either… but, I bet Autumn would love it. I need to take her to Happy Joe’s so she can try it sometime. They also had a taco pizza. Ha-ha! Here is his Star Wars cake. 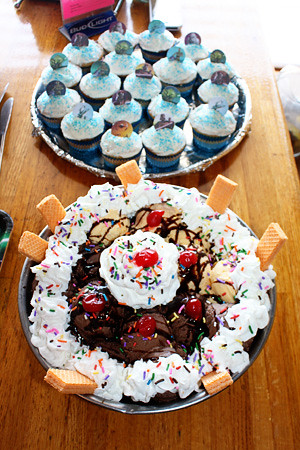 The tradition at Happy Joe’s for parties, too, is to have a bowl full of 24 scoops of icecream! Wow! That is a lot of icecream. She had cupcakes AND the Star Wars cake, too. 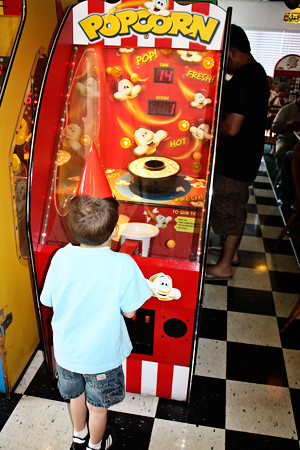 Then, after eating the kids got to play some games. So much fun!