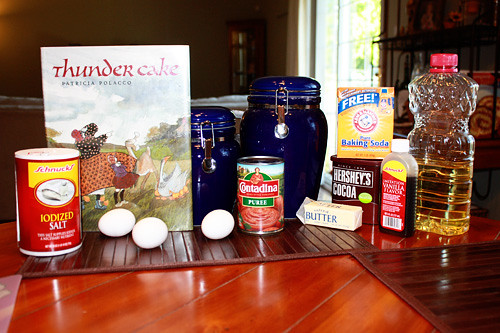 There has been A LOT of thunder around here lately… so, we decided to get Thunder Cake from the library. Its a story about a Grandmother that tries to calm her Granddaughters fear of thunderstorms. I did however modify the recipe a bit, according to Sugar Plum’a blog post on it. She added even more of the secret ingredient (tomato puree) and I used her ganache recipe. 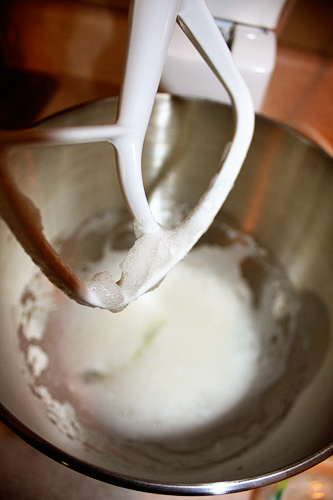 This cake did take most of the afternoon to make, but it was a lot of fun! I have never done a two tier cake before… Here I am mixing the egg whites. 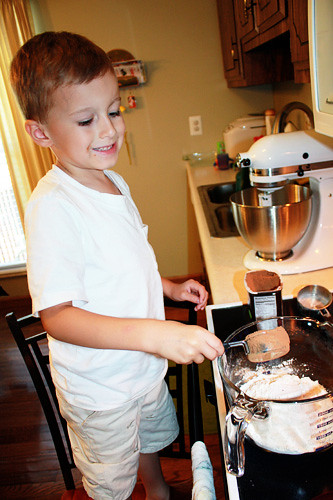 Autumn was napping until I got the cake in the oven, so Nathan was my big helper. He enjoyed dumping the powdered chocolate into the dry ingredients. 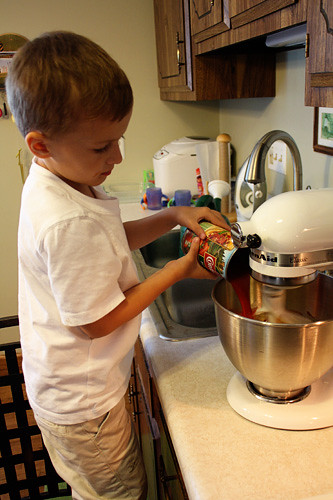 And, of course he enjoyed adding the secret ingredient… Tomato puree! He told me, “EWWW!” (But, he did eat it! And, told me it was even better then birthday cake!) 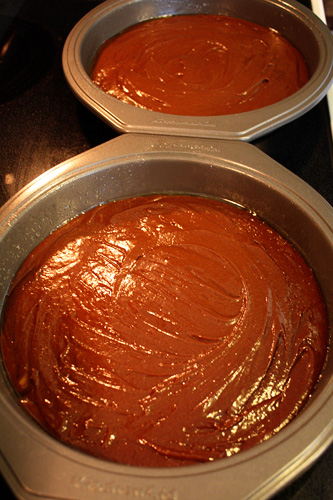 The two cakes, ready to go in the oven! See, you can’t even tell they have tomatoes in them! 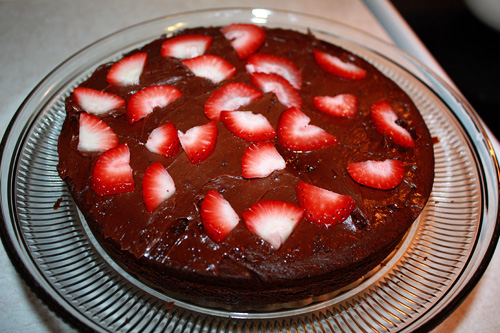 After the cake finished baking, I let it cool, and then I iced the top of the bottom cake, and layered it with sliced strawberries. 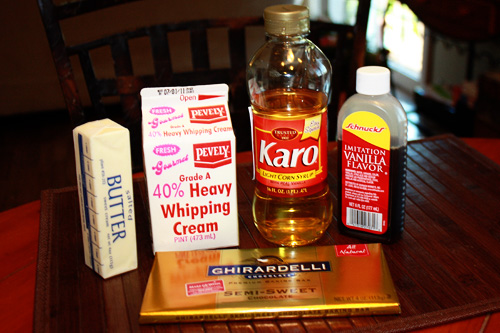 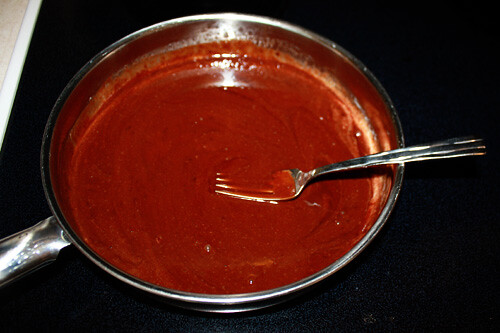 I was trying to figure out what kind of icing to put on this cake, and that is when I found Sugar Plum’s blog. I made her ganache, which was really easy and you just ‘pour’ it over the cake after simmering it on the stove. Pretty easy! And, it was SO good! 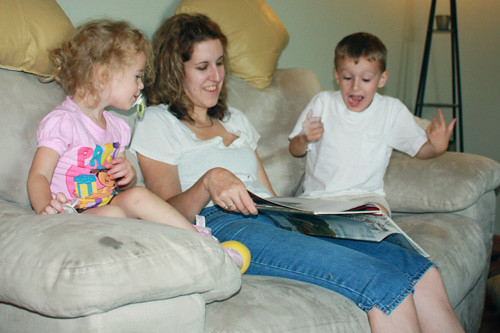 Of course, I read Thunder Cake to the kids before we enjoyed our delicious treat. The kids loved the book, especially all the counting to each clap of thunder and the dark colors of the storm coming in. 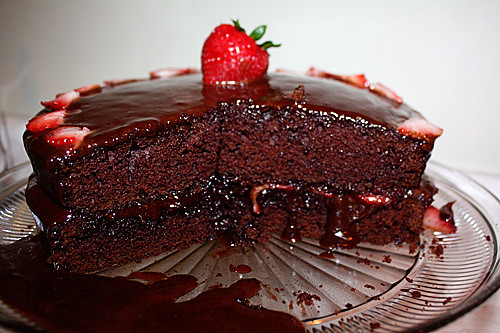 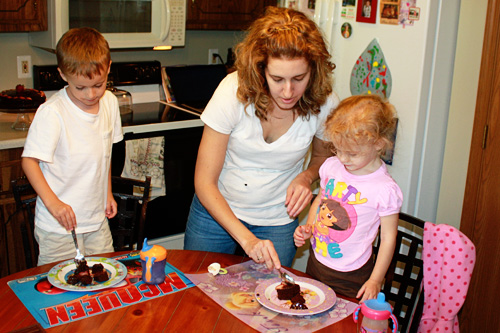 In a medium bowl, using a mixer on high speed, beat the egg whites (reserving the yolks) until stiff peaks form, about 2 minutes; set aside.

In an additional medium bowl, sift together flour, cocoa powder, baking soda and salt.
In a large mixing bowl, using a mixer on medium speed, beat together oil, butter and granulated sugar until well combined and creamy, about 1-2 minutes. Beat in yolks, vanilla and tomato until combined. Reduce mixer speed to low and gradually beat in flour mixture until combined, about 2 minutes; fold in egg whites until combined.

Divide batter into cake pans. Bake 33-37 minutes or until a toothpick inserted into cakes comes out with moist crumbs attached. Cool pans on wire racks for 12 minutes; run a knife around outside edges and invert onto wire racks to cool completely.

To make the ganache, heat cream in s small saucepan over medium-low heat, and bring to a simmer. Reduce heat to low and whisk in chocolate until melted; whisk in butter, corn syrup and vanilla until combined. Pour and spread ganache over cooled cake layers.