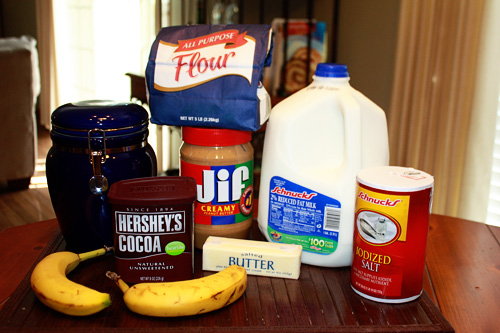 I wish I would have had this recipe when we were having the HEAT WAVE, but it was still a really tasty late summer treat. I tweaked the recipe that was posted on Move it 2011, since it was a little easier to find the ingredients. Also, Janna gave me some suggestions on how to tweak it (since she made it right before me) since it was being tweaked. LOL! 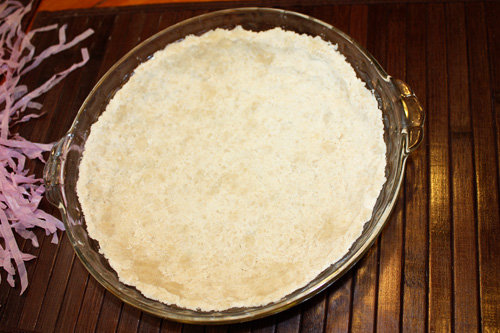 First I made the crust, which was made of melted butter, flour and sugar. I put it in the refrigerator for 30 minutes to set while I worked on the peanut butter layer. 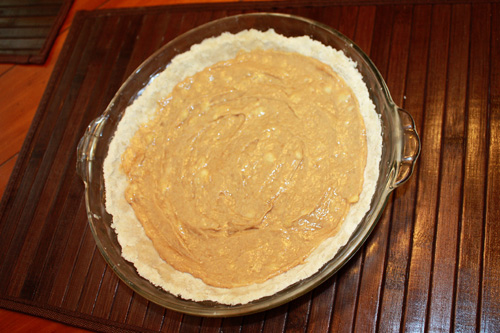 The peanut butter layer consisted of peanut butter (of course), milk and a ripened banana. After pouring in the pie dish, freeze for one hour. 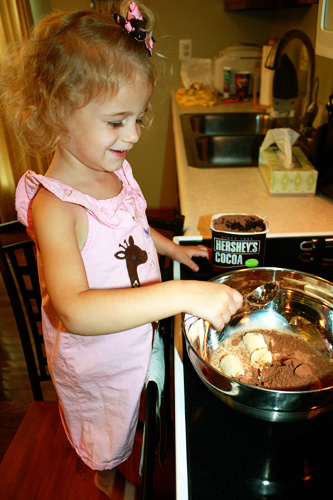 Of course, for the chocolate layer, I had a little help. 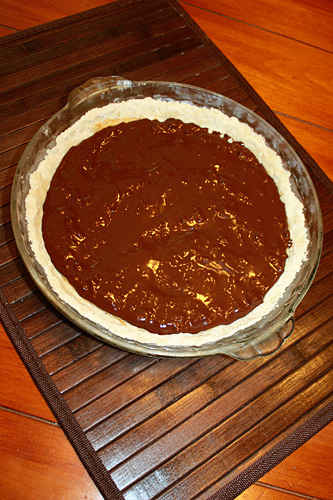 The chocolate layer was last and consisted of cocoa powder, milk and a ripened banana. Freeze for 1 hour. 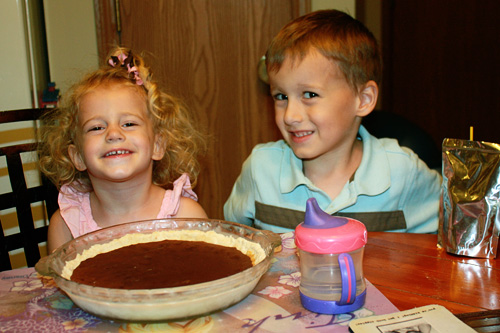 The kids with our refreshing treat.

Easy to make, and no baking required!

Crust:
1 ¾ cups flour
¼ cup melted butter (I had to use an extra tablespoon to get the right consistency)
2 tablespoons sugar

Mix the crust ingredients together, they should have the texture of wet sand. Press into a nine-inch pie tart and chill in the refrigerator for at least 30 minutes while you prepare the peanut butter filling.

Blend or whip together the ingredients for the peanut butter filling. Pour into crust, and return to the refrigerator or freezer for an hour to set up before adding the top layer.

Blend all of the ingredients for the chocolate layer together until smooth. Pour over the peanut butter layer, and return to the freezer until the pie is set, another hour or so.

Grab some forks and share with your loved ones, preferably straight out of the pan before it melts.