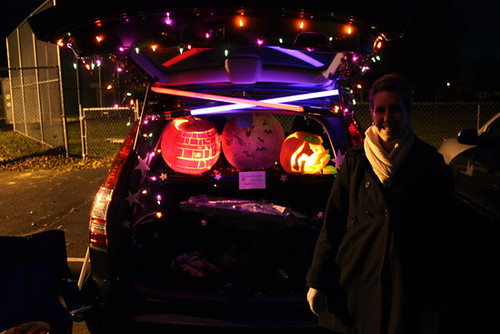 Last Saturday was Trunk or Treat, and since it was J’s weekend with the kids, we had ALL of Saturday afternoon to decorate my trunk. We also won SECOND place (we won third, a few years ago), and our prize was a Chic-fil-A gift card. Who doesn’t love Chic-fil-A? 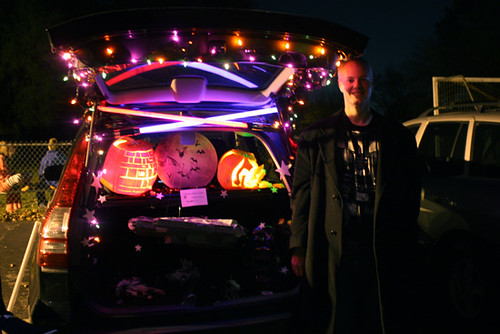 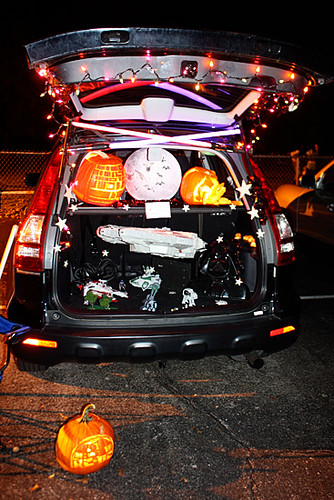 There is a little more light in this photo, and you can see that we did a Star Wars theme. Brian supplied the really rad (do people still use that word?) life sabers and even carved a Death Star pumpkin complete with a tazer that ‘blew up’ another pumpkin. Then, we had a large Millennium Falcon we hung and then put some of Nathan’s Star Wars Squinkey space ships and figures at the bottom. 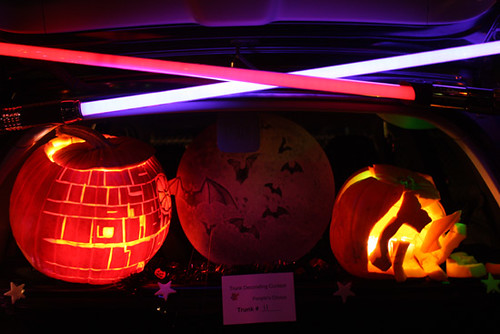 A closer view of the pumpkins… I love the Death Star pumpkin! So much work and detail. I was a little nervous to have lit candles in my car, but Brian promised me that my car would not catch on fire. Ha, ha! I am SO paranoid about stuff like that, yes, I even keep our toaster unplugged! 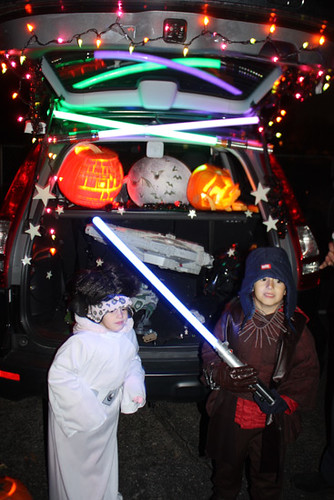 The kids by the car… I did not get one. single. good. picture of the kids that night! 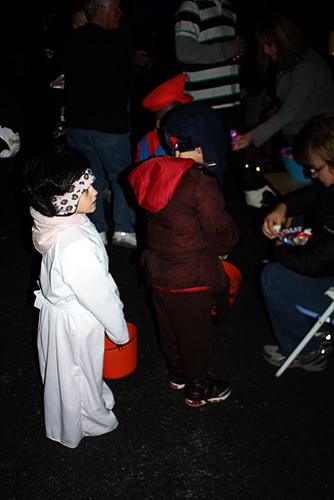 The kids were excited once they got to go trunk or treating. I think there was 23 cars total, so they did fairly well since they went around almost two times. 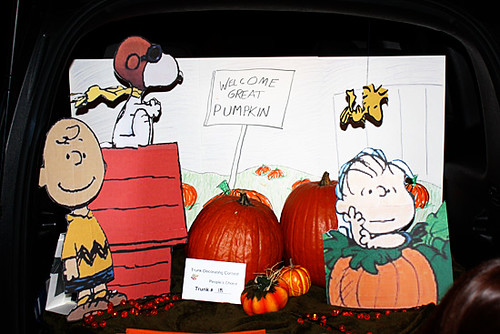 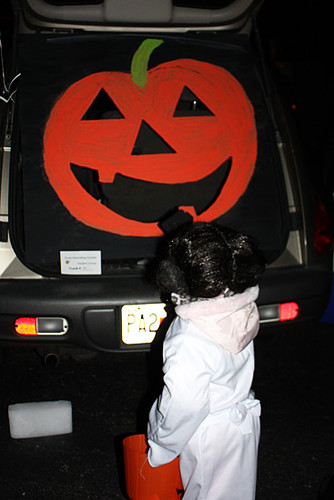 A couple of my favorite trunks… Charlie Brown pumpkin and a pumpkin bean bag toss (this one won first place). 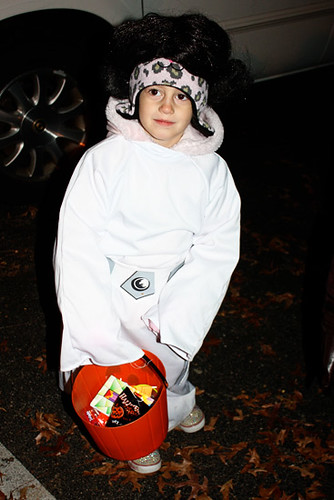 Autumn with her stash 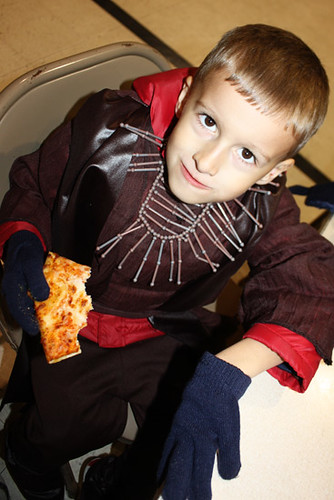 Then we headed inside where it was warm, the kids enjoyed pizza and some more games that were inside. 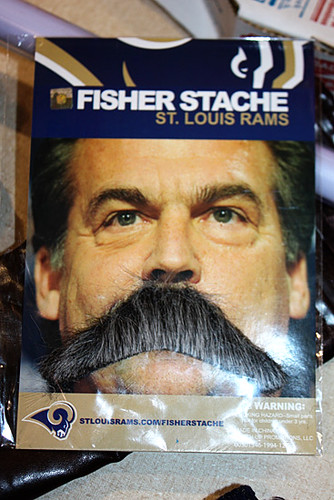 One of Nathan’s prizes from a game. Uhhh, oh boy, that there is a mustache!