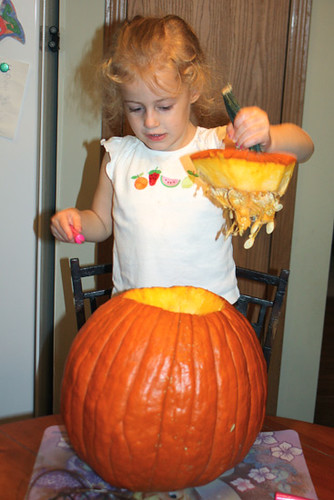 After letting the kids each pick out their own special pumpkin at Eckerts, we decided to carve them… I LOVE Autumn’s face in this photo, she doesn’t seem to know what to think about what she sees inside her pumpkin. ha! 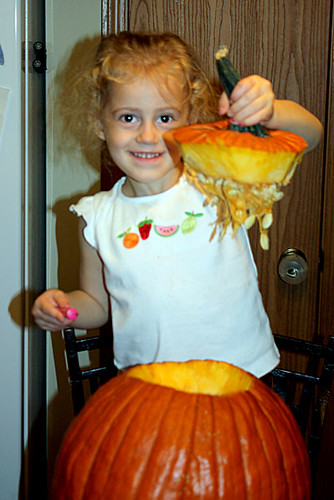 Holding the stem up 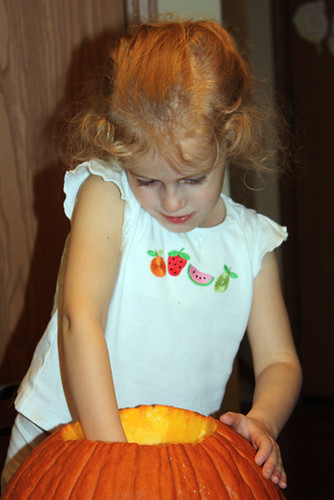 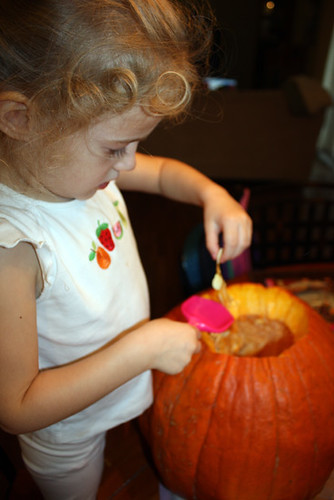 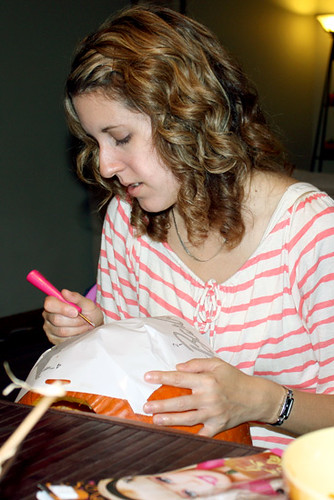 I got to work on carving her pumpkin while she played with the pumpkin seeds. This was the first time I used a template for carving, I usually don’t spend money on those things… I usually just freehand some sort of Jack o Lantern face that is really simple! So, this was a little new to me… and, boy, was it tedious! I am not sure if I can say I enjoy carving pumpkins with templates, but the end result IS pretty cool. 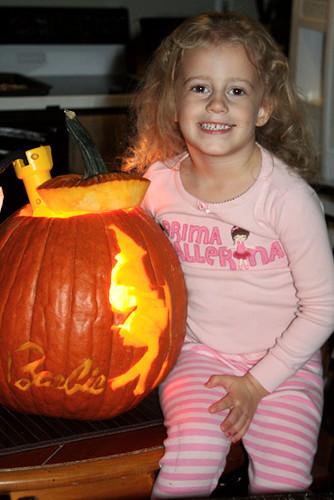 Ta-da! Look at Auttie’s moppy hair, I had taken out her pony tail. I wonder if there is an easy way to straighten a girls hair without using a flat iron… just thought it’d be cute to do Auttie’s hair straight every so often… Wonder if I could blow dry it out straight? Hmm. 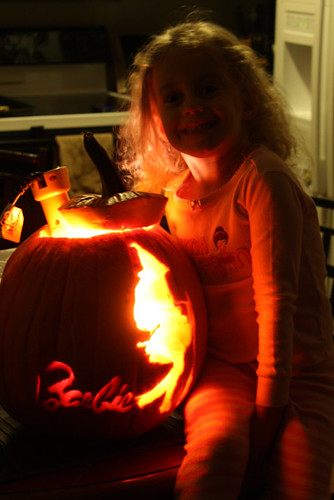 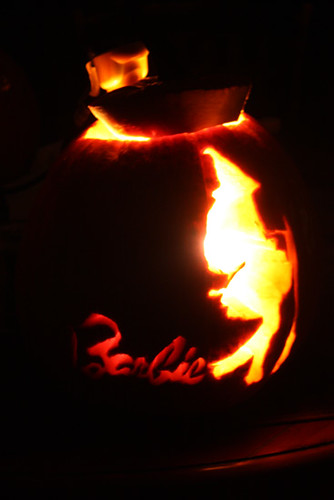 Lights out. Autumn got this witch Barbie for Halloween, so of course we had to do this pumpkin. 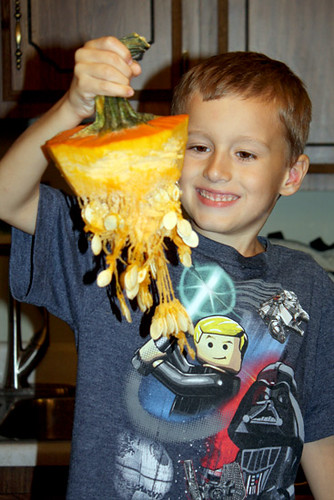 Ok, now Nathan… I don’t have as many photos of Nathan because he was working on a research project, an animal poster which involved a lot of work! Here is Nathan taking off the top of his pumpkin. 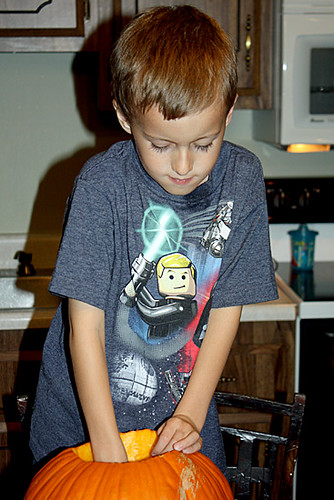 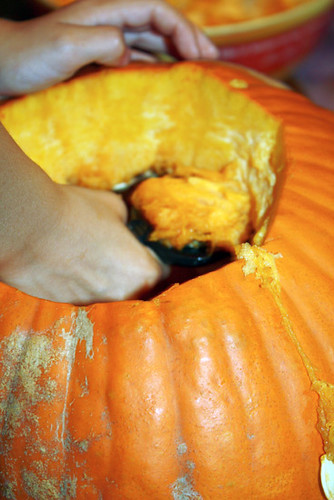 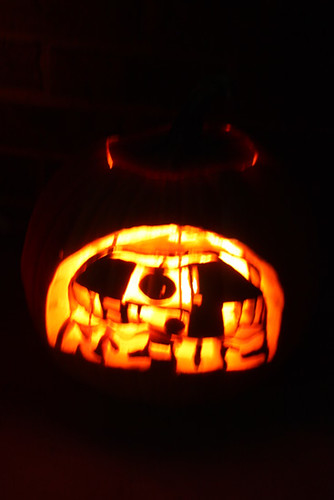 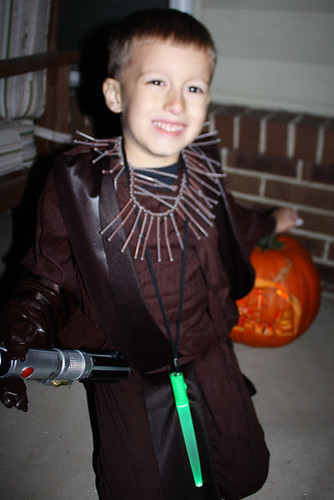 Nathan with his pumpkin