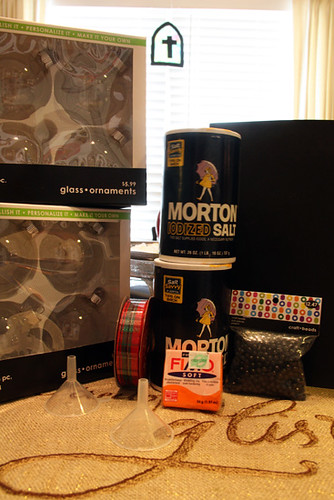 Every Christmas season, I select a homemade ornament idea (oh, if only Pinterest was around when Nathan was first born!) for the kids to make… and, I have quite a collection on my tree from the last several years. This year, I wanted to try the Melted Snowman ornament because it looks really nice and is really easy for a 6 and 4 year old to work on. The supplies were pretty slim, glass ornament balls, ribbon, orange baking clay (Fima), black beads, salt, funnels and black paper for the hats. 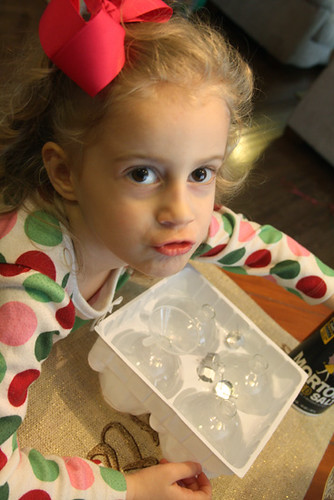 Autumn ready to get started. Love how she puckered her lips for the camera! 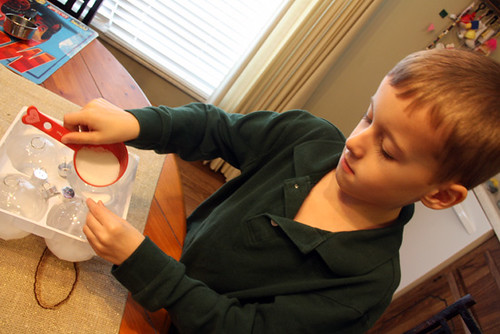 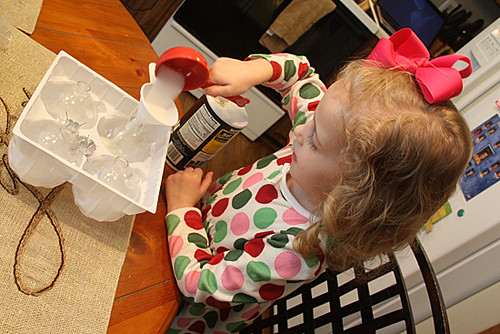 Pouring snow (salt) into the ornaments, so they are 1/3 full. 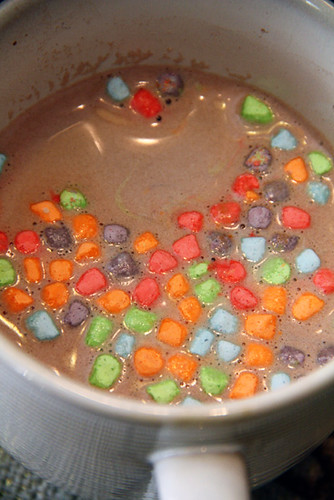 Brian was so sweet to make us all hot cocoa, with colorful marshmallows while we worked on the ornaments 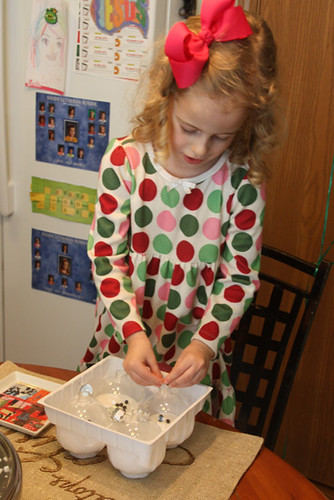 I asked the kids how many eyes does a snowman have? 2. So, I gave them each 2 beads to put in their glass ornament. We added beads for his mouth and buttons, too! 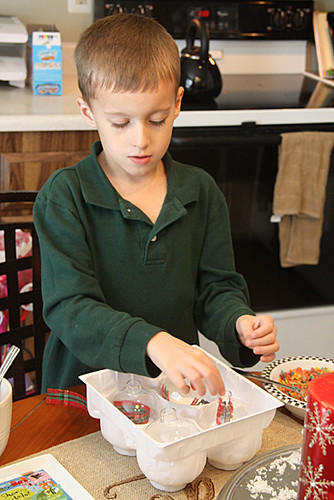 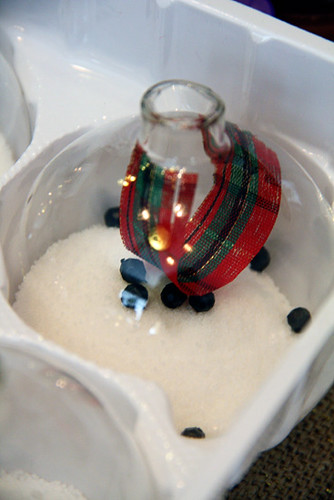 Then, they added a scraf… just a small piece of ribbon where I cut the ends to sort of ‘fray’ them 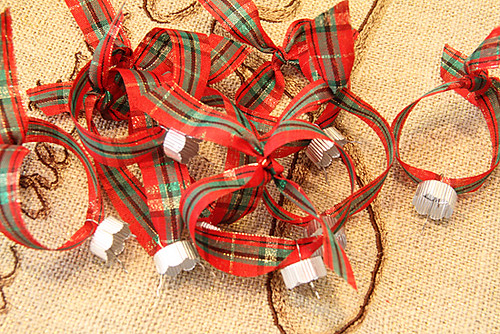 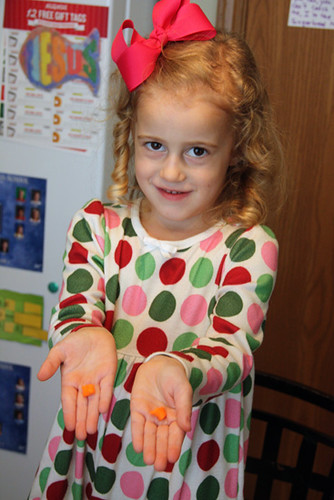 Next we used Fima to make tiny little noses for the snowmen. We needed to bake the Fima in the oven and let it cool before we could add the nose to the ornament. The kids REALLY enjoyed this part… 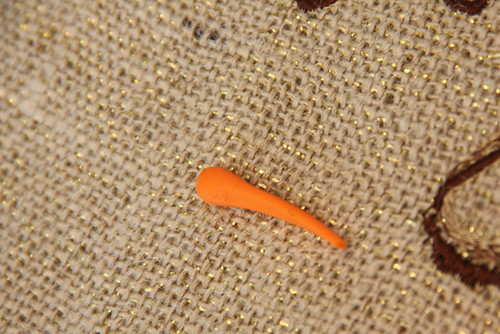 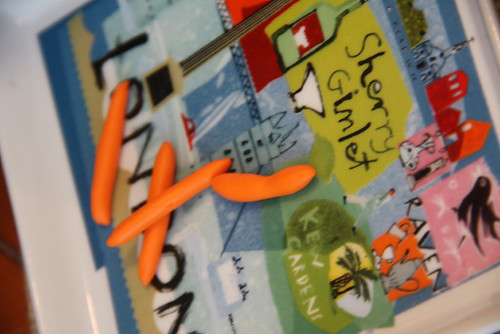 Nathan’s carrot noses after they were baked and cooled. 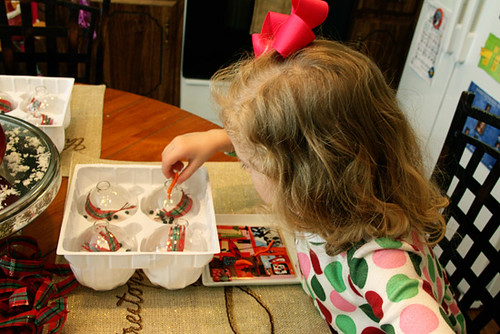 Autumn putting her little carrot noses into her ornaments. 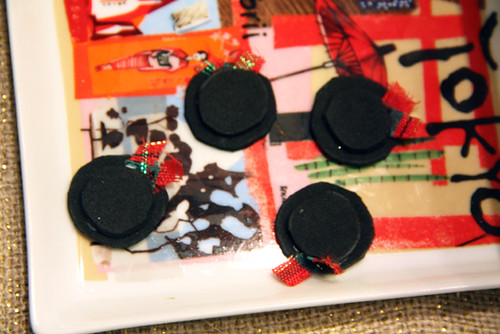 Little snowmen top hats that Brian made to add into the ornaments. Aren’t they cute? 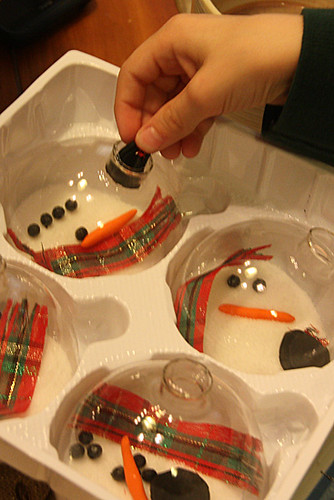 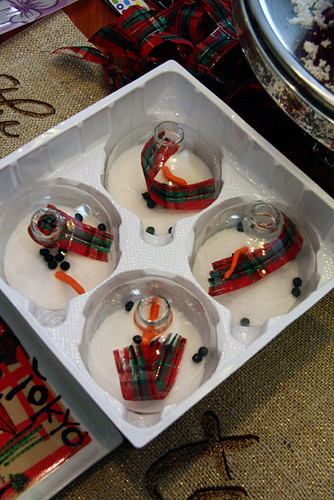 And, then… you have… melted snowman ornaments! 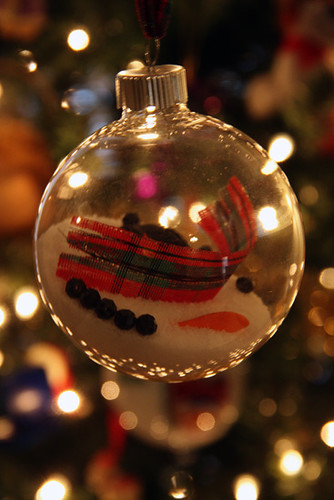 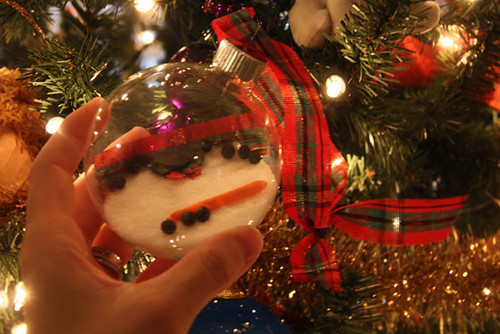 Such a pretty addition to the tree 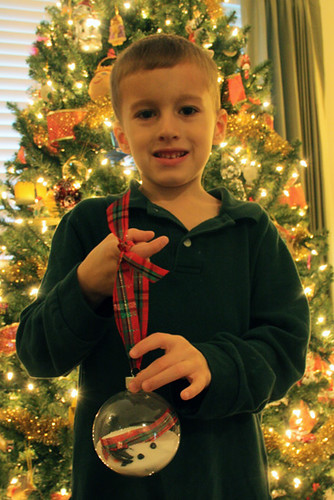 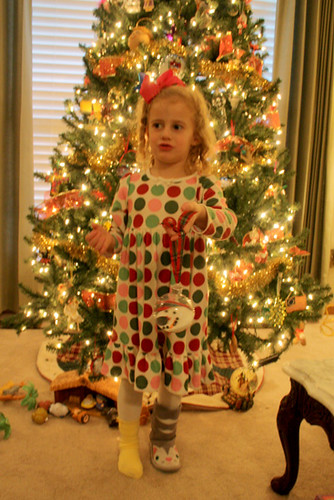 Nathan and Autumn with their ornaments by the tree… these photos did NOT turn out well, but they were proud to show off their work.