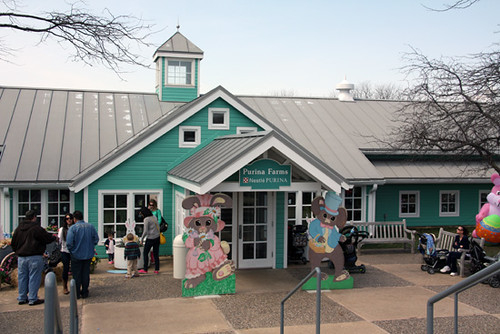 We finally made it to Purina Farms today, after canceling our plans last Friday due to cold unseasonably cold temps and Autumn’s nasty 3 day fever. We hit the jack pot, with a sunny day in the lower 60’s! 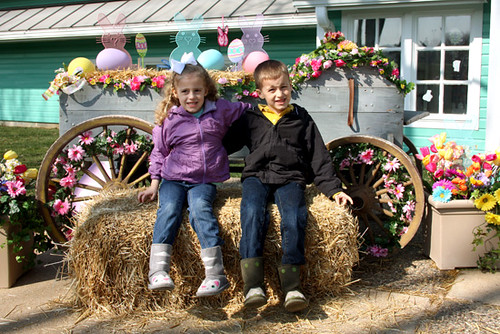 I warned the kids in the car that I wanted to get just ONE photo of them together with big smiles on their faces. Aside from Nathan squinting because the sun was in his face, I lucked out on my wish. 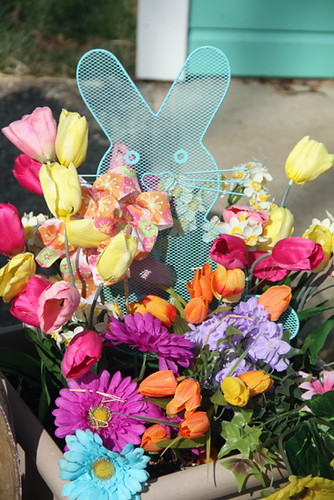 They had some really cute Easter decor throughout the place 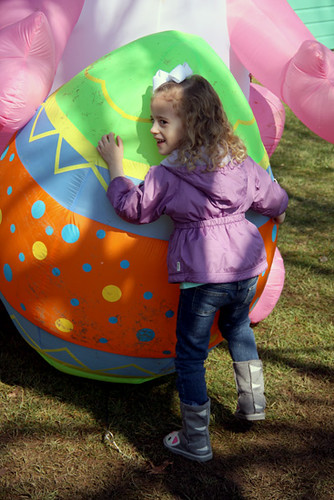 Autumn hugging an inflatable bunny that had an egg. 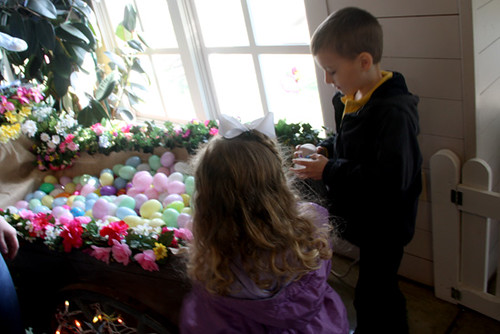 When we walked inside, the kids got to pick out one egg from a wagon. Inside was a small gift (rubber band bracelet, tiny eraser) and a few pieces of candy. 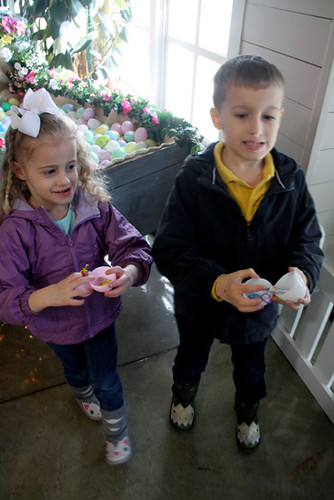 Of course, the candy did not last long… they ate it during the dog show. 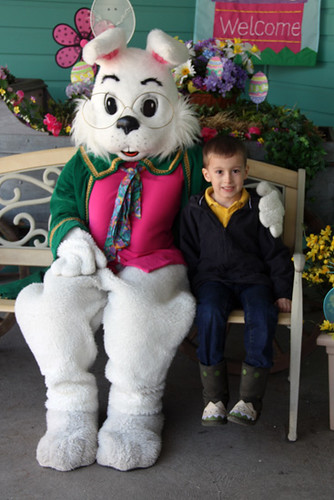 We saw the Easter bunny when we stepped outside and Nathan let me snap a photo of him with the bunny. Autumn said NO, he’s creepy! So… we took them both to the mall bunny later that evening. 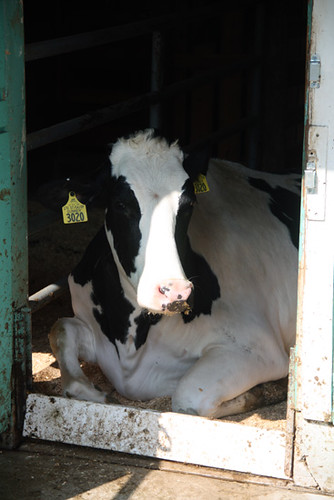 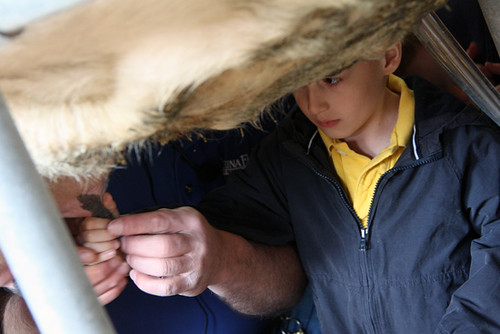 Once we got to the barn outside, they were letting the kids milk a cow. I was surprised Nathan wanted to do this… but, he did! 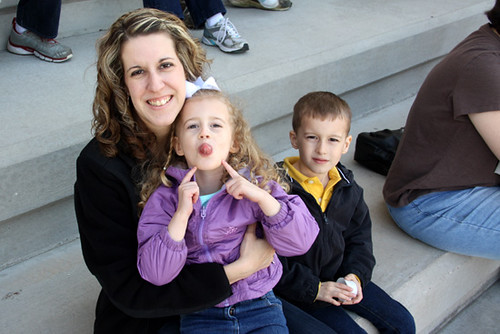 We had to leave the barns (and come back later), because we did not want to miss the first dog show. Here is a photo of me and the kids while we waited for the show to start. Autumn is being silly and Nathan is a little nervous, because he wasn’t sure if he would like the dogs! Of course, after the show he started asking me for a dog… I thought, ohhh here we go! 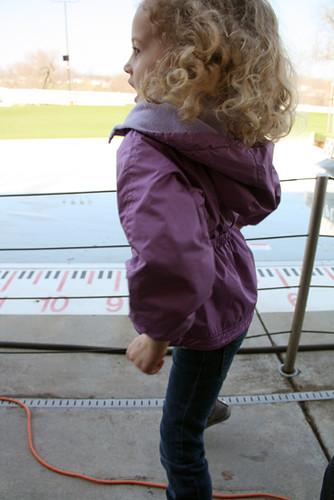 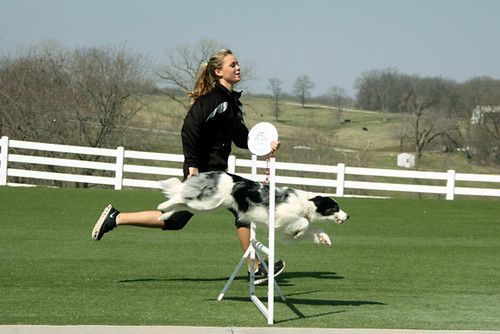 We realllly enjoyed the dog show… I had taken the kids to Purina when Autumn was 1 and Nathan was 3.5 and they had the pool open for the show when we had gone. But, it was closed due to cold temps, so we missed that part of the show… oh well! 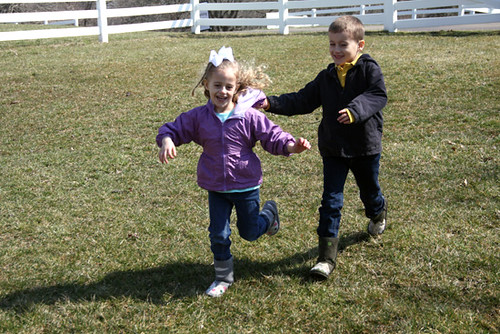 After the show, the kids wanted to chase each other… so, I let them unwind a bit after sitting so long before and during the show. 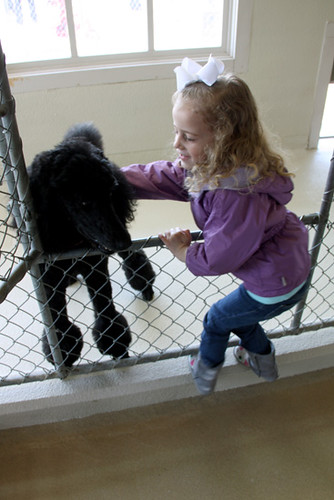 After the show, we went into the building with the cat mansion and little petting areas with dogs and yes, pigs. 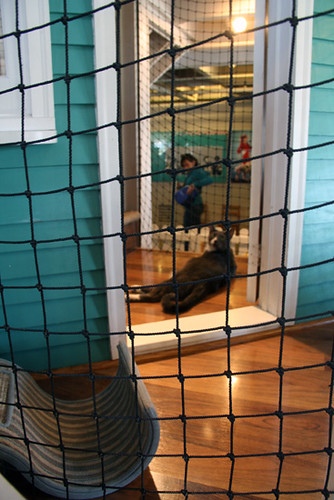 The cat mansion is a 2 story house for their cats, but we only saw one cat in the whole house! 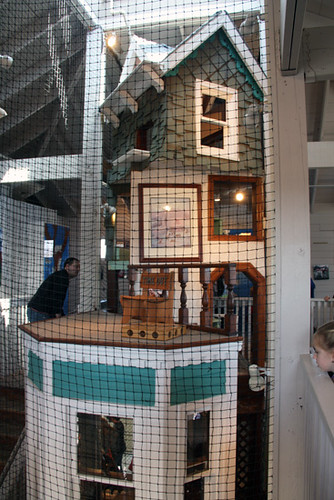 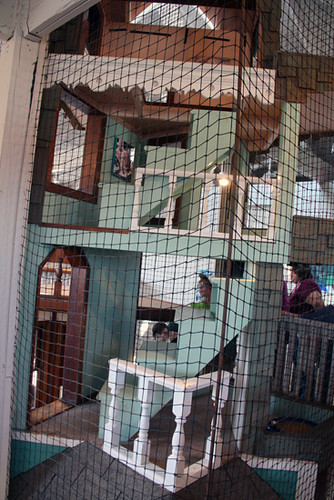 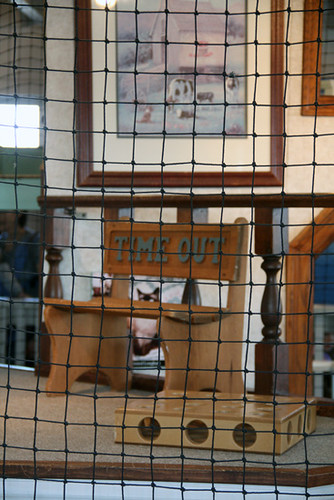 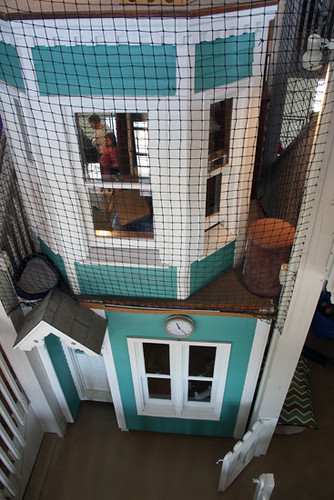 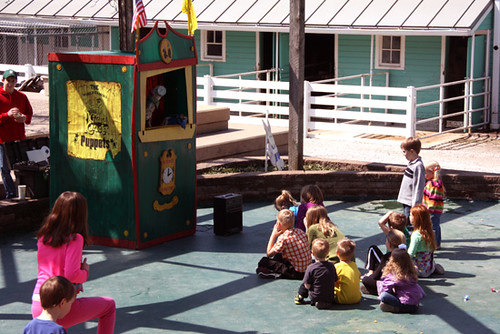 Puppet show (not a very good one, might I add). We watched it while we ate lunch. 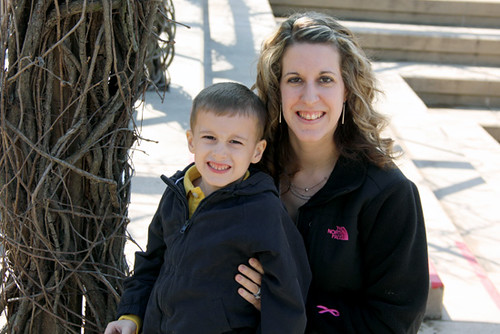 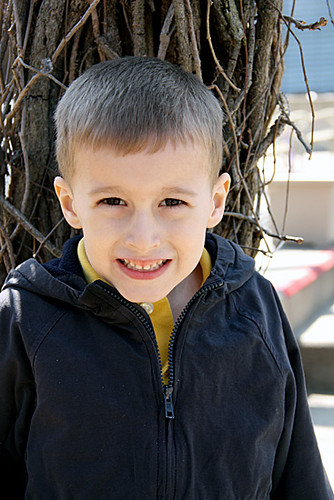 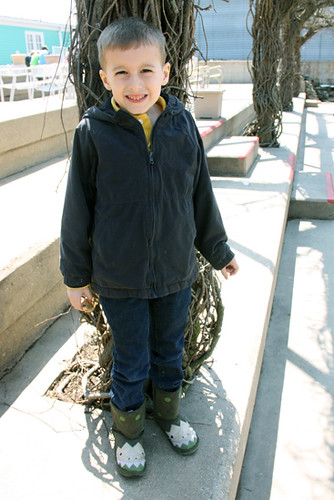 Some photos I took of me and Nathan while Autumn was preoccupied with the puppet show. I love my camera! And, I LOVE my little boy! He is not so little anymore, though… I can’t believe he will be 7 soon! 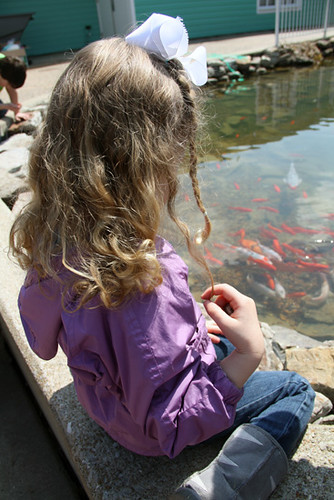 On our way out, the kids saw some fish and wanted to stop to look at them. 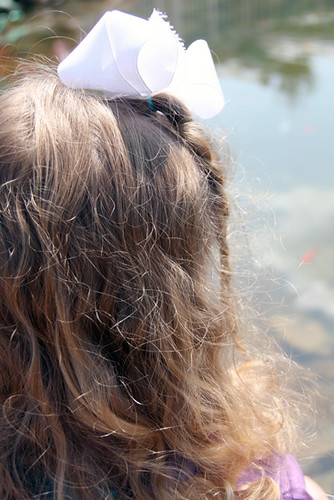 I love this big and white bow in Autumn’s hair 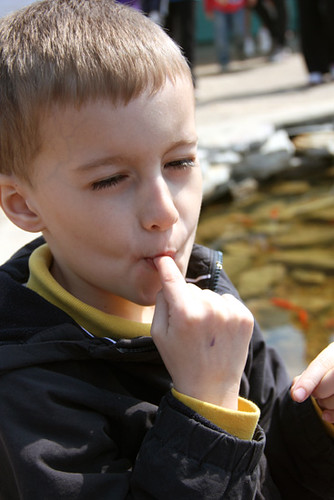 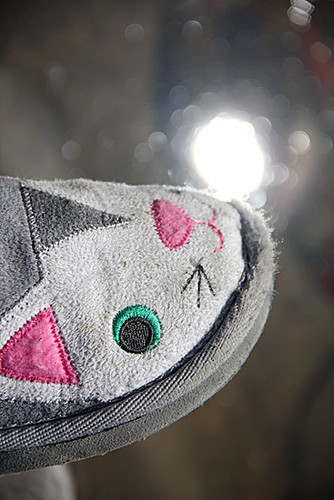 With all of the snow melting, I
I was a little worried it would be muddy out so I had the kids wear their cute boots from Old Navy. 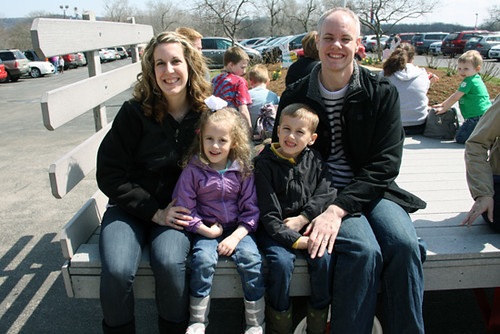 The last thing we did was go on a wagon ride around Purina Farms. I asked someone to take a family photo of us and I think it turned out pretty good! The kids smile and look at the camera so much better for a stranger than for me! 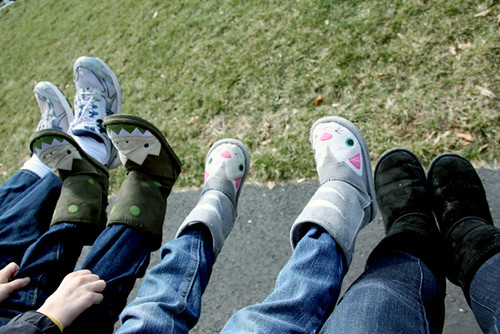 Here is a fun little photo I took on the wagon ride of our feet.