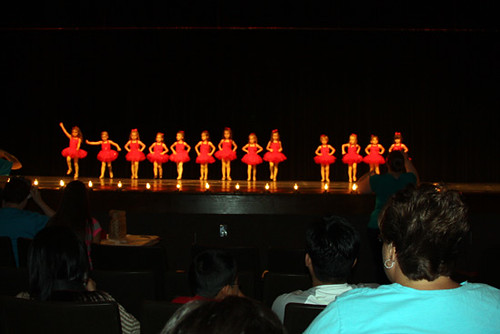 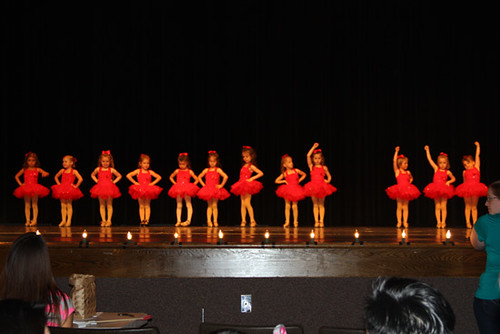 This past Monday was Autumn’s dance recital and if you follow me on Twitter or Facebook, you saw that I wrote she cried during her entire performance yet did all of the steps. Aw! I was really surprised by this, because she did fine at the rehearsal and it was on the same exact stage! I felt so bad for her I was crying myself! On the night of the recital, we weren’t allowed to take any photos or video, so these are actually the rehearsal photos I am sharing with you! Here she is up on the stage with her entire class, I love how red their dresses are! She is the eighth girl from the left in both of these photos. 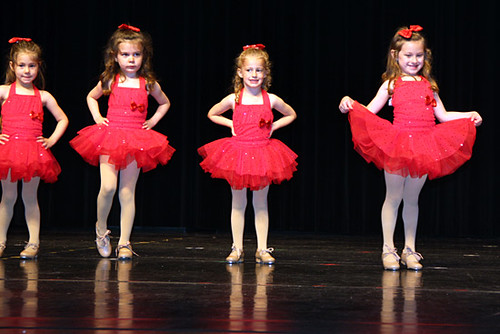 A closer shot of little Miss Autumn. She’s so beautiful! I love how the girl next to her is spreading her skirt out. 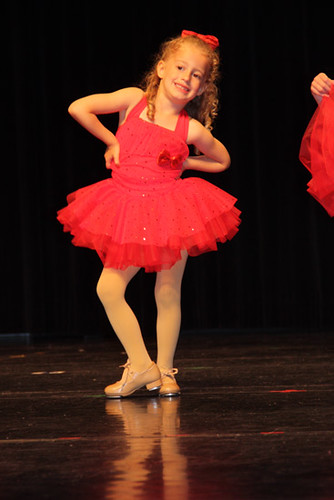 She spotted me in the crowd and is posing for me. 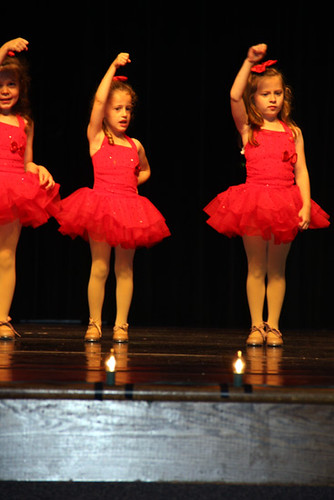 Here she is performing. I watched it, so I did not take a lot of pics of the performance. I do plan to buy the video they took of the recital night, even though she’ll be crying in it. 🙁 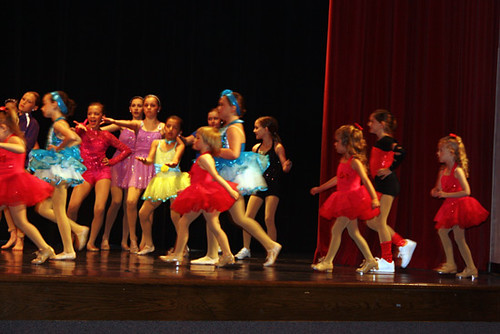 They also practiced the grand finale, I have no idea how they organize this with all of the different classes! You can see her in this photo getting on the stage again. 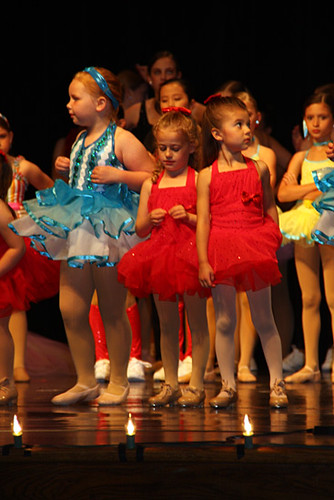 I could tell the poor thing was a little nervous up there, she kept picking her nails or she would fiddle with her skirt. 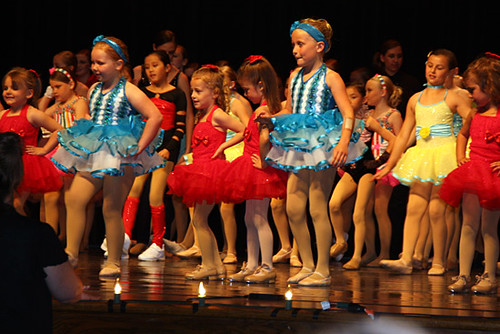 On the recital night, after the grand finale they did a balloon drop and she caught a red balloon (of course). I am hoping to put her in dance again in the fall, although we are also giving a gymnastics school some thought as well.