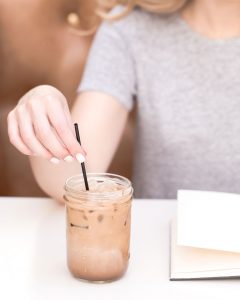 Hope everyone had a great weekend! Well, the kids went back to school on Thursday and I felt a little off that entire day… I’m usually a go, go kind of person and with them back in school I had a ton of items on my to do list… but, I wasn’t feeling very energized. Then, at midnight that evening I woke up with the stomach bug. It was BAD. I pretty much spent the entire weekend recuperating from it. I think I’m almost finally feeling normal again. So, I thought this post had perfect timing, because I pretty much laid on the couch and read books all weekend! 🙂 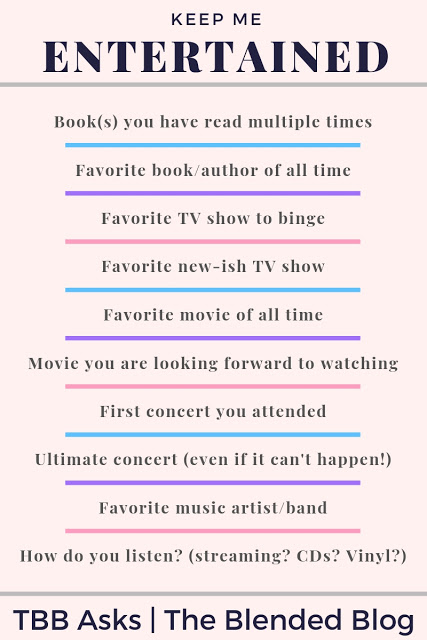 ONE: Books You Have Read Multiple Times

The Bible (I’ve only read it the entire way through once, read portions of it daily)

Watchers (Dean Koontz), Flowers in the Attic Books (V.C. Andrews), Misery (Stephen King), The Great Gatsby (F. Scott Fitzgerald) and a TON of other ‘classic’ American Literature books (too many to list).

Kind of weird that I’ve read so many horror books more than once? Most of these were read when I was in high school and had a lot more time to read a book more than once. I was really into Stephen King in high school (I think a lot of people were and still are). I’m not as much into horror these days. I wish I still had time to read a book twice… but, I’m too busy! And my ‘to read’ list is WAYYY too long versus the free time I have available.

TWO: Favorite Book/Author of All Time

Ok, aside from The Bible… I’m not sure. I read books from SO many different authors these days. Like I said above, I used to LOVE Stephen King back in high school.

I would say maybe The Nightingale by Kristin Hannah. I’ve read a lot of her books and I swear, they just get better and better. I am also drawn to books about WWII and the Holocaust.

Ugh, I don’t have a lot of time to binge on TV Shows, BUT I really love The Crown. I started to watch Ozark, because I do live in St. Louis and the Ozarks are in Missouri, but I never had time to finish it.

Hmmm… I don’t know!! Does ‘Nailed It’ count? We binge watched all of those while prepping the house and food for Christmas. LOL. Maybe this gives away how LITTLE TV I watch… I guess I’ll read all your answers to this one. LOL. We have Netflix and I need to get on top of checking out more of these awesome TV Shows.

FIVE: Favorite Movie of All Time

Can’t list just one. Just can’t. The Sound of Music. Annie. The English Patient. I really loved Reality Bites when I was in high school, I have that entire movie memorized line by line. Pretty Woman. Dirty Dancing. American Beauty. Empire of the Sun. Gone with the Wind. Logan’s Run (had to add a Science Fiction one!). Ok, I’ll stop! Ha!!

SIX: Movie You Are Looking Forward to Watching

My husband and I are planning to watch Bird Box next weekend. We keep hearing about it and it sounds… umm… interesting. LOL. I don’t think the kids are old enough to watch it yet, so we’ll be watching it alone.

New Kids on the Block! Ha, ha! 🙂 The funny thing about this is that my HUSBAND (then boyfriend) broke up with me right before I went to this concert with my friends. 🙁 I was so sad! I was only 13 at the time, SO… 🙂 Yes, probably too young to even have a ‘boyfriend’. The funny thing is that when my husband and I reunited 20 years later, I gave him trouble about breaking up with me and ruining my first concert. When we were dating (the second time, in our thirties) he surprised me with New Kids on the Block concert tickets, because they were coming back to St. Louis to tour again (many years later! LOL!). 🙂

EIGHT: Ultimate Concert (Even if it Can’t Happen)

I’m not a huge concert go’er, so I really don’t know. It’d be neat to go back in time and attend one of The Beatles concerts. 🙂

Billy Joel, Genesis, Tim McGraw/Faith Hill, Gavin DeGraw (kind of reminds me of Billy Joel, but younger 🙂 ), The Beatles… I could go on 🙂

Lately I listen to music a lot on our Echo Dot!