Today was Grandpa’s funeral… it was such a sad day for all of us. Nathan was too young to understand what was going on and he had only seen his great grandfather two or three times. My mom said that Grandpa always asked how Nathan was doing.

My Grandfather served in World War II so they draped the flag over his casket and folded it up to give to my aunt (next of kin) for her to keep. They had 3 military men at the site and one played TAPS on the trumpet. It was really sad but now Grandpa is laying next to Grandma who passed in 1988!

I must say… I am so scared to die someday… you just never realize how short life is until you are reminded of it when someone close to you dies. I just thought Grandpa was going to live forever and I had plenty of time left to bring Autumn to meet him. I have one grandparent left now, my dad’s mom/my Grandma who is 93.

Here are some pictures… 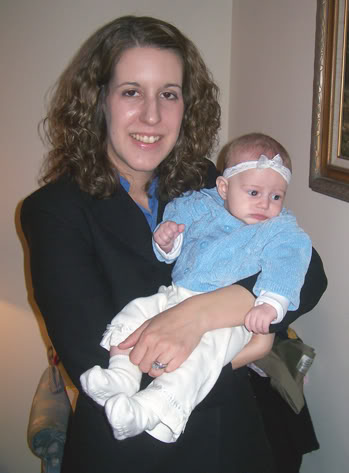 Me with Little Bits! 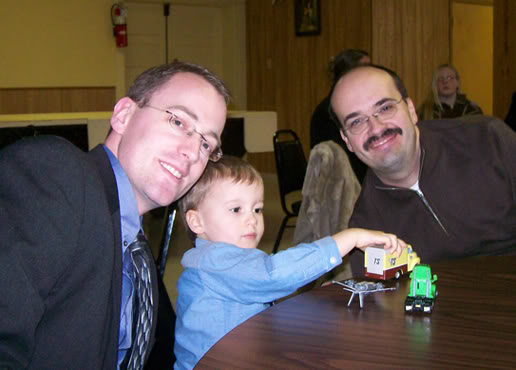 This was at lunch after the funeral…Jeremi, Nathan and my brother Jeff 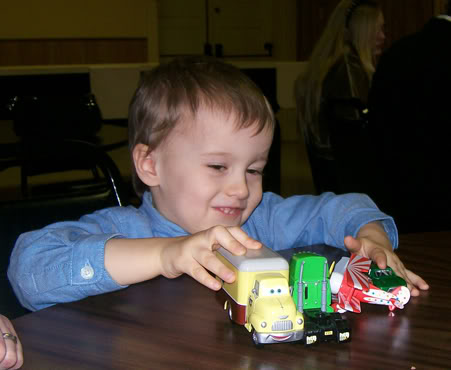 Nathan playing with his cars on the table 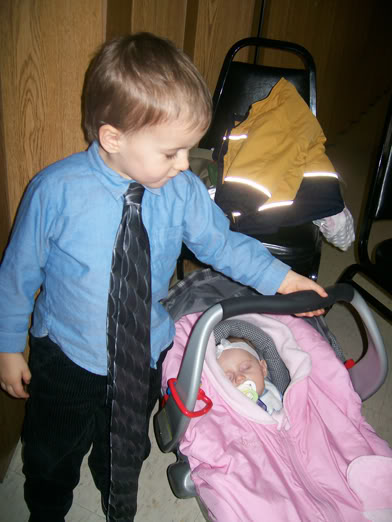 SOMEHOW we lucked out and Little Bits slept through the entire lunch… Nathan is rocking her here. 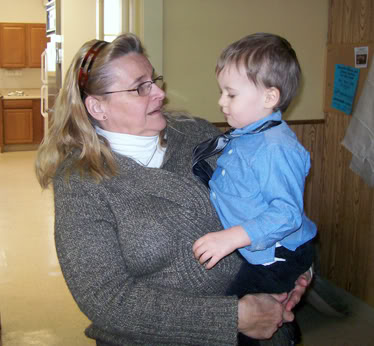 This is my Aunt Shirley (my mom’s sister)… she is the oldest one in the family now. Nathan was running around and she snatched him up.