The Mehlville Moms Club that I am in has a Spring party every year and I always take Nathan (and now Autumn, too!). The kids always get a goody bag, crafts, treats and they bring a live entertainer in. They also open the preschool playground but since it was cold and windy it wasn’t open. My two neighbors Jami and Chris hosted the party this year and they had a lot of really neat crafts for the kids to do. 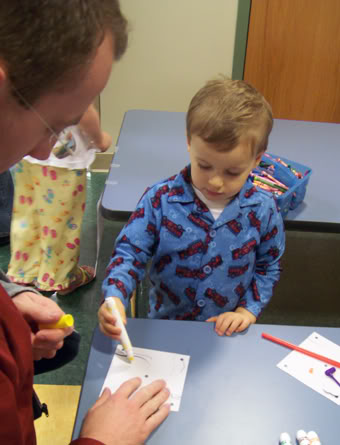 The first craft that Nathan got to work on was a pinwheel. 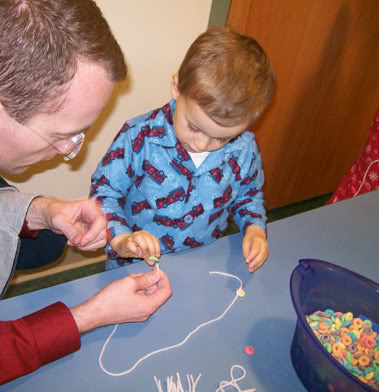 Then he made a bird feeder out of fruit loops. 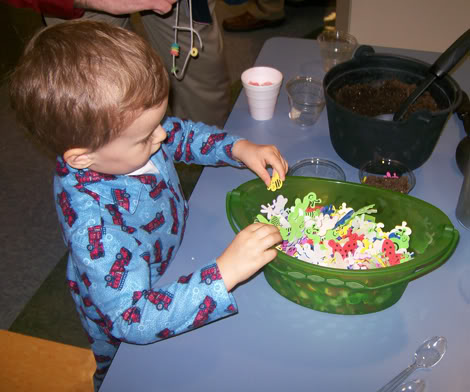 They also got to plant seeds in a pot. This photo shows Nathan selecting some bugs to stick on his pot. 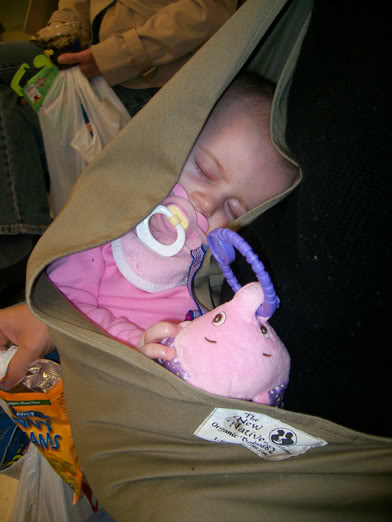 Autumn slept the entire time… I am still getting good use out of this New Native sling! 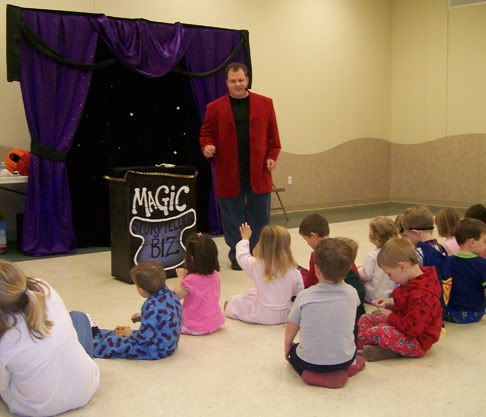 Then the kids got to watch a magic show… Nathan is chowing down on teddy graham’s while he watches. They even had snow cones! 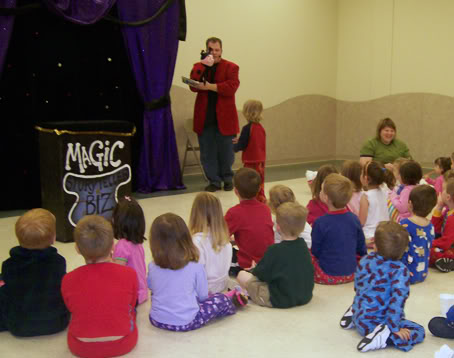 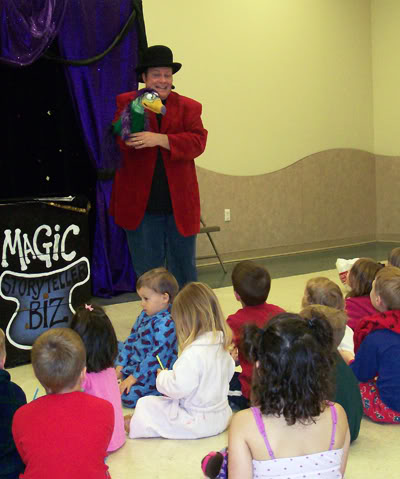 Can you tell Nathan cannot stay still? It is like, “Where’s Waldo?” He kept getting up and changing his mind about where he wanted to sit to watch the show.

I’ll try to remember to take pics of his goody bag contents later. In addition to the goody bag, he also got a kite! I was surprised he picked the Mickey Mouse Clubhouse kite over the Cars kite!