It has been pretty nice in Saint Louis and will continue to be nice through the next week with temps in the 70-80’s!! Today I took both kids to Bohrer Park after picking them up and we had a lot of fun! This is a secret park, or at least I call it that, because it seems anytime I go to this park the playground is ALL Nathan’s! If we go to Suson park the playground is packed! Maybe it is because Bohrer park has an older playground and is not the ‘prettiest’ of all of the parks in Saint Louis, who knows? There was a ball game going on in the distance while we were there, but that was about it. I am having fun taking Nathan and Autumn to the South County parks… we have hit 2 parks in the last month (Watson Trails park ((my fave)) and now Bohrer). I think I may continue this trend and check out some other parks in South County. If anyone has any suggestions, I would love to hear them! I do have some parks I enjoy that are outside South County such as Faust park and Laumeier Sculpture park. If you are from Saint Louis, tell me your favorite park and why.

I am also excited about the fantastic weather because I have the playdate with my coworker (Cami) and her two kids on Saturday and it is going to be 70! Can you believe it? Its July and the norm is hot, humid and sticky… guess we lucked out!! 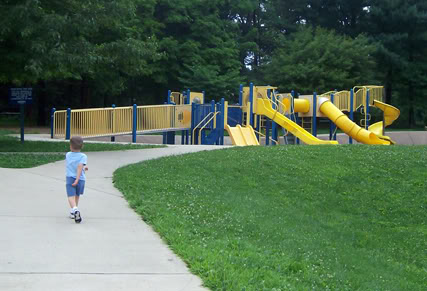 Upon arrival, I placed Autumn in my Baby Bjorn and Nathan ran, yes ran down the trail to the playground. 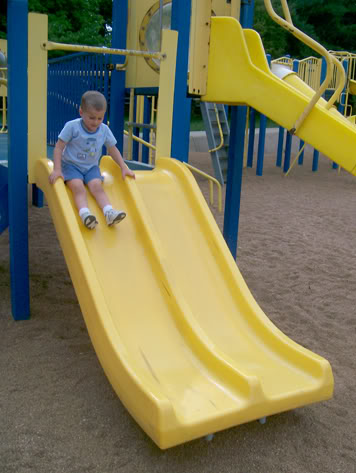 Nathan was in playground heaven as there was FOUR… yes, four… four wonderful slides for him to go down. This is the first slide he went down, the ‘baby’ slide as he called it. 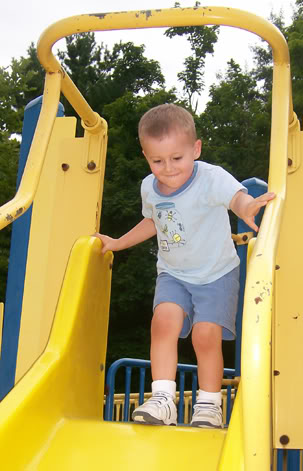 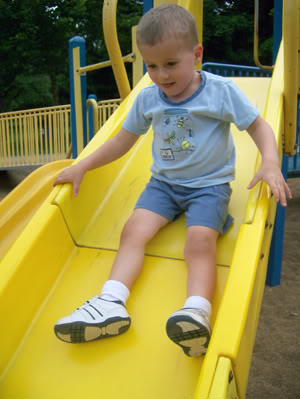 Slide #2. This was another short slide, but Nathan enjoyed it… can’t you tell by the look on his face? 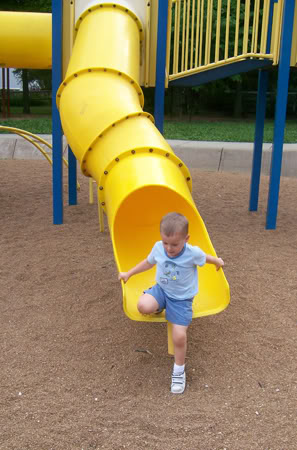 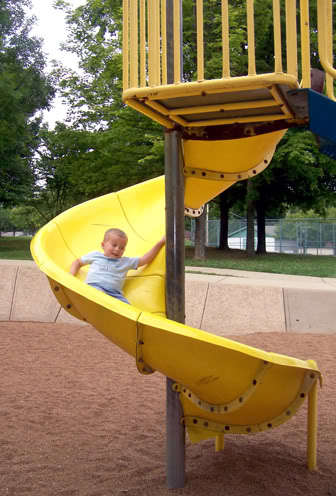 Slide #4 was Mommy’s least favorite slide as it towered over my head and it made me nervous. Sigh… Nathan loved it. (Of course!) 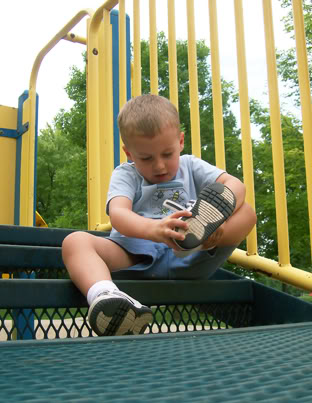 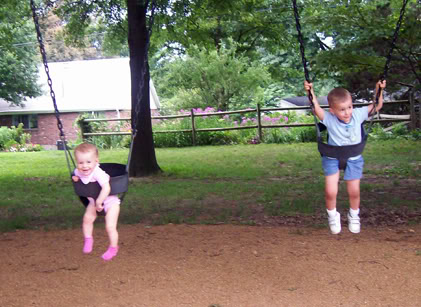 Oh, it was hard… but, I got Nathan away from the playground and got both kids into these wonderful baby swings. Finally, Nathan was held captive. 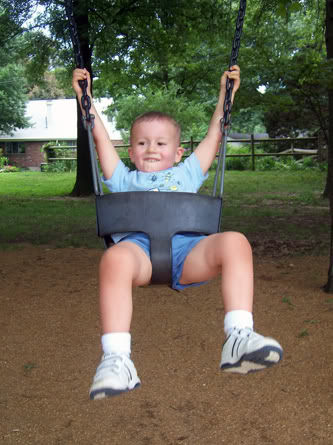 Last time I put Nathan in a baby swing (2 weeks ago), he wanted out… today, he begged me to push him and he really enjoyed himself. However, he would get mad whenever I pushed Autumn… he told me I needed to push HIM. Sound familiar? It is weird because the last 2 parks I have gone to have ONLY had baby swings! 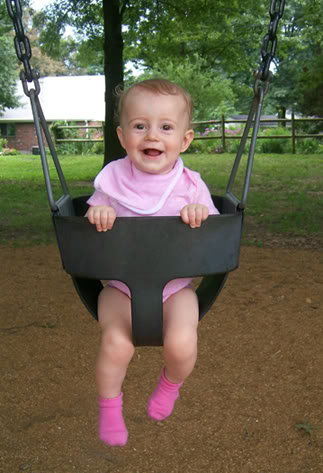 Auttie is not scared of the swing, she loves it and laughs the entire time she is swinging. 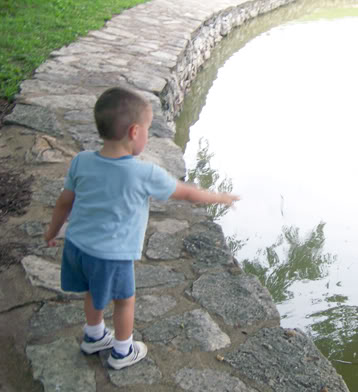 Then, Nathan wanted to throw sticks in the water. He worked so hard on gathering sticks from all over the park to throw in the water. After that, we headed home! WHEW!!!