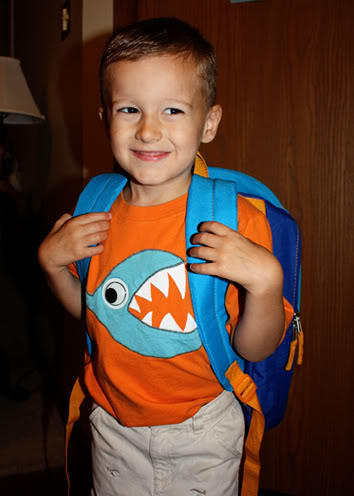 Today, Nathan started his second round of preschool. He wanted to wear his googly-eye shirt and I must say it matches rather nicely with his new blue and orange Spongebob backpack! Lol! This is a picture of his cute little sly smile at our house before we left for school. 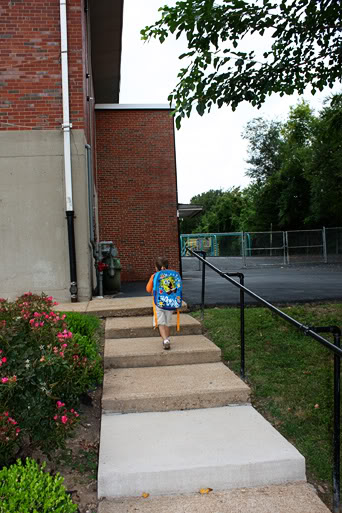 Going up the steps to the preschool room… school was a madhouse, being the first day and all. Of course, its funny because you would never have guessed by this picture! 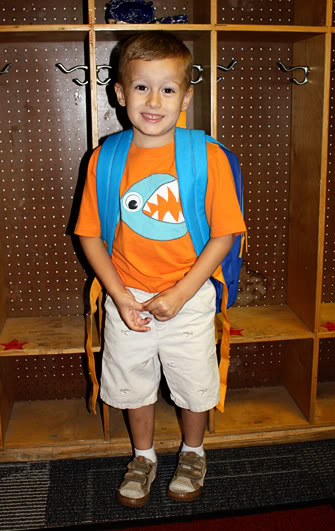 Of course, another picture of Nathan next to his cubby… 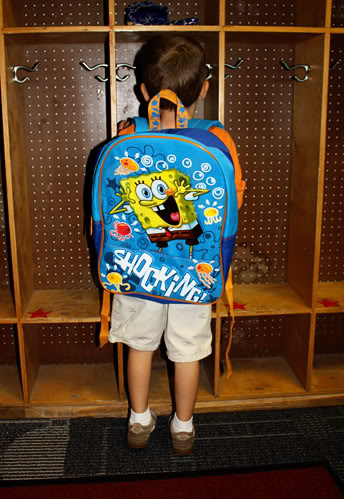 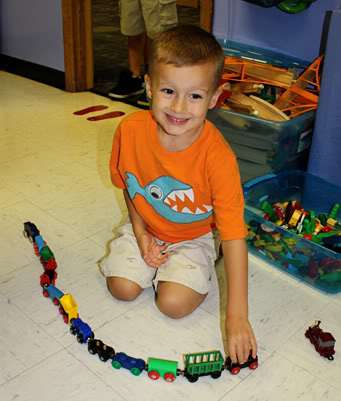 Nathan wanted to play trains as soon as he came into the classroom. After school I asked him how his day was and he told me he played with his friend Caroline. He told me she was very nice, however, she is a giiirll (and he wrinkled up his nose). Lol!! Nathan is going to preschool M-W-F from 8:15-11:15am, last year he only went two days a week. I found out that this year they will be going on field trips, and the first field trip is to the post office. Ohhh, boy! I cannot believe next year he will be in kindergarten!