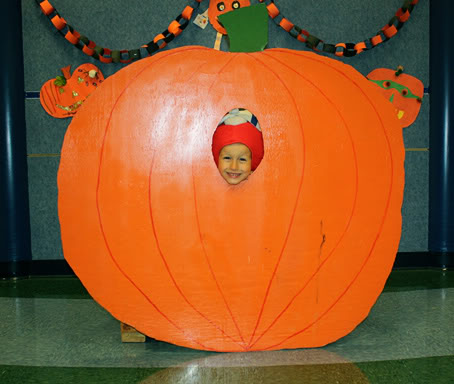 Every year the Moms Club throws a Halloween Party, and we have gone almost every year, last year being the exception. Nathan and Autumn had a blast, and it was another excuse to dress them up in their Halloween costumes. Here is Nathan as a pumpkin. 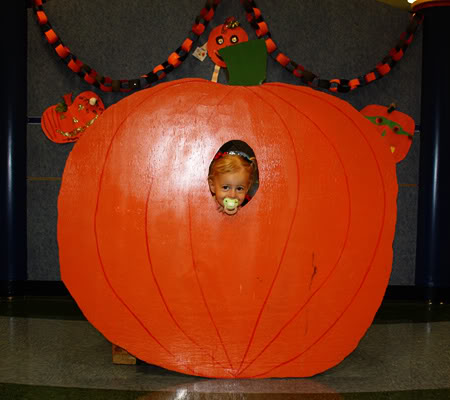 Auttie as a pumpkin. And, might I mention… we are weaning her of the binky. We are taking it away from when she wakes up in the morning until lunch time. Next week, she will only get it for naps and bedtime. Poor girl! 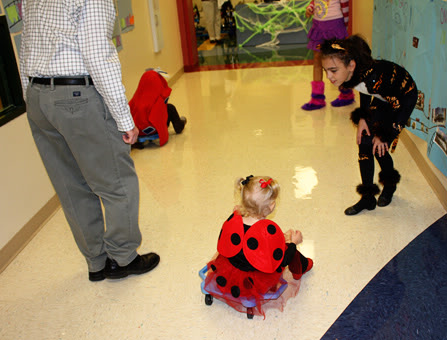 They had this really neat game where the kids each grabbed a plastic spider ring out of a black kettle, then raced down the hallway and stuck the spider on fake cobwebs, then raced back. Then, they got to grab in the kettle and take out a spider ring to keep. It surprised me how well Autumn did scooting on the cart! I am in charge of the classroom parties this year at Nathan’s school and I may just steal this idea! 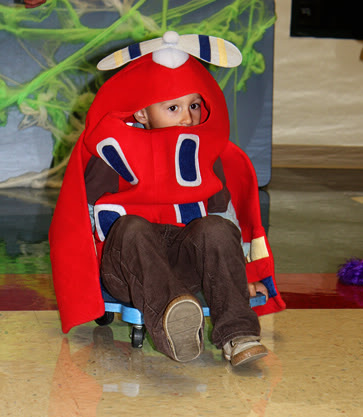 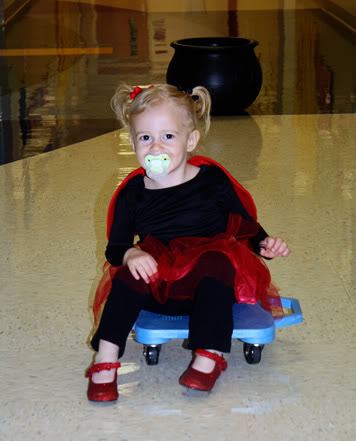 Autumn scooting down the hall 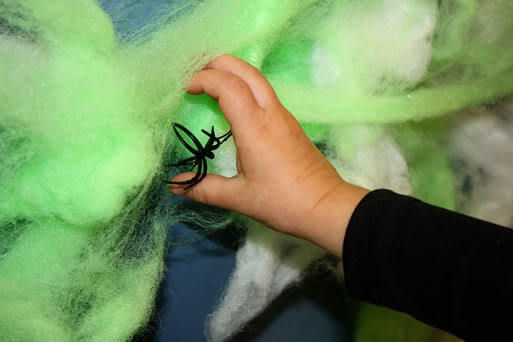 Autumn finally gets her spider on the web! 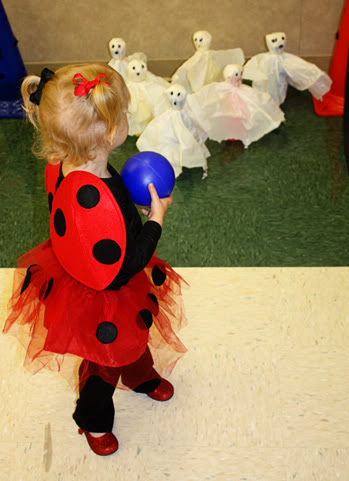 They also had ghost bowling 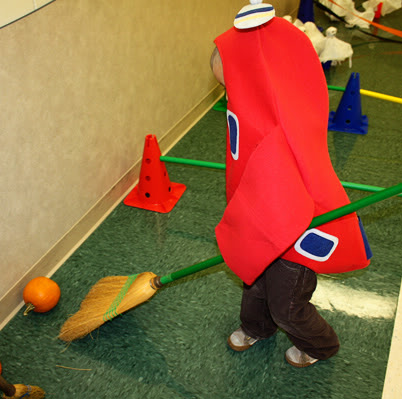 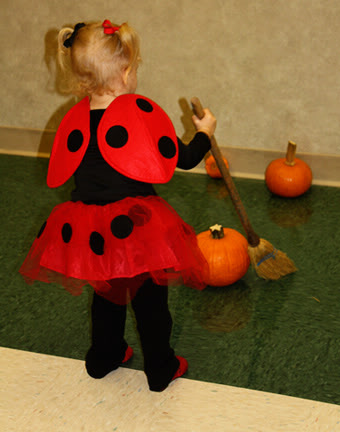 And, another game that involved pushing pumpkins with a broomstick 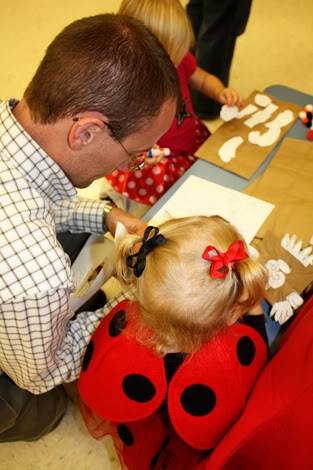 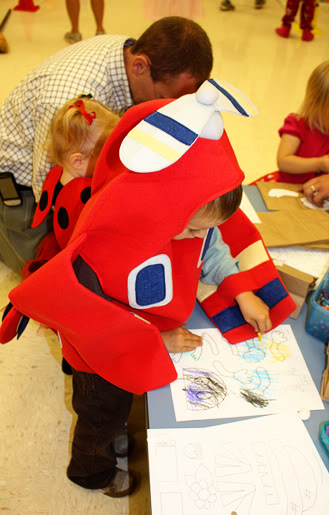 Nathan coloring his sack monster. He is coloring with his left hand, silly boy! Because he said he can’t color with a spider on his finger (he had the spider ring on his right hand) 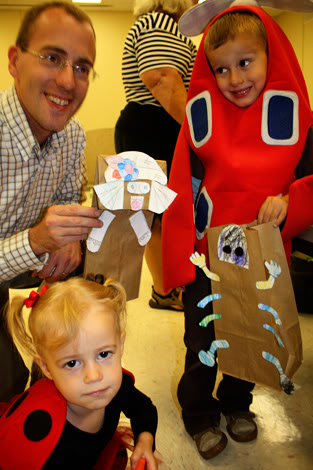 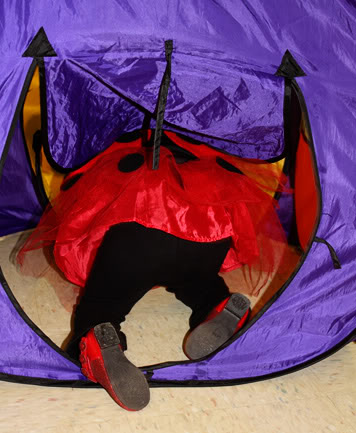 Autumn loved the tunnels they had set up 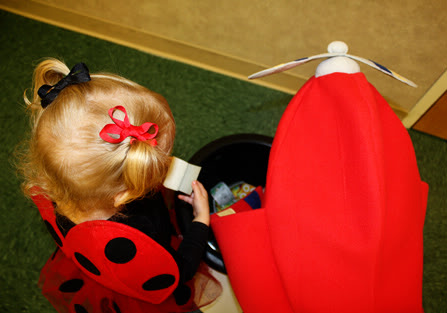 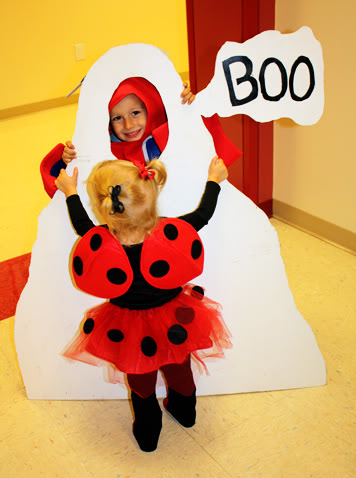 On the way out… silly kids! What a fun party!