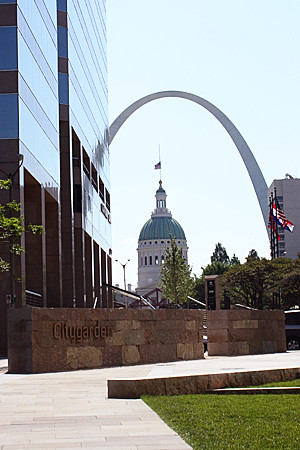 Everyone at my work keeps raving about City Garden, and how neat of a place it is for young kids. I decided today was the day I was going to take them to see it, I’m off work and its hot out! Perfect! 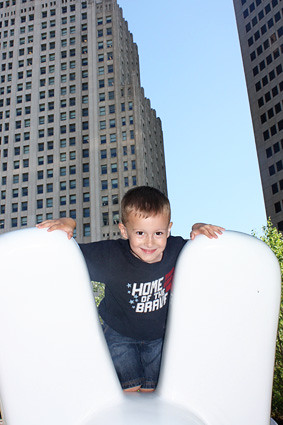 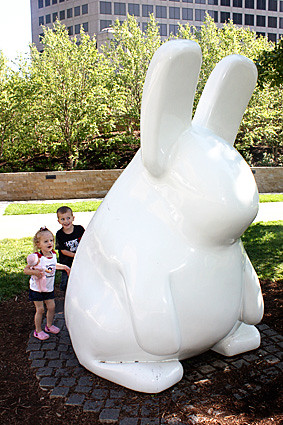 We got there early (9:30am) to beat the extreme heat and crowds since they are also having Ribfest downtown. The first sculpture we saw was of two bunnies, which the kids loved. 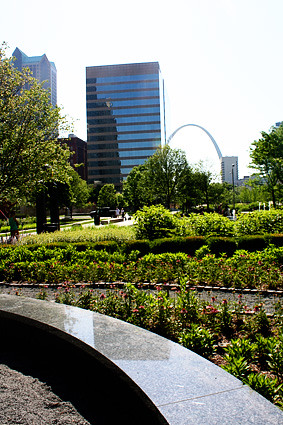 The park is off of Market Street and is on two city blocks. There are three different wadding pools/fountains for the kids to play in, sculpture, foliage and the Terrace restaurant. 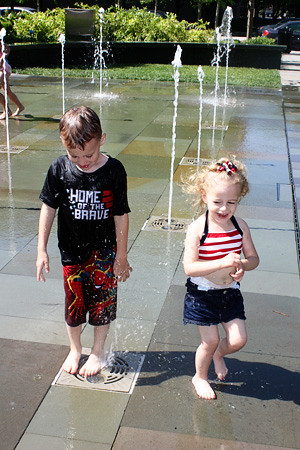 Of course, the kids spotted the water jets (all 108 of them) and had to play in those right away. 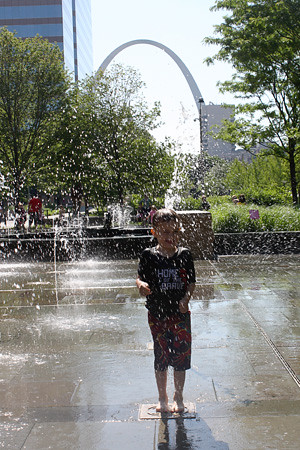 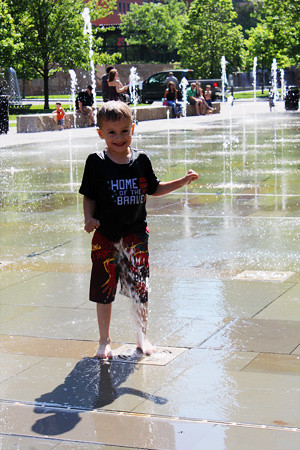 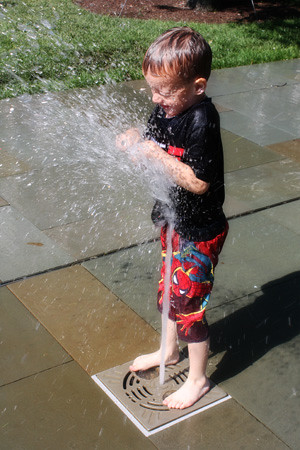 More photos of Nathan in the spray jets. I love the one with the arch in the background. 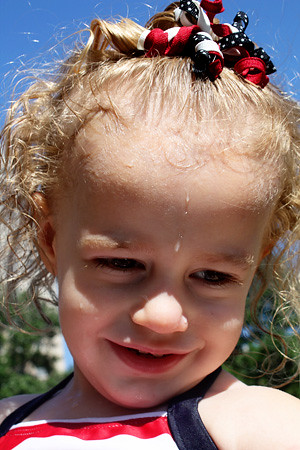 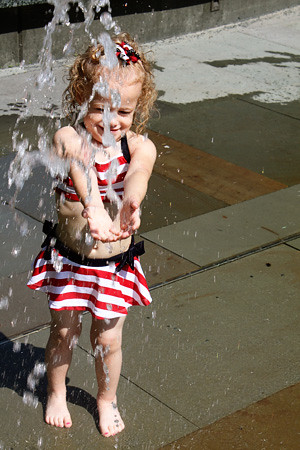 Autumn was a little hesitant about the water jets at first, but then became more excited about them. What she liked best was what we hit next, the rock and water pool. 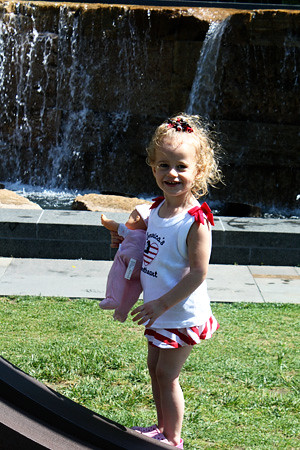 Such a cute little picture of Autumn. She found the pool! 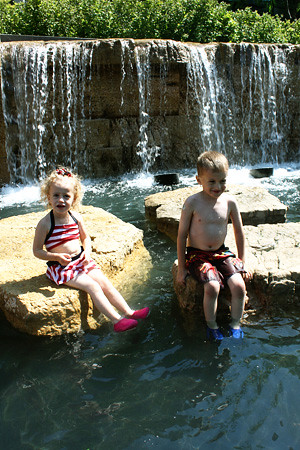 The pool was 16″ deep with just an open area for the kids to wade in on one side, and the other side has a lot of stepping stone rocks and waterfalls. 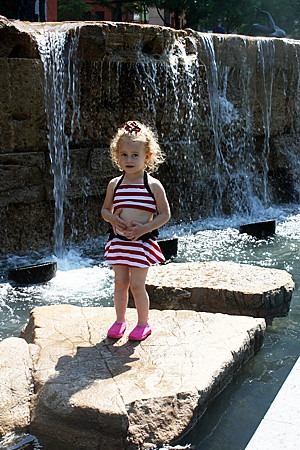 Just a little afraid to go in at first… 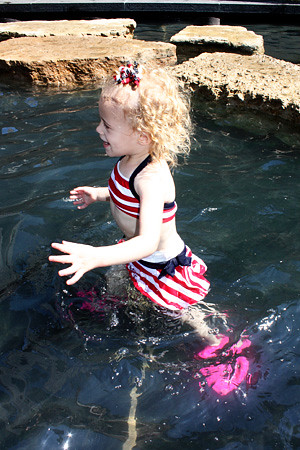 There is my fearless girl!! She had so much fun! It was nice to get out of that hot sun, too! 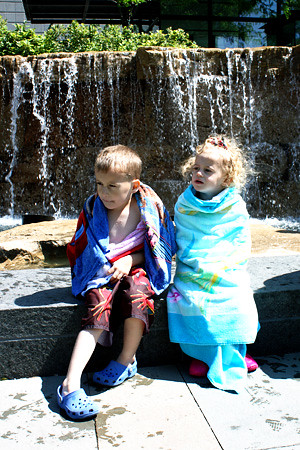 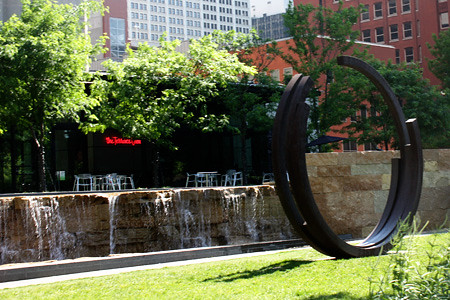 Then we went inside the Terrace to eat lunch. It is really nice inside, it looks like you are out in the garden when you are sitting inside because all of the walls are glass. The kids ate SO good, I think because all of the water play made them famished! Everything at the restaurant is organic, so it was all very fresh and delicious. I ordered spaghetti and it was one of the best I have had, and then I ordered the kids a cheese pizza and then split it (as well as an order of french fries). I did not think the kids would eat the pizza as they didn’t put tomato sauce on it, but they did and said it was the best they had ever had. Ha! Yum!!! 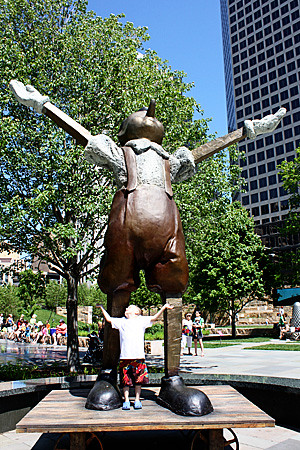 We had so much fun, I think I really want to take the kids back here again later in the summer. It did start to get more crowded when we were leaving around 12:30pm. So, it really pays to get there a little early.