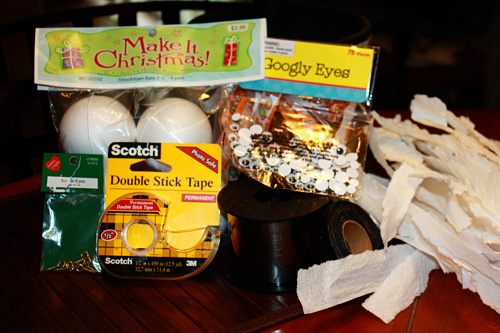 We have a Halloween tree with some homemade ornaments and some store bought ornaments on it. Last year we did not get around to making new ornaments for it, but this year I wanted to give it a try again. Nathan was asking me ALL kinds of questions about Mummy’s on a drive home from my Mom’s one day, so I decided it’d be fun to do something Mummy related since our tree doesn’t have any Mummies yet! So, I scored the internet and found some Mummy Balls! Here are the supplies: starch (not pictured), paper towels, stryofoam balls, googly eyes, double stick tape, black electrical tape, eye hooks if you plan to make them into ornaments.

The first step, is you need to wet about 4 paper towels per Mummy ball. Wring out, and then lay flat and spray with starch on both sides and let dry. Leave a paper towel to cover entire ball with, and then rip the extra paper towels into 1″x6″ strips. 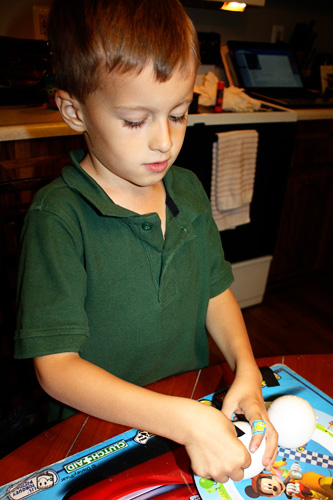 First, cut a strip of the black electrical tape and press it on the stryfoam ball. 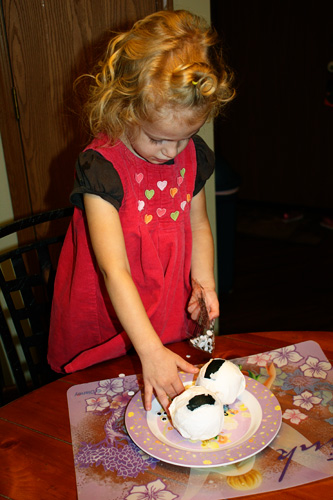 Glue two googly eyes on the black strip, leaving room for where you’ll place a strip of paper towels inbetween the eyes. 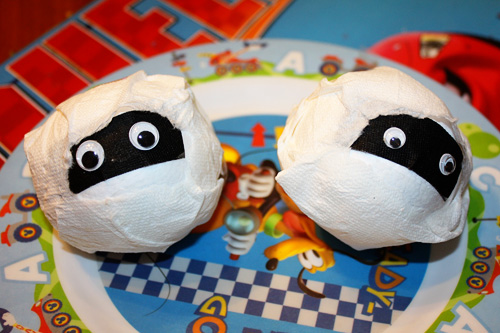 Cover the Mummy Balls with a paper towel, cutting open the area where the eyes show out. 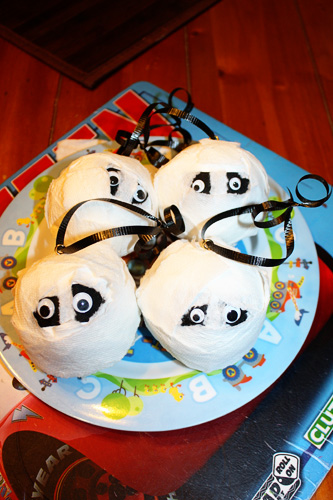 Wrap strips around the Mummy Ball until it looks Mummyfied. Use double stick tape to tape the beginning and end piece. Put the eye hook in the top of it and make a tie with some black ribbon. And, you are done! 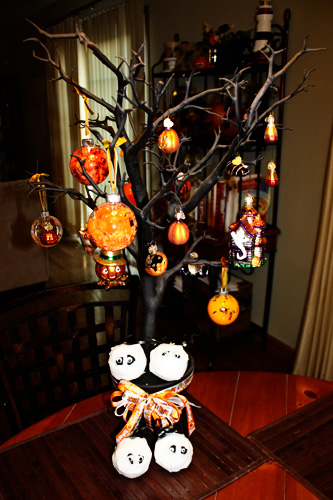 Mummy Balls by our Halloween tree 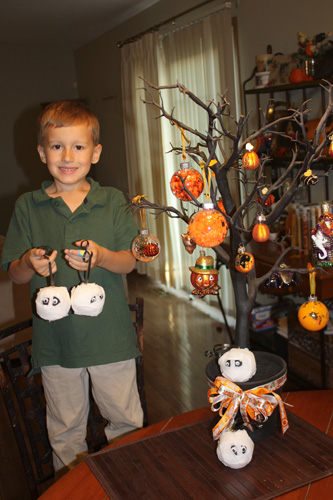 Nathan with his Mummy Balls. Two went on the tree, and Nathan took two to keep in his room. Autumn was busy playing dolls.