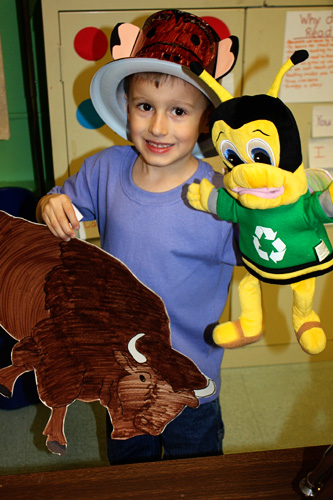 I took this photo of Nathan at the end of his Spring Musical… it’s SO much better then the stage photos, so I wanted to put it first. The musical was about Noah’s Ark, and the Kindergarten class was all of the animals on Noah’s ark. Nathan was a buffalo (buck! buck!), monkey and bee. Isn’t this a cute picture of him? Awh! 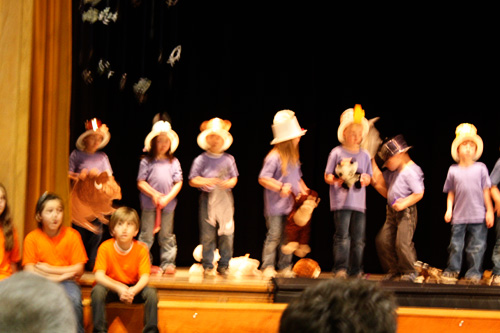 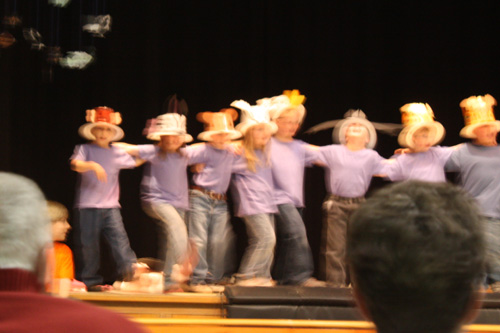 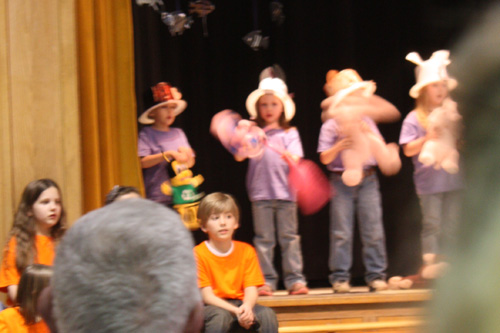 And, the awful blurry and out of focus stage photos… Nathan is on the far left. 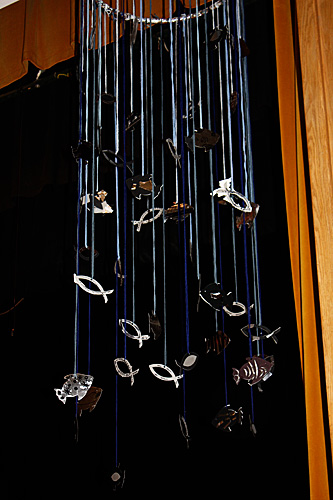 Fish mobiles made by the sixth graders, really cute! 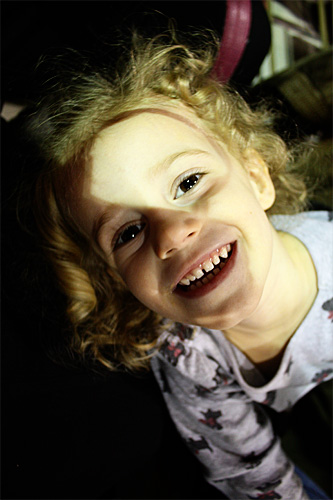 My other shining star!