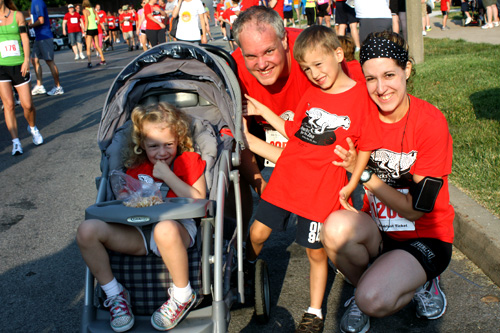 Not that I didn’t have enough to do on Nathan’s 6th birthday party day, I decided to schedule a race for all of us that morning. Yeah… maybe not the best idea ever, but… Nathan REALLY had his heart set on this race. We did this race back in May 2010, see here. Nathan was practically Autumn’s age there. He has remembered this race from 2 years ago, and has been wanting to rerun in it again ever since. Last year, it just did not work out, so I had to make sure to get him in it this year. EVEN if it was on his party day. (I would have done his party Saturday, but we had his school picnic and t-ball… it was a BUSY weekend!) The shirts were really cute this year, here we all are in our bright red running shirts! 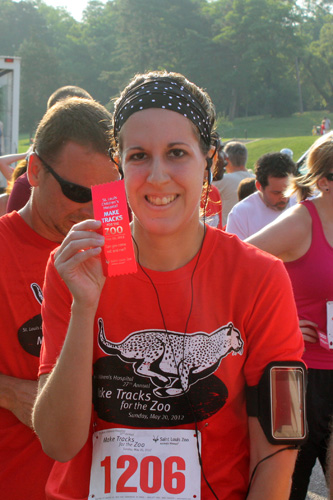 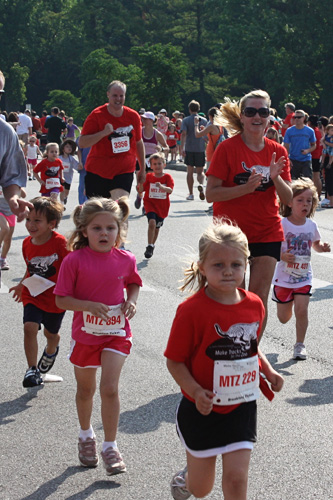 Next up, was the kids races. Brian ran with Nathan, since he was faster… and, I ran with little Auttie. You can see Brian and Nathan running in this photo. 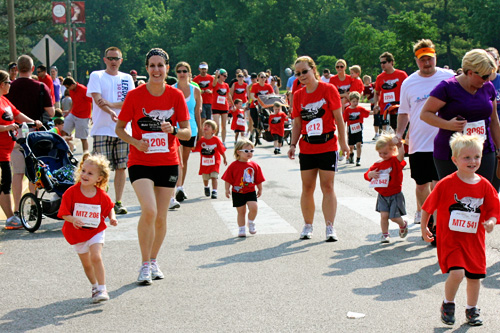 Me and Auttie running. She LOVED it. I was worried she was going to ask me to carry her the entire time! 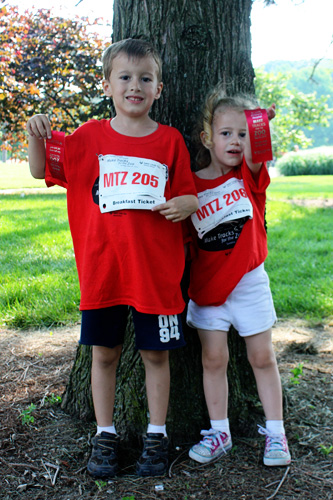 Kids with their final ribbons. They both ran a 1/4 mile race, Nathan will advance to a longer race next year due to his age, and Autumn will still do the 1/4 mile race. They do not record the times for the races until it a mile. So proud of Nathan and Autumn!