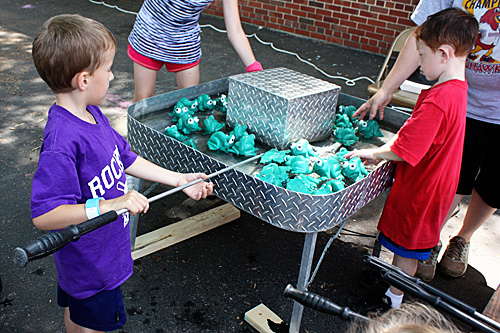 The last couple of years we haven’t made it to Nathan’s school picnic, because it lands up on his birthday party day. But, this year we were able to go for the first time after his t-ball game and it was a lot of fun. It was from 10-4pm and is a pretty small and low-key picnic, no crazy rides or anything, but I think it was perfect for the kids. We paid $10 for an unlimited bounce pass for each kid and then some game tickets. The first game the kids did was the frog game… 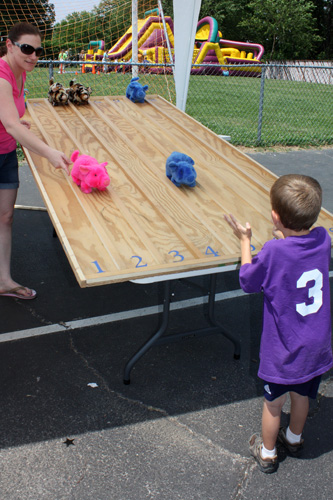 Then, the pig game was the kids FAVORITE. We must have played this at least 10 times. Mainly, we played it so much because Nathan always picked the slowest piggy and he wanted to win! 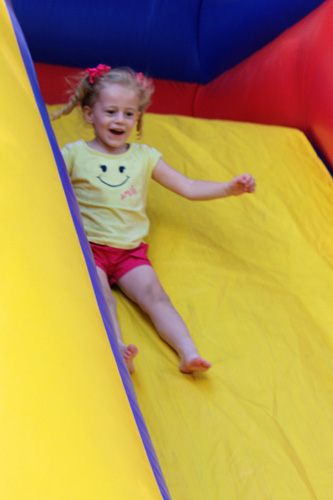 Auttie’s favorite was the inflatable slide… I could not believe she could climb up to the top by herself. She is so brave. 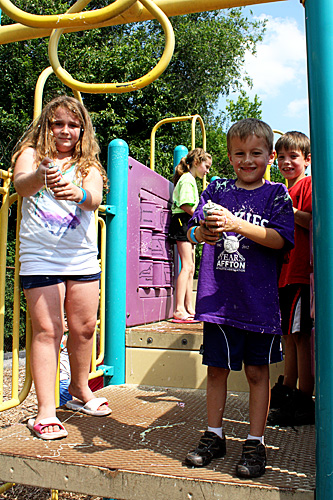 Then, at the very end of the picnic, they had a silly string fight on the playground. This was Nathan’s first EVA silly string fight. At $2 a can, the boy used up 4 cans, and had 1 can that he took home to keep in his room. He had SO much fun! 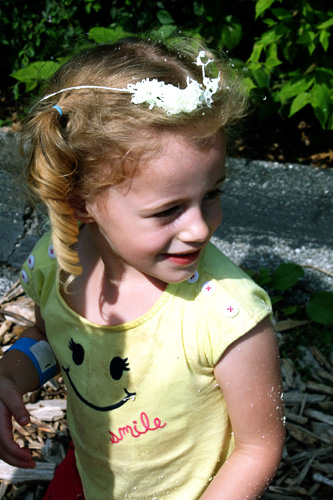 Poor Auttie didn’t want anything to do with the silly string fight, yet she still got hit. AWWWWWW.