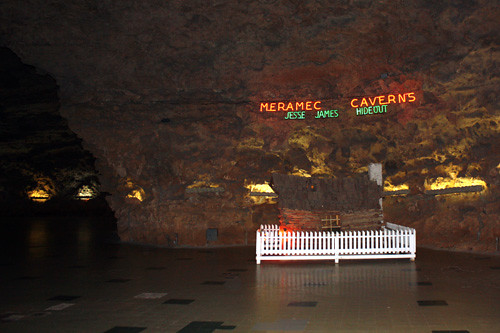 A couple of months ago, I met Brian’s family in Rolla for the first time… and, on our drive out there, I saw all of these billboard signs for Meramec Caverns. I had never been to Meramec Caverns, and I was trying to come up with some fun ideas for my staycation with the kids in June. Well, Meramec Caverns went on the list. We decided to go on the hottest day of the week, since the cave stays at a nice cool temperature of 58 degrees. It was really interesting. I had been in the Mark Twain cave in Hannibal, MO, but this was WAY bigger! 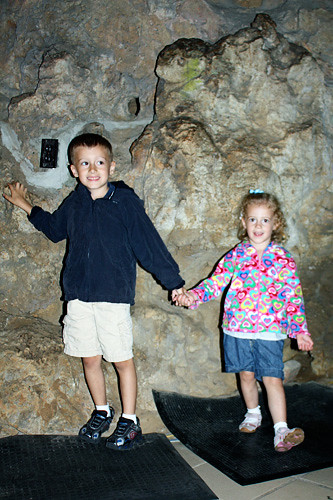 The kids before we went into the cave 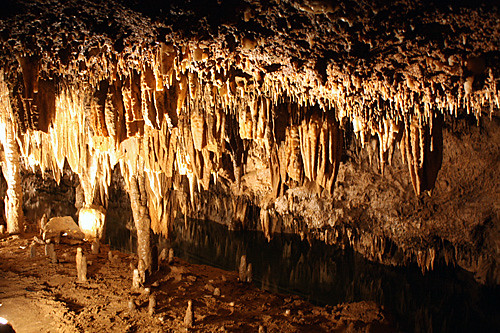 I took a lot of pictures in the cave, but they just don’t portray the beauty. I love reflections in water, and there was this one part of the cave where you saw a creek that was 12″ deep at the max, they flicked on a light and you could see the reflection of the ceiling of the cave in it, and it looked as though the water was 100 feet deep. This photo doesn’t show that wonderful reflection (because the photos I took of it just do not do justice), but it does show some of the stalagmites in the cave. 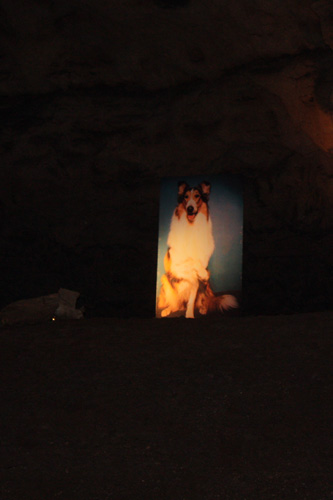 They filmed part of Lassie in the cave, right in this spot. 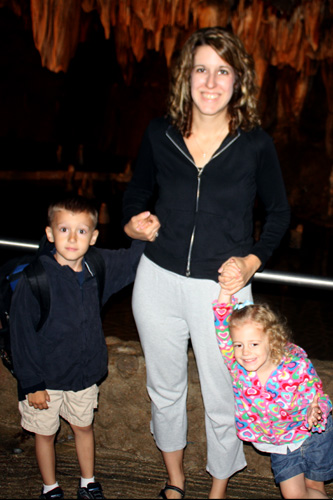 Me and the kiddos. 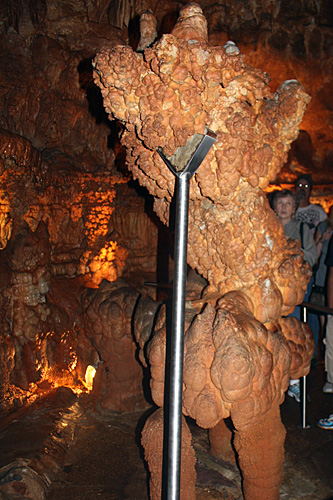 This is called the wine table because there were little clusters of rocks around the room, that looked like grapes. We had to climb up 58 steps to get up in this part of the cave! Wet, tiny and slippery rocks! 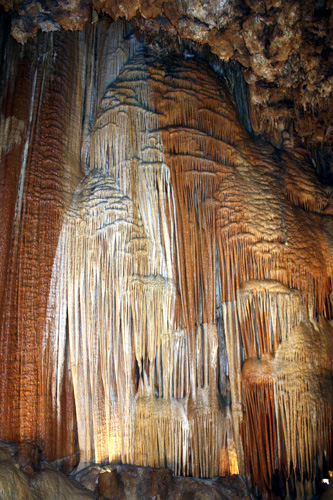 More of the stalagmites but they look like a curtain. They did a light show here, which was a little corny… the tour guide flicked all kinds of lights on and off (you could hear the clicking) to some music.
After the cave we headed over to the Jesse James wax museum. It was VERY cheesy! Oh my! And, overpriced! But, I had to check it out…