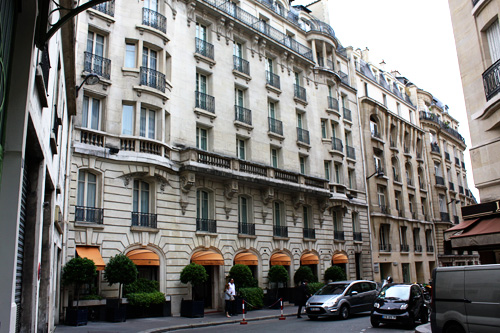 Before I start on the Louvre, here is a photo of the outside of our hotel, Victoria Palace. 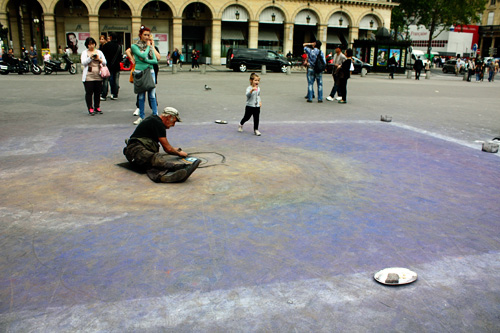 On our walk to the subway to see the Louvre, I felt like I had stepped into Mary Poppins, with this artist coloring the street. 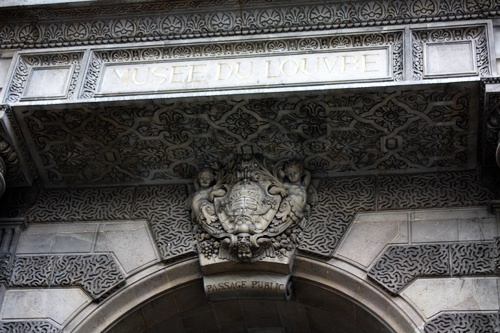 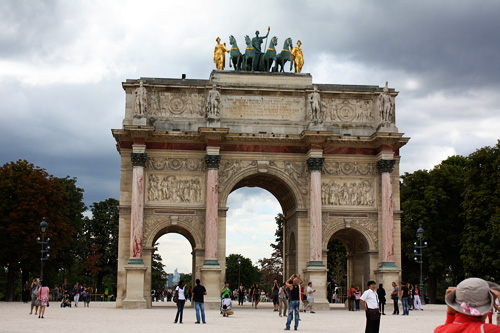 If we hadn’t bought a museum pass at the airport, we would have waited in a line for at least 3 hours, it was wrapped around the building! Here is the Arc de Triomphe du Carrousel, which Brian nicknamed ‘the front door of the Louvre’. 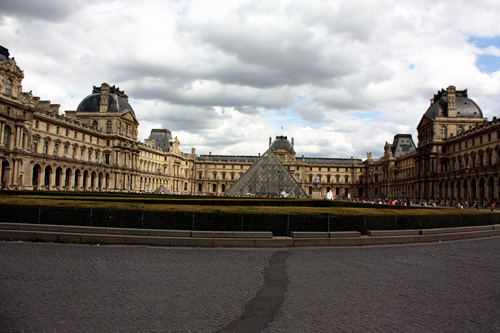 The inner courtyard of the Louvre is large and there is so much to see, from the glass pyramids, to shallow pools and fountains, to all the statues on the vast structures that make up the Louvre. It was astounding. 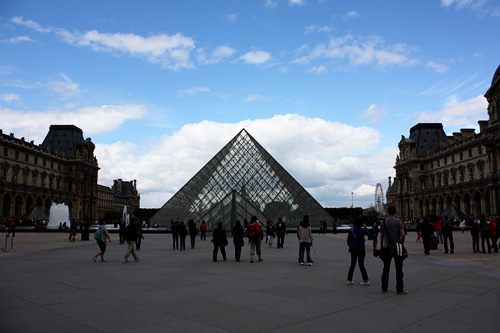 There are so many people milling around, yet its so empty because the plaza is so enormous. This is a place I could spend hours in, just enjoying watching the people, looking at the structures of the Louvre… enjoying the outer beauty of Paris. 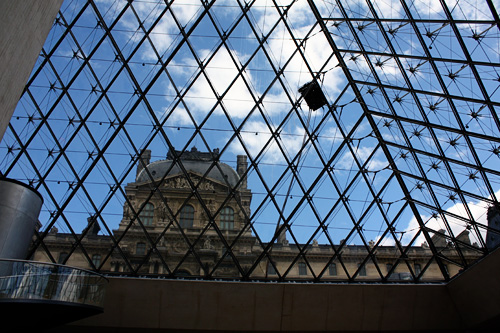 This was a robot we saw cleaning one of the large glass pyramids. 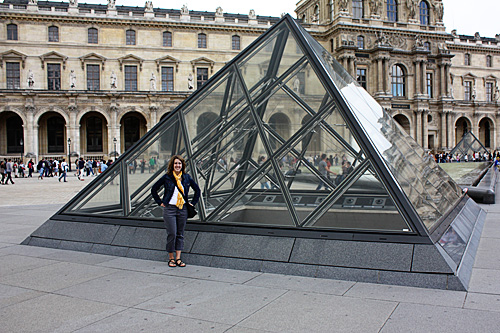 This was so exciting, here I am by one of the glass pyramids. 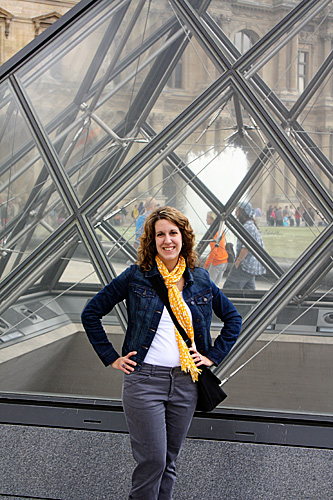 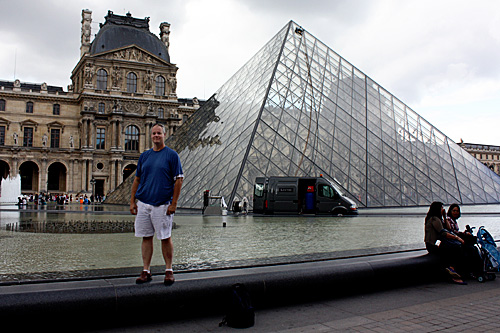 And, who is up next? Brian! 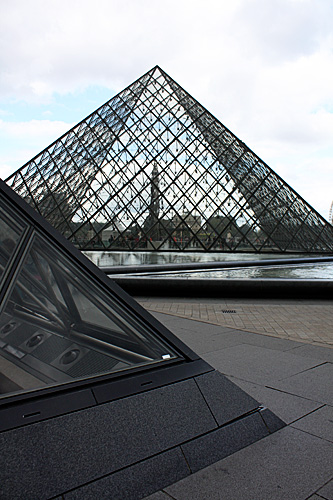 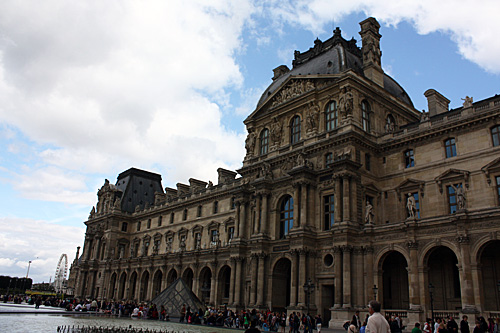 One last photo of the outside of the Louvre. 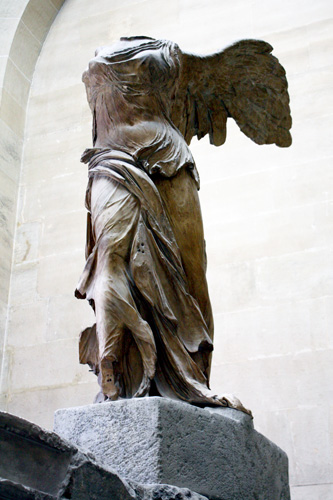 One of the first things I wanted to see inside the Louvre was the Nike of Samothrace, a 2nd century BC marble sculpture of the Greek goddess Nike (Victory). Since 1884, it has been prominently displayed at the Louvre and is one of the most celebrated sculptures in the world. It is believed to date back to approximately 190 BC. 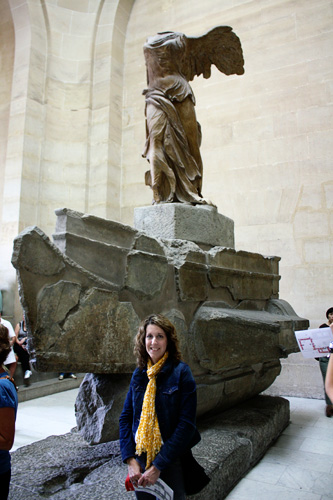 Can you see the excitement in my face? 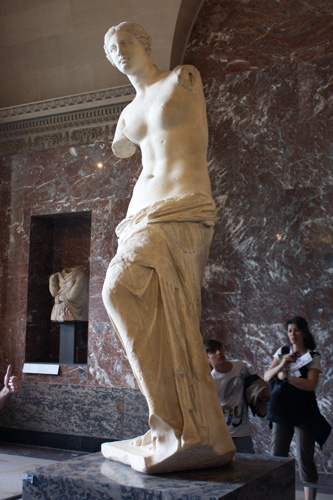 Other famous pieces of work we saw included… the Venus de Milo, she is believed to depict Aphrodite the Greek goddess of love and beauty. 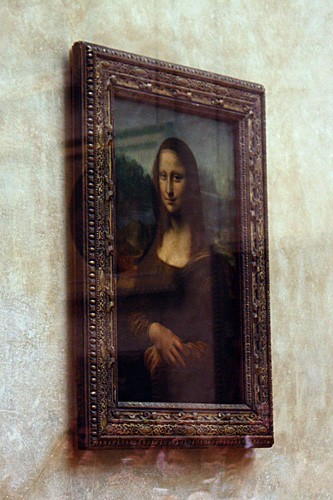 And, of course the Mona Lisa! 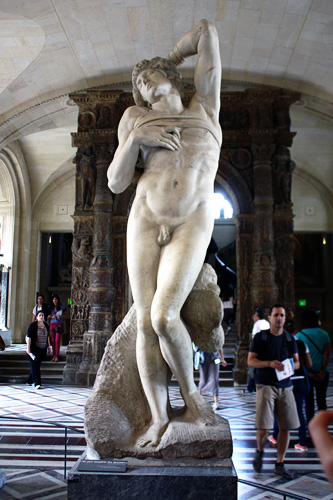 And, WOW, did I really see a sculptor by MICHELANGELO in real life? The Dying Slave. 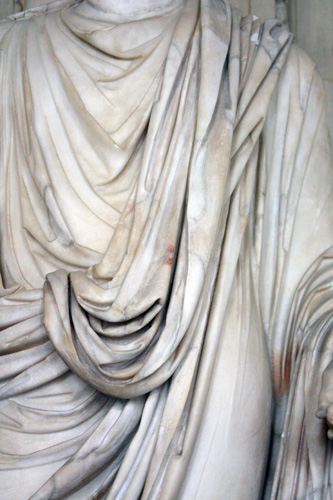 Here is a detail on another sculptor… can you imagine carving this? Its so perfect. 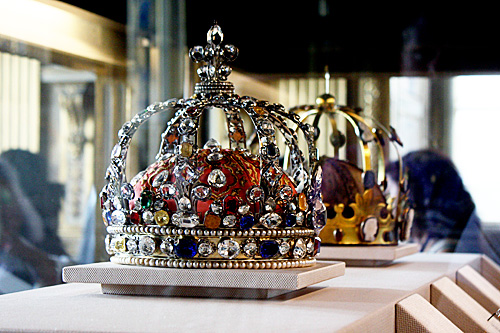 Louis XV crown. Wow, and just wow. Look at all of those precious stones. 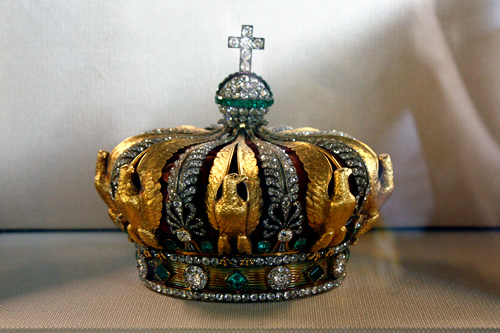 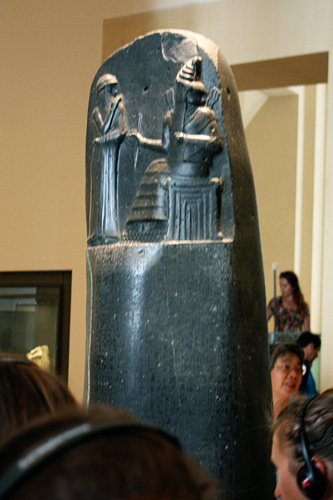 And, Brian was excited to see Hammurabil’s code- a well-preserved Babylonian law code, dating back to about 1772 BC. It is one of the oldest deciphered writings of significant length in the world. It consists of 282 laws. 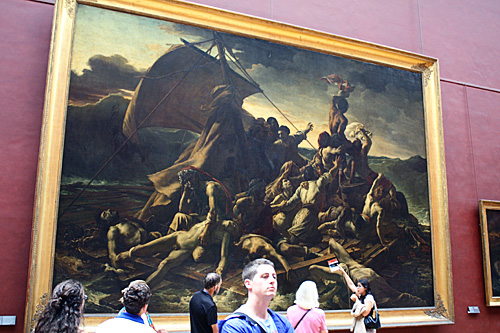 The Raft of the Medusa by Géricault was completed when the artist was 27. It is an over-life-size painting that depicts a moment from the aftermath of the wreck of the naval Meduse, which ran aground off the coast of today’s Mauritania on July 5, 1816. At least 147 people were set adrift on a hurriedly constructed raft; all but 15 died in the 13 days before their rescue, and those who survived endured starvation, dehydration, cannibalism and madness. I had studied this painting in school, and never realized how LARGE the canvas would be in real life. 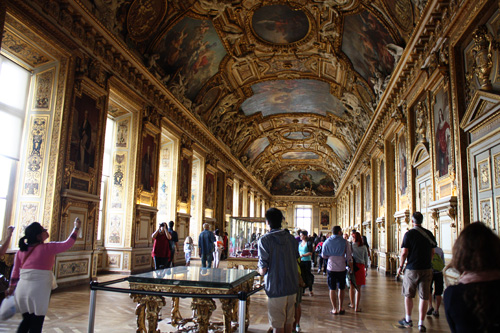 The Louvre was indeed a palace before a museum, so the galleries (rooms) are just amazing. Here is the Apollo gallery. 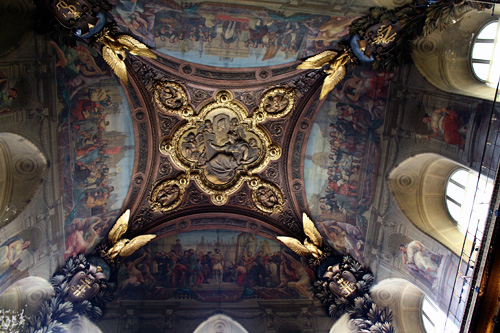 This ceiling is just astonishing. 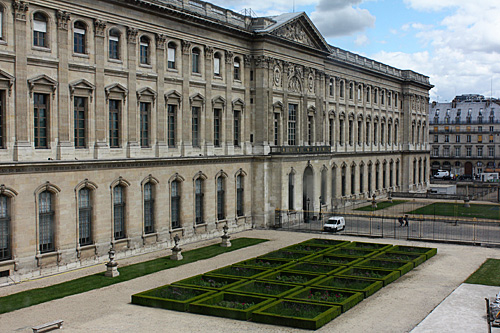 A view from the window from inside the Louvre. 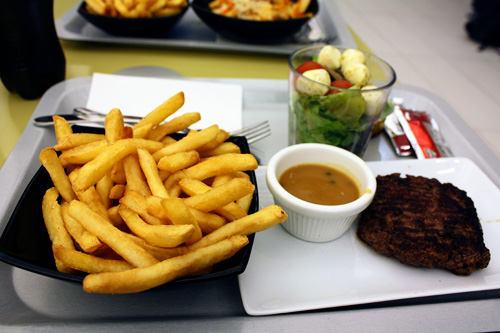 Fast food is not big in Paris… We ate in their cafeteria and this was the closest thing I could get to a hamburger and fries. Unfortunately, the burger was pretty rare!
After the Louvre, we decided to head see a bridge, eat at an authentic French restaurant for dinner and tour some more gardens! More on Day 3 later.