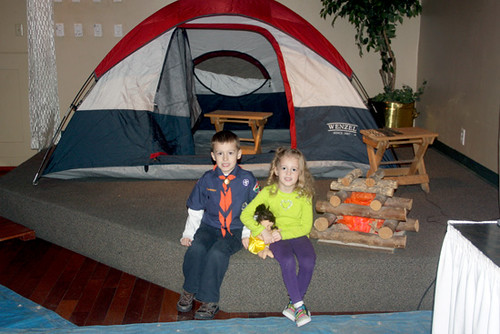 Last Thursday, we went to the Blue and Gold Banquet. At this dinner the Webelos crossed over into Boyscouts and you can see here that they set up this tent with a bridge over water. It was a perfect photo op for me to snatch a quick photo of Nathan and Autumn. 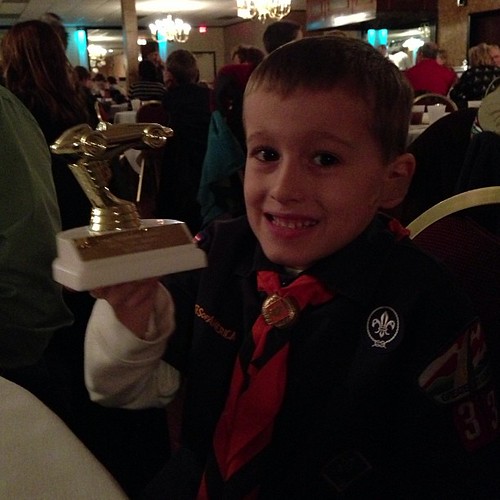 They also announced the Pinewood Derby winners at the banquet. Nathan was so excited to find out that he had won third place. He even got to take home a nice little trophy! 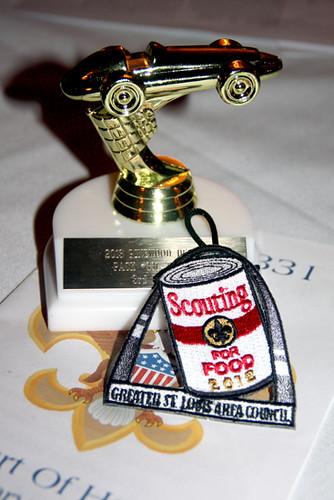 Here is a close up on the shiny and new trophy and his Scouting for Food patch. 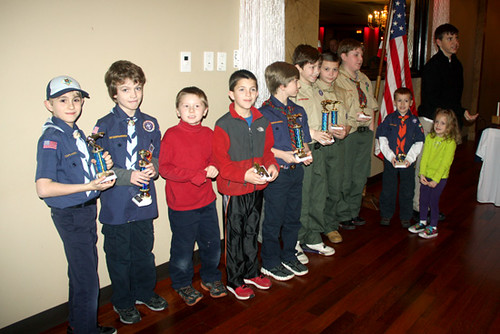 Here is a photo of some of the Pinewood Derby winners, Autumn got to be in the photo because she won first place in the sibling race. They didn’t give any of the sibling winners a trophy, though, poor little Auttie! She was just excited to win and be in the photo, though! 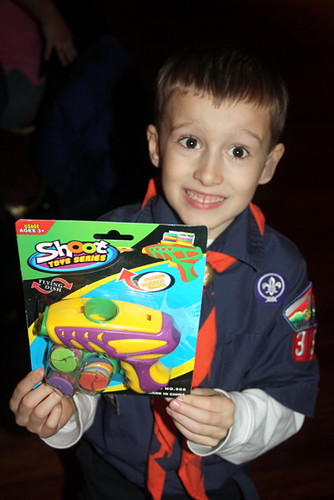 Nathan also got his prize for selling Trail’s End popcorn. It was a night full of all kinds of goodies! And, of course, it was a fun little popper gun! 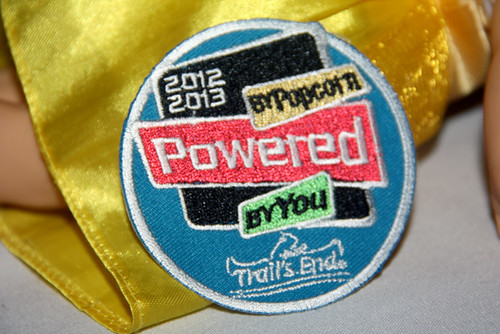 He also got a Trail’s End patch.