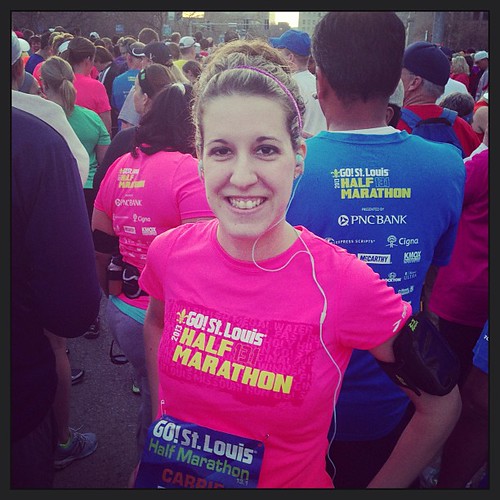 Here I am right before the race, Brian and I did not have much time for photos because we got into the corral 5 minutes before the race started. Oops. Luckily my nervousness turned into excitement once we got into the corral. I will admit, I am really hard on myself with my races… if I don’t PR, I will sulk about it for quite some time. It will ruin my day. This is just me being honest. I also start to get nervous the week leading up to the race about how I will perform. I think I do this, because I put my heart into training for these races and I want to get something back out of it besides all of the sweat and lost calories. I want to PR, I want to see that all of the work I’ve put in has come back out as a reward. So, I will let you know that I will not be sulking my sweet little curly head over my time until this race rolls around again next year… because, I PR’ed! And, let me tell you… this is not an easy race. There are some massive hills and lingering hills that go on and on forever in this race.

So, how did I do? Now, I am not the fastest runner. I like to say I am fairly average for my age and the more races I do the more I learn about training for them and the faster I get.

Last year I did this same race and finished at 2:29:09. Yes, just shy of 2:30! It was my first half marathon ever, so it was a major learning experience for me.

My second half marathon was the Disney Wine & Dine and I PR’ed at 2:25:03. I will also add that this race was ENTIRELY FLAT (and, the first .6 mi was congested and I had to walk… TOO many people. It did space out after that and I had to play catch up on my time). 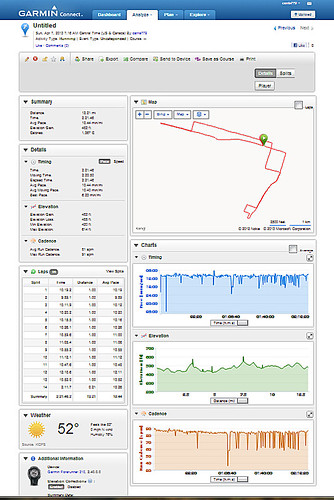 Since the Disney race was FLAT I was really starting to stress over doing the St. Louis Go! again, because it can be quite challenging with all the hills. It was really fun to look at what my Garmin (click here to enlarge) had recorded after the race. There was one hill around mile 3 that was REALLY steep and I made myself run up it, because I knew if I stopped to walk that quickly in the game I would be in trouble. I actually ran up the hill fast and then slowed down to a slower run after I got over it to regain myself. Then, they had a race within a race from miles 6-8 (might I add, WHY did they put a water stop in the middle of the race? Why not right before it?!) and hill is called Holy Hill and it is a steady (not steep) incline that goes on for 2 miles. Let me tell ya, it was a blast. 😉 Anyway, what I am saying is I was worried I would not PR again, because my Disney race was without hills and this race would have hills. I really was wondering if I would do just slightly better or the same as I did at the Go! last year with a time around 2:29. 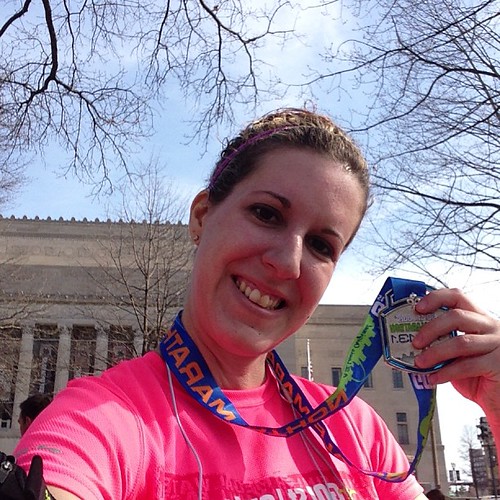 Well, guess what I PR’ed at? 2:21:43!!! And, through part of the race I really thought I would PR at 2:15 but the last 2 miles I was really getting tired so I just decided it was not worth pushing myself too hard. I am so proud of myself, I really trained hard for this race by doing ALL of my training runs except ONE (a 2 mile one I should have done before the race, oh darn). I also added a lot of incline on the treadmill, since most of my runs were indoors due to the cool weather. I felt a lot more prepared for this race than I have ever felt before and so I really feel I deserved this ROCK STAR of a day! 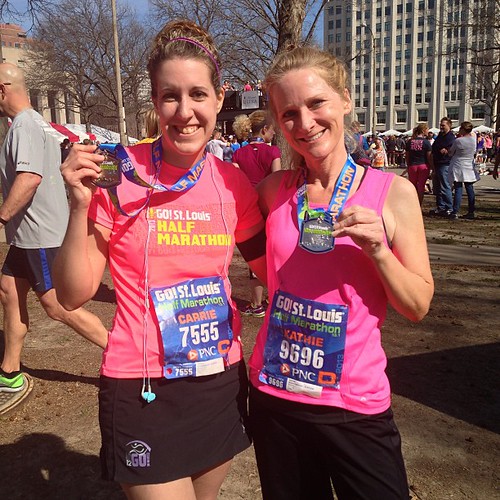 So, where does this lead me? There is a fairly flat half called the Rock N Roll in St. Louis in the fall and I am considering doing it unless something (hint) might get in the way first. I also want to do another Disney race sometime in the future, but probably not in the next couple years. Disney races are just… MIND BLOWING magical. I do have three 5k’s coming up and I plan to do speed training for them, because another one of my goals is to knock these 5k’s out of the water. I have The Color Run, a run at the MO Botanical Gardens (sorry, can’t remember the name) and in May the Make Tracks at the Zoo.

Brian also ran the Go! Half today and I was really proud of him! 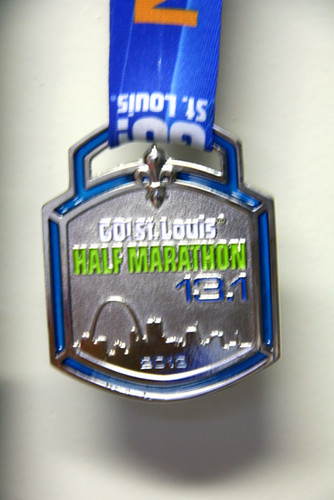 Here is my medal 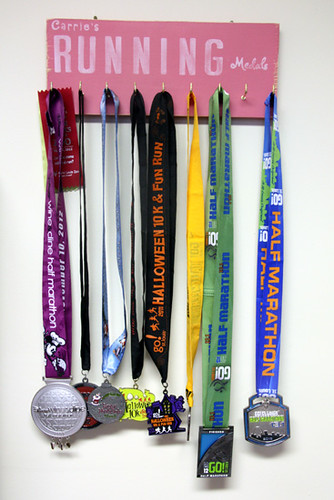 My race medal rack is starting to get really full. I still love my Disney medal the best, they give out awesome medals!