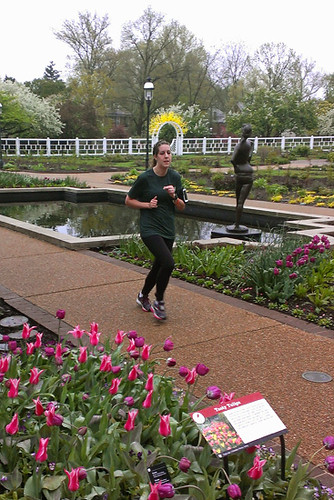 Last weekend I ran the Tulip Trot 5k at the Missouri Botanical Gardens, this was the first time they let runners on the garden grounds. On our way there it was cold and rainy, so I was really starting to wonder if I was going to have to run in the rain again. Can we STOP the rain already, folks?! But, I was lucky and the rain subsided for the race and it was actually a beautiful run. This wasn’t a timed race and the race actually ended around 2.75 miles, instead of 3.1… so I decided to keep running until my Garmin hit 3.1. I finished third out of the first few corrals, but there was a huge running/walking mix. I told Brian I need to run more smaller races! ha, ha! My Garmin actually said 30 minutes and 20 seconds, so it was definitely not my fastest 5k. I am hoping to run a 27 minute 5k at the Zoo race in May. I am also considering an EARLY Father’s Day run, the Go! All American Run is a fun little 5k where you start in Downtown Kirkwood and finish the race in Webster Groves. Then, you take the shuttle back to where you had parked in Downtown Kirkwood. The Father’s Day run is mostly flat and includes pie at the end of it! YUM! So, if I don’t gain my 27 minute goal at Make Tracks at the Zoo, I hope to at the All American Run. Wish me luck, this PR business can be tough! 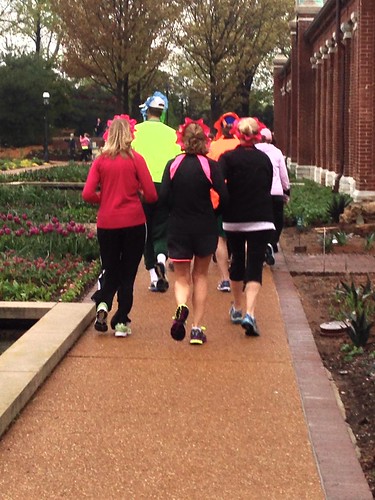 Some people dressed up as flowers for the run! This was the best photo I could get of them while running (no, I don’t normally take photos while I run!). 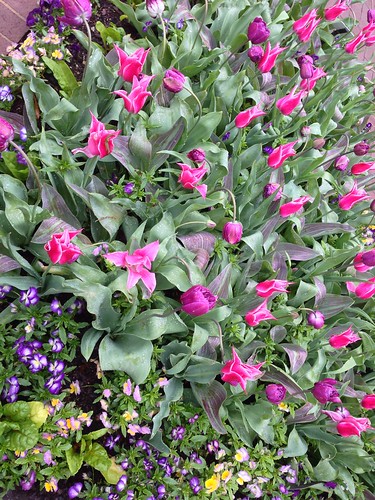 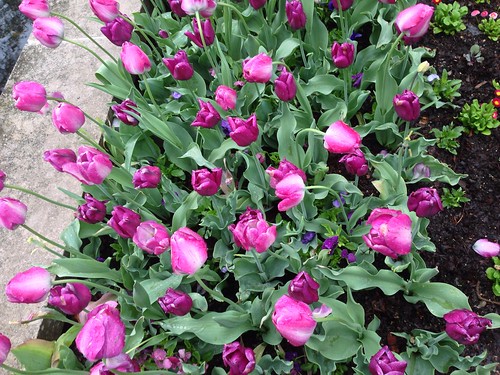 Some photos of the tulips, it was a tulip trot after all! 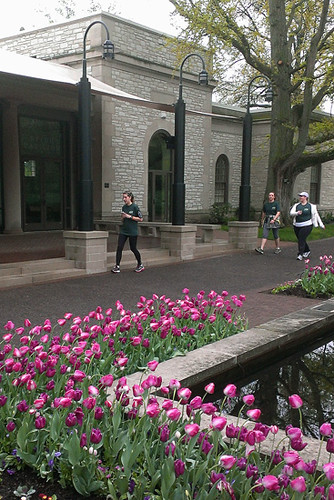 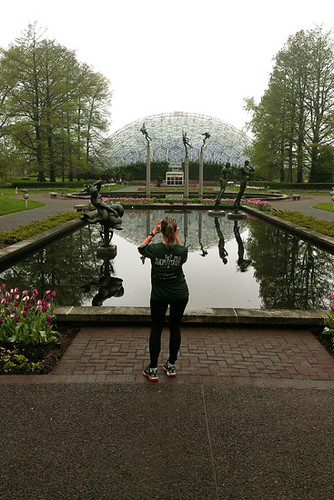 Just some photos Brian took of me while I was walking around snapping photos of all of the tulips. 🙂 He was my professional photographer 😉 ha, ha! He was going to sign up to run with me, but the Tulip Trot sold out so he just came along to support me! 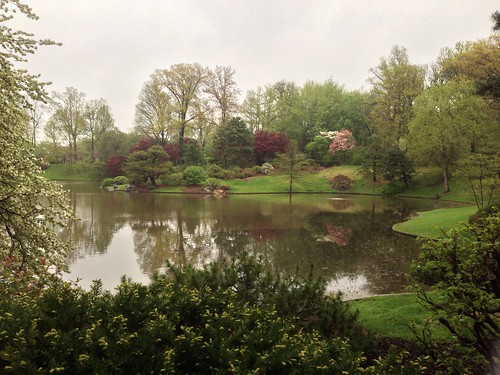 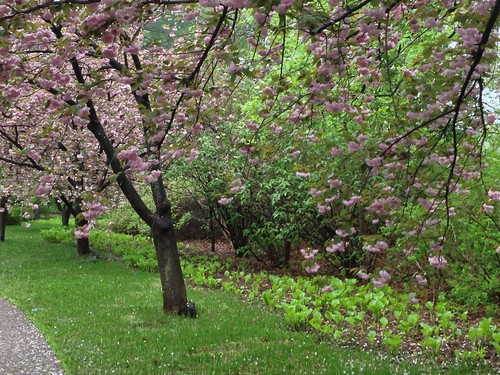 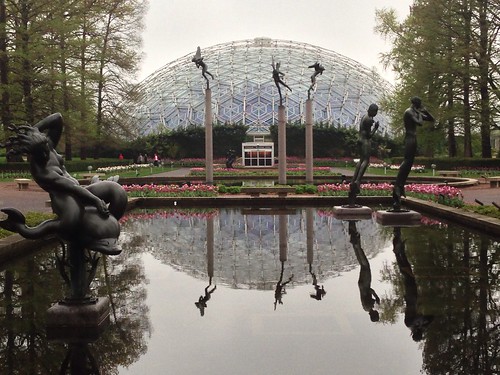 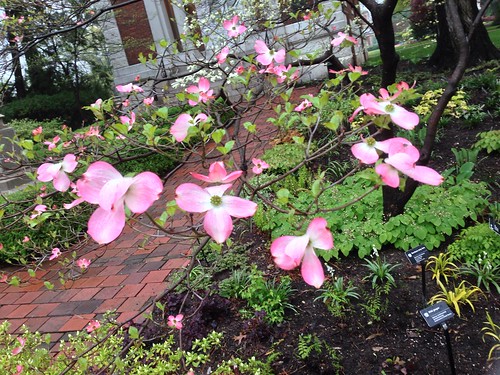 After the run, I walked around and took some more photos before we headed to church to see Nathan sing in choir. 🙂 I love all the blooms in the garden right now.