When school starts… the extracurricular activities begin. I wasn’t going to sign the kids up for any activities this fall, I wanted them all to myself in the evening.

But, to lighten the load I decided to put Nathan in cross country instead of soccer:
1. Practices are after school, not after work
2. It started last week and is over on Oct. 12
3. Only 2 of the 5 meets are on Saturday mornings. meaning 3 are during the week and I have an excuse to leave work early 😉

To make it easier with Autumn, I put her in an earlier dance class, which means:
1. I go into work a little earlier and get out in time to take her right after work
2. Dance is over at 6:00 p.m. and we are back home by 6:05 p.m., leaving a couple of hours for playtime, dinner and bath. 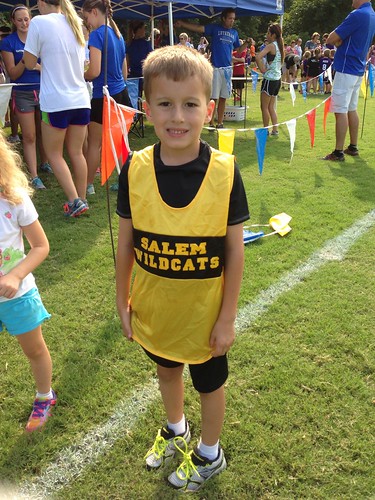 So, since today was Nathan’s first cross country meet (ALL the way in St. Charles at the Lutheran High School out there), you are going to see a lot of photos. I’m sorry. But, I’m just so excited about it (he is too!)… it is so fun when your child loves something you love so much, such as running. 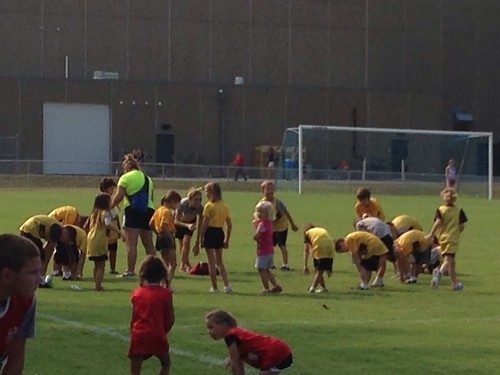 The first meet was 50 minutes away from Nathan’s school. They let the cross country kids out of school 30 minutes early, so I had to leave work fairly early to get to his school in time to pick him up. After he changed, we loaded up into the car and were on our way to St. Charles. Once we arrived there, Nathan started doing stretches with the group to get warmed up. 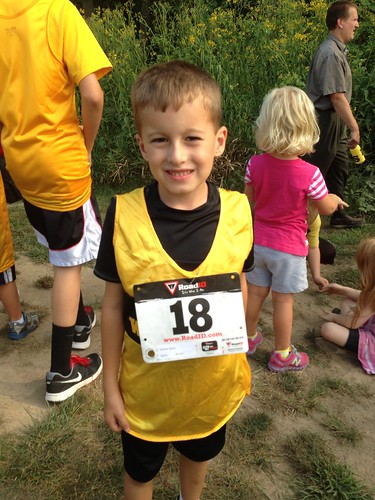 Nathan got a race number and it had a little pull off tag on the bottom with his name and a chip on it. Yes, they officially timed this race… I can see why, there was A LOT of kids. 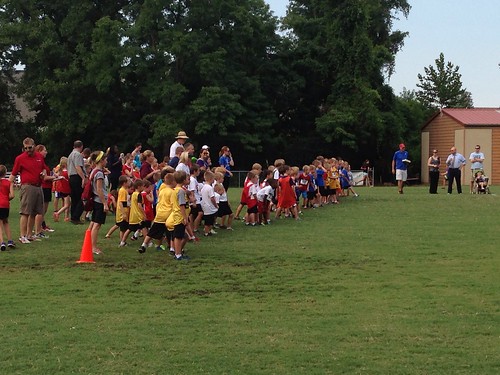 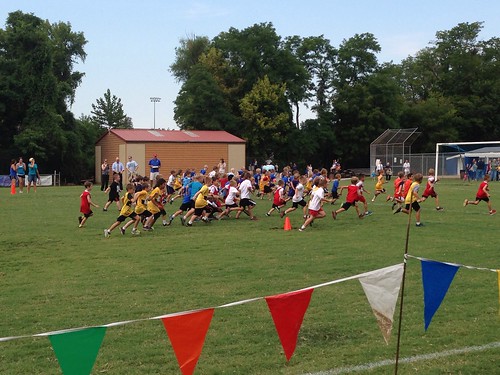 And… they’re off! They had a 4 wheeler that followed them around the track to make sure none of the kids needed assistance during the race. It was neat to see them disapear and then reappear again. 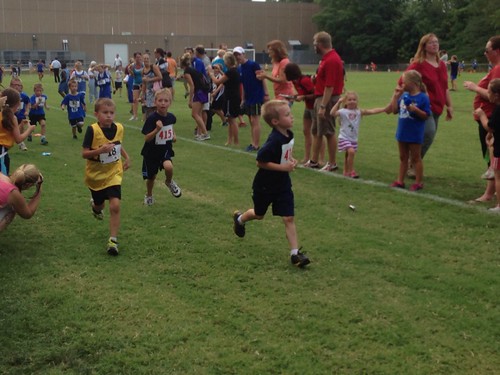 And, here is Nathan at the finish… he is wearing the gold jersey and looks real serious! He is one serious guy when it comes to this stuff! Ha! He finished at 3:55 for the 1/2 mile race. Yeah, Nathan! 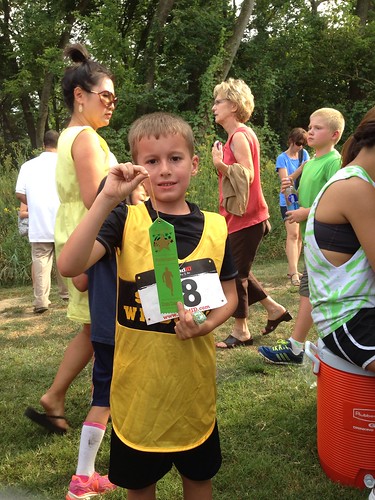 At the end he was given a cup of water, a sucker and a ribbon. Just like a real race… we get a bottle of water, treats and a ribbon/medal! Love this!! His next meet is in another week, I really can’t wait. I just loved watching him at this one. 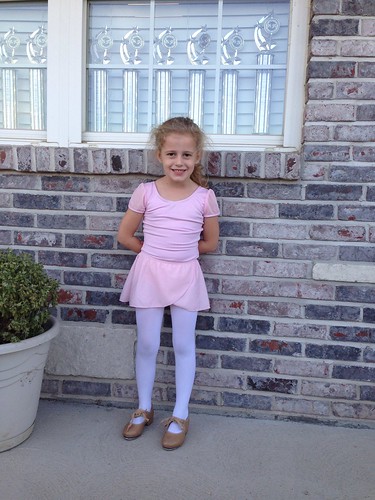 Now, Autumn! Here is a photo of Autumn at her first dance class, you can tell she is a second year dancer because (a) I assumed she would still fit into her tap/ballet shoes, because they fit at the recital 3 months ago. Oops! (b) Her hair is a mess and not up in a neat bun, because I just didn’t have time to redo her hair AND none of the other Moms do the bun half the time (even though dress code paper states to put it in one) 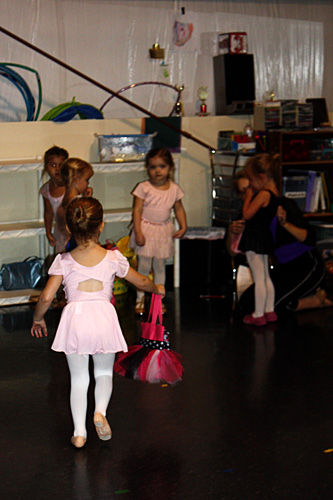 And, just because I love to go back and look at photos… here was the cutie last year with her little bun and tutu dance bag at the start of class. 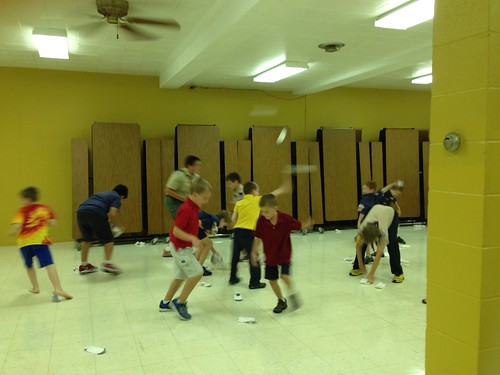 Here is Nathan at his first scout meeting. I forgot to put him in his scout uniform. But, half of the boys aren’t in uniform and it is the first meeting. Yep, you can tell it is his second year. 🙂 They are playing some sort of sock game… Nathan is in the maroon shirt in the middle. Gotta love fuzzy action shots. Brian did get his Tiger badge sewed on his shirt, so we are ready for next weeks meeting.