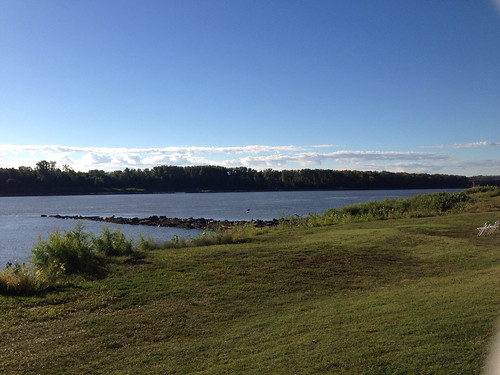 Last Sunday I ran in the St. Charles Oktoberfest 5K and I wanted to give a little recap on it. The race began at 9:00 a.m., but I needed to be there at 8:00 a.m. to pick up my race packet… I hate when races do this, it always turns into a huge crowded mess! Luckily, I got there before most people and I got my stuff and avoided the long lines. I had an hour to kill so I took a photo of the river that we would run along for part of the race. Isn’t it beautiful from Katy Trail? 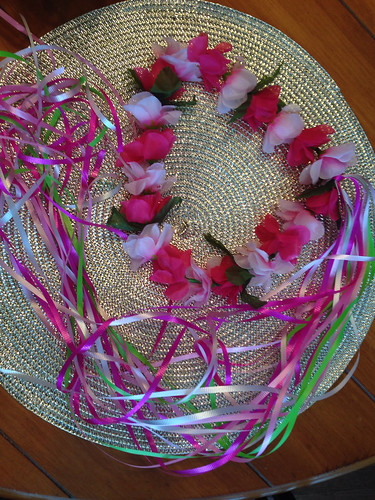 All of the women got a shirt and a floral crown with streamers hanging from it. They had several colors and I went for pink, because I knew Autumn would want it when I got home. Here is a photo of it after I got home… aren’t my new gold table place mats adorable from Home Goods, too? ha! 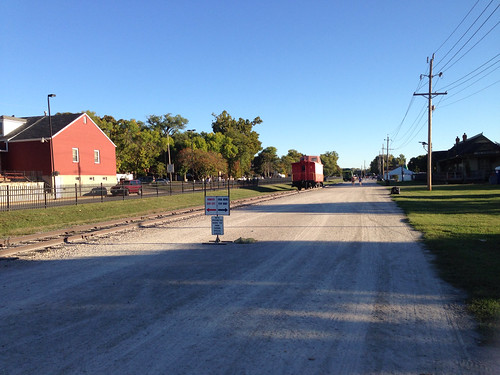 I really missed Brian during this race, he usually runs all of my races with me and he couldn’t make this one due to a work trip to California! I felt sort of alone, but I did chitchat with some of the other racers before the race started. There was a 9 year old boy waiting next to me and he told a bunch of us that he had finished a 5K in 26 minutes yesterday and his best time was 22 minutes. We were all really impressed and he had also traveled 3 hours to run in this race! He reminded me of Nathan a lot by how much he loves running and races. I asked the 9 year old boy if he had been in a 10K yet and he said no, that his Mom wouldn’t let him. She came over and was very pregnant and explained she just didn’t feel he was ready yet, but said perhaps at 10. The boy ran all by himself in the race, so I don’t blame the Mom on not wanting him to run a 10K alone. The photo above shows another part of the Katy Trail, where we finished the race… it is along side an old train track and there are a couple of old trains on it still. 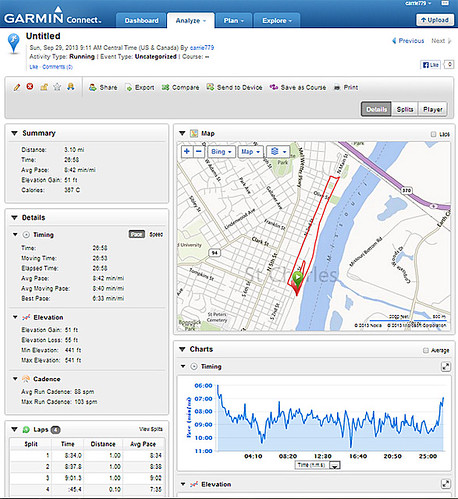 I always love to show what my Garmin pulls up, the map and what pace I ran each mile at, etc. I had thought I ran the race in 26:58, it is what my Garmin said when I crossed over the line… BUT, the official race results are what I always go by and it says I finished in 27:00 minutes. Which, I’ll take! My 5K PR goal for this year was to finish a 5K in 27 minutes and I nailed it on the head. And, honestly. I really did not even think I’d hit even 28 minutes. I’ve ran THREE 5K’s this year and they were all around the 29 minute mark, not one of them a PR from the Santa run I did last December. I did do a better time than previous years on the Make Tracks at the Zoo race, though, which I was happy with.

So what does this tell me? I seem to PR in the Fall/Winter with 5K’s and I have PR’ed both times in St. Charles. These were not flat courses, there was actually one hill that I felt went straight up on part of this Oktoberfest 5K. I also forgot my headphones and I felt more ‘focused’ on my running than trying to use the music to keep me going… I may try to run without my headphones more often.

My last PR was 29:54 last year in December and I shaved 2:54 minutes off my time with this race. That is an incredible PR for me. I know I’ve been running faster by my training times, but I always get a little nervous during races, which I think hurts me. Deep down I knew I could do this and I am glad I accomplished this dream of mine. I also believe all of the training involved with a half marathon helps my endurance for shorter runs… I feel I can run faster for longer.

When I first started running three years ago, I ran 35 minute 5K’s… This goes to show if you set a reasonable goal over time, you can get there. When that 9 year old boy told me he ran a 5K in 26 minutes, I thought to myself… I’ll never have a 26 minute PR. Heck, after I ran the race in 27:00, I started to doubt if I’d ever run that time again. I need to stop doubting and I need to believe in myself more. Especially if it is a reasonable goal. 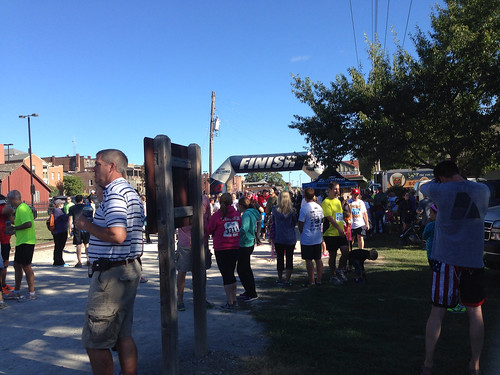 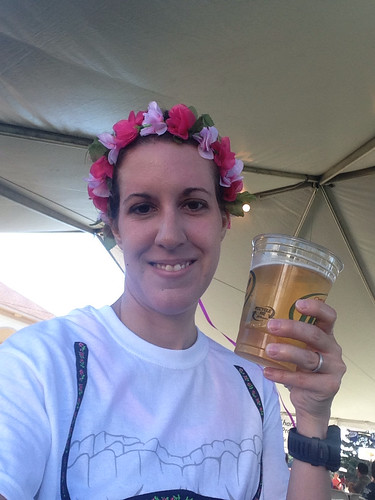 After the race, I sat down and enjoyed my free beer… Beer seems weird at 9:30 in the morning, but it is actually sort of refreshing after a run. 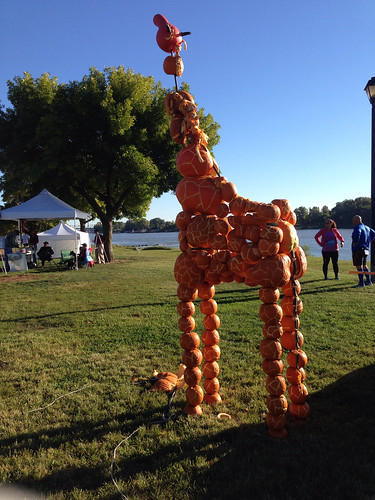 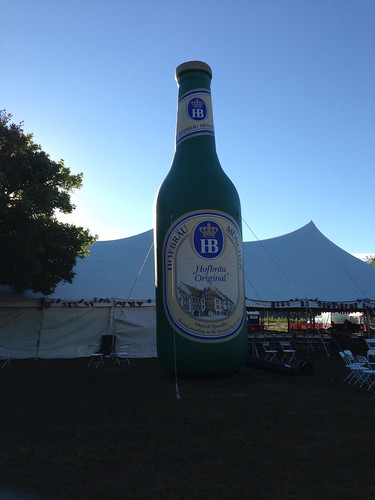 I didn’t stay for the Oktoberfest festival after the race, even though I saw a vendor selling play tents (I want to get one for Autumn’s bday!). I did snatch a few photos on my way out… if it had been closer to lunch time I would have stayed and gotten a brat! Yum!

So, what is my PR goal now for a 5K? I think I am going to try to get some more times in the 27 minute range and go from there! Next up I have a 10K in 2 weeks and a half marathon in 4 weeks!