Nathan had his Pinewood Derby last week and I am just now getting around to blogging about it. It is amazing how much I have fallen in love with my iPhone, it takes GREAT photos and it is so easy to carry to things like this in comparison to my big and clunky DSLR! So, yes… all of these photos are from my iPhone! 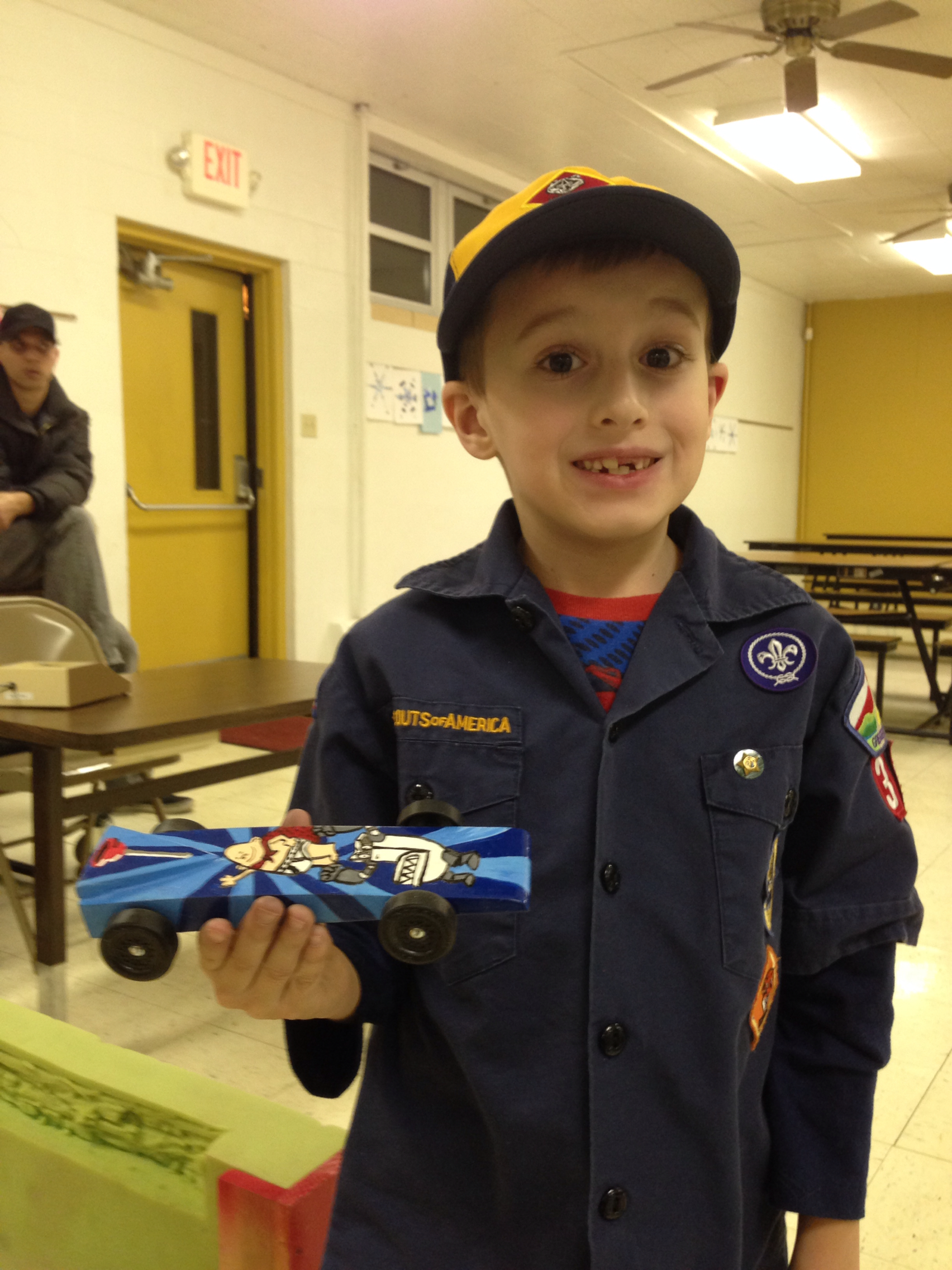 Here is the excited boy before the Pinewood Derby started. This is one of Nathan’s favorite parts of being a cub scout. And, I KNOW he is wearing pajamas under his uniform… It was sort of an exhausting week, we had Spirit Week and it was PJ Day. I guess if he had worn his neckerchief, the PJ shirt wouldn’t have been noticeable… but, it seems none of the other boys wear them, unless they say it is required for that activity. I know, we have a very laid back cub scout organization. 😉 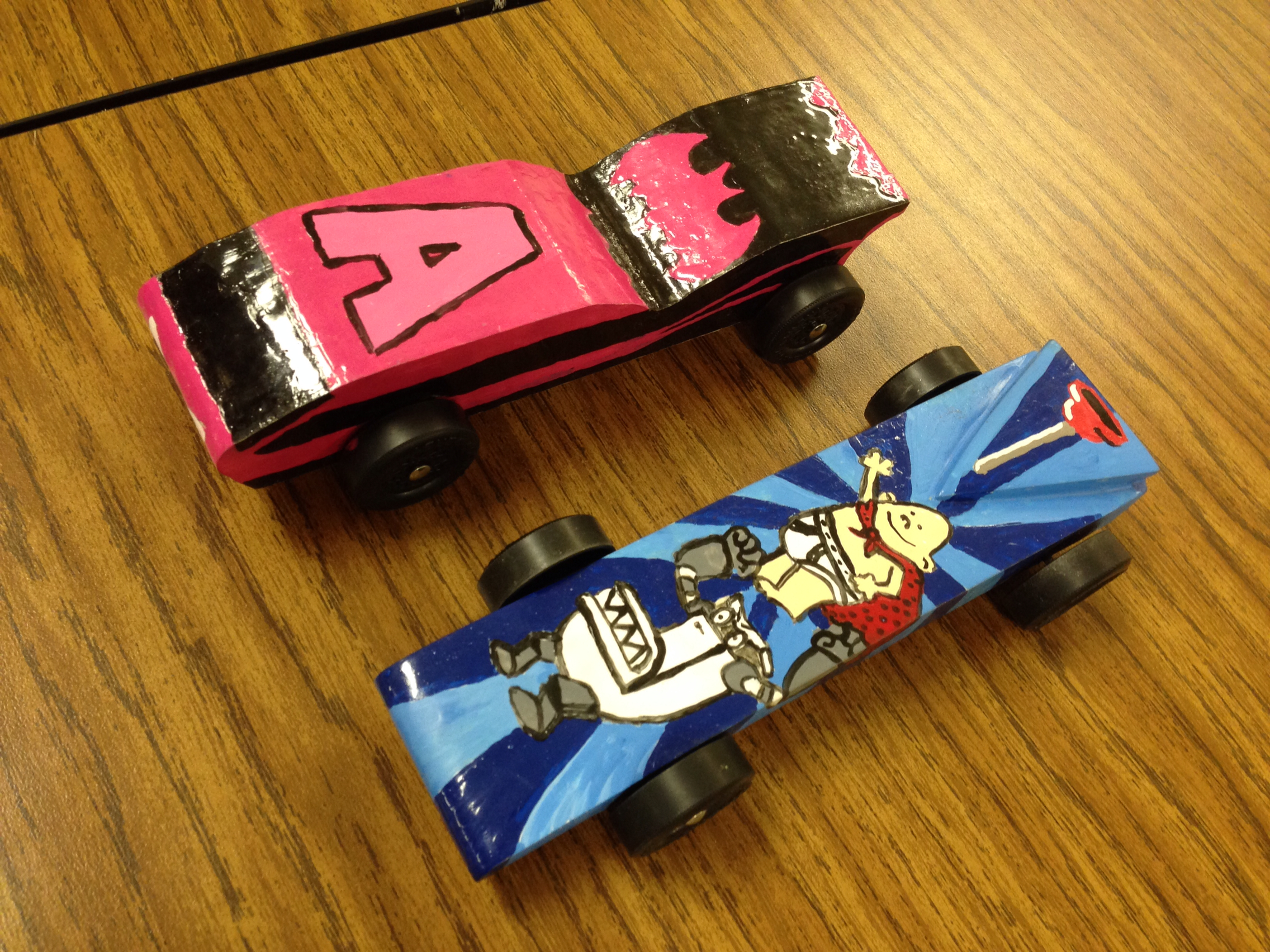 Nathan wanted his car to be themed after the Captain Underpants books, which he loves. He has finished the entire series, so if you have any other series to recommend a 2nd grader that loves to read, let me know! Autumn just wanted a pink bat girl car. 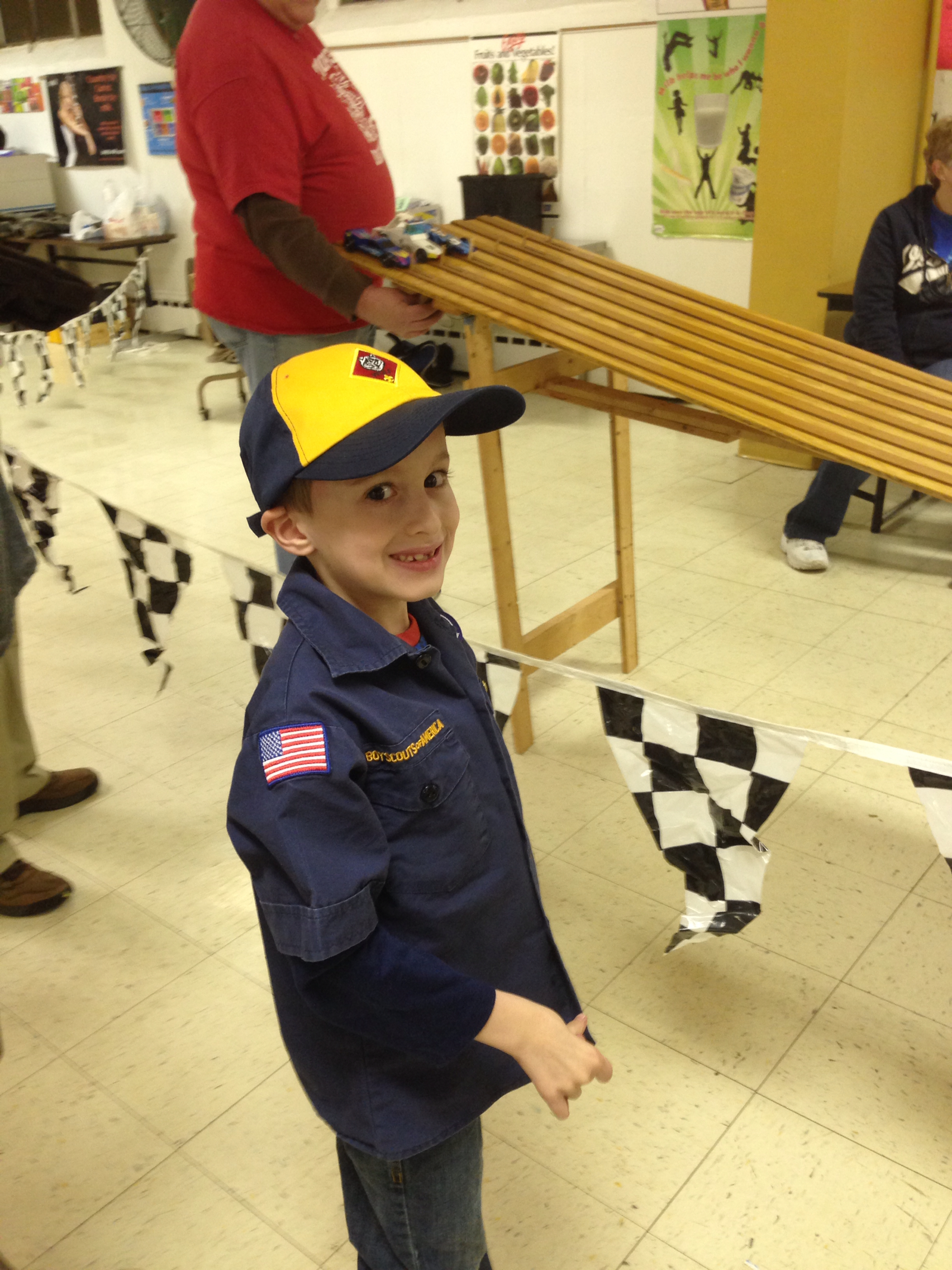 Nathan had to stand right at the start line the ENTIRE night. 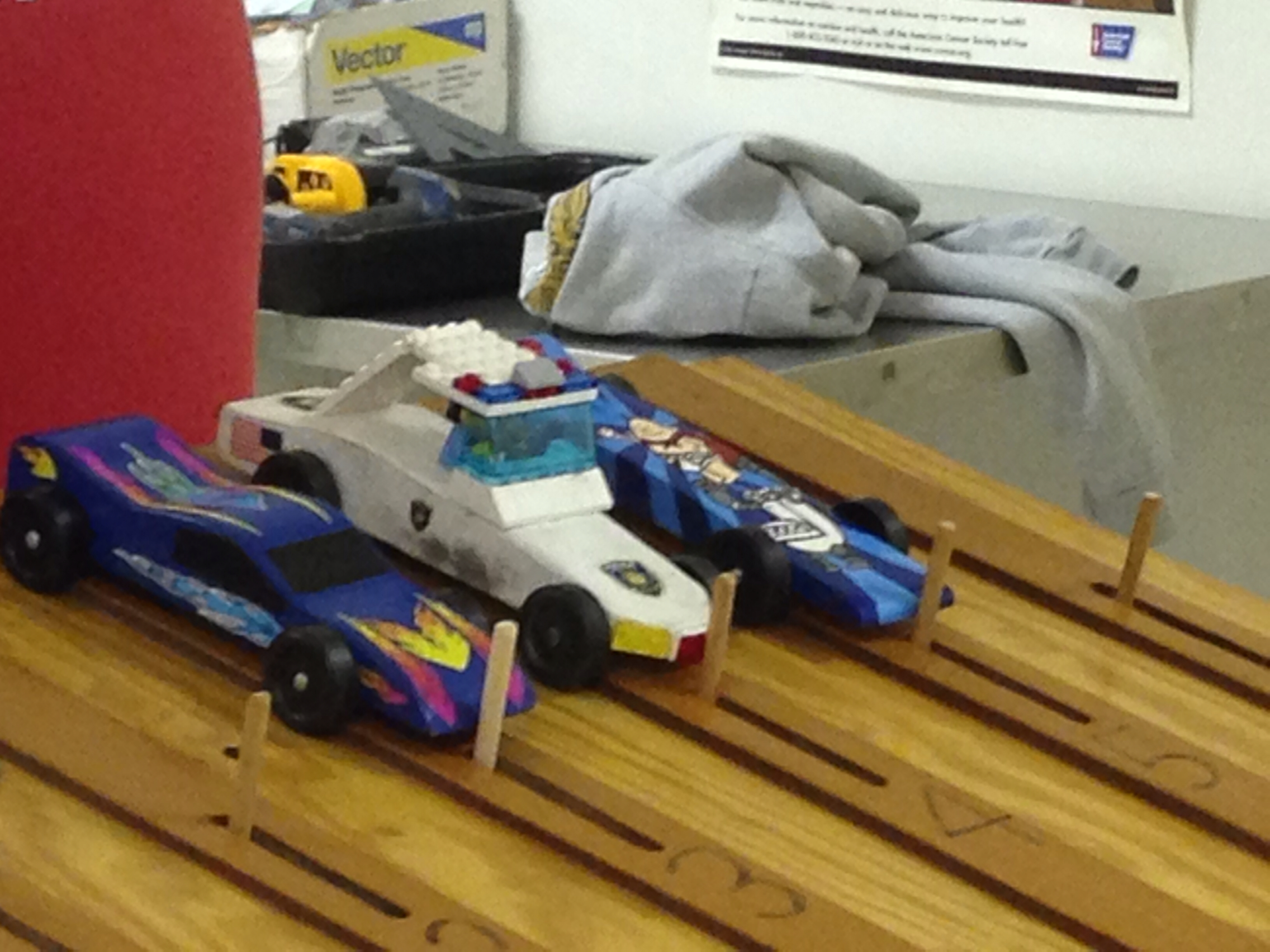 Nathan only has 2 other boys in his group that are working towards being a Wolf. Here is his car and the other two ready for take off! 😉 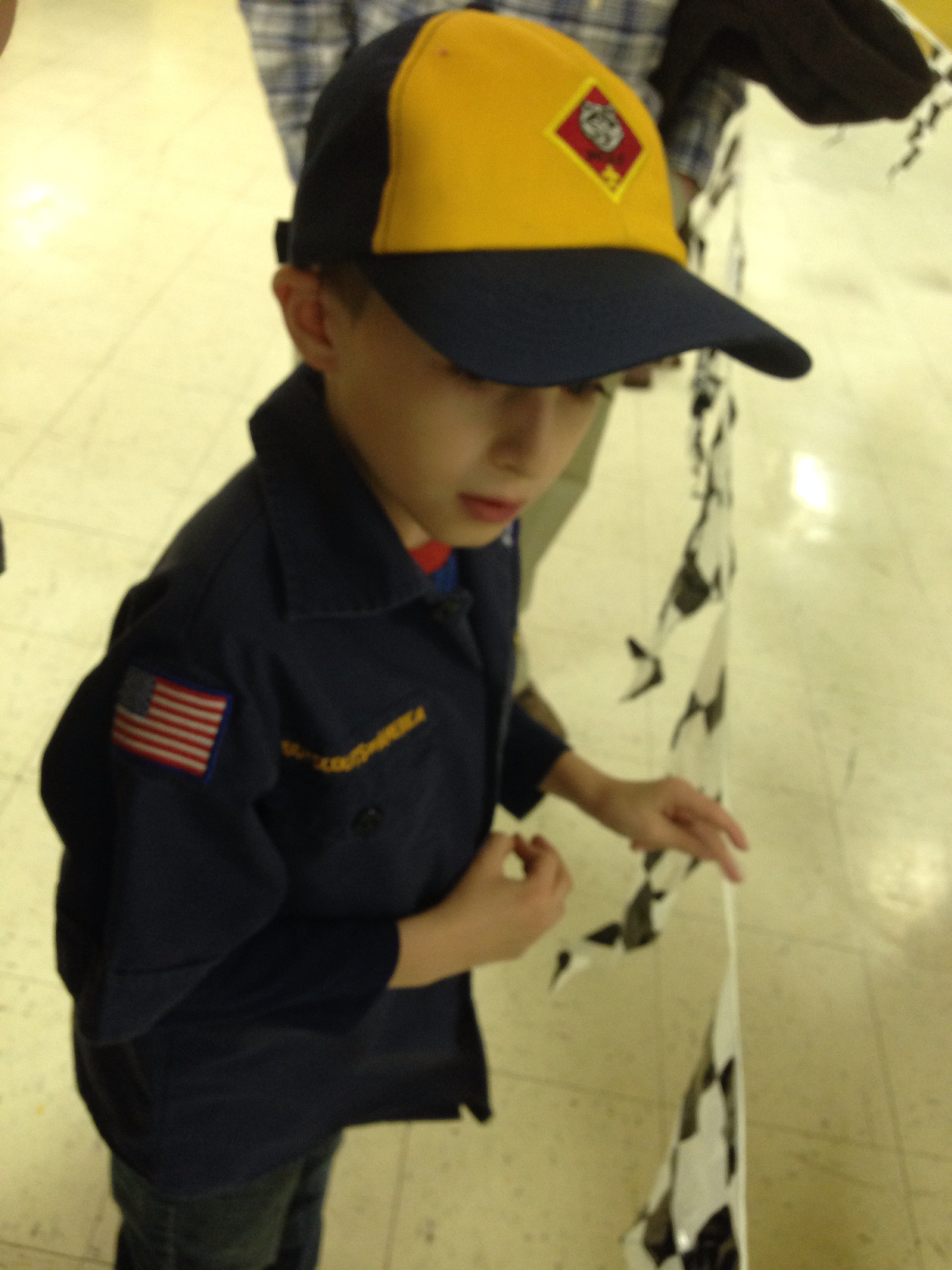 Nathan watching his car, love his reaction! So serious! He is my serious kid 🙂 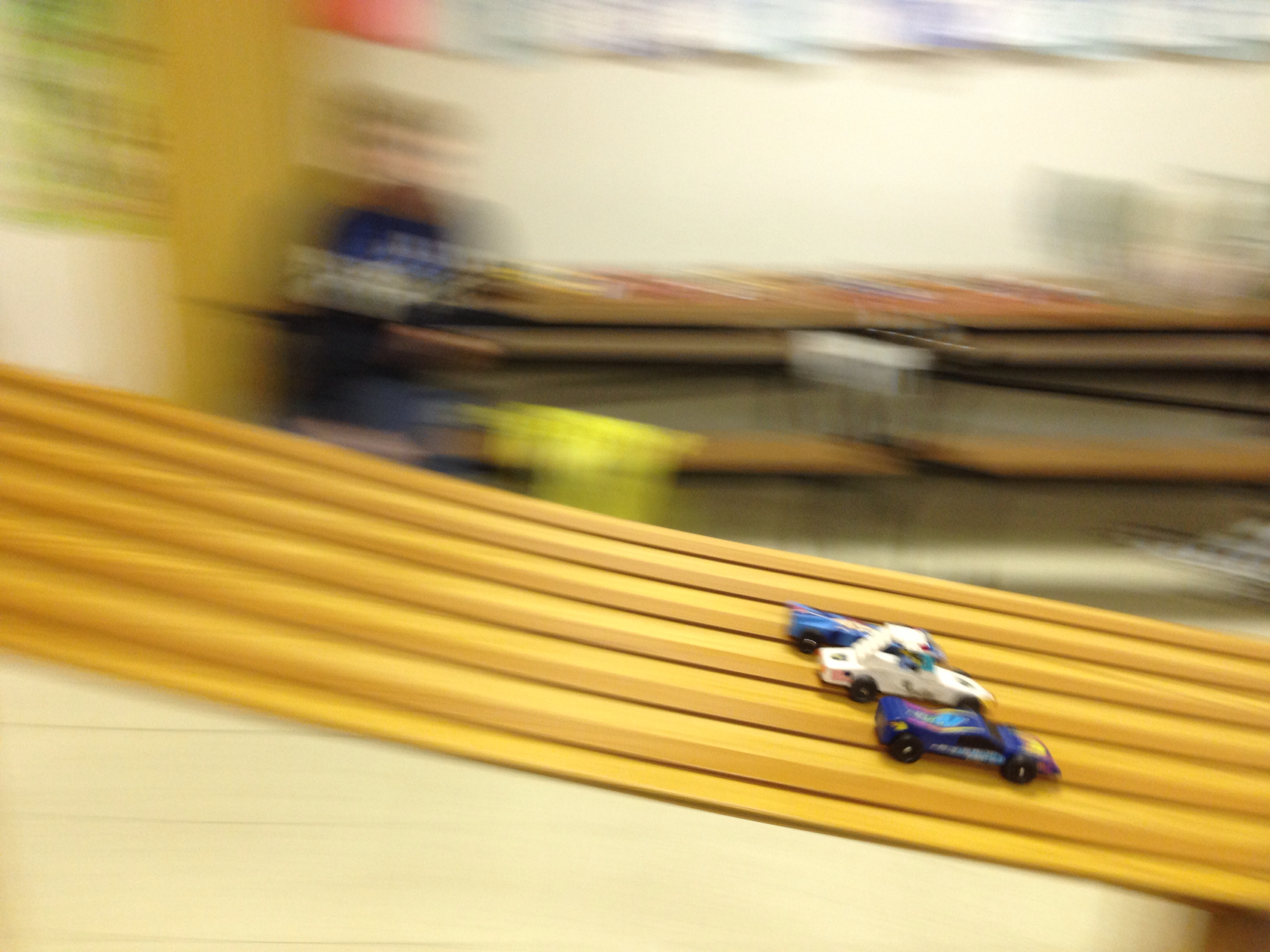 Not a bad motion photo for the iPhone… Brian helped set up the track, he loves that kind of thing. 🙂 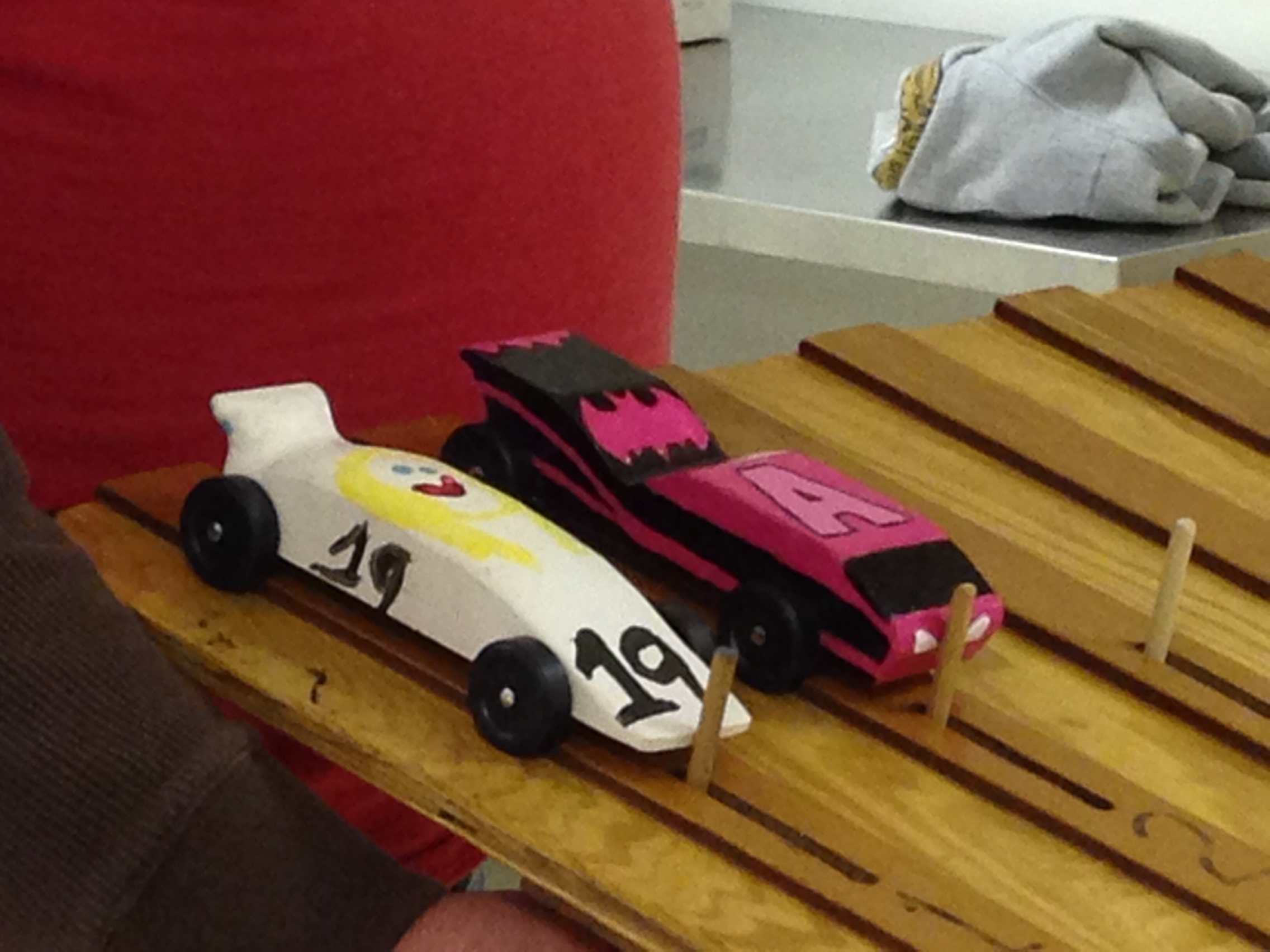 Sibling cars. Can you tell these were both made for little girls? 😉 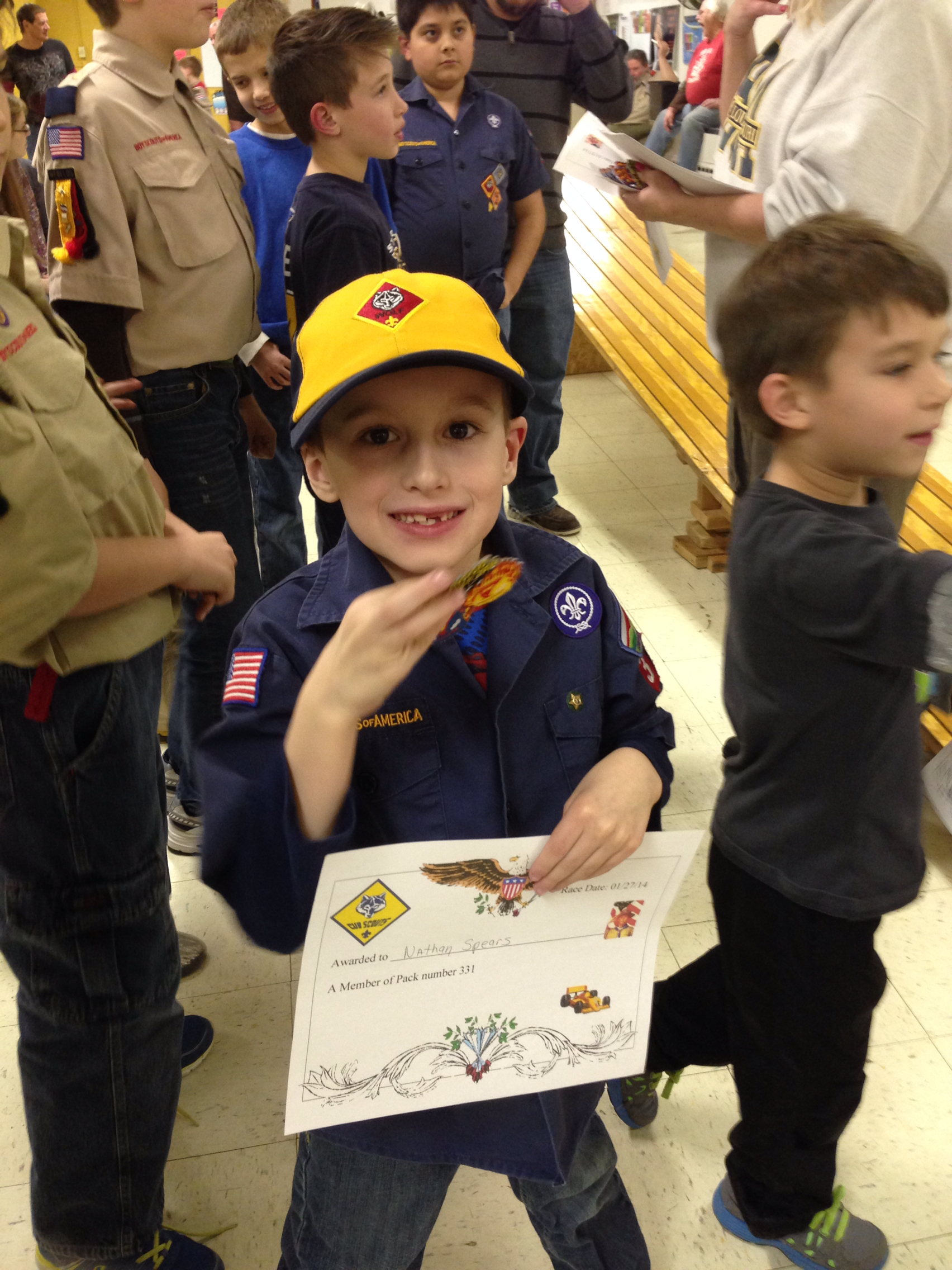 At the end, the boys received certificates and a Pinewood Derby patch. Nathan won first place overall on design and Autumn won first place for her division on speed. Yay! So proud of them both! 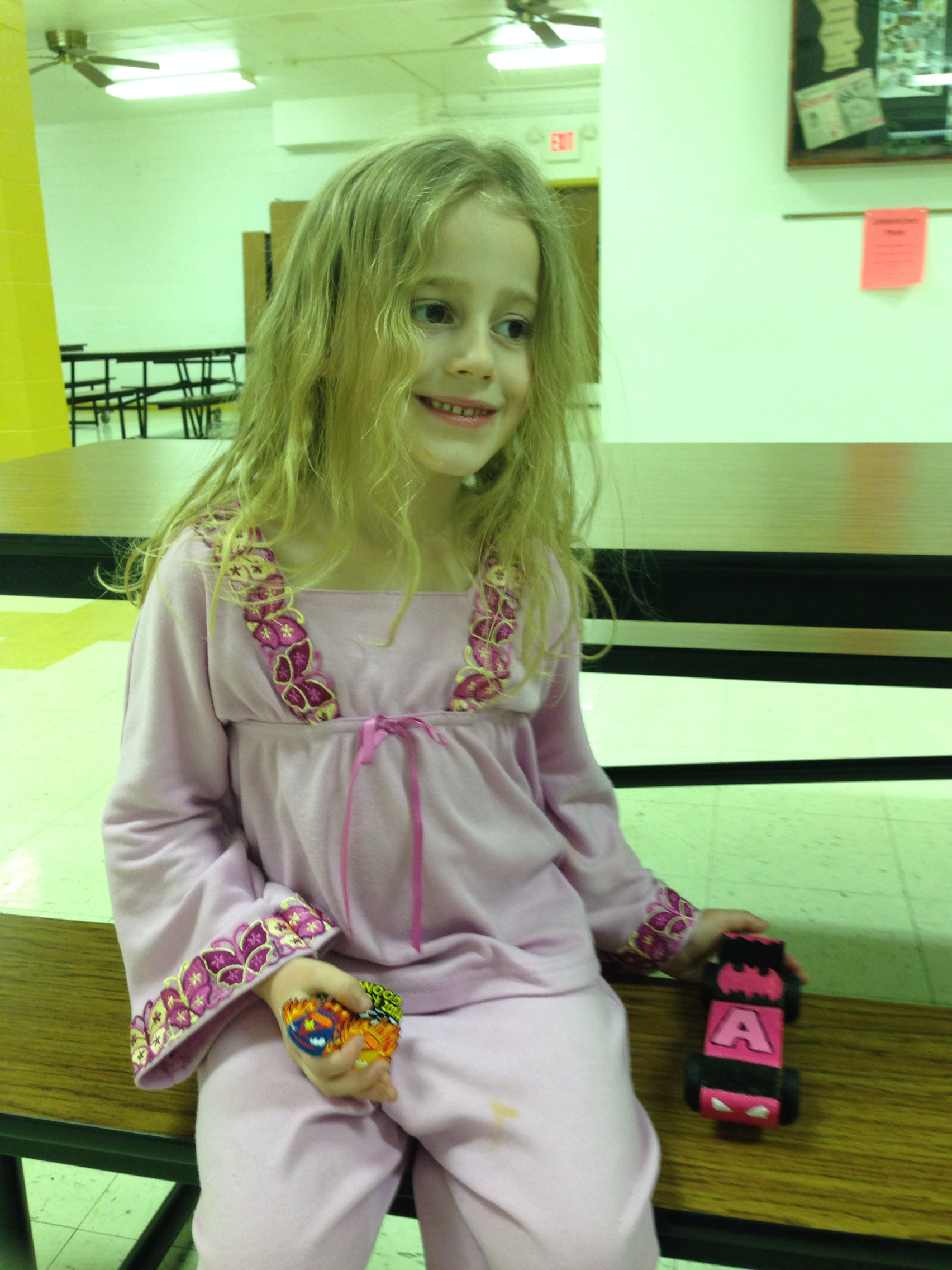 Autumn with her car. Ok, not the best iPhone pic, she is looking a little green… Aren’t her American Girl jammies adorable?!! Gotta love PJ day! 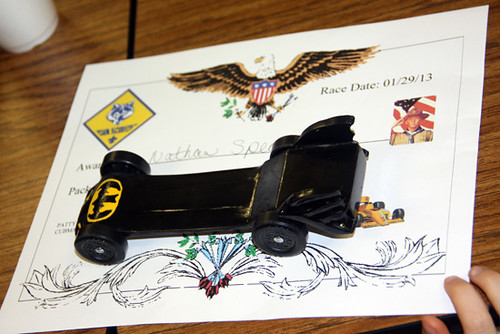 If you would love to read about LAST YEAR’s Pinewood Derby, click HERE. This is a photo of Nathan’s bat mobile that he raced last year.

AND, if you haven’t already… click HERE for a GIVEAWAY for a $120 gift card to Roadrunner Sports! Also, several bloggers are sharing their running tips!