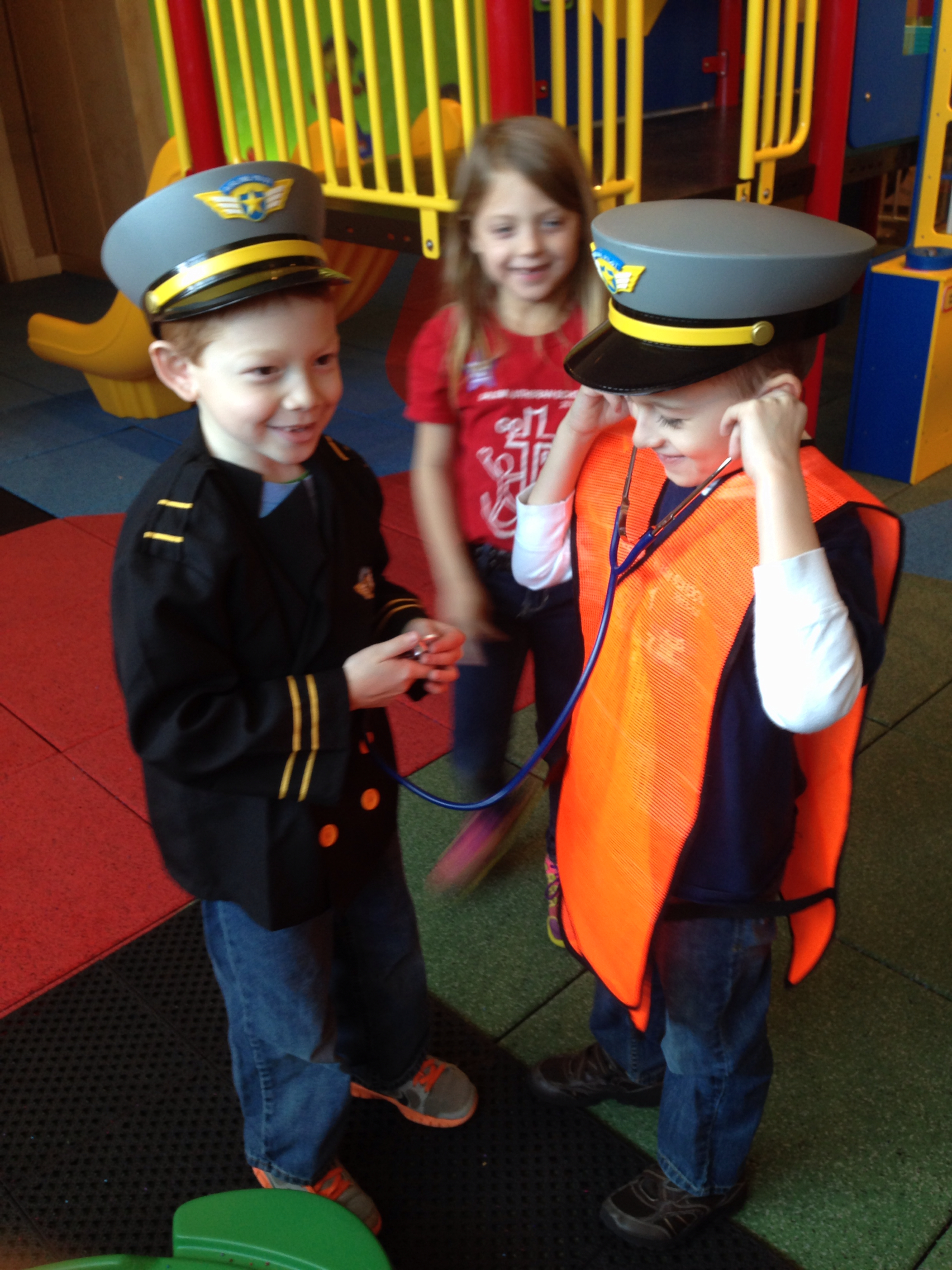 Right before I was laid off from my work, I had a couple back to back field trips with both of the kids that I haven’t had time to blog about until just now. 🙂 Nathan had a field trip at the Magic House and then we went to the SUPER McDonalds across the street and then BACK to the Magic House afterwards for more play time. YES, I was so exhausted afterwards! Lol! The kids got to go into the Sid the Science Kid exhibit and here is Nathan and a couple of his friends playing dress up. 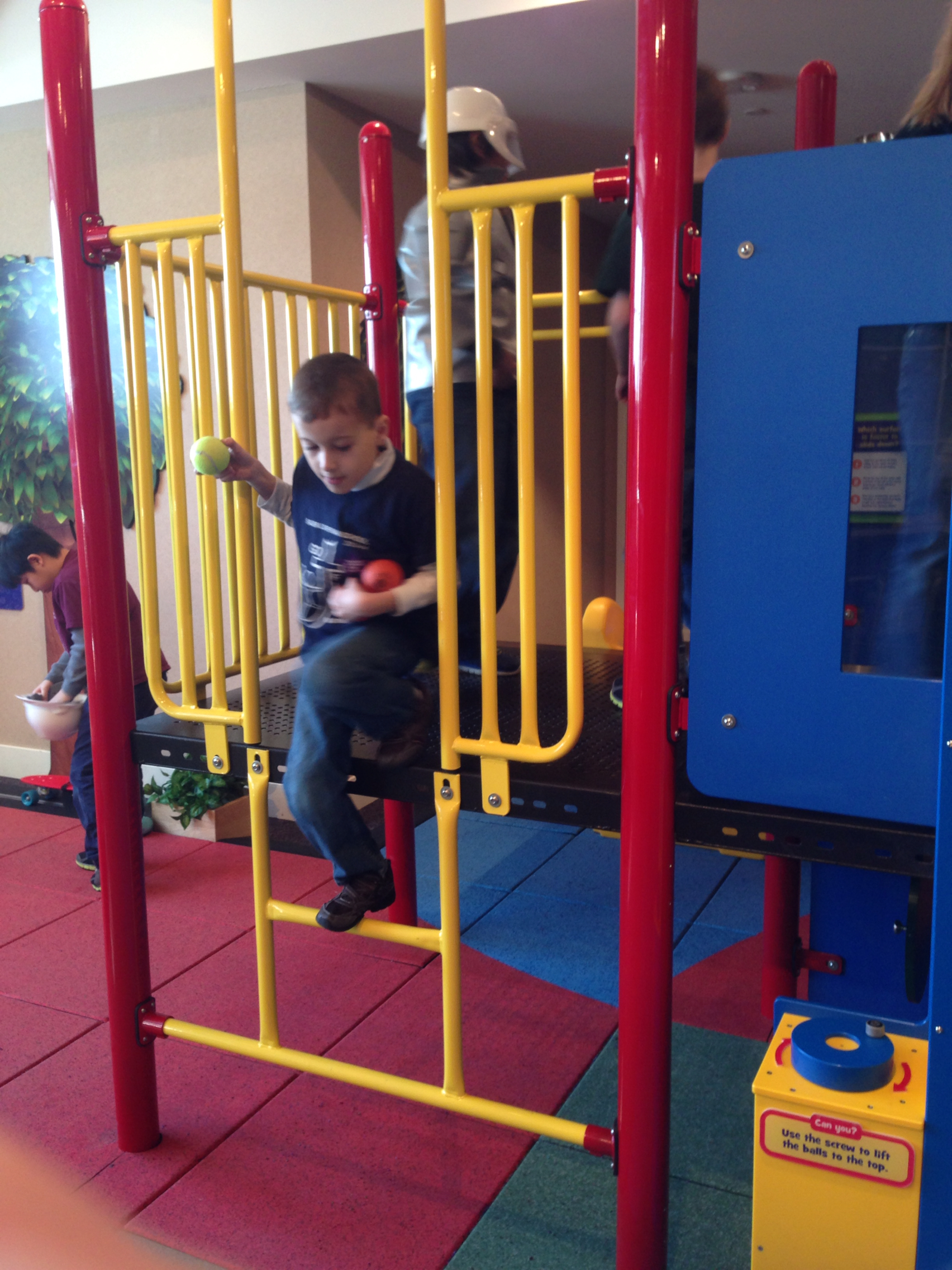 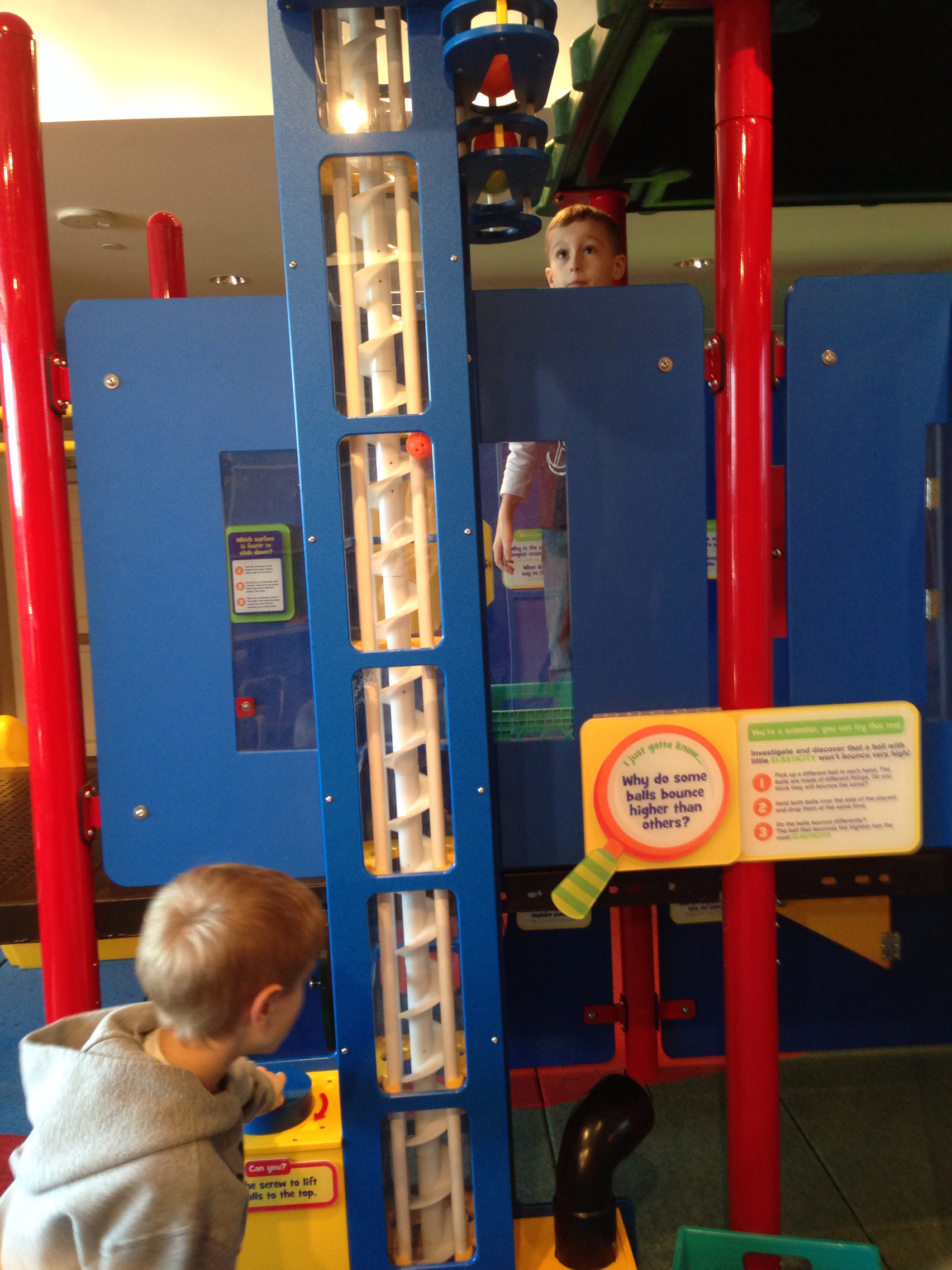 The exhibit had everything, Nathan enjoyed the ball conveyer belt. 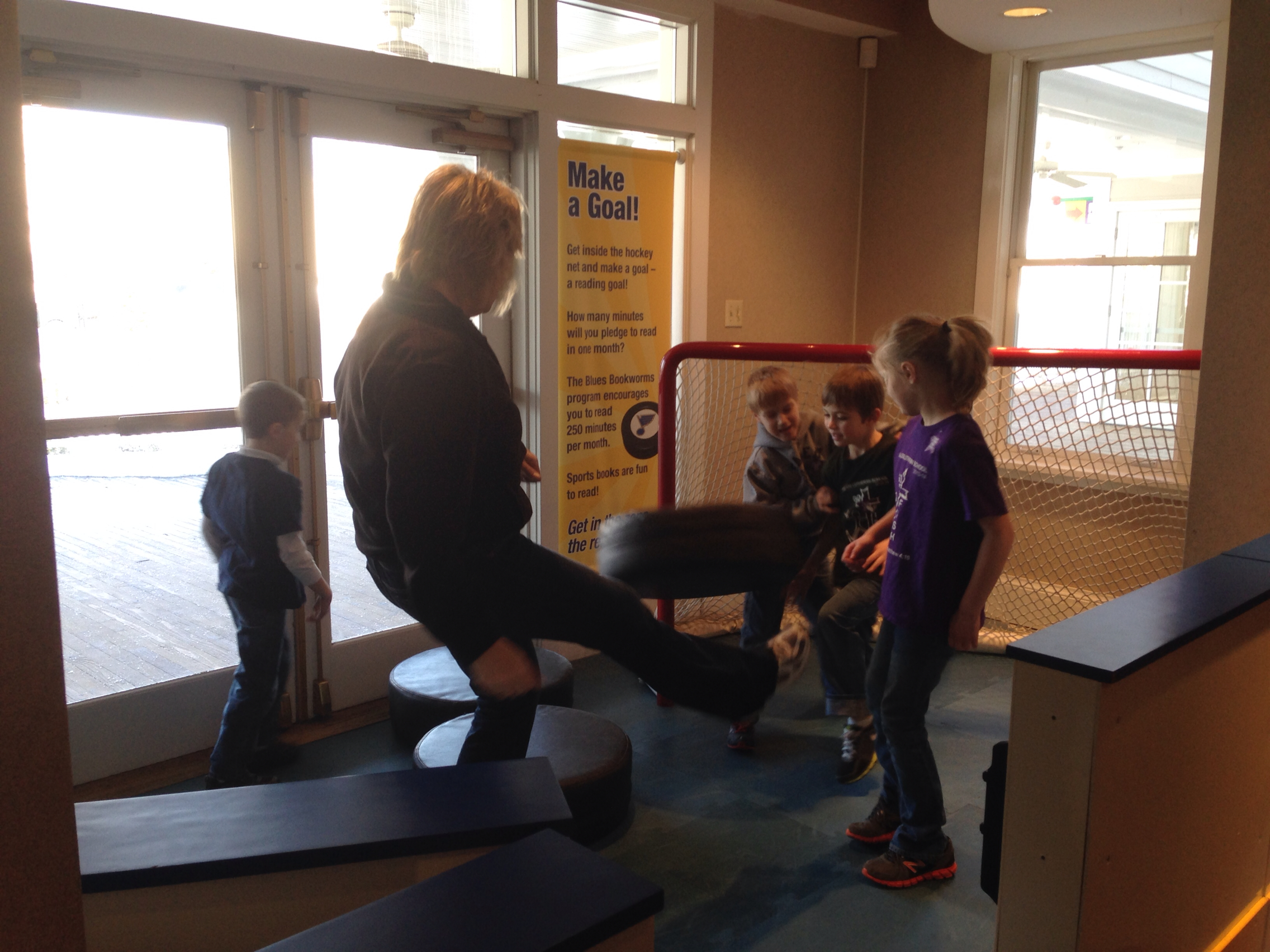 After the exhibit, the kids got to explore certain areas of the Magic House. Here they are playing with huge hockey pucks, you can also see his teacher playing along with them. 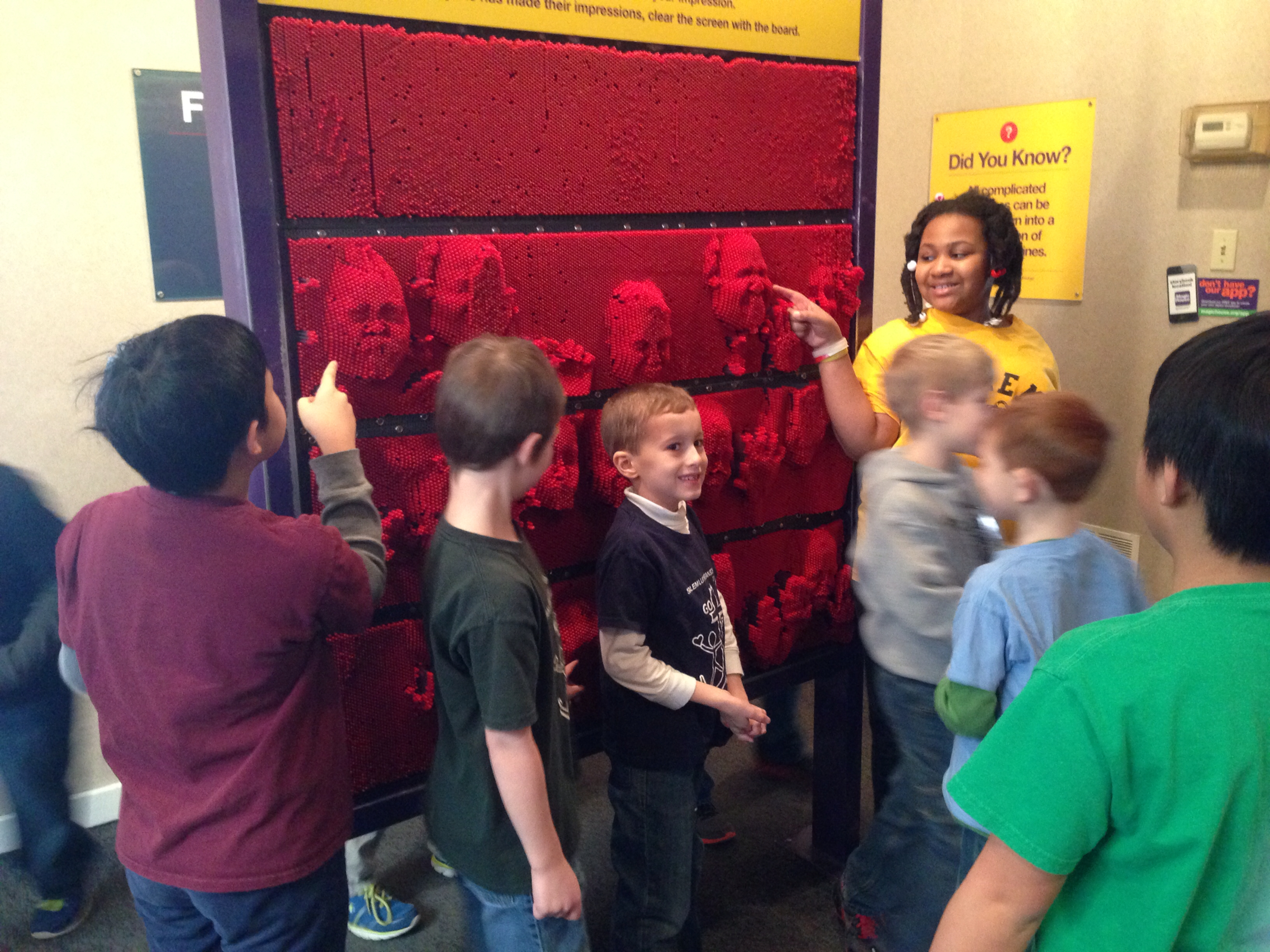 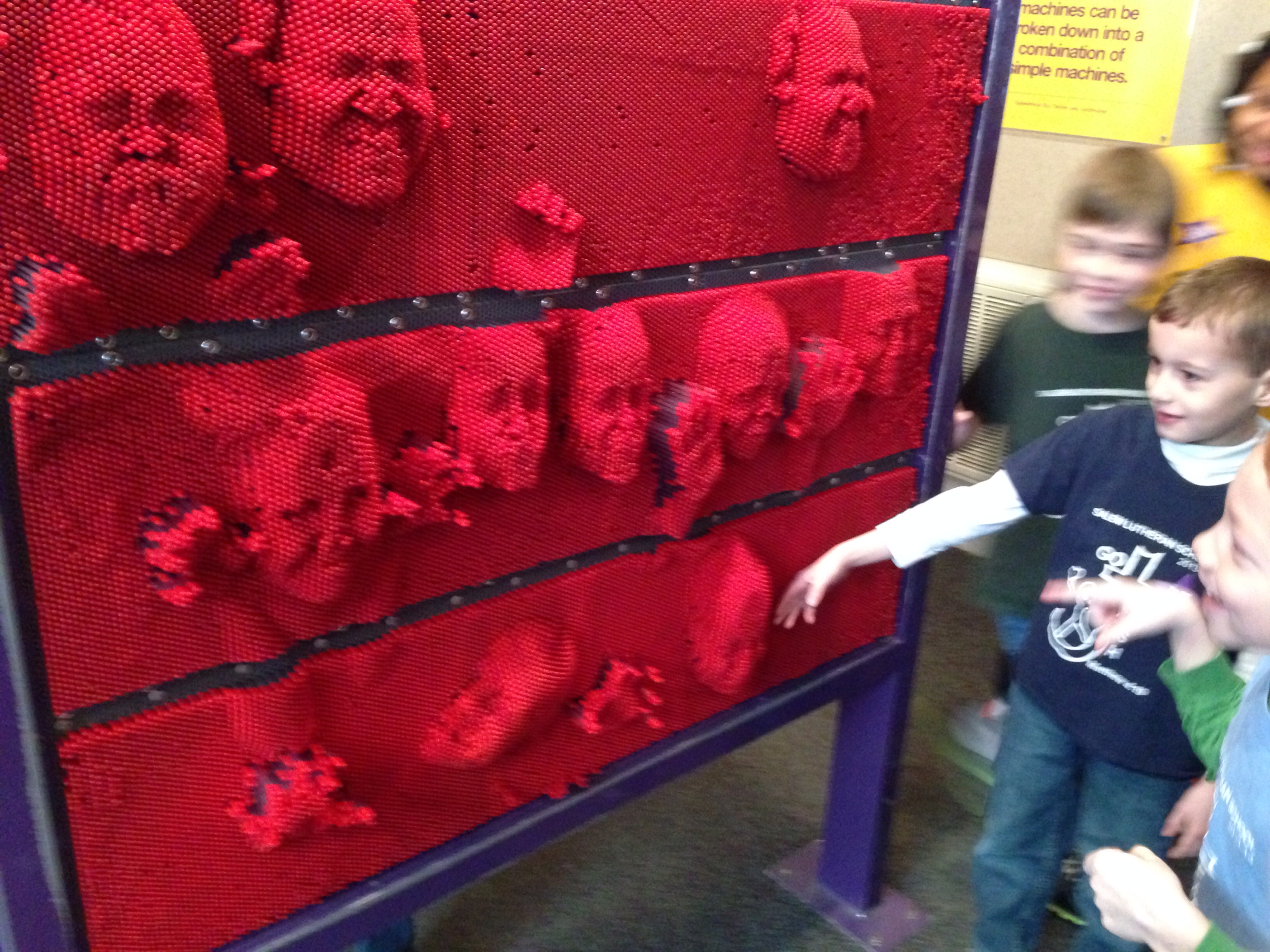 They also had fun making faces with these red pegs, I love how they did a class one with all of their faces. 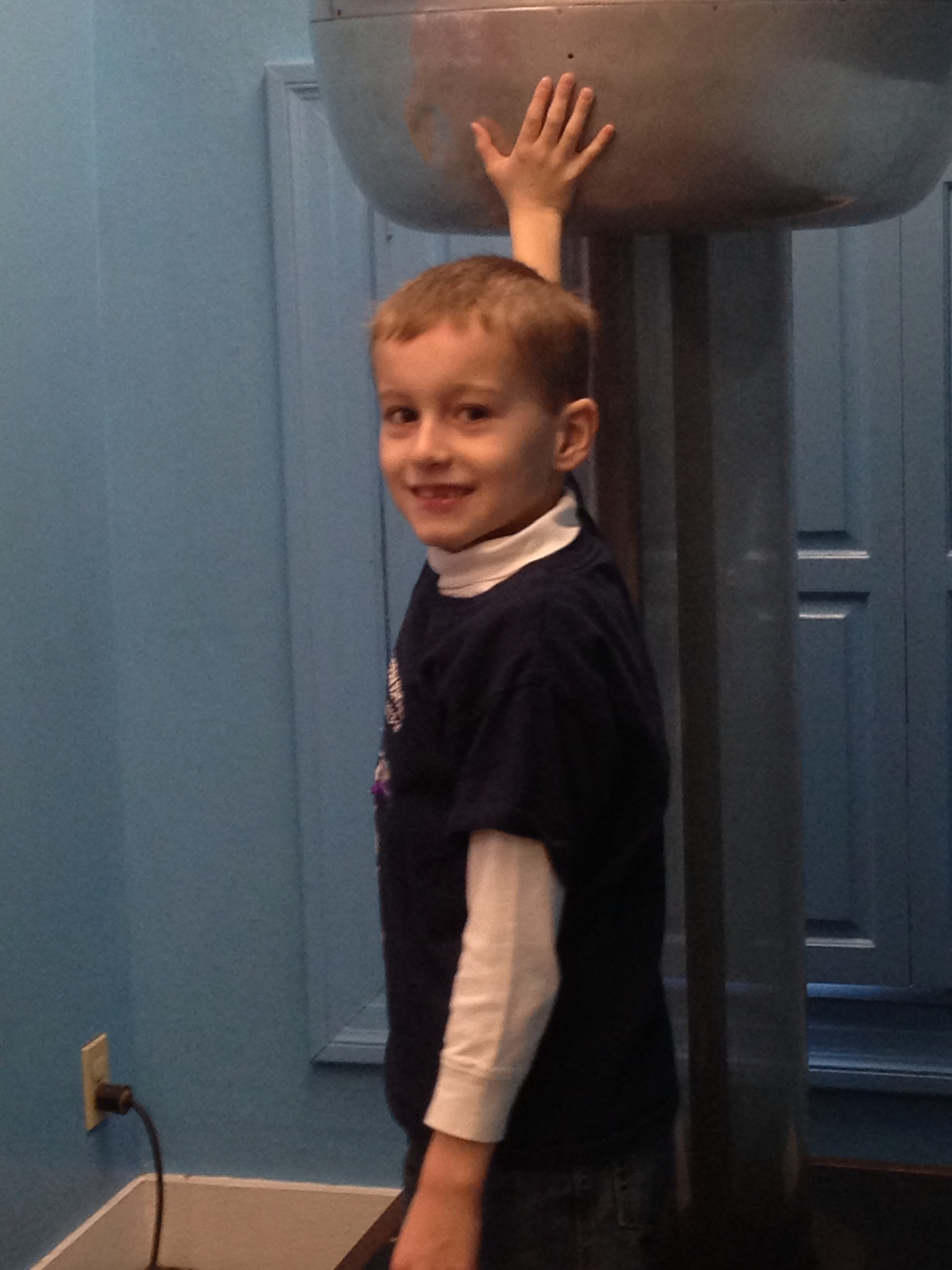 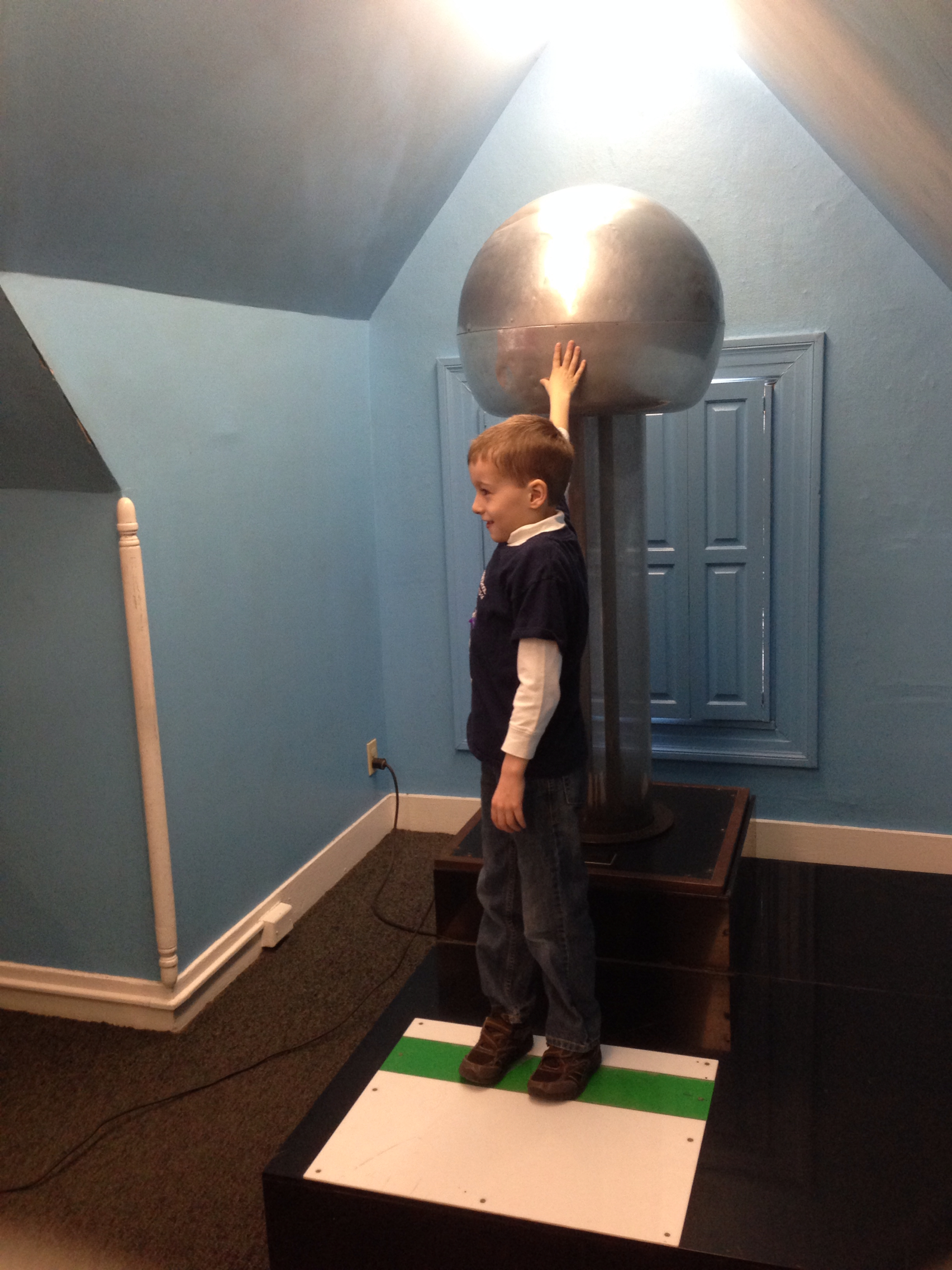 I remember the big thing at the Magic House when I was a kid was the static electricity ball. Nathan’s hair is so short you can hardly see that it is standing up! 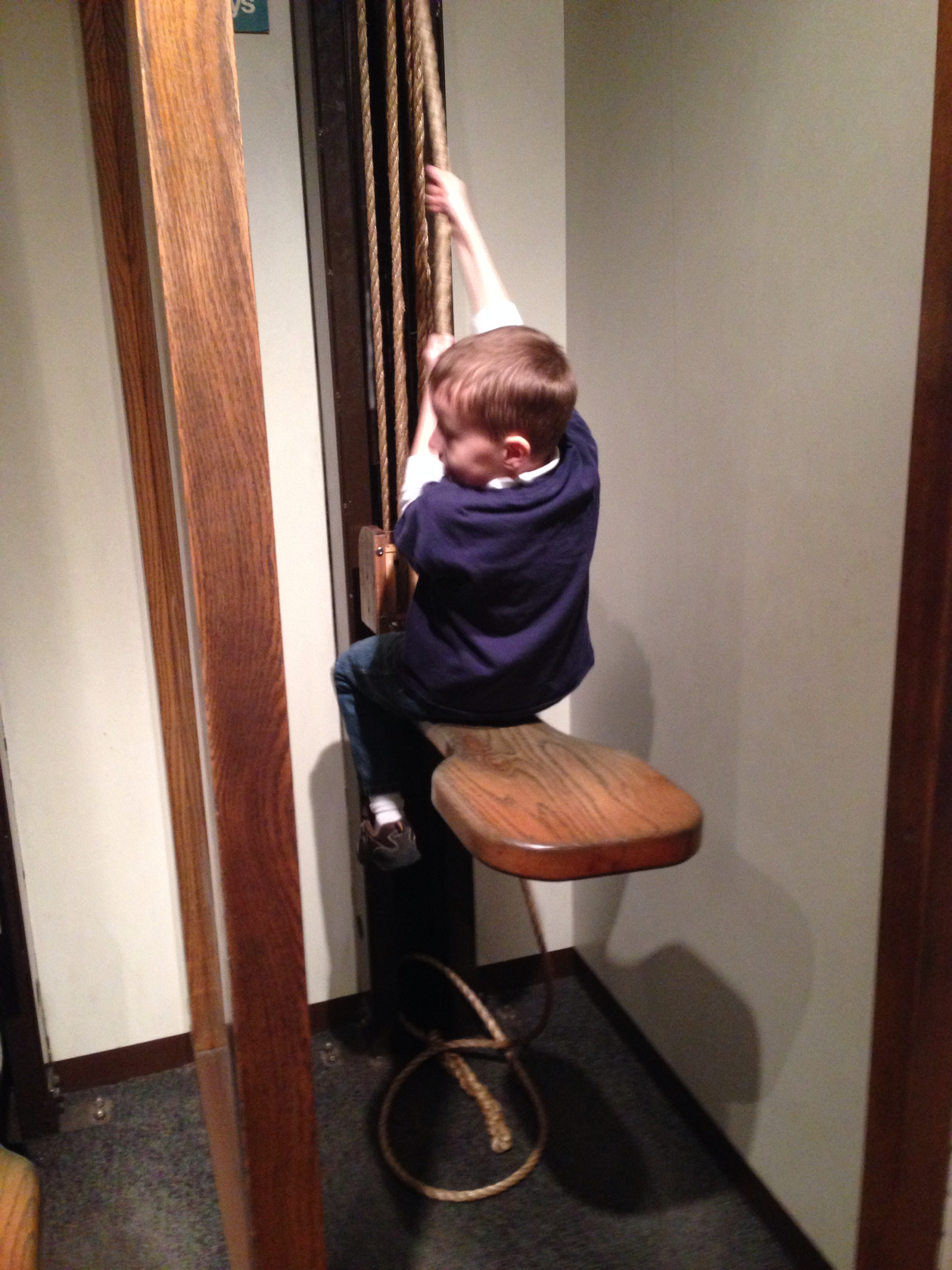 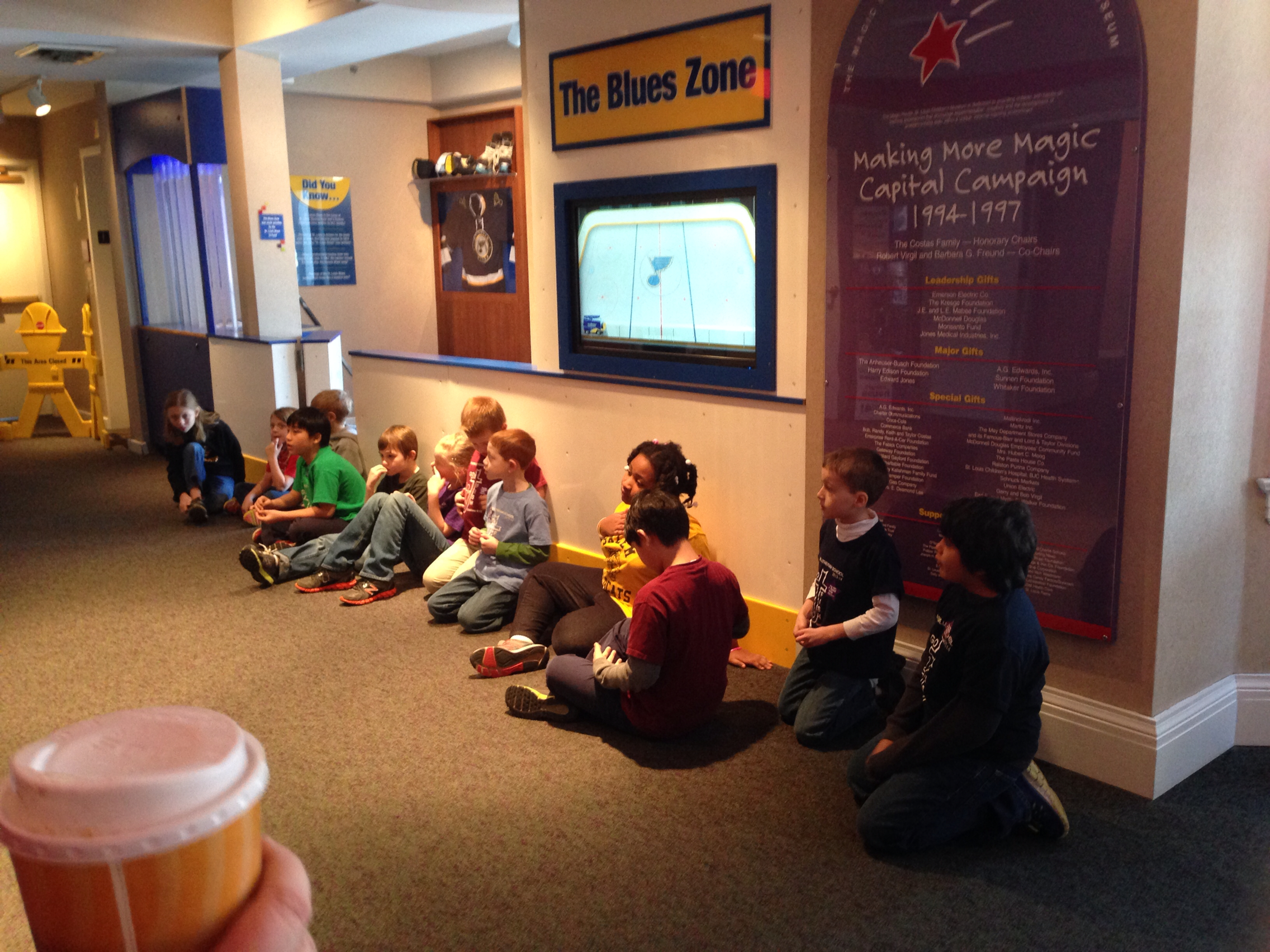 Field trips are exhausting! I always feel like they wear me out more then normal work! That is why all of us Moms always get our coffee fix to keep us going! haha! This is a photo of Nathan with his class and my coffee! 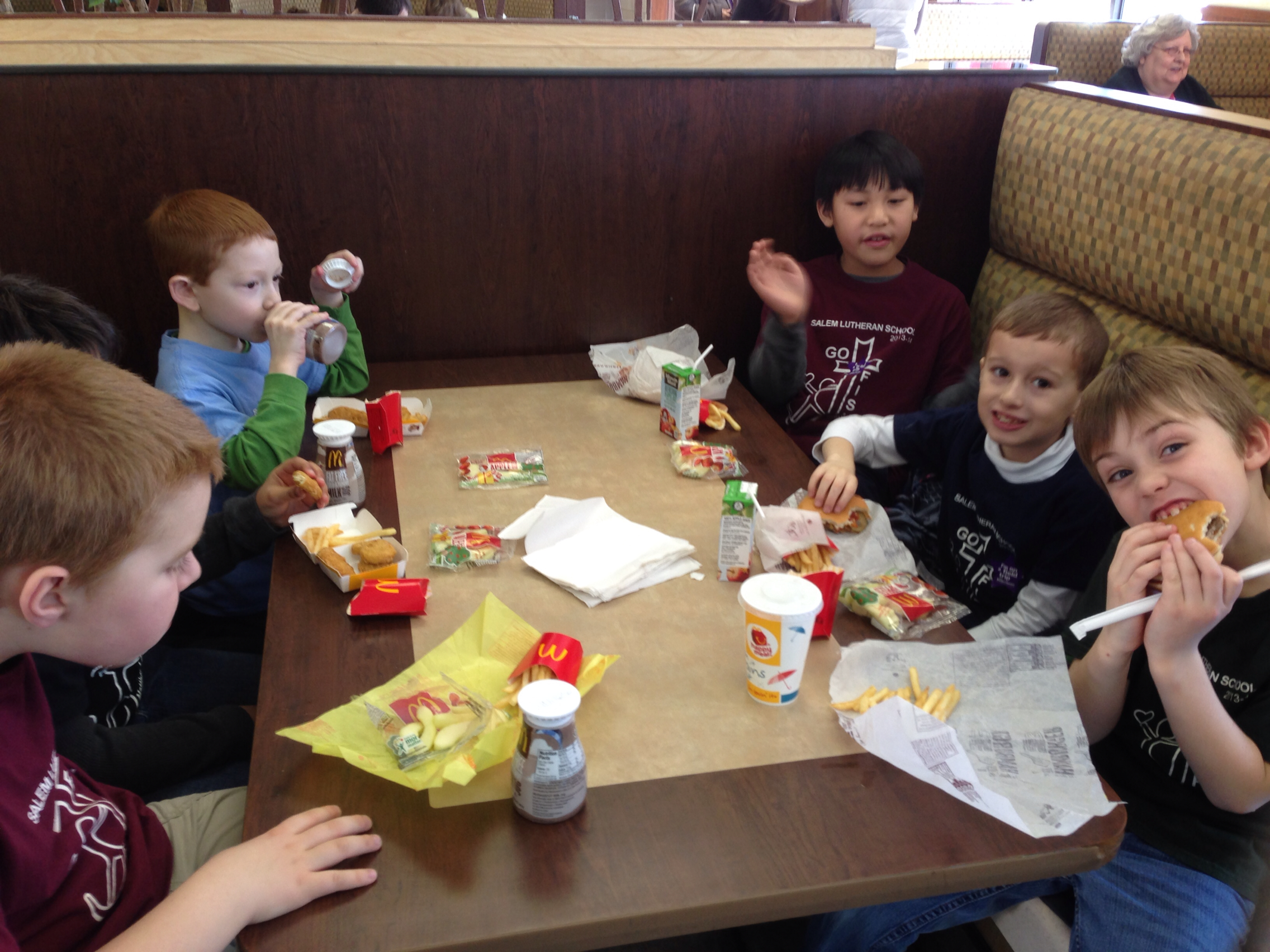 We stopped at McDonalds across the street for lunch and I saw the largest McDonalds play land ever. Wow… I must say, if we get McDonalds I normally try to avoid the germ pit play area by all costs. 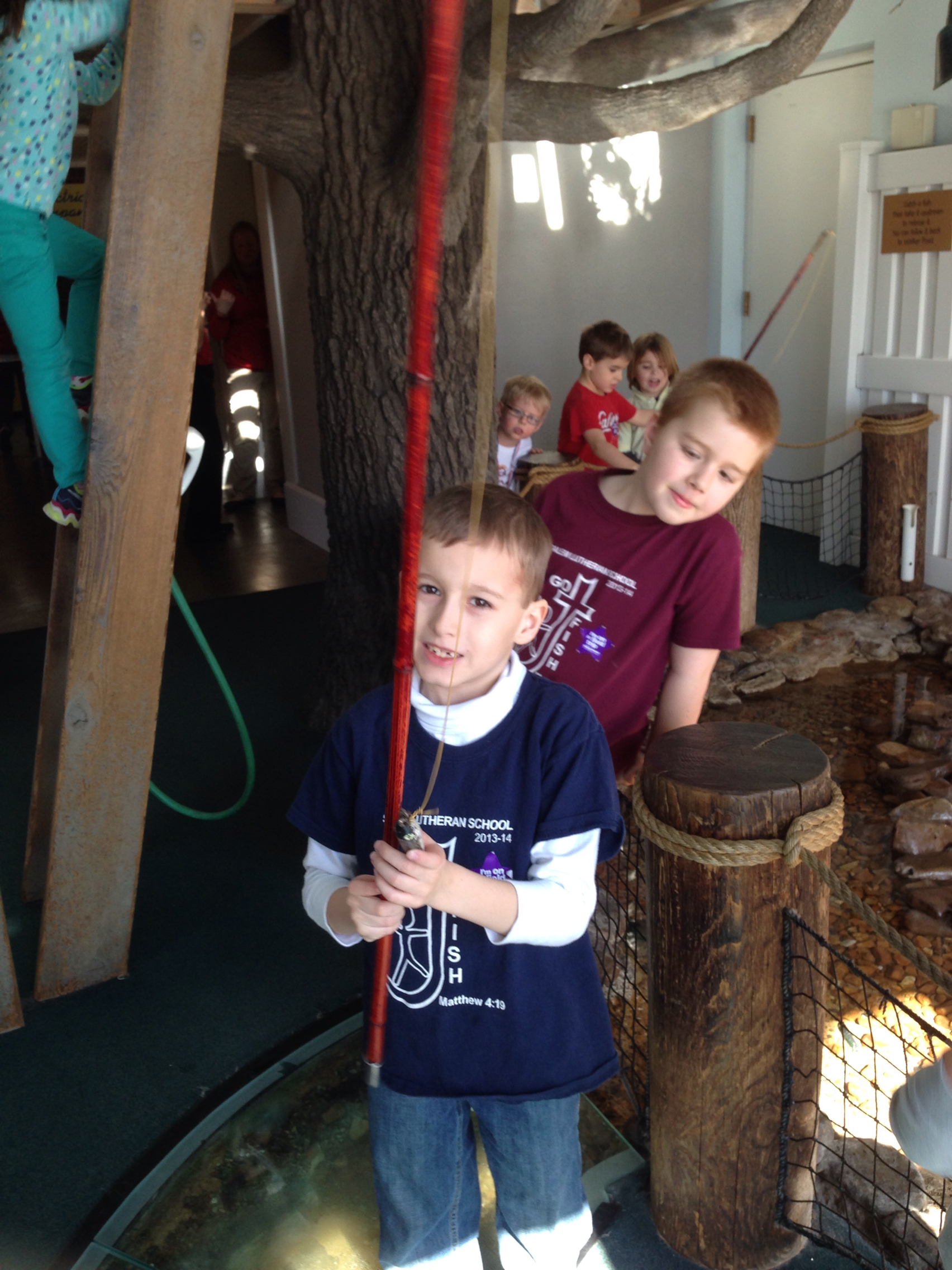 Then, after McDonalds we landed back at the Magic House. Whew. Nathan loves the magnetic fish and always needs to catch a few when we go. 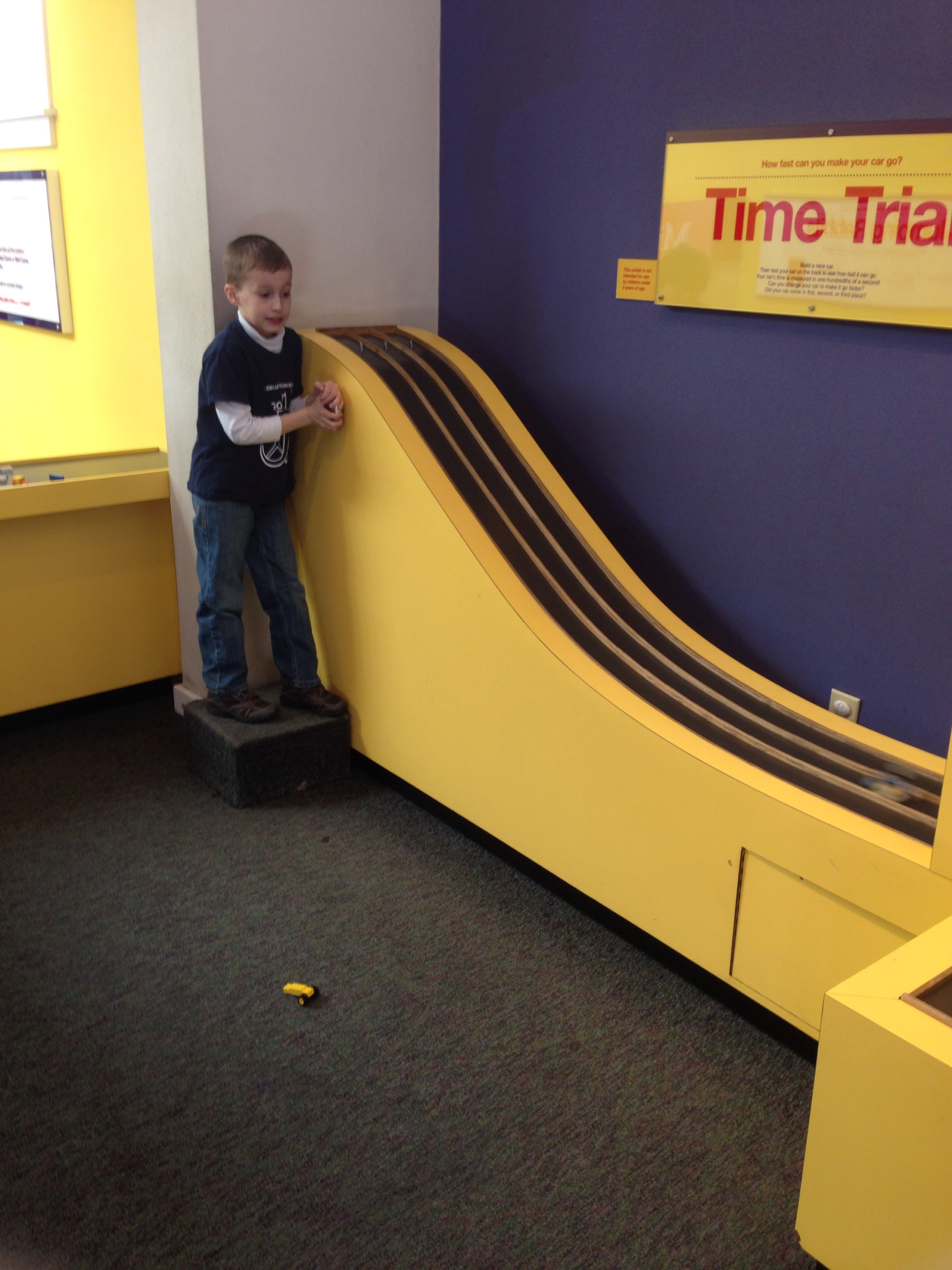 He also played on the lego car ramp, but man… the one he played on in Kansas City at the Legoland was WAY, WAY cooler. 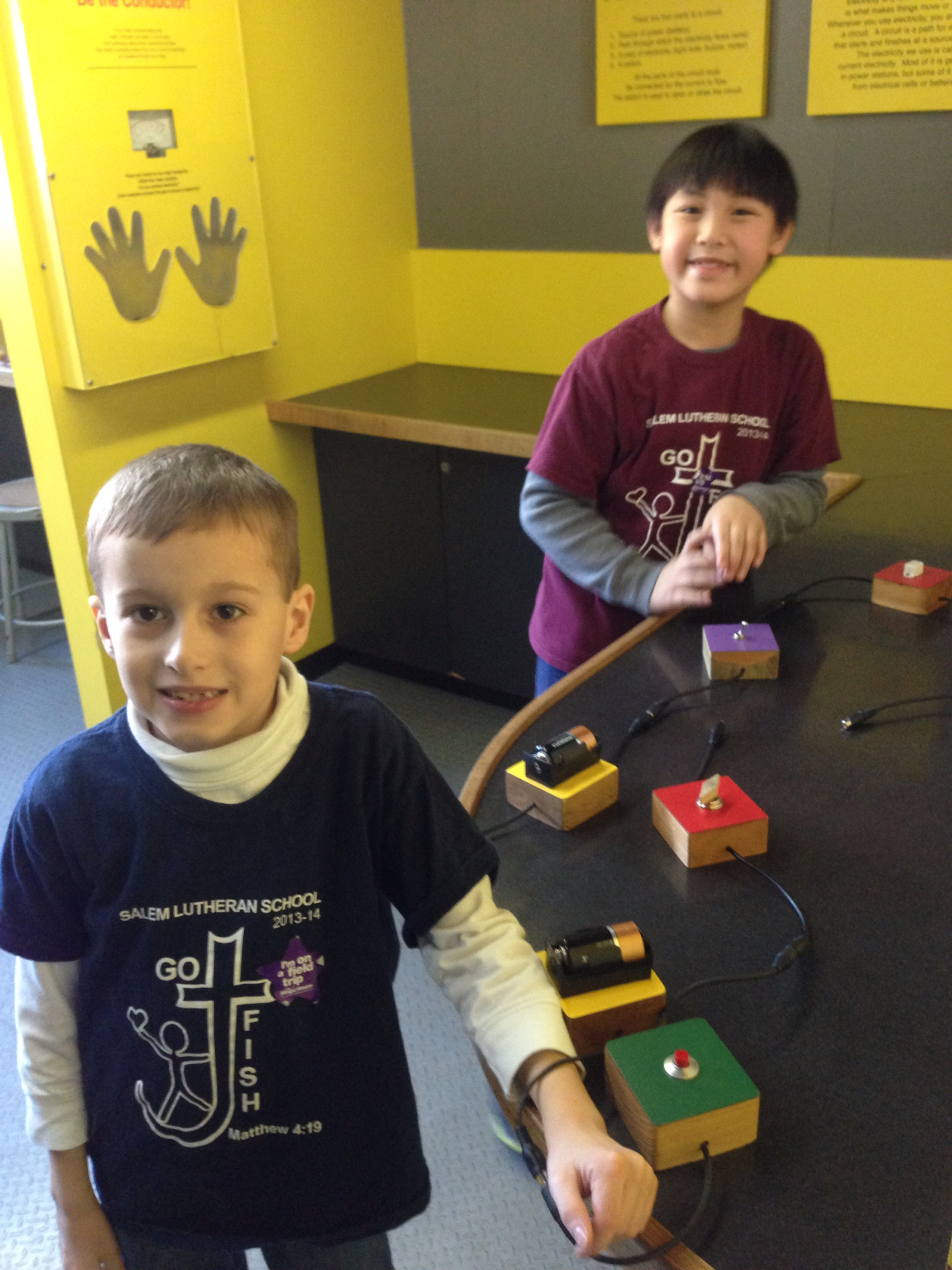 That sums up Nathan’s field trip… we have another one tomorrow, they are going to a nursing home to do their Spring musical for the people that live there. 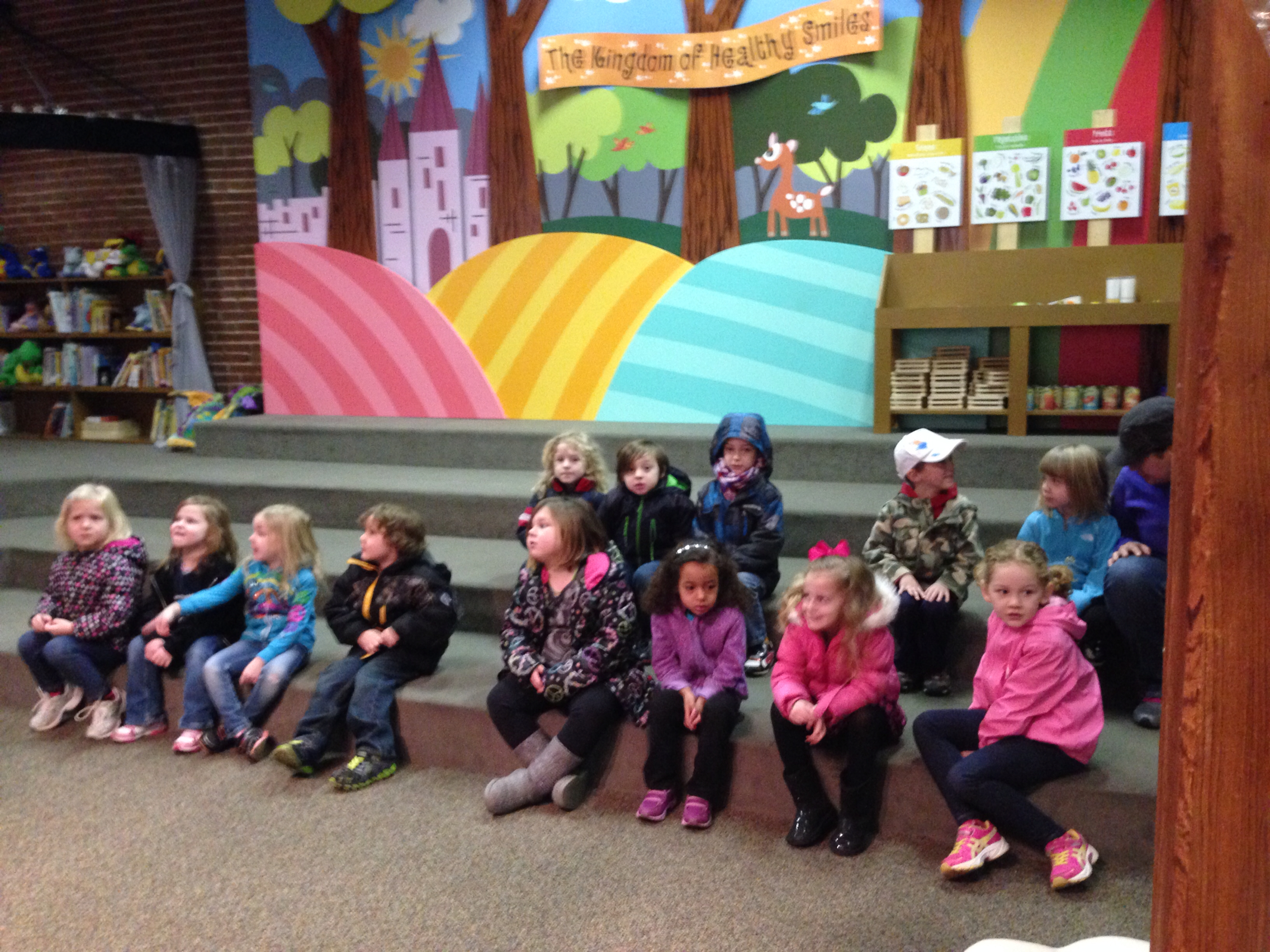 For Autumn’s field trip, she got to see the Delta Dental Theater. Apparently this theater has been around for awhile, because my brother says he can remember going to it for school as a kid! Here is Autumn and her little class waiting for the show to start. 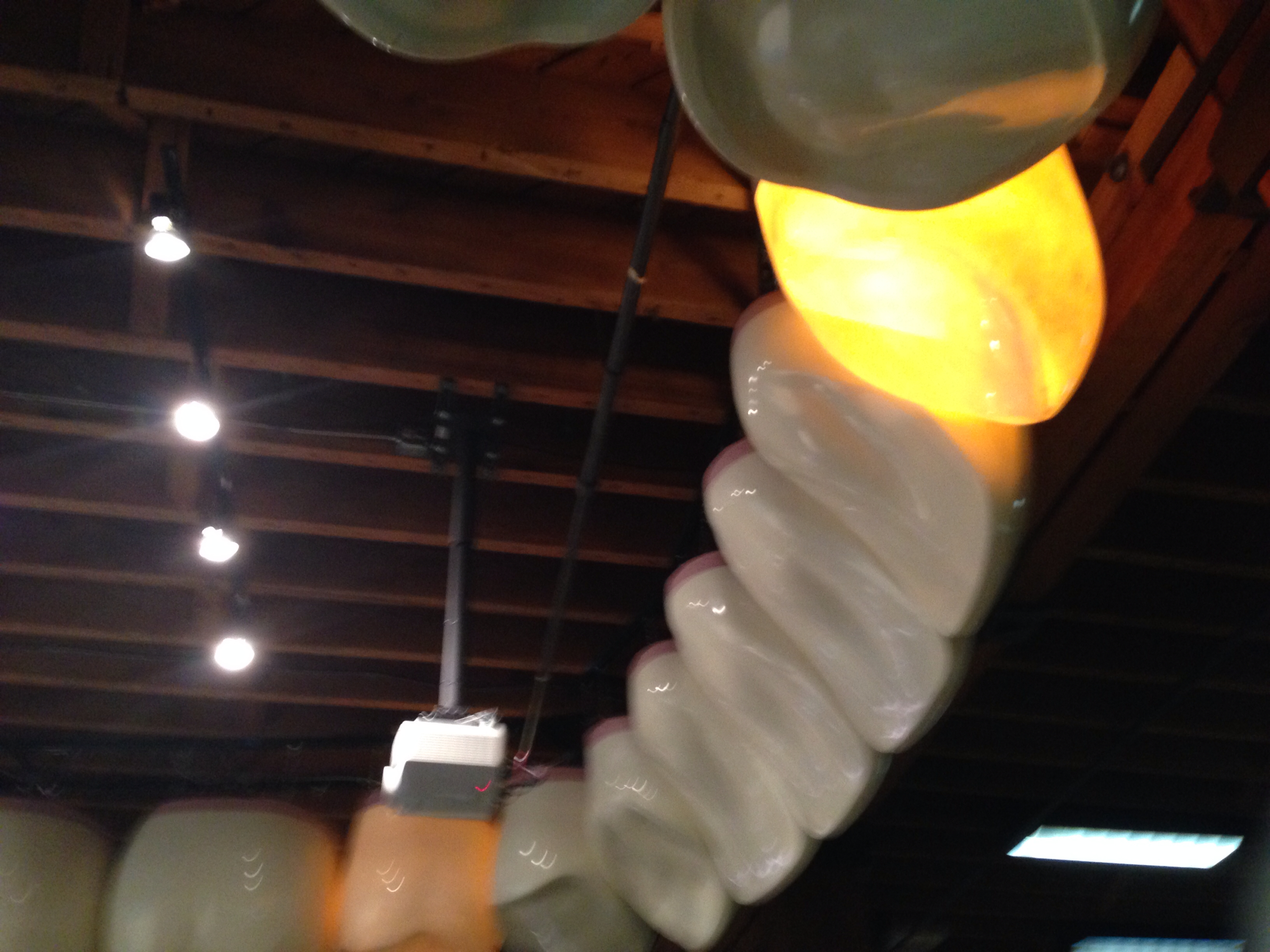 During the show, the kids had to answer questions correctly and when they did the enormous teeth above the stage lit up one by one! 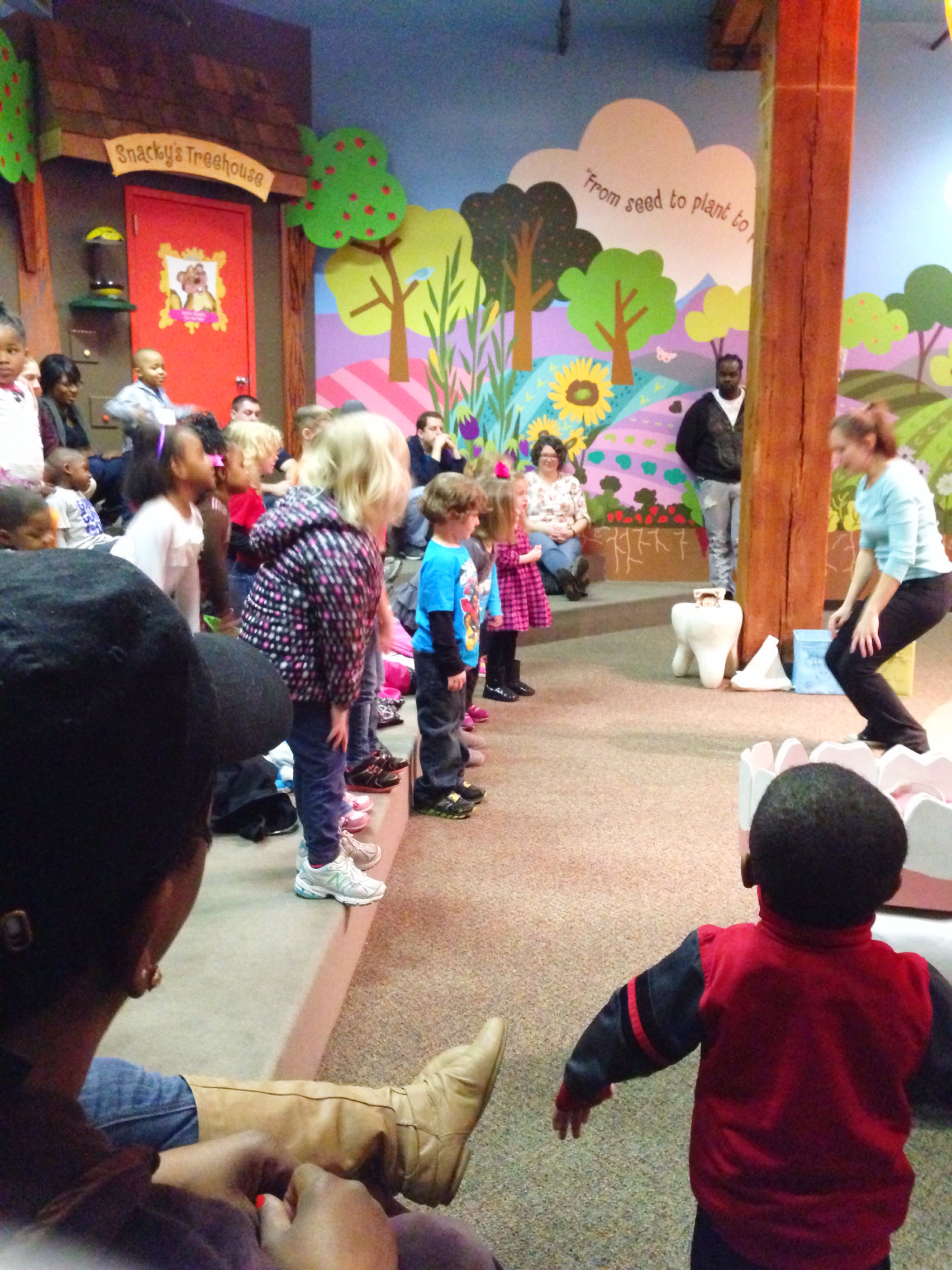 I could hardly see Autumn during the show, but you can see a glimpse of her in the front row wearing a pink dress in the photo above. 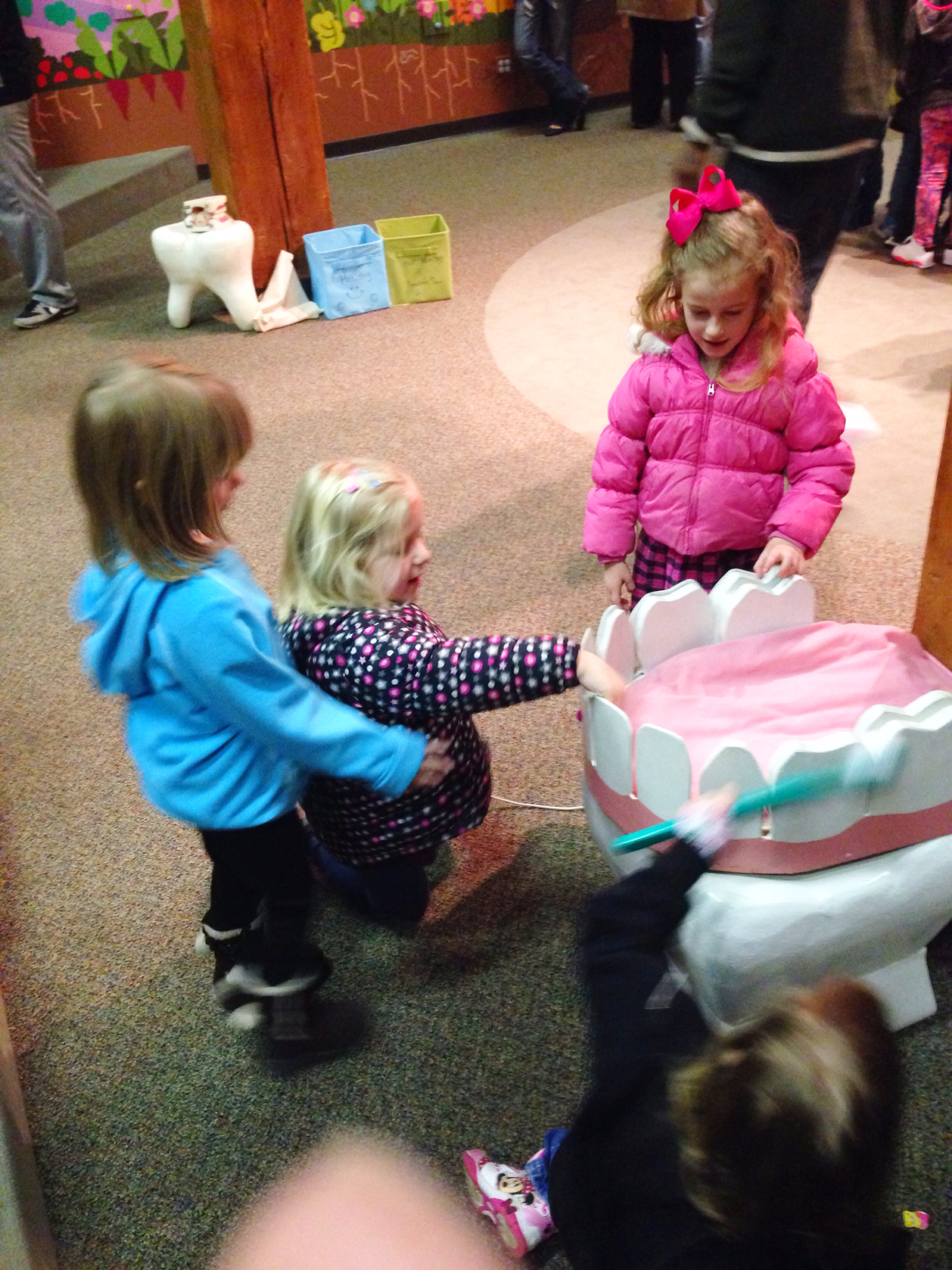 After the show, the kids got to play with some fake teeth by placing pom poms in-between them and using enormous floss to remove the plaque (pom poms). Such a cute place!

Autumn’s next field trip is 40 minutes away in Gray Summit, Missouri! We are going to Shaws Nature Reserve, which I have never been to… but, I am hoping it is a beautiful day and I plan to bring my BIG camera along since it’ll be a lot of nice outdoor pics out in nature!