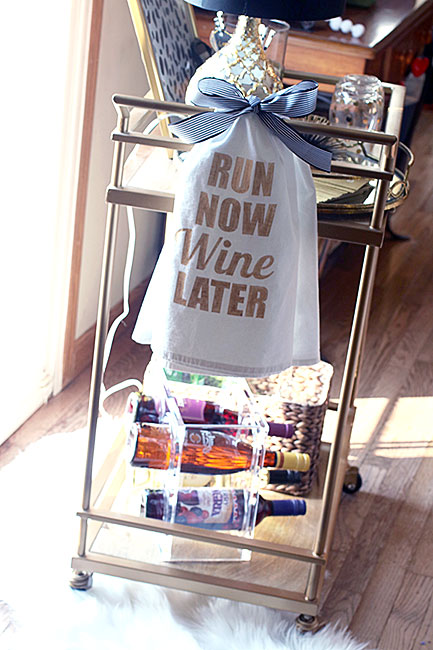 It has been awhile since I’ve shared a Silhouette Cameo Project, so I thought I would do that today! If you follow along here… you’ll know that last Valentine’s Day, Brian got me a gold bar cart from Target! It has been a bit of a challenge to decorate, just because I wasn’t sure where to put it and then how to match it to the rest of the decor in the room. BUT, it is almost done! And, today’s project is a dish towel that I made for my bar cart. I plan to share the bar cart in a separate post later, so stay tuned for that!

My bar cart has a ‘wine’ theme, so I wanted the dish towel to say something about wine on it. I have been looking around at several stores and I just couldn’t find the dish towel I wanted. I did find some I liked on Etsy, but I thought it would be fun to create my own! I decided to go with the ‘Run Now, Wine Later’ wording, but you could use your Silhouette to create a stencil with any sort of wording that would fit your theme or decor. 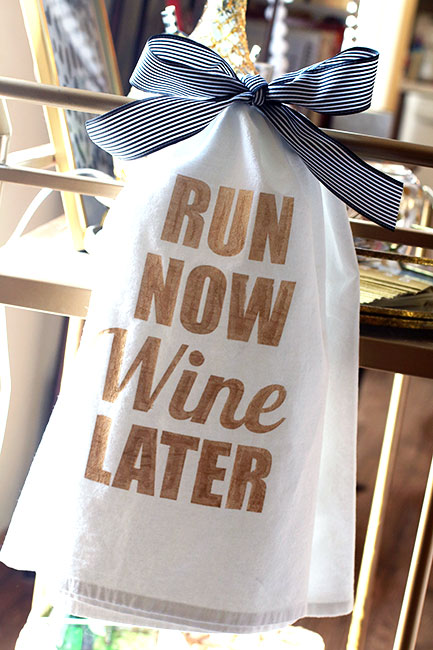 I will show two ways that you can display this dish towel on your bar cart or wherever you fancy! I’ll show you my favorite way first, which is with the towel gathered on top and tied with a pretty bow! My decor has a lot of black, white and gold tones, so I thought this would be a perfect way to add a little black color to the towel and to doll it up a bit! 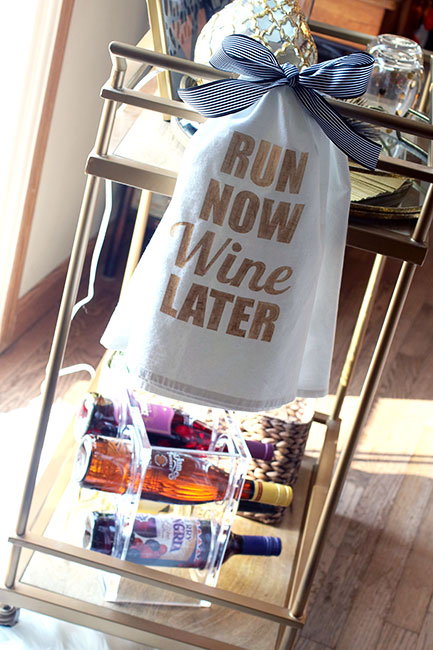 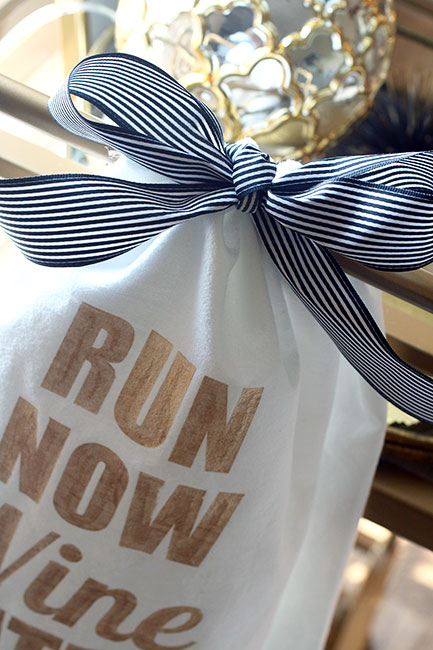 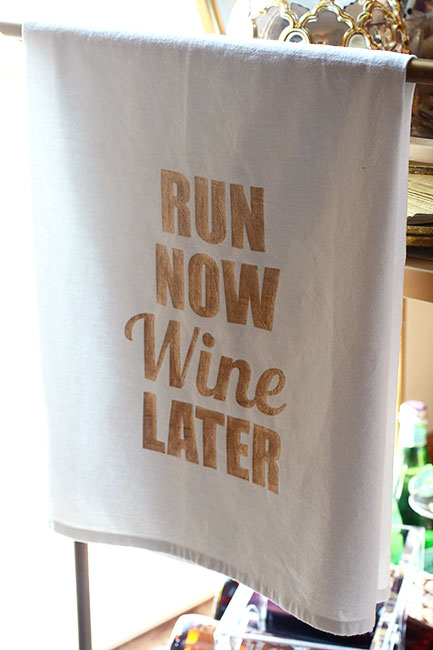 Now I’m showing you how the finished towel looks without the bow. It still looks pretty nice, just a little less fancy. 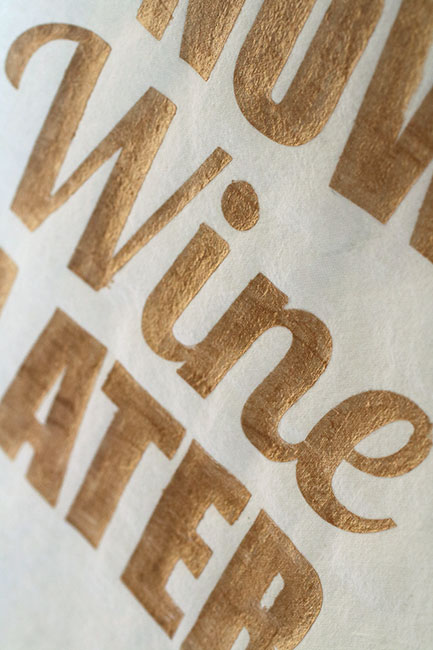 This is a close up of the fabric paint, you’ll see that the Mod Podge did AH-mazing at keeping the paint from bleeding under the stencil! 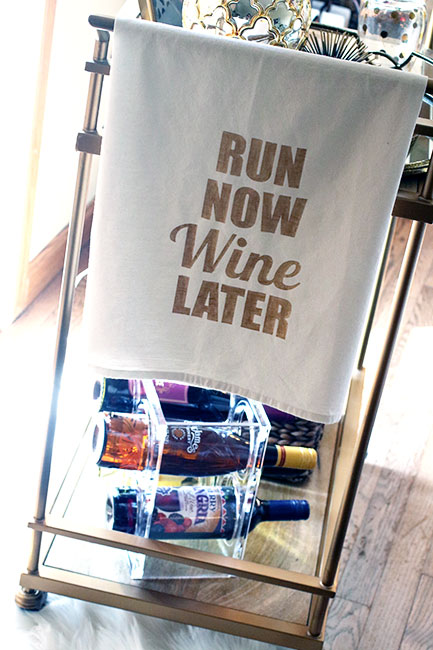 And, there you go! You can use your Silhouette machine to make ALL kinds of stencils for your dish towels. You don’t have to do just text, but you could do a design too! Use different colors of paint, you don’t have to stick to just one! I really love that they have metallic fabric paint now, I just want to paint everything in my house GOLD! 🙂 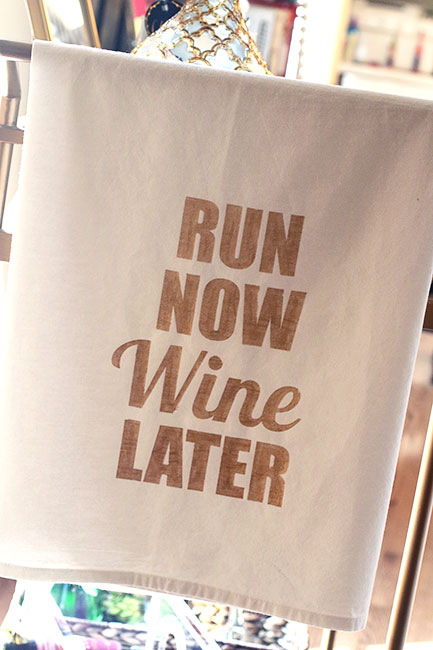 And, this project can be done in an hour! So easy, fun and would make great gifts, too!

Are you ready for the directions? 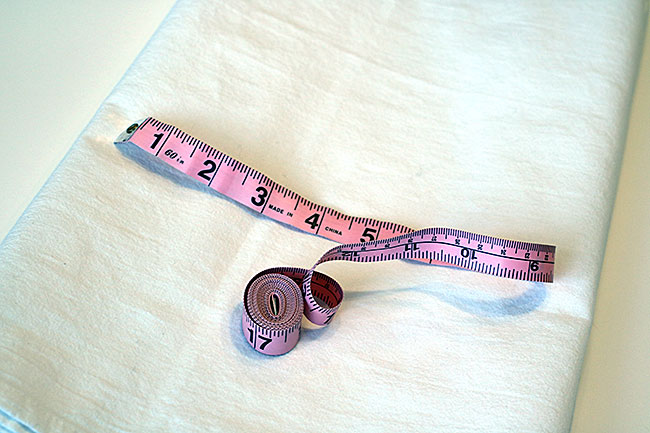 Measure the area on your towel where you want your stencil to go. You’ll want to figure out the width and height, so you know how large to make your stencil in the Silhouette software. 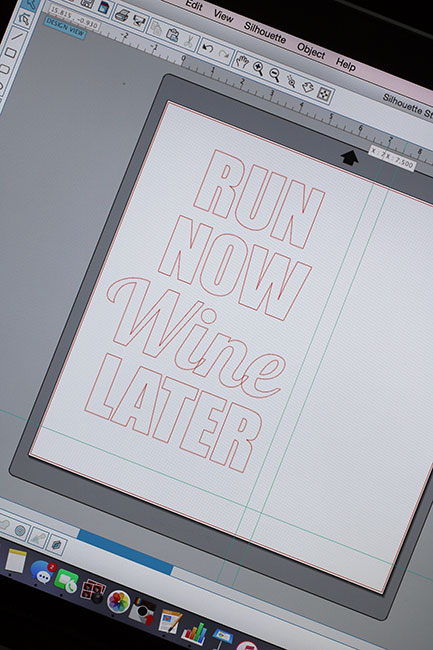 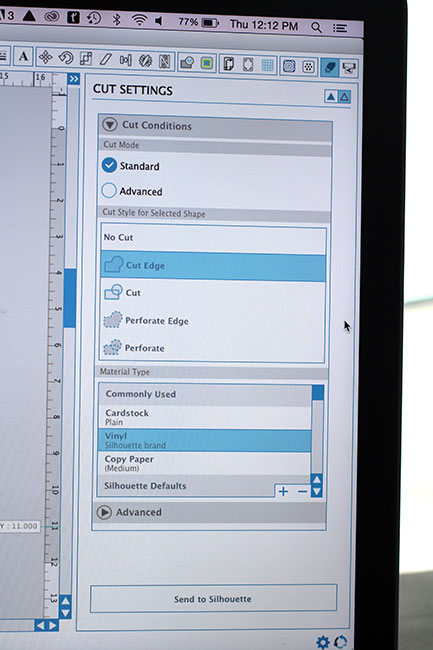 (Left Photo) You’ll see that I used guides to sort of ‘frame’ the size out for my stencil. I decided to make it 7×10″. In the Silhouette Software, I played around with fonts and sizes until I got it exactly how I wanted it to look. (Right Photo) Once I was done with the text, I went into the Cut Settings and selected Cut Edge (since some of the letters overlap in the ‘Wine’ word- I want it to cut AROUND them, not into them) and I also selected Vinyl. 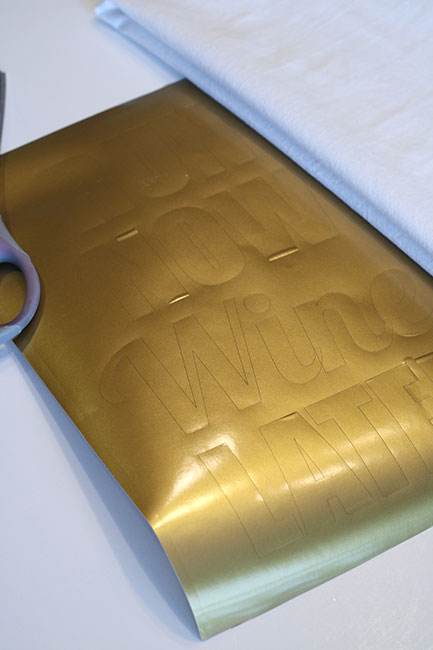 This is what the vinyl looked like after it was cut with the Silhouette machine. 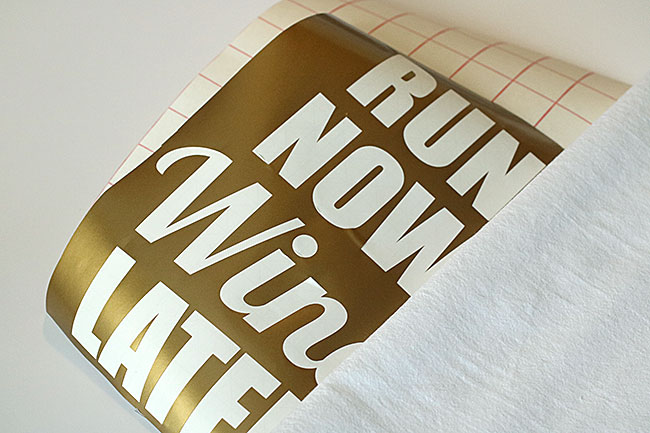 Since I am making a stencil, I removed the vinyl where the words were so that they are left ‘open’ for me to paint! 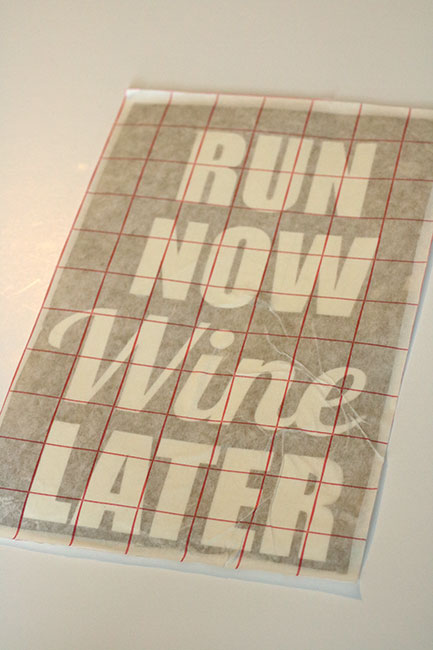 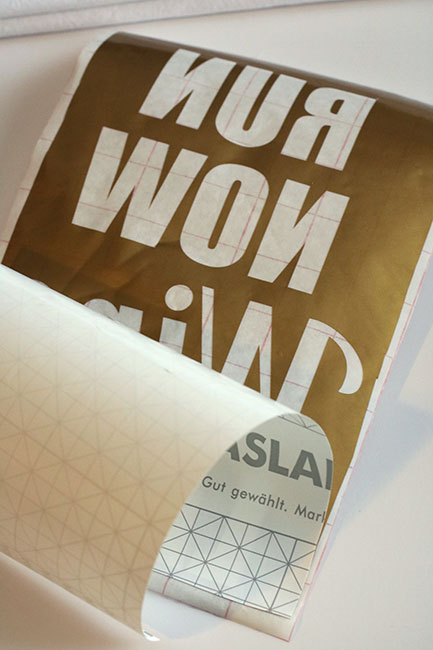 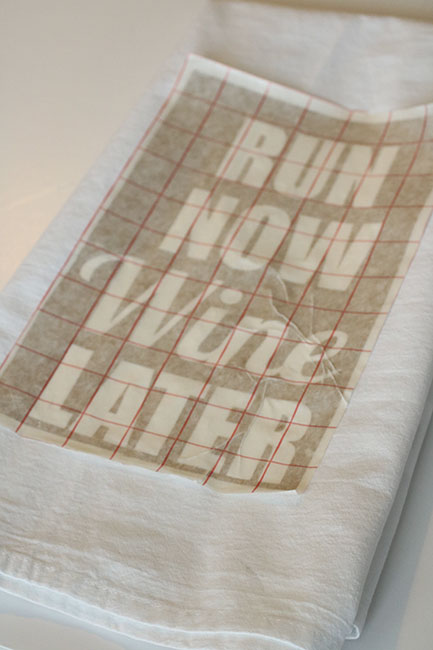 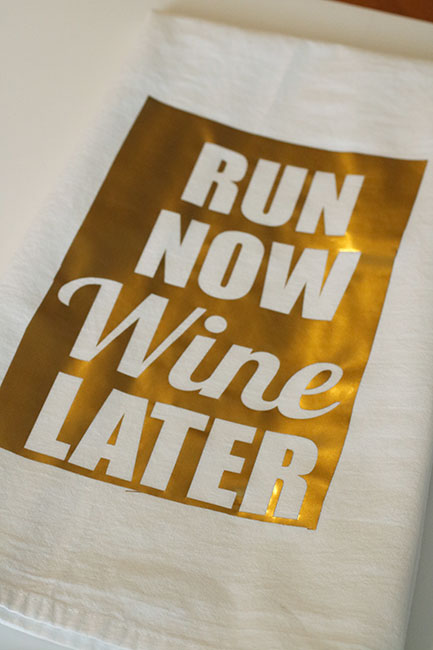 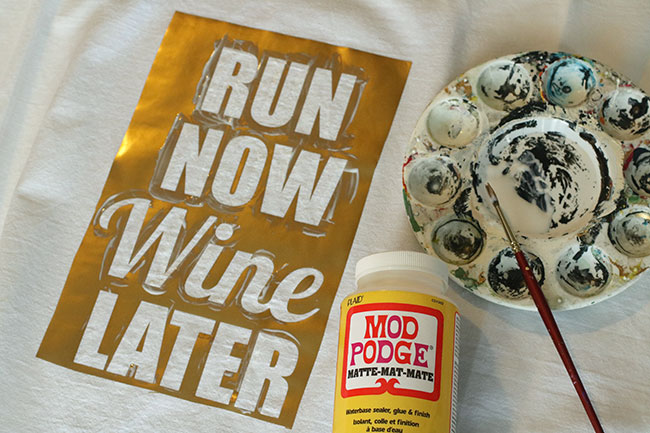 I hate to worry about bleed through when painting on fabric, so I put an ENTIRE layer of mod podge down first. This stuff is your FRIEND, trust me! 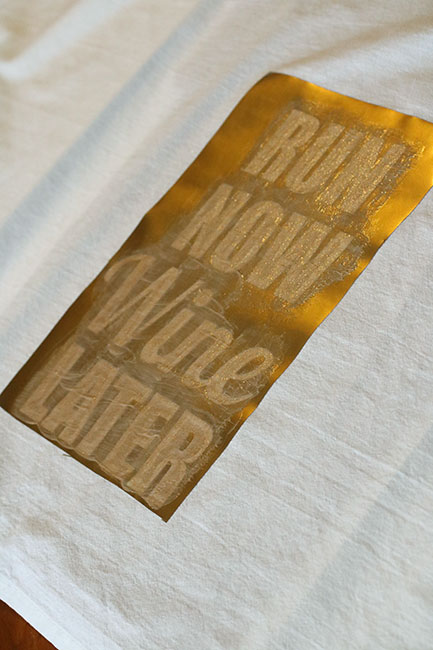 After the mod podge dries, paint over it with your fabric paint. I used a metallic gold color and I had to paint about three coats in order to built it up to be dark enough. 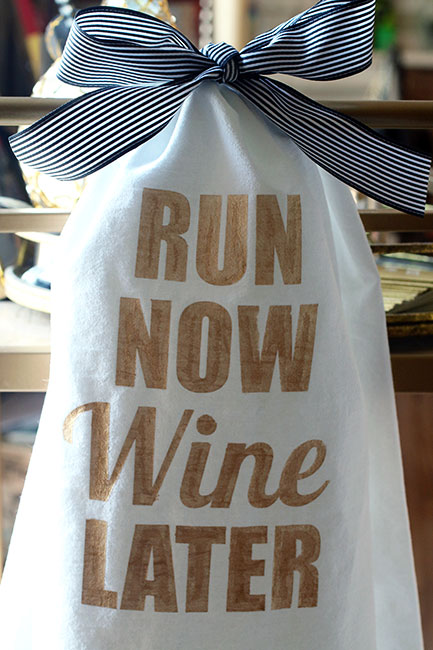 You can remove the vinyl once it is almost completely dry. And, you have yourself a nice dish towel! 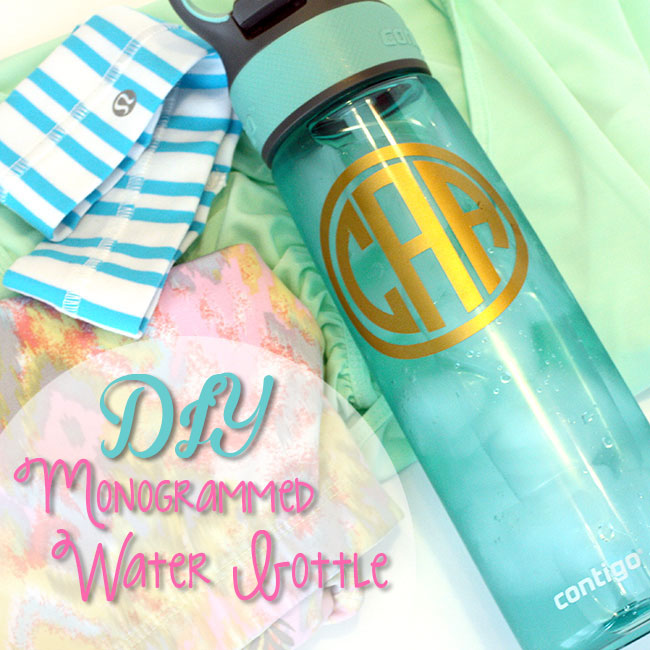 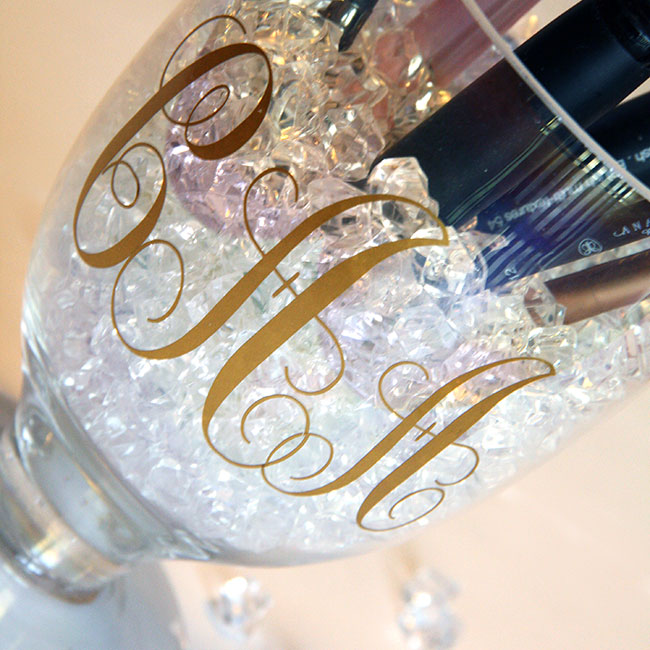 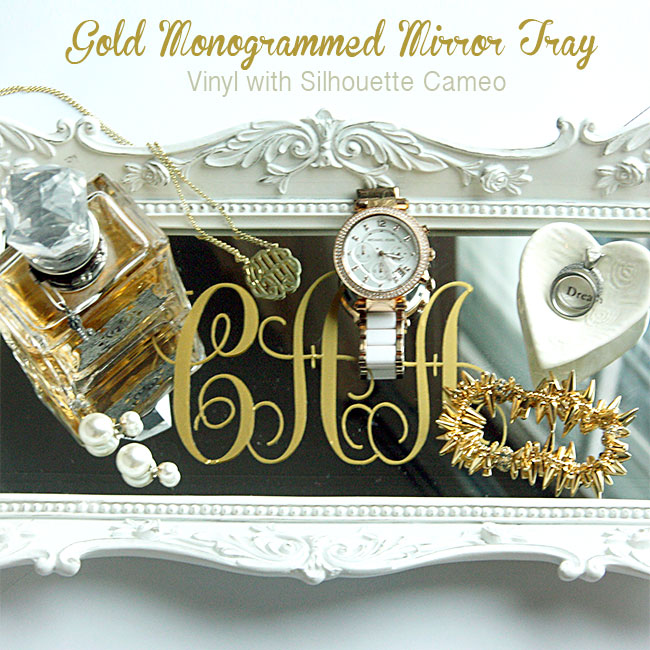 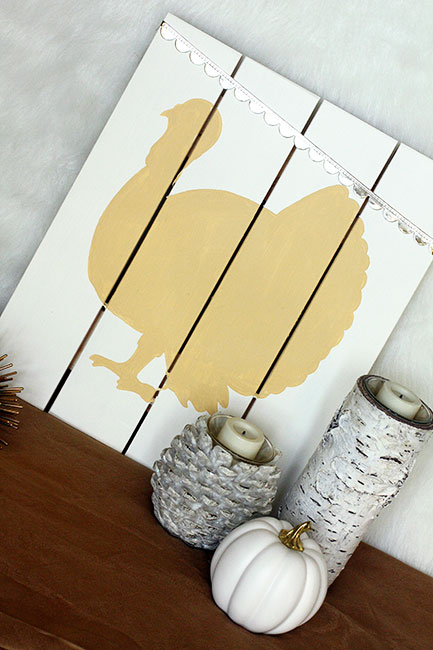 To see which parties I have linked up with, click HERE.