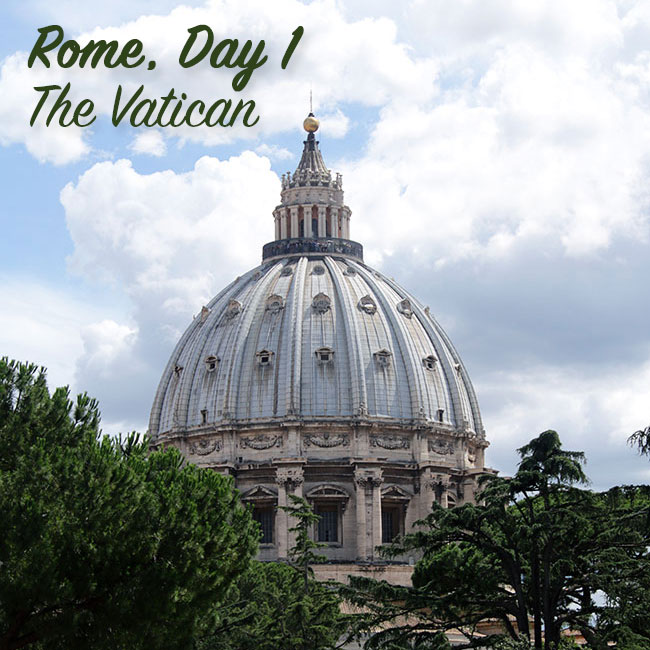 I’ve finally had time to go through the vacation photos from Italy, so that I can start recapping my trip on the blog. I was going to do ONE post for Rome, but I’ve decided to break it apart into 3 parts for each day that we were there. We had such an amazing trip of a lifetime in Italy and I would love to go back someday… there were so many amazing cities that we didn’t even see in Italy, but we thoroughly enjoyed Rome, Florence and Venice! 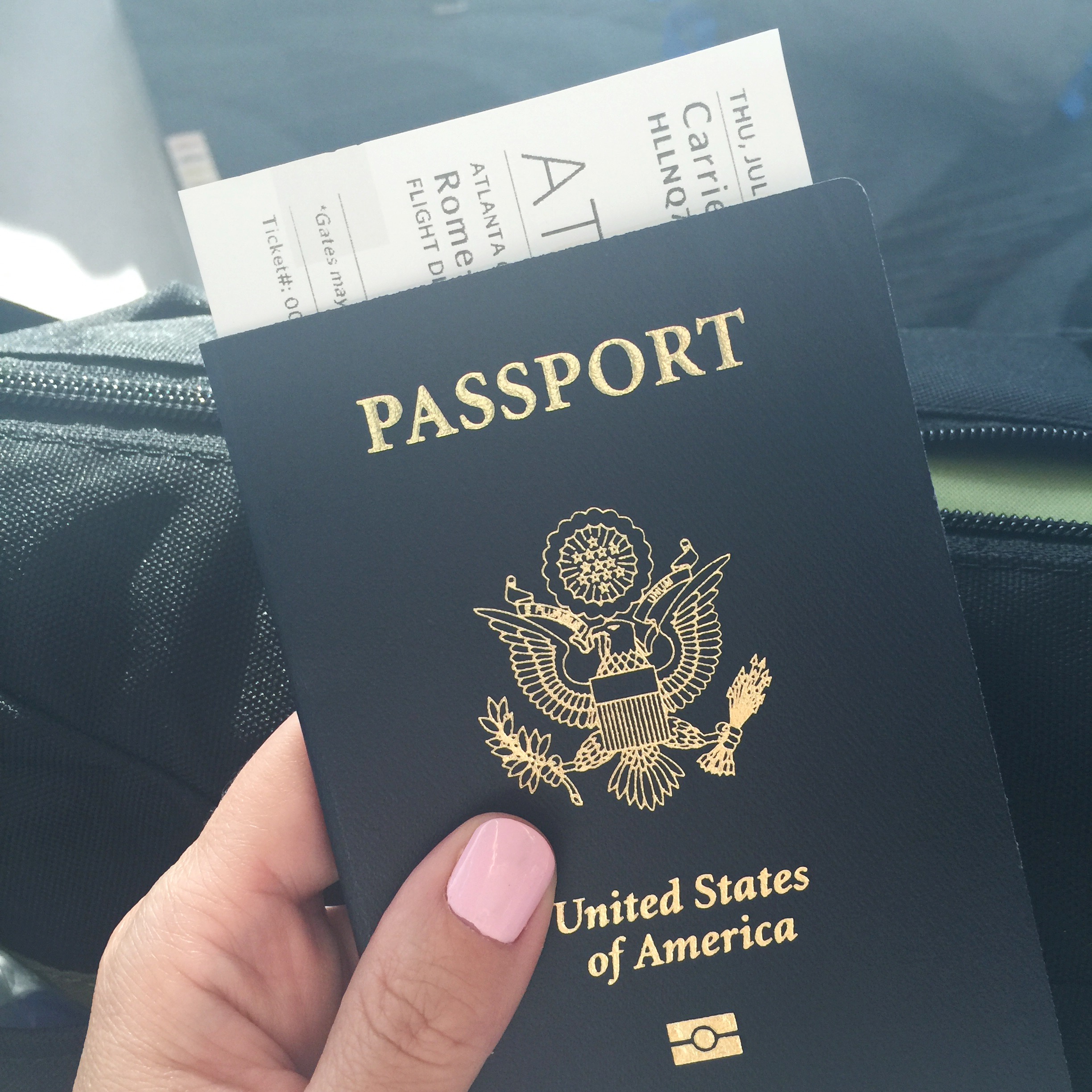 In this photo I’m sharing my Passport and boarding pass. I forgot to sign my passport and the flight attendant that was boarding us onto the plane jokingly (well sort of) told me my passport wasn’t valid. I was like… WHAT? Of course, it just needed my signature! I almost died… I thought I had brought my old passport by mistake or something. LOL. 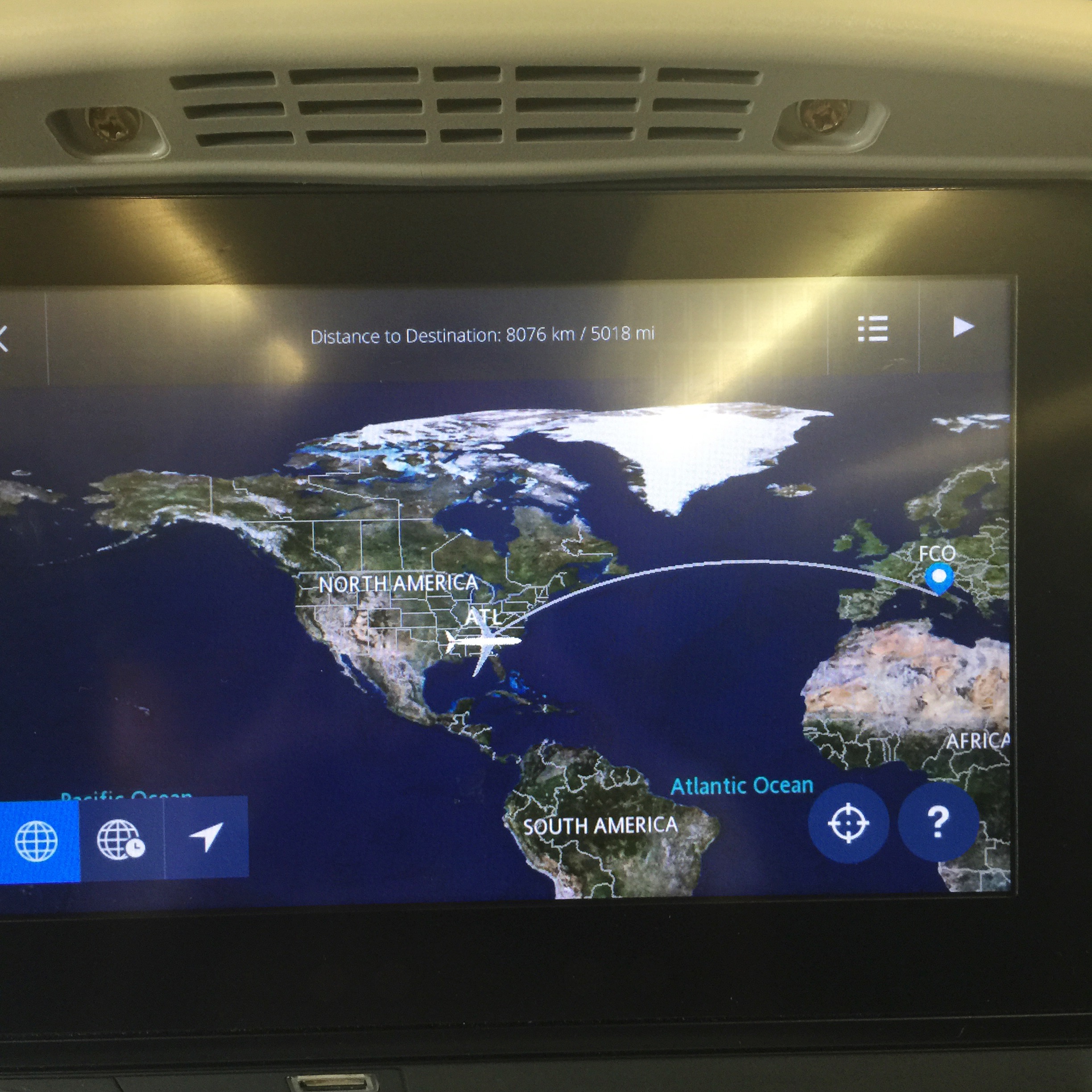 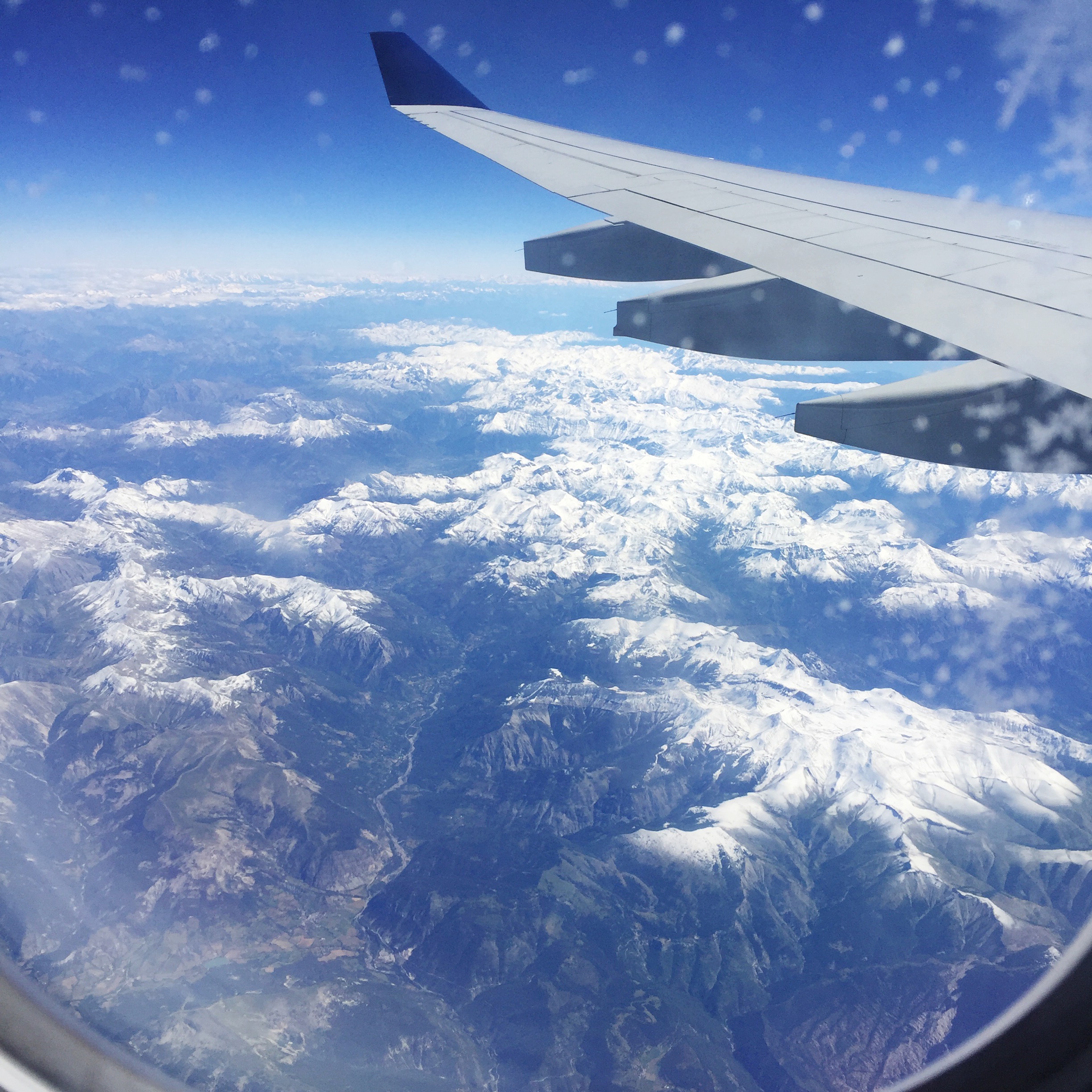 International flights are LONG, but in a way so relaxing! I always love to look at the map to see how much progress we have made towards our destination. In the second photo above, you’ll see we had a beautiful view as we flew over the Alps! 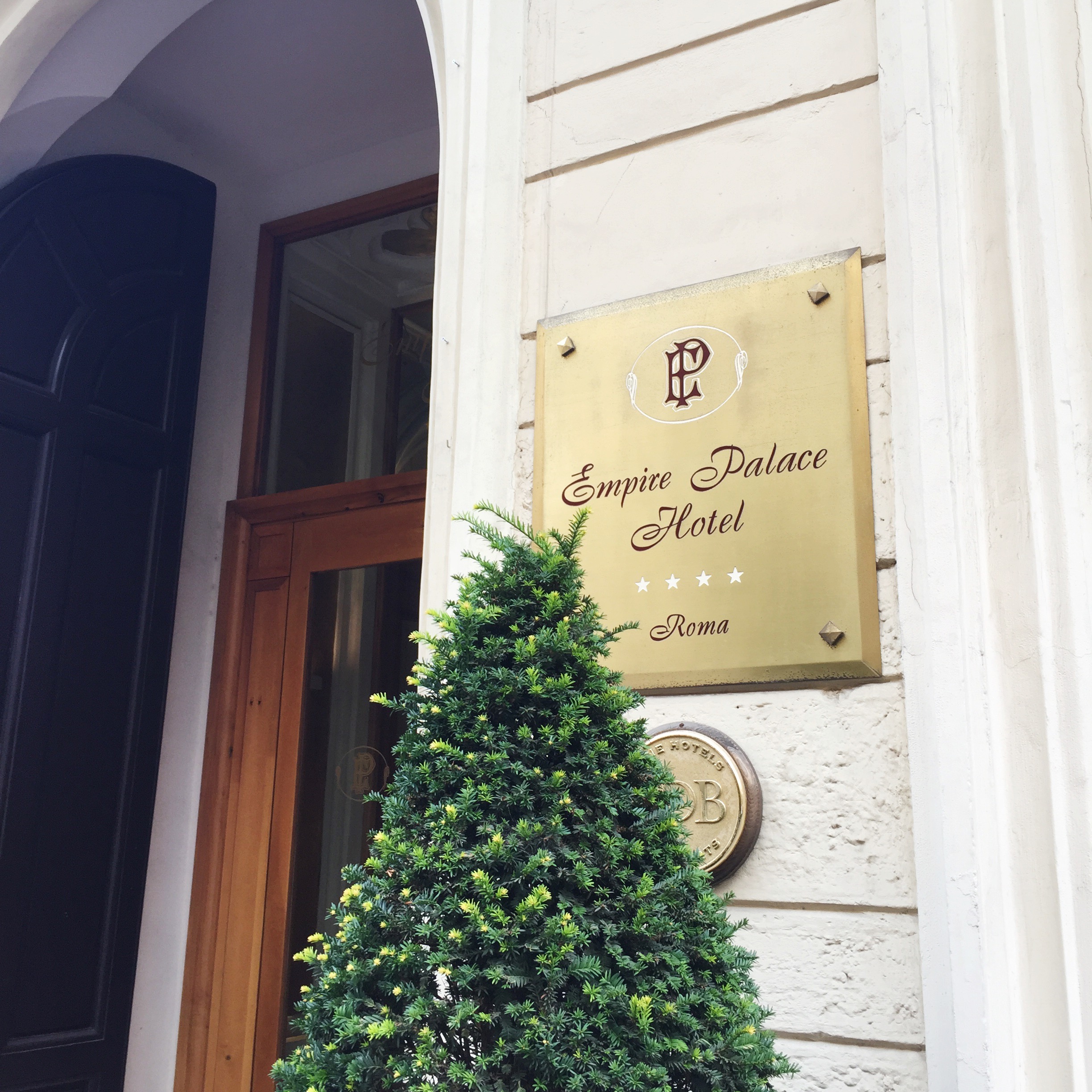 After a long taxi ride from the airport to our hotel, we arrived at the Empire Palace Hotel. I had a hard time selecting a hotel in Rome and I went back and forth with our travel agent. This hotel was really nice for Rome, but my least favorite of the three hotels we stayed at. There wasn’t anything bad about it, but also nothing I would remember. I hate the showers in Italy. ALL three hotels had a bath with a shower partition with glass that only covered the wall of half of the tub. So, you had to be REALLY careful when taking a shower as to not get water all over the floor.

The free morning breakfast was spectacular at Empire Palace and there were several restaurants and a gelato place in walking distance. The hotel itself wasn’t super close to a lot of the sights in Rome, but we used Uber to take care of that problem (and everything we wanted to see was spread out, so it wasn’t the hotel’s fault). 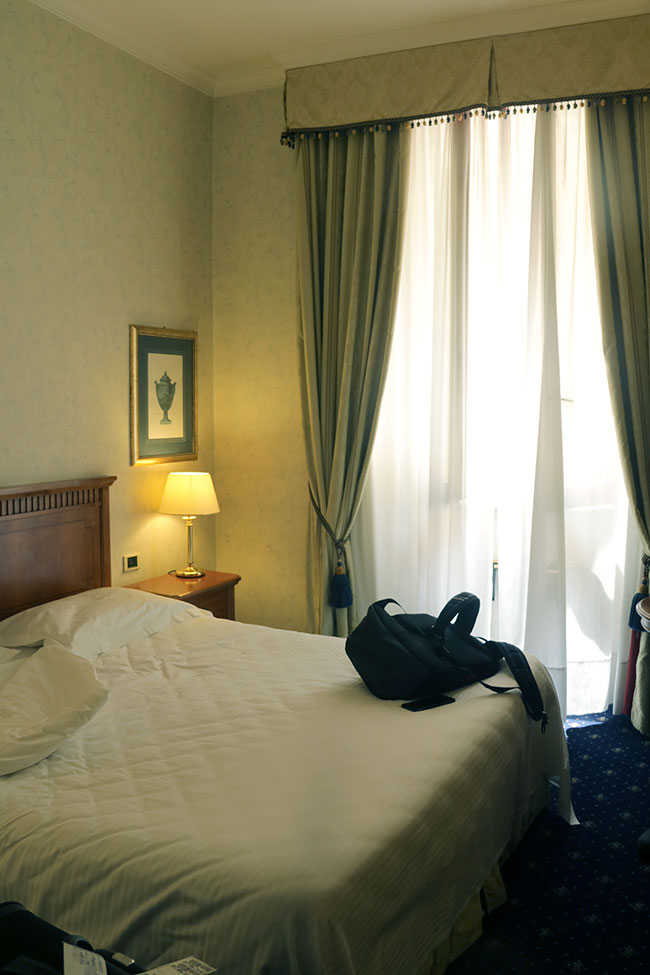 Here is a photo of our room, definitely hohum and nothing to write home about. The bed was also not the most comfortable. 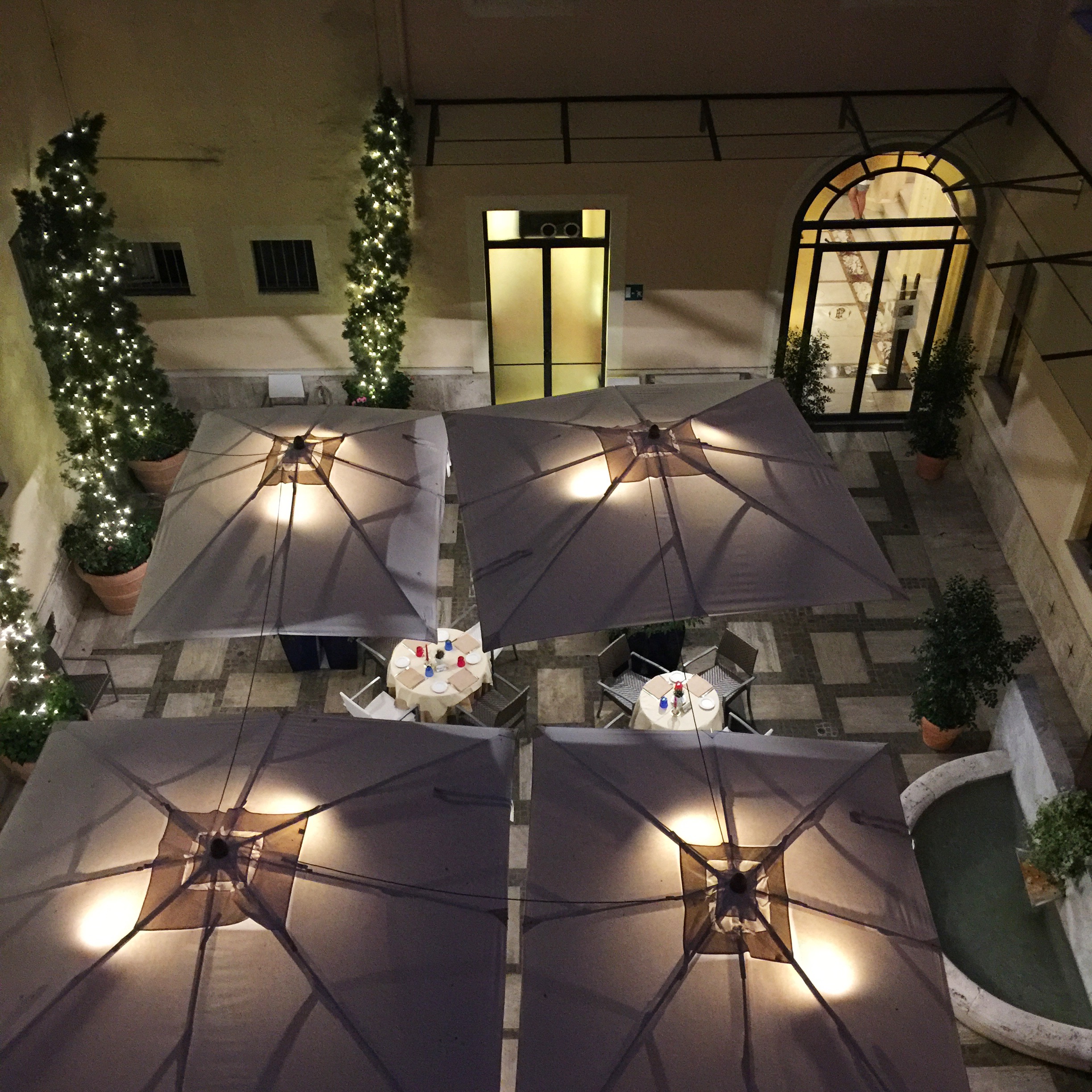 One part of our room that I did love is that our window opened up to a courtyard and there was a fountain that you could hear from our room. This was an outdoor restaurant area at the hotel. It was a beautiful view and the fountain and sounds were relaxing when we had our windows open. 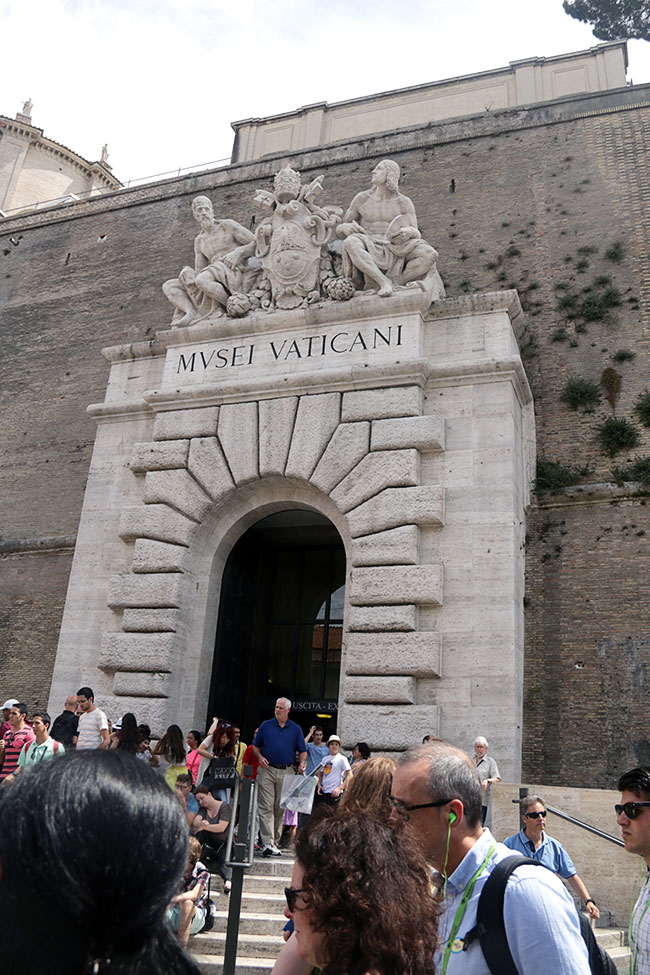 After taking a little break at the hotel (right after our LONG 10 hour flight), we decided to keep moving to stay awake. We had a Vatican tour that afternoon. Even though I had gone over 24 hours without sleep and a shower, I was so amazed by this tour that I forgot that I was tired! The photo above shows the outside of the Vatican before we went into it. 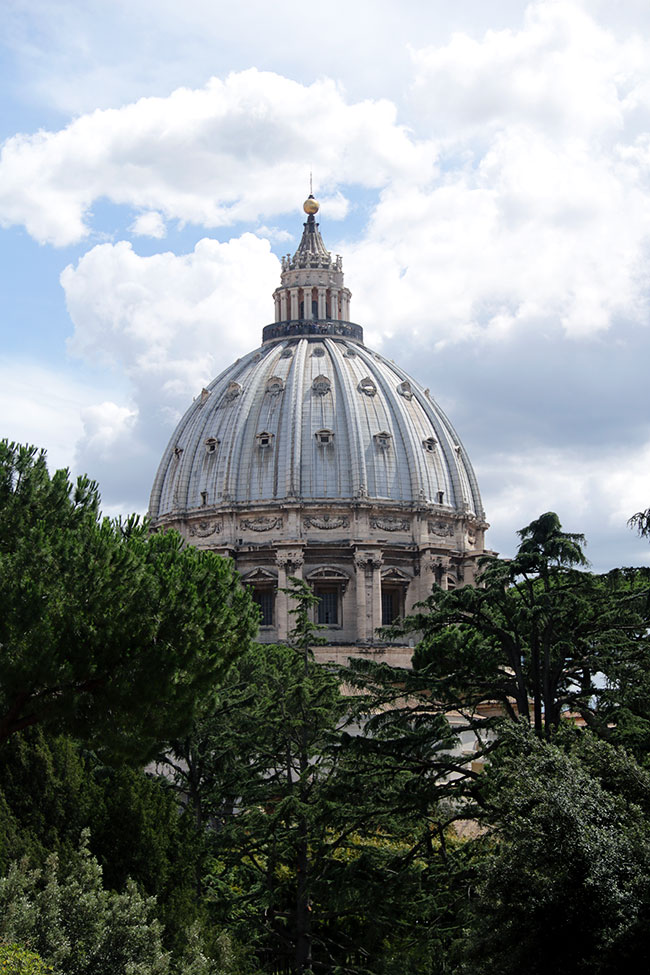 Here is a photo of the outside of St. Peter’s Basilica. 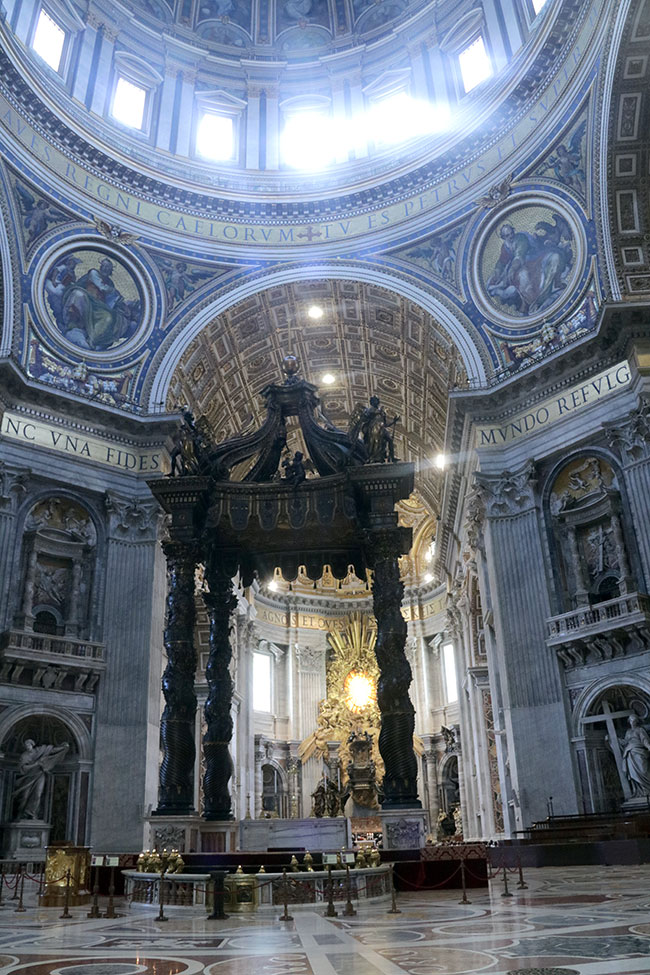 The inside of St. Peter’s Basilica is enormous… and it was a surreal experience. 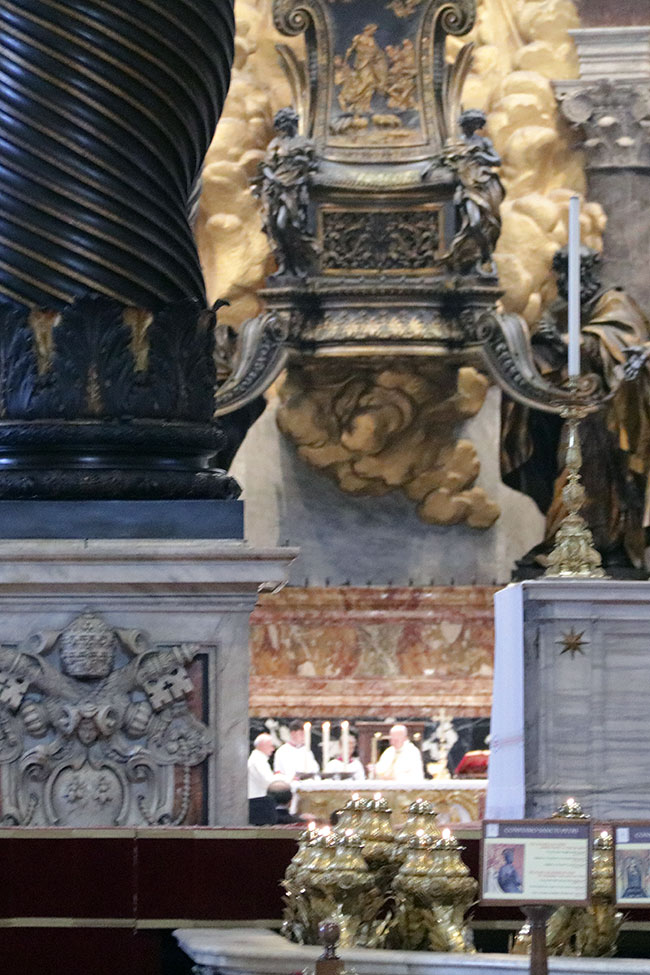 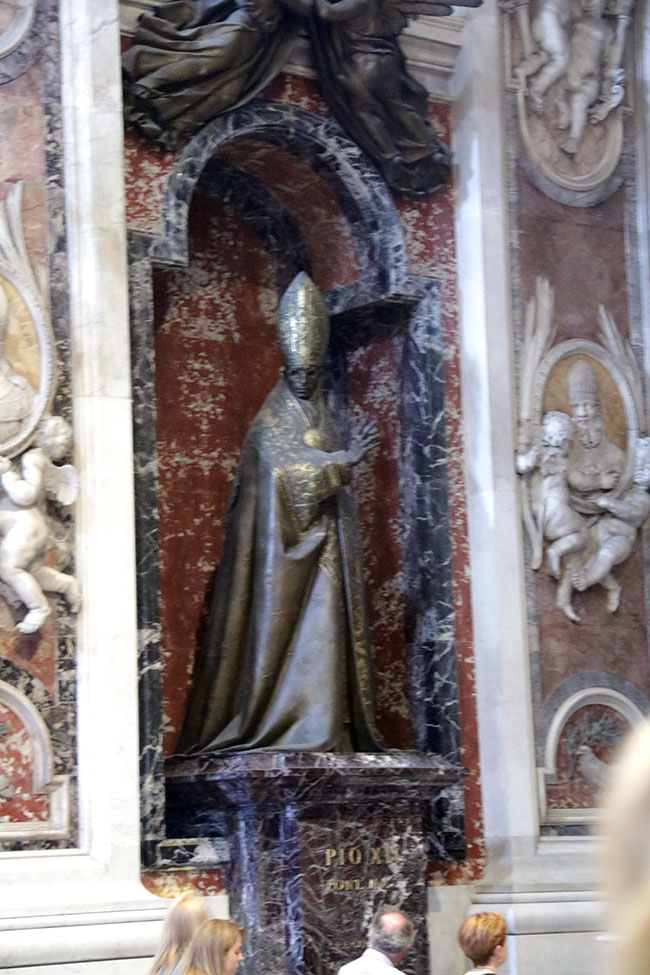 (Photo on Left) This photo is a little grainy, because I was zooming in pretty far. You can see how big St. Peter’s Basilica is by looking at the service they are holding and how tiny they look compared to everything else in the church! (Photo on Right) We also got to see the tomb for John Paul 2. 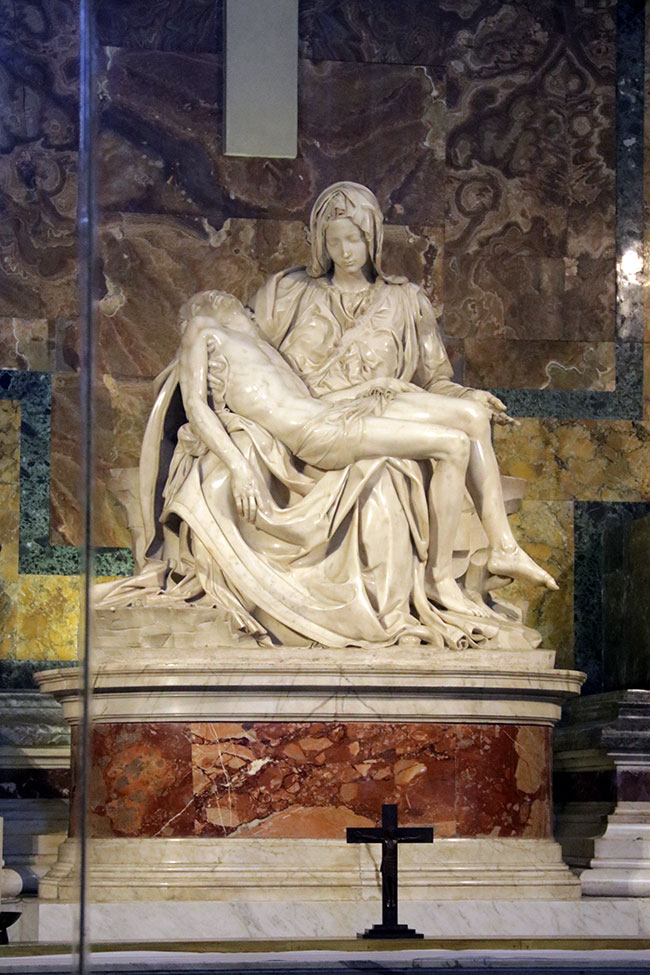 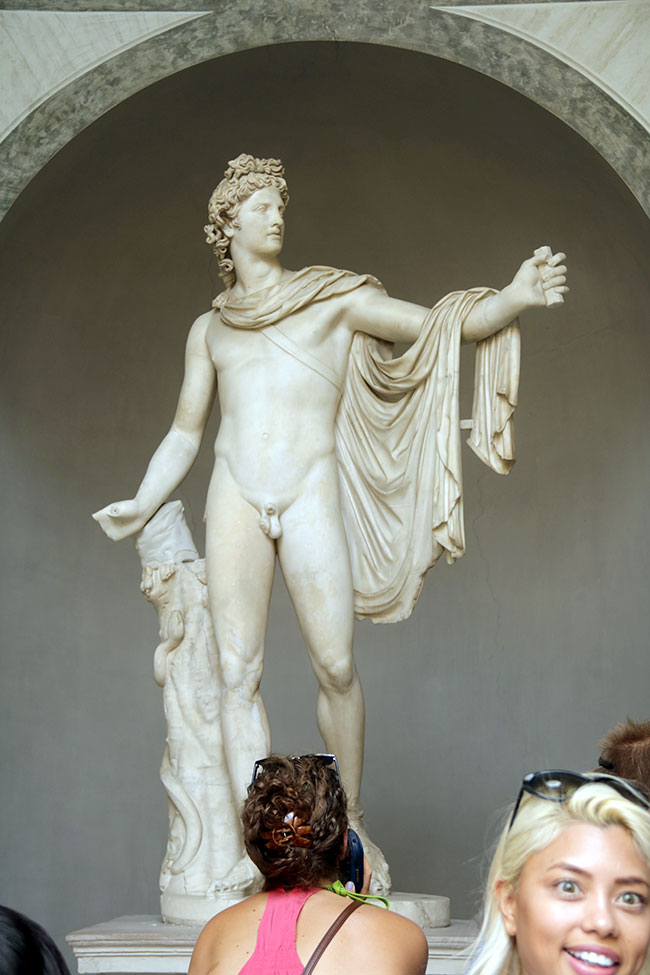 (Photo on Left) One of the statues that I was the most excited to see at the Vatican was Pieta by Michelangelo! I remember studying this sculpture in art history back when I was in college. (Photo on Right) Apollo Belvedere 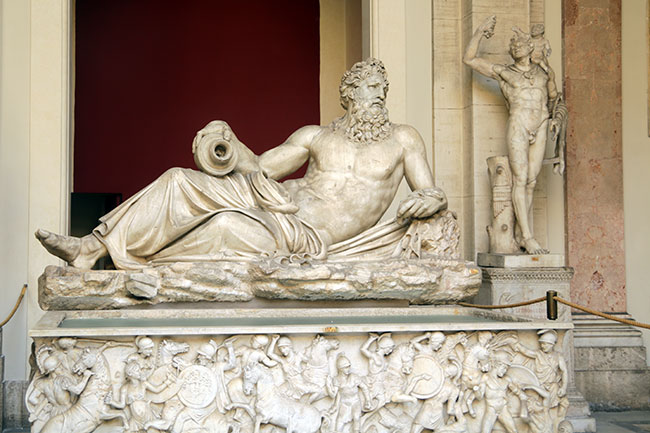 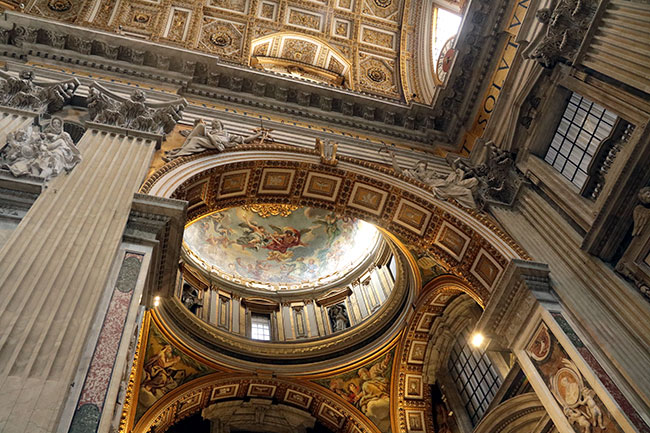 One of the halls of the Vatican Museum. 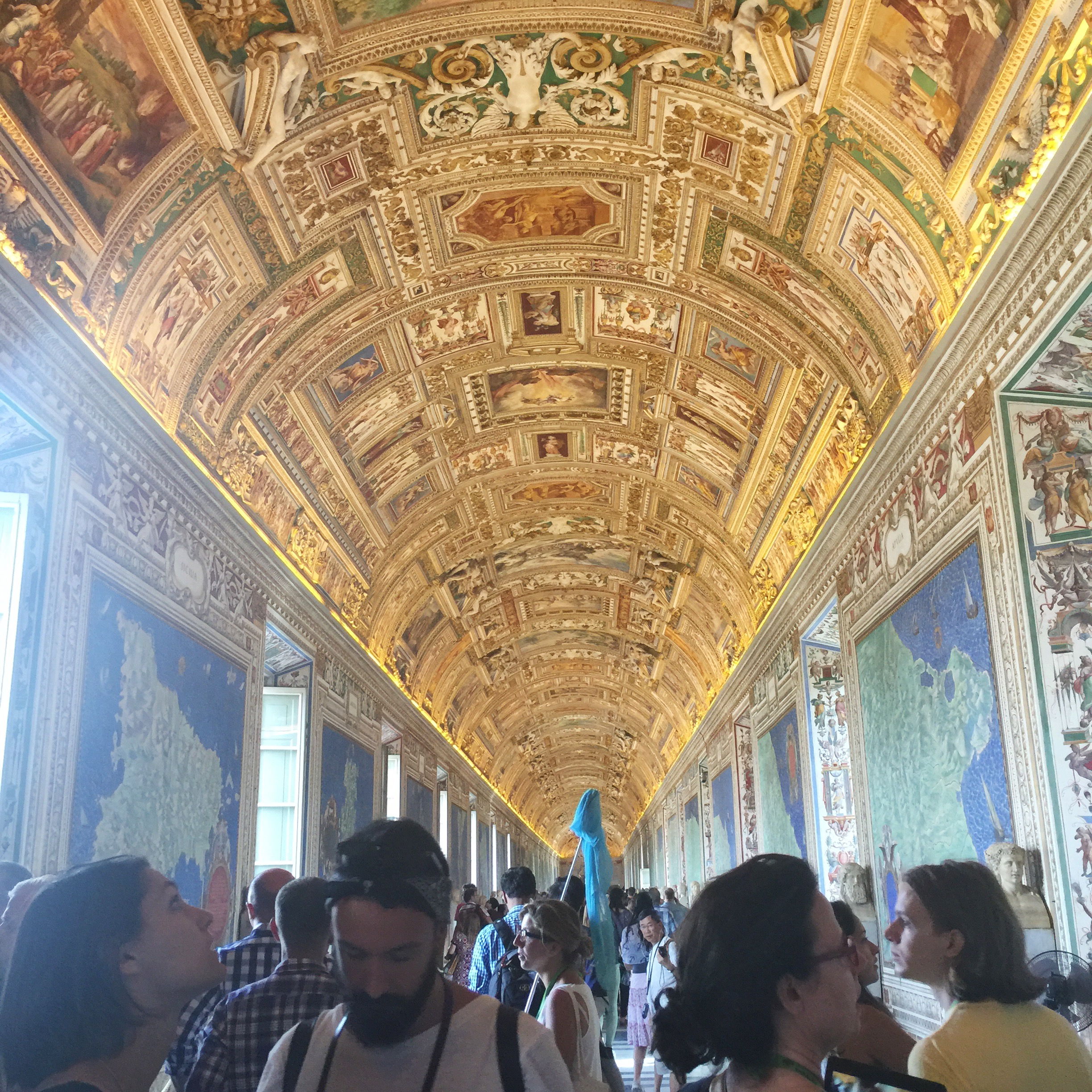 This is the Gallery of Maps in the Vatican, where you’ll see a series of topographical maps of Italy that are painted by Ignazio Danti. 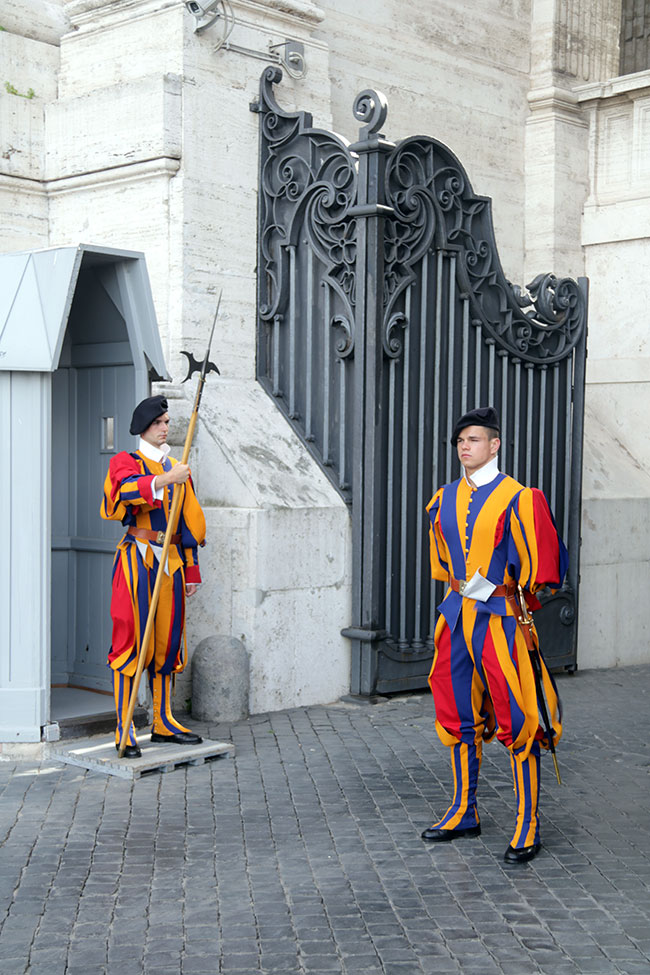 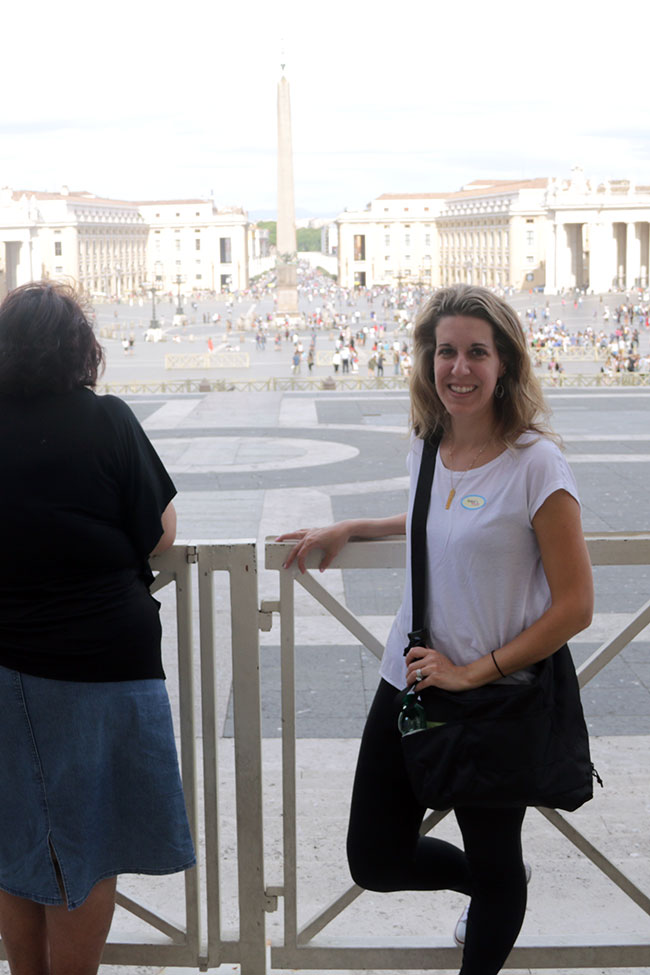 And, a photo of me in St. Peter’s Square. 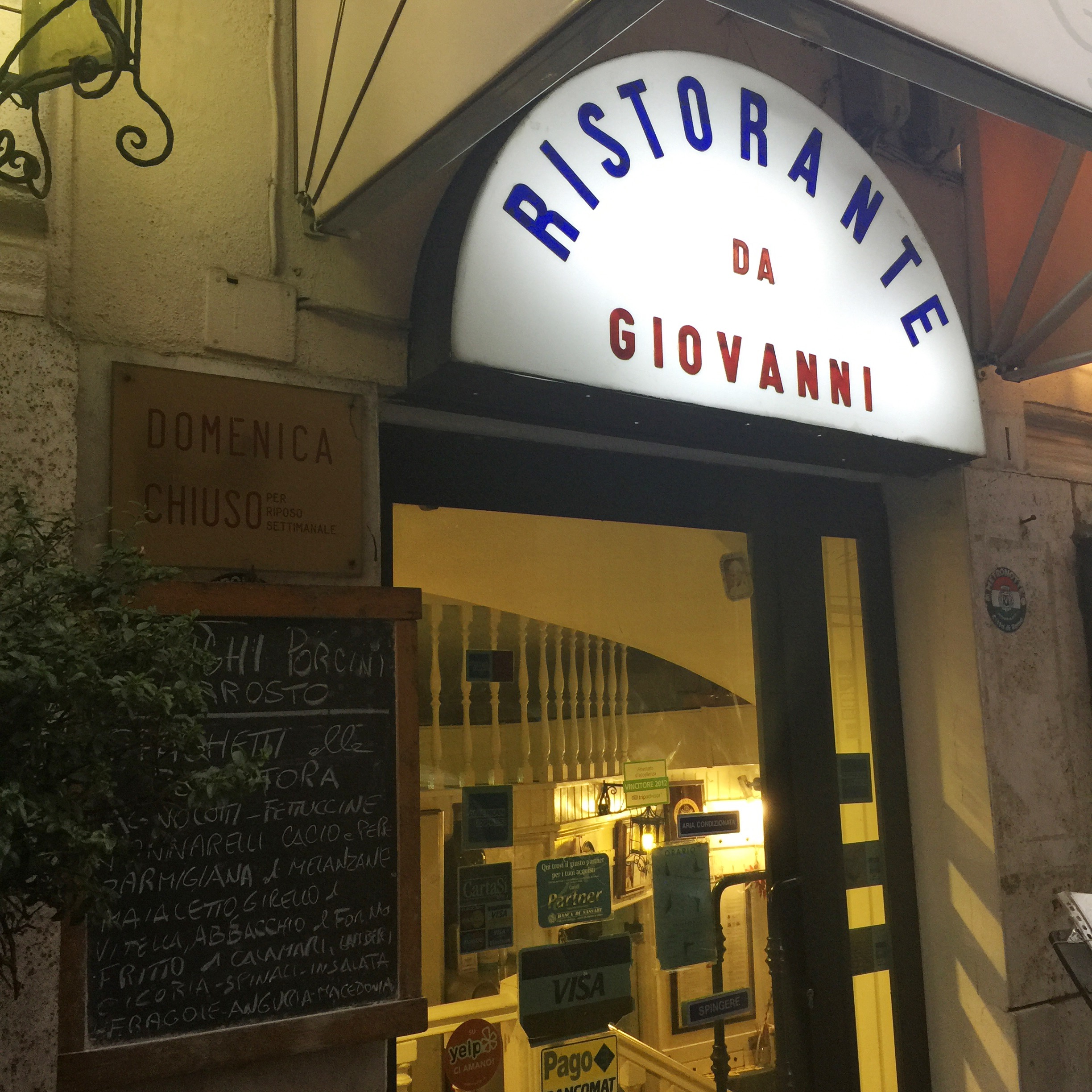 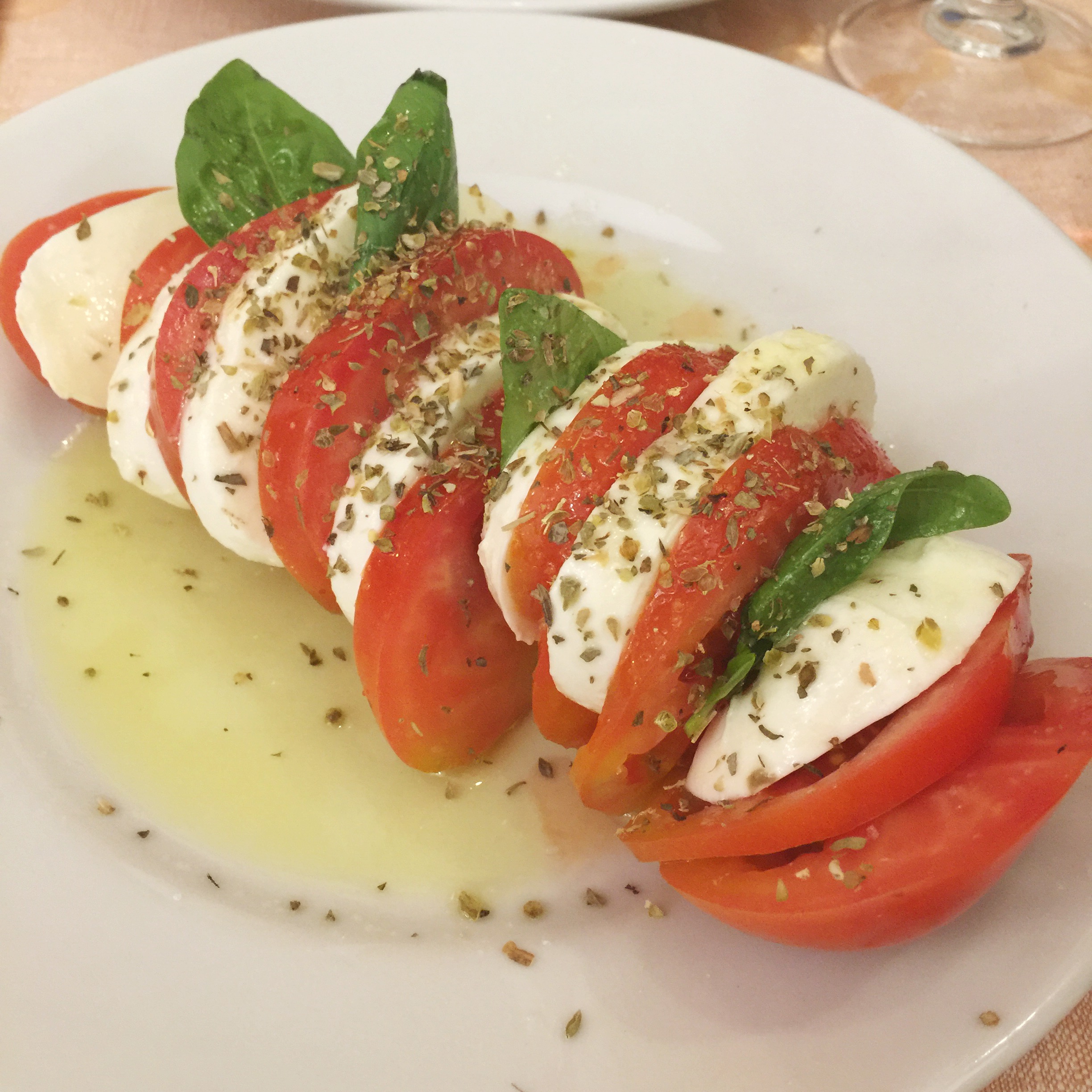 After our tour of the Vatican, we were tired and famished! We decided to eat at Ristorante da Giovanni, which was close to our hotel. There were actually A LOT of really good restaurants within walking distance of our hotel. This restaurant was small (most are in Italy) and was family owned. In the middle of the restaurant (I wish I had taken a photo) they had a table set up and all of their freshly made desserts were set out on it. Yum! We started our FIRST Italian dinner with caprese salad, which we had a lot of while in Italy. 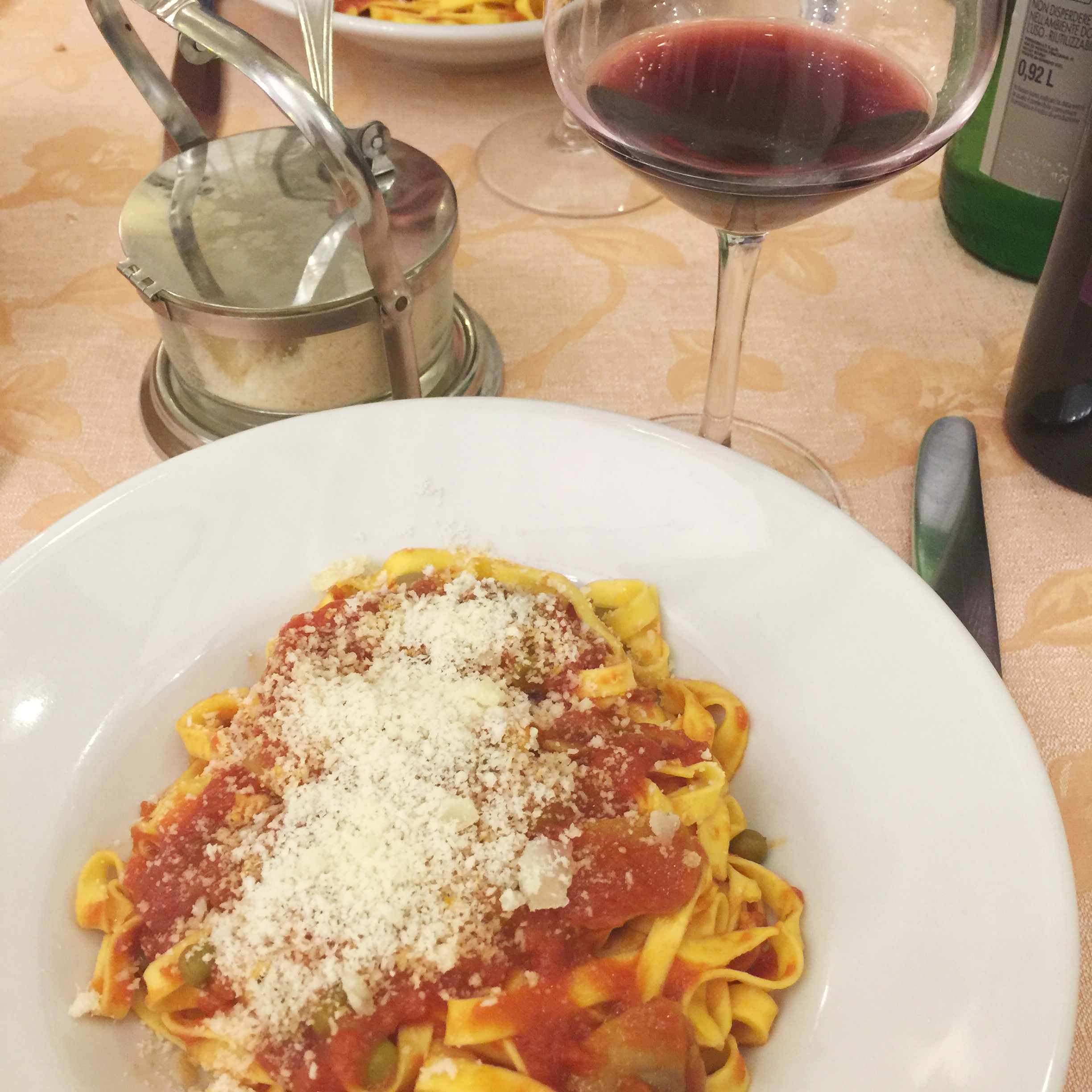 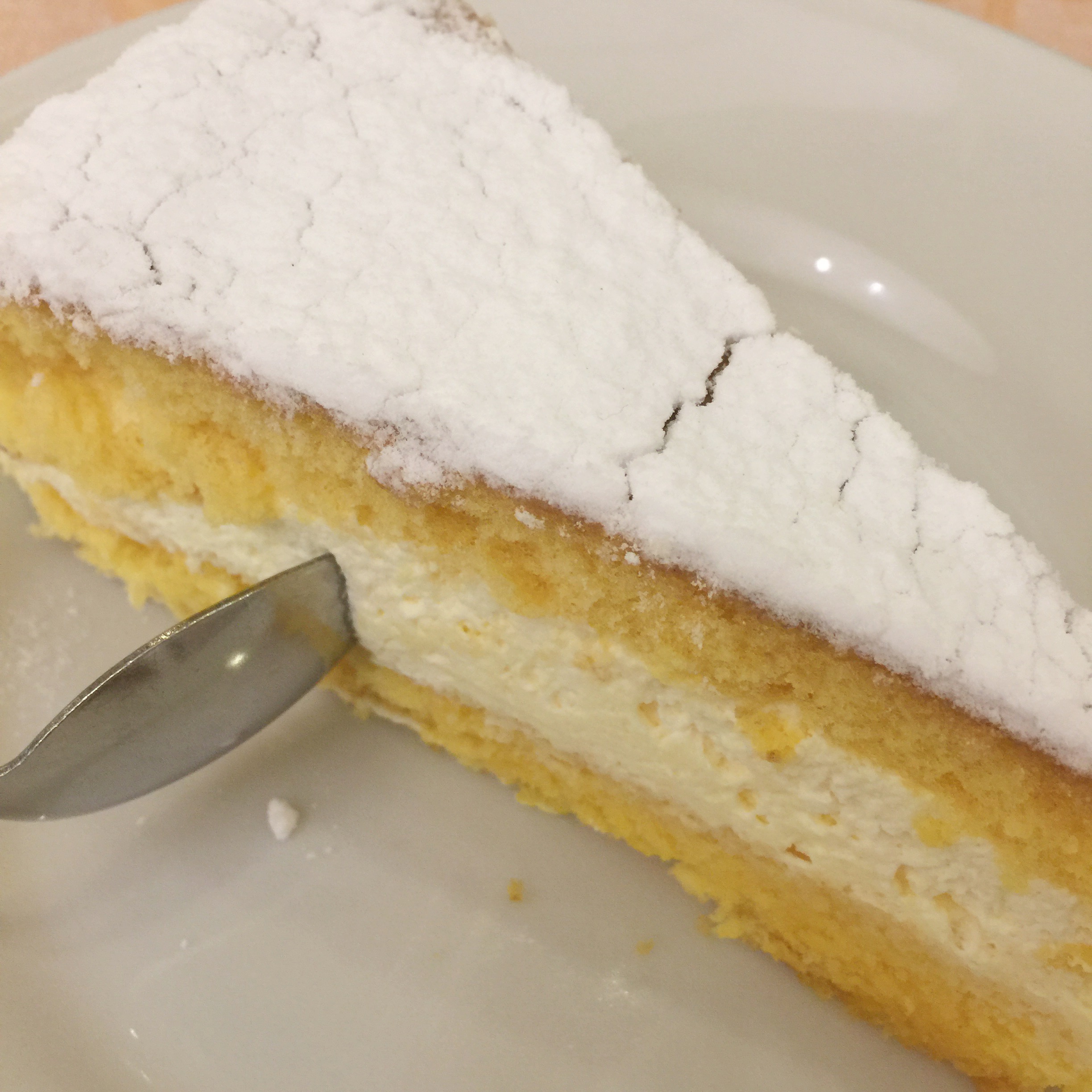 We drank the house wine that night (the house wine was never disappointing anywhere we went!) and I ordered spaghetti with homemade noodles. The dessert I had was a lemon cake topped with powdered sugar. I wish I could give you the exact names of what I ordered, but I can’t find a menu online for the restaurant. You’ll just have to trust me that it was indeed very, very good! Oh, do I miss Italian food! It really is the freshest and so delicious! 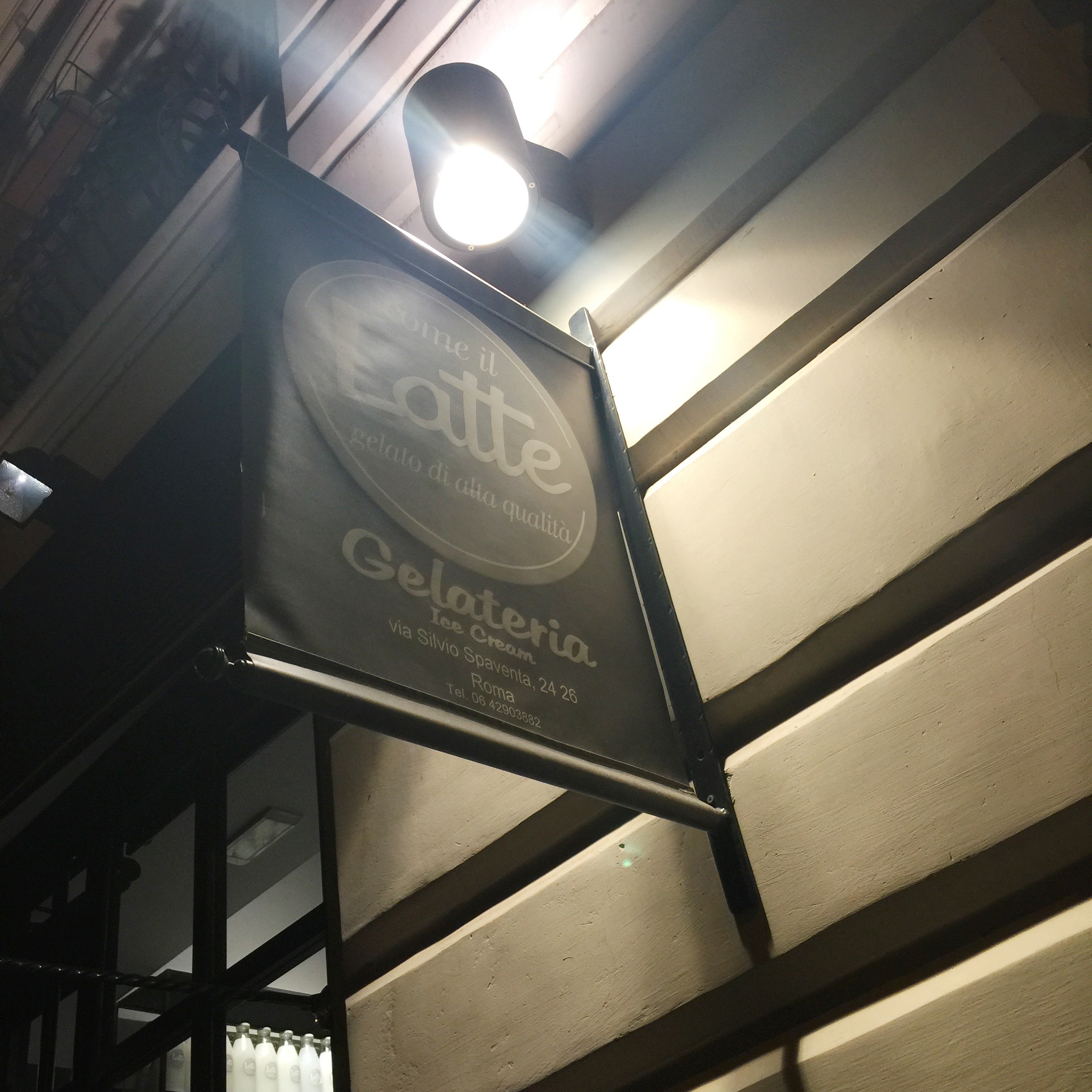 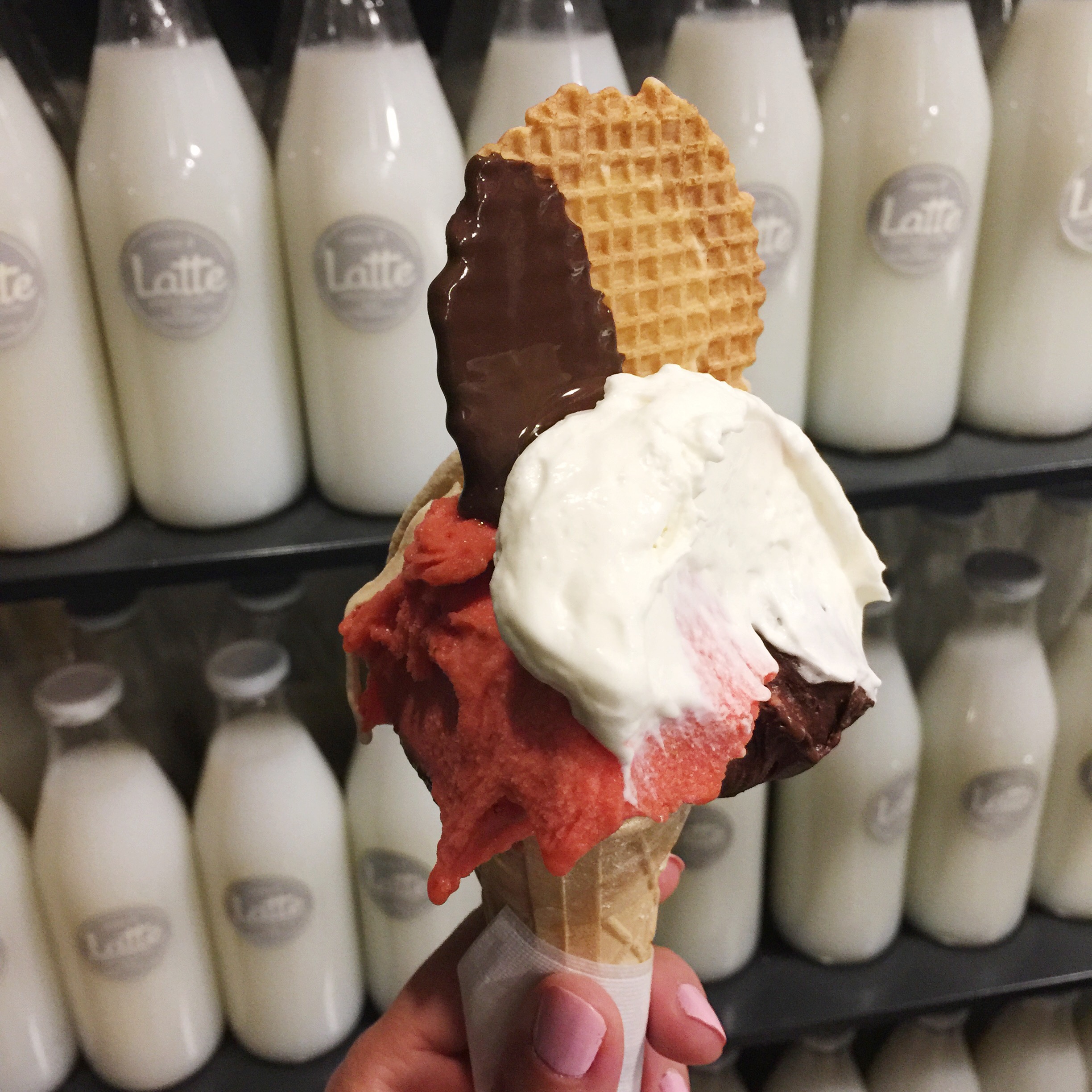 After dinner, we wanted another dessert… is it bad to have 2 desserts, especially your first night in Rome? Oops! We decided to check out Gelateria Come il Latte and this was THE best gelato we had our ENTIRE trip (and we had a lot of gelato)… so good in fact, that whenever we are back in Rome… we are coming here! The whipped cream was homemade and just perfectly whipped. The gelato itself just melted on my tongue. Oh, I wish we would have had time to visit this place every night we were in Rome! I also wanted to add that this place is #1 for Coffee and Tea and #9 for Places to Eat on TripAdvisor, so you know it is a step above the rest!

Well, that is a cap on our first day in Rome. I was going to combine our 3 days of Rome into one post, but there is just TOO much that we did. So, next Friday stay tuned for Day 2 in Rome!
SaveSave