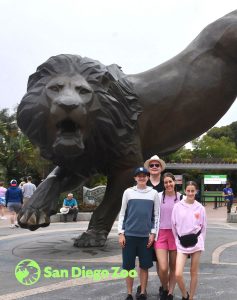 I’m back to share my third San Diego recap post where we visited the San Diego Zoo and had dinner that evening in Little Italy. The San Diego Zoo in Balboa Park, opened in 1916 and was a pioneer in the concept of open-air, cageless exhibits that recreate natural animal habitats. The San Diego Zoo is the most visited zoo in the United States. Travelers have also cited it as one of the best zoos in the world.

There is also the newer Safari Park, which is 30 minutes away from the San Diego Zoo. It has a semi-arid environment, and one of its most notable features is the Africa Tram, which explores the expansive African exhibits. Unfortunately, you can’t do both parks in the same day given they are 30 minutes apart from one another and both have so much to offer. We didn’t have time to see both, so we decided to check out the iconic San Diego Zoo and we weren’t disappointed! 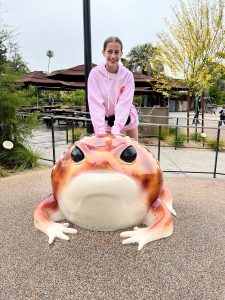 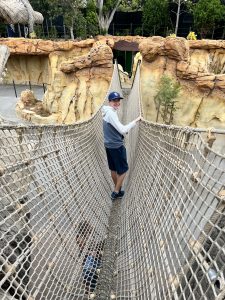 When we got to the zoo, we checked out the Wildlife Explorers Basecamp first. This is a fun area for kids/teens etc. to climb, explore and learn more about insects, bees and more. I was glad we checked this out first, because the zoo got really crowded as the day went on. We had the area practically to ourselves when the zoo first opened! I would say this area is more catered towards younger kids (especially the water play areas), but we did see some older kids in it. 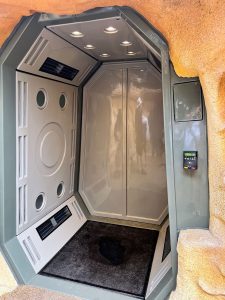 There is some water play areas in the Wildlife Explorers Basecamp and we found this ‘dryer’ fascinating! I’ve never seen one of these before, but you can pay to stand in it and it’ll dry you off with warm air! 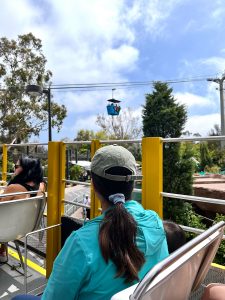 We did the bus tour twice, because we enjoyed it so much! It is a double decker bus and you can sit on the top or bottle (bottom offers shade). This takes you through the entire zoo for a tour of the highlights! 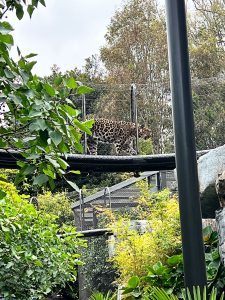 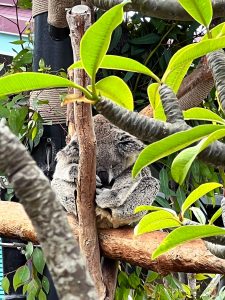 We saw a lot of animals out that day at the zoo. They had a leopard that crossed over your head and he was pacing back and forth under us. My favorite part was seeing the Koala bear sleeping! What a cutie! 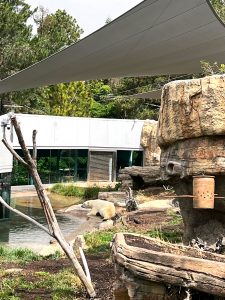 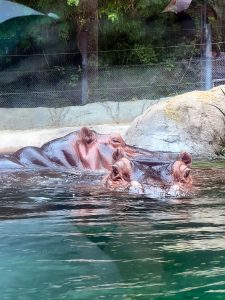 We saw a polar bear, hippos and much more! 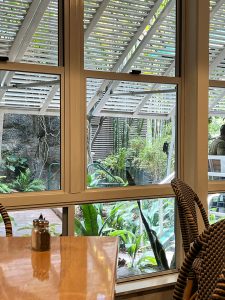 For lunch, I had made reservations a couple months prior to our trip at Albert’s, the only full-service dining establishment at the zoo. It is in the heart of the zoo and offers air conditioned indoor dining or outdoor dining on a deck overlooking a waterfall. 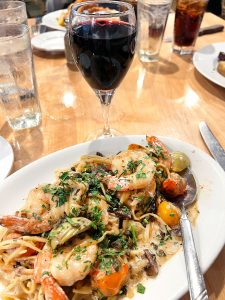 The food was DELICIOUS! We had cheesy garlic bread and then I had a picatta with shrimp. Autumn is posing by the 65-foot waterfall in Africa Rocks, which is the largest man-made cascade in San Diego. One thing that I learned when visiting the San Diego Zoo that it is also accredited as a botanical garden. The zoo’s gardens are brimming with 4,500 species of prehistoric cycads, coral trees, orchids, and carnivorous plants. While there are gardens, many remarkable plants are part of animal exhibits, replicating the animals’ natural habitats. We spent all morning and afternoon at the San Diego zoo. We rested for a few hours and then walked over to Little Italy to have dinner at Buon Appetito.

I got the Borsettini Di Aragosta, which is a homemade pocket pasta filled with lobster and cheese, in champagne cream sauce with peas and sun-dried tomatoes and for dessert I got their homemade tiramisu. It was all delicious!

That’s a wrap! I’ll have 1 more recap post for San Diego and then a final Disneyland/California Adventure post. I’ll be back on Thursday with an outfit post. It’s been awhile since I’ve shared an outfit, but I’m excited to share a summer dress with you all!