Even before Christmas, Nathan has had toys galore at our house. I kept cleaning up and sorting his toys and realized that something had to be done. My solution was to buy 3 large grey storage containers at Wal-Mart. I filled alllll three containers with an assortment of his toys. I put a few books, 2 large Ziploc bags filled with Hot Wheels (my son has a ton of these- thanks, Grandma! ha!), etc., etc. into each tub. Then I put all three tubs downstairs. A week later I pulled the tub on top out and brought it upstairs. I let Nathan pull the lid off and to my happiness he was sooo excited about his old toys that were in there. They were like new toys to him! Then, that night after he was in bed, I filled the tub with other toys that he hadn’t just taken out. I put it back in storage but restacked the tubs so it was the tub on the bottom.

Then, the next week I grabbed the tub on top and brought it upstairs and we repeated the process. It has worked like a charm and he lovvves pulling the toys out himself. This has been a great way to clean up some of the clutter/toy overload around here and it gets him more interested in his toys.

However, I am starting to wonder two things now…

(1) Do I need to put away some of these toys for good because he’s outgrowing them? Such as the board books (he is good with the preschool paperback books now), Little People sets, etc.?

(2) When do I add more tubs? I guess this depends on when there is too much stuff out again such as after Chritmas/birthdays, etc.

Anyway, it is really working out well and when his sister turns 1 in the far future (she is only 6 wks now) I plan to buy 3 tubs for her so I can start rotating her girly toys. 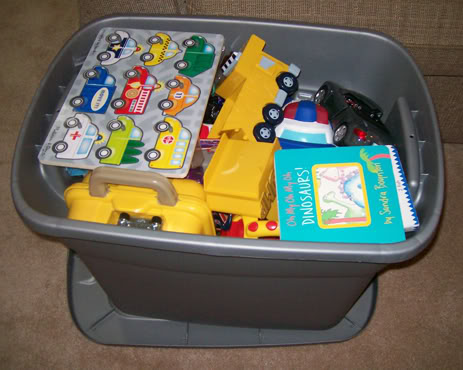 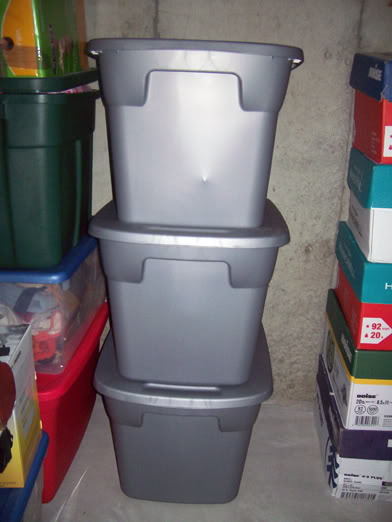