Today we took Nathan to the last storytime before I return to work… sniff, sniff.. It was a Valentine’s party today!!! 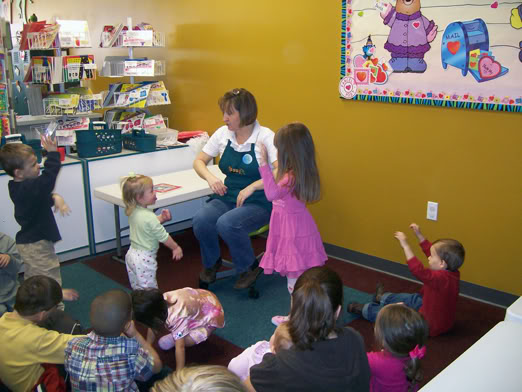 Today the teacher read a really neat book and I want to buy it for Nathan. It was called ‘The Night Before Valentine’s Day’. The teacher had them put their hands in the air and Nathan is doing it here. 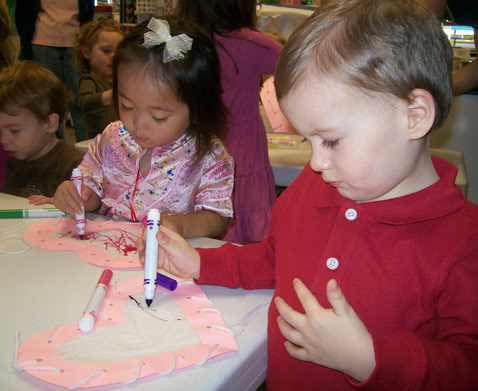 First the kids had to weave the yarn in and out of each hole in the heart. Then they colored the inside of the heart with markers. Nathan is really getting more into coloring… 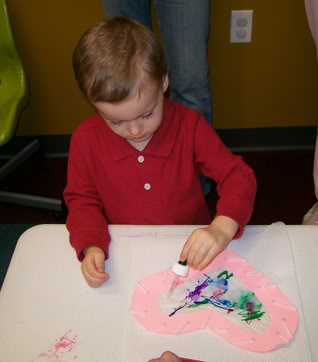 This part of the craft was really neat, the teacher brought out eyedroppers and the kids dropped water droplets on the hearts. The water made the marks that they had scribbled on the hearts bleed and gave it a watercolor effect. 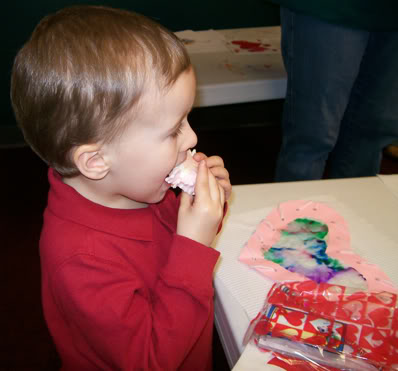 Then the kids played a game where the teacher had hid several hearts (cut into two pieces) in the store for each pair of kids. One half of the heart had dots on it to represent a number, the other half had a number on it to represent how many dots there is on the other half. The kids had to look for the hearts in the store and then find the other kid with the match to their heart. We got a half heart with eight dots on it and the teacher had the half with the eight on it. The kids got a Little Debbie cake after the game. 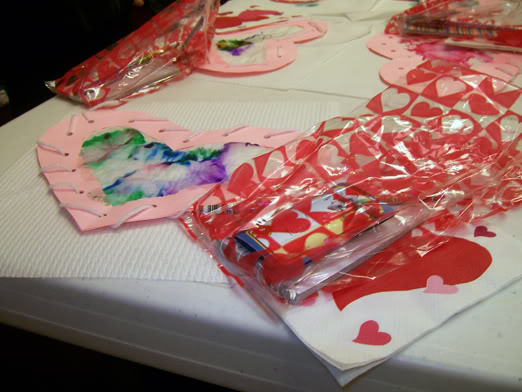 The teacher also gave each kids a Valentine goody bag with a pencil, notebook and a valentine in it from the teacher. 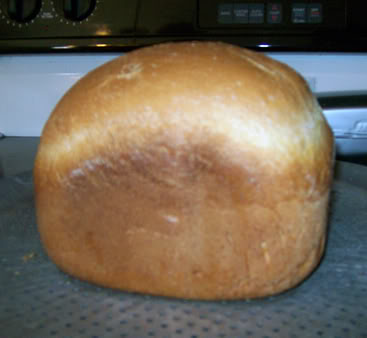 I also used my breadmaker for the third time today. So, while we were at story time, it was working on some fresh white bread for us. Tomorrow we are going to make pretzel dough and then bake it by itself and with cheese rolled inside it.