I have been wanting to take Nathan to Thomas Day Out since last year when it came to East St. Louis. Well, I was 9 months pregnant then, and since November is SO cold and miserable, we decided to pass. Well, I was so excited that I booked tickets right away when I found out that Thomas Day Out was coming to Granite City, Illinois! Nathan just LOVES trains and I am so glad we went this year since he is so much more mature and he could enjoy the small train ride, ball pit and bouncy house/slide whereas last year I am not so sure if he would have attempted everything. So, more bang for the buck and Little Bits was a great sport, too (even though she was confined in the stroller for most of the haul)! 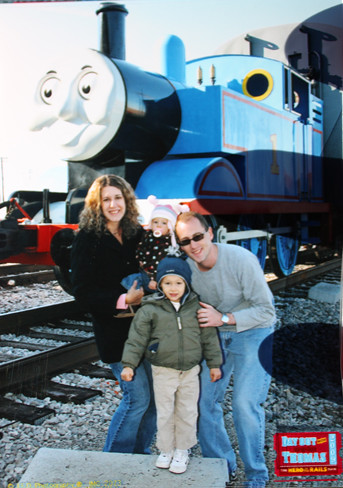 This is the professional photo they took of all of us infront of the train. Of course, it looks very UNprofessional because I took a picture of the picture while waiting in line for Nathan to get his Thomas tattoo. Notice the shadow of my fingers behind the photo- heheh! Its a cute picture if you can see the real thing! 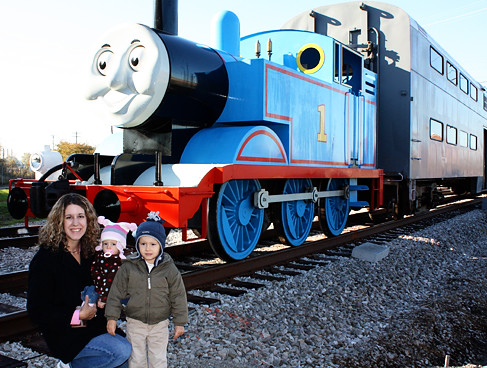 Me and the kids by the train – we boarded at 9am. I highly suggest going at the first time slot, as we saw the line for the 10:30am time slot and it was quite long! We walked right on and the train was deserted- maybe 20 families in all! We lucked out! 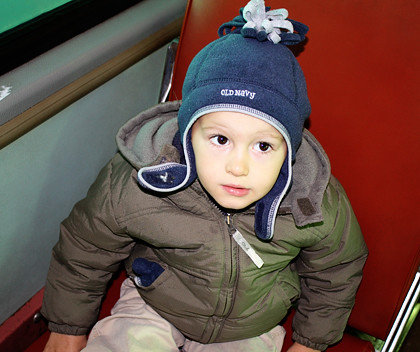 The train had two levels and we sat on the second story of it. Nathan looks a little nervous, and was so quiet during the entire train ride! Silly boy! 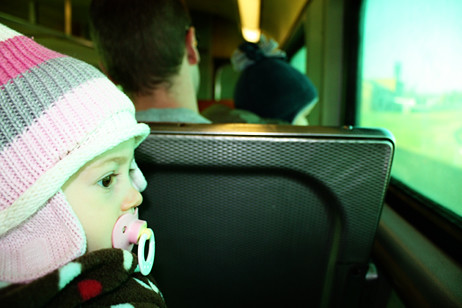 Autumn was a squirmy little girl during the entire ride, not wanting to miss out on any window action. It was funny because Thomas went BACKWARDS first, then forwards… so, we sort of saw the same scenery twice. I watched a video on You Tube, and they did this last year when they had it in East St. Louis. Some of the older kids on the train yelled, “Hey, why are we going backwards?” heheh. 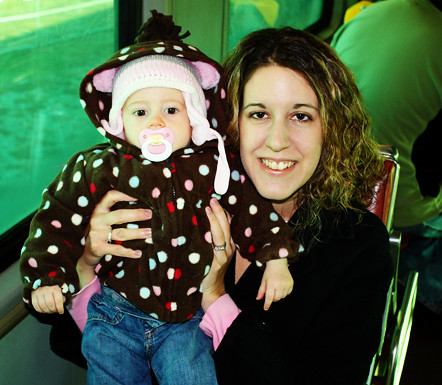 Me and Auttie on the train. It was a little cold in the morning but was hot by the time we left at 11:30am. 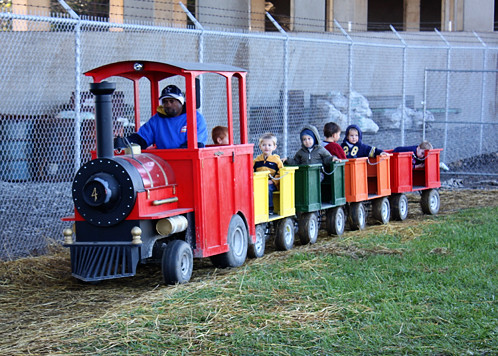 After the big train ride, Nathan enjoyed the small train ride… he smiled so big the entire time. 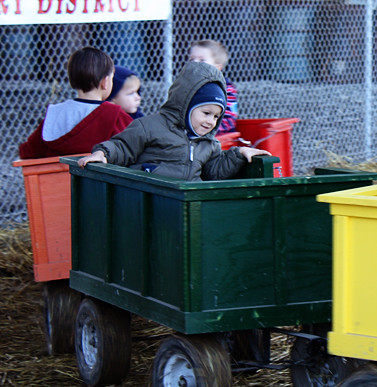 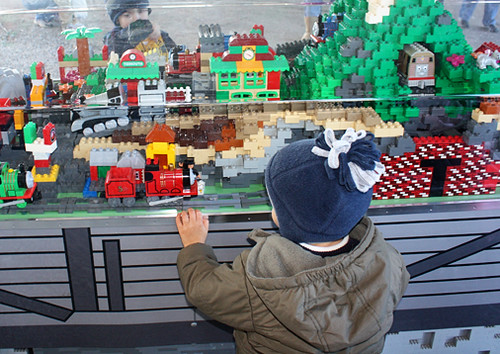 They had a neat lego setup with a Thomas train built out of legos and a coal car with this huge lego setup. So neat! 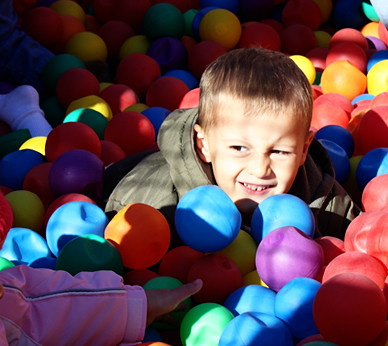 Nathan’s first time in a ball pit, it was so funny to watch him- he was trying to swim in the balls! 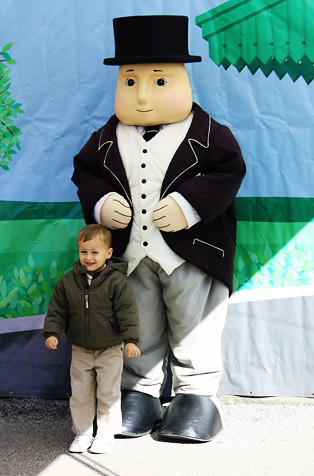 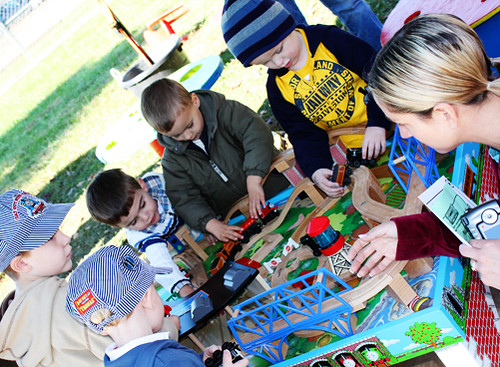 They had an imagination station with LOTS of train tables, and Nathan fell in love. 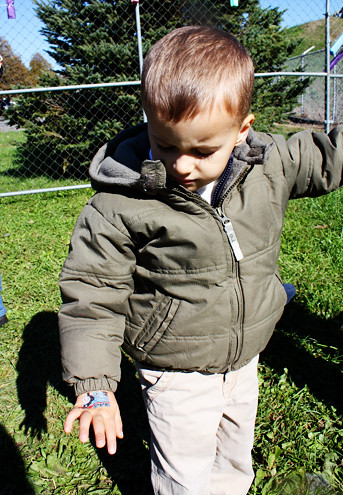 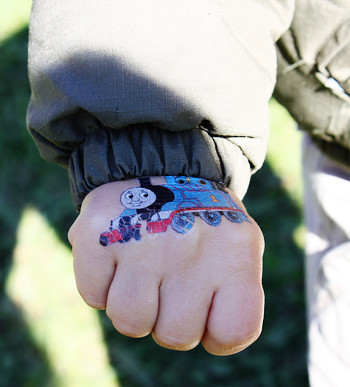 Nathan even got a Thomas tattoo! 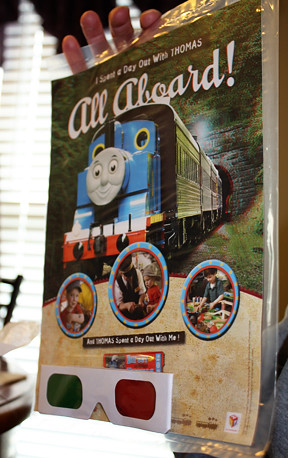 We stayed there about 2.5 hours, it was a lot of fun and we beat the crowd! Nathan got to take home this 3D Thomas kit for free on our way out. It was a lot of fun, I am so glad I was able to get Nathan to the Thomas Day Out this year, because WHO knows what he’ll be into next year. I am sort of thinking Transformers will be his next big thing…