Today was Nathan’s last day of the Preschool 3 class, next year he will be in Preschool 4 and it’ll be three half days instead of the two he was in this year. He will have a couple of weeks off, then will have a week of vacation bible school and then he’ll start camp which will be two half days every week in June and July. 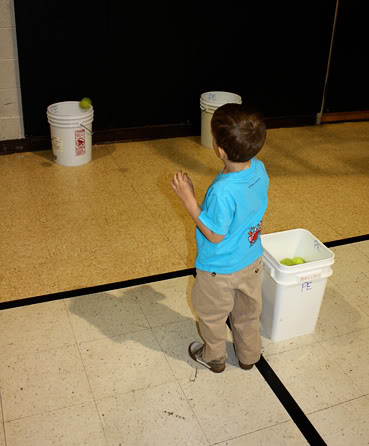 Mrs. Miller invited all of the parents to attend the last day of school today. Jeremi went for the first half and I went for the second half. Jeremi was lucky enough to get the half where they had snack time, so I missed out on brownies and icecream! Boo!! haha! I came for the last hour and a half and most of the time was spent in the gym. Nathan did really well throwing tennis balls into a bucket. 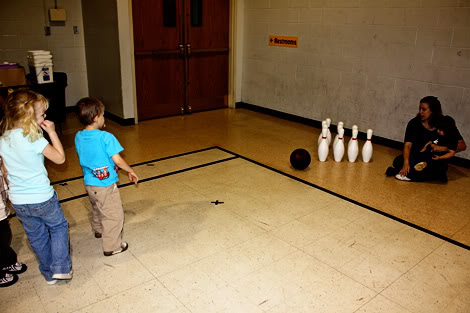 Mrs. Miller also had a bowling alley set up. Some of the other classes came into the gym for recess and I noticed that Nathan has two friends in the kindergarten class, and they were playing ball. One of them I know because he was hanging out with Nathan when we did the egg hunt, but the other boy I did not recognize. I am so happy that Nathan has some buddies at school! 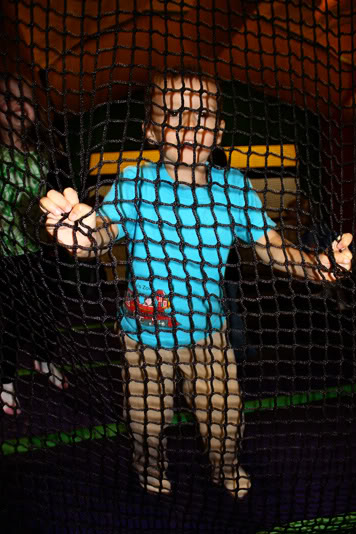 Mrs. Miller also set up a HUGE bounce house for the kids. 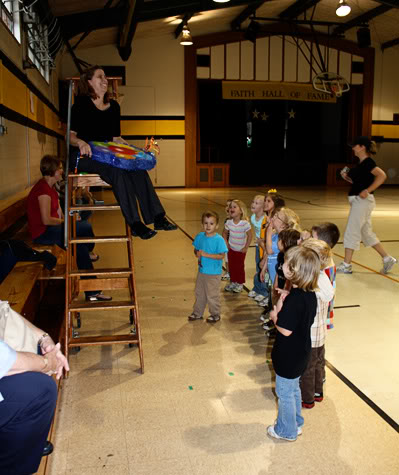 The last thing the kids did in the gymnasium was pull ribbons off of a pinata. Nathan was SO excited, because he knows a pinata equals candy. Yeah, and he is getting his cavity filled tomorrow at the dentist which will not make for a fun morning at all! 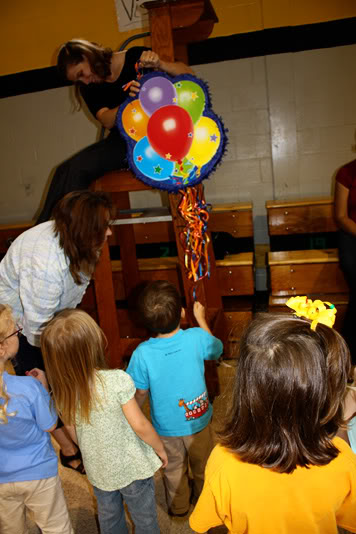 Each kid got to pull a ribbon off of the pinata and Nathan got to pull the first ribbon off. Of course, Maiya, the next one up, pulled 6 ribbons and out came all of the candy! Mrs. Miller made a bag of candy for each kid, so sweet! 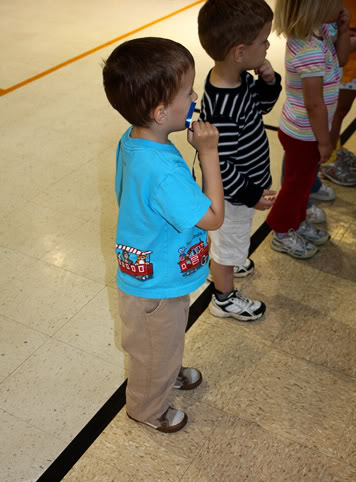 Nathan waiting in line to get his bag of candy 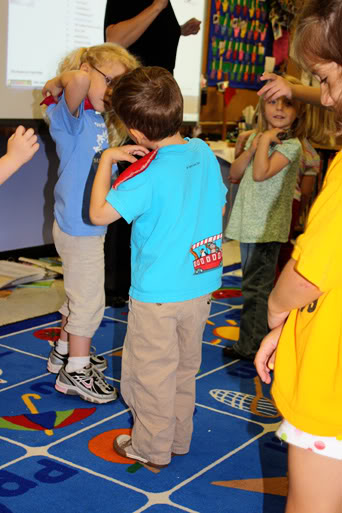 Then we came back to the classroom and she had the kids sing and dance to a few songs. I really like the song they sang in church, “Kids of the Kingdom”. I think I may just buy that for my iPod ;o)- They did one song which involved a bean bag… the blackboard at the school is really neat, its a touch screen.

Well, Nathan is done with school for the summer and next year will be a full year for him instead of a half year! Its amazing how much he learned in school this year, he overcame his sensory issues with finger paint, enjoys coloring, is making friends, learning about Jesus… etc., etc.! So exciting!