I am a bit behind on blogging. :O Sorry… Excuses? None really. 🙂

On Nathan’s birthday, it was cool and rainy so I was really bummed that we did not get to play the water games I had planned for the big day.

I couldn’t let the water balloons, etc. go to waste- so I took the kids outside and we had an after birthday party celebration and did the water games as a fun outside activity! 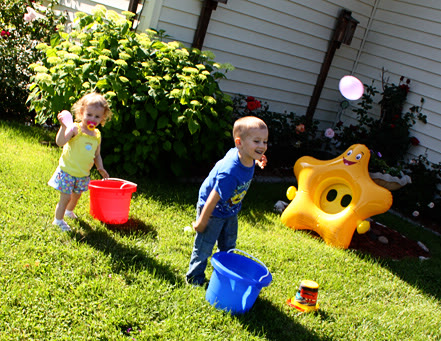 First game, water balloon toss! I had the kids try to throw their water balloons through the holes in Autumn’s little pool raft. Yeah, that was fun for awhile, until they decided that throwing them at each other or at ME would be better! Ahhhck! 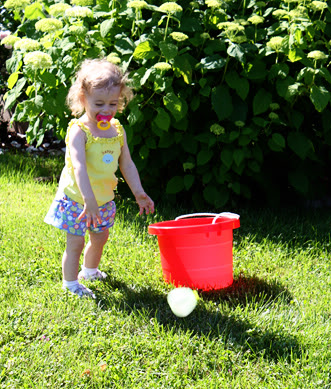 Autumn sort of enjoyed just throwing the water balloons on the grass. Some of them busted open, some didn’t. Don’t worry, Nathan took care of the ones that didn’t open. 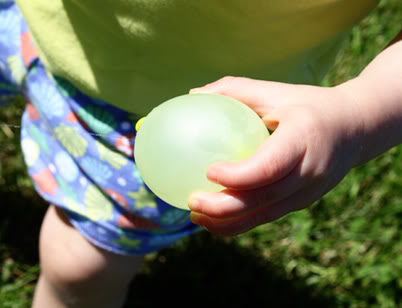 So cute! Aren’t these water balloons small? I mean aren’t they normally bigger such as the size of a softball? These were the size of an egg. Cheapo!! 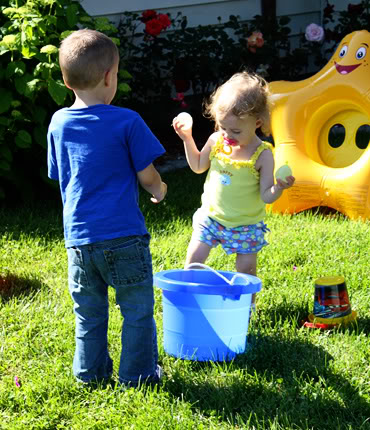 Fighting over the last few balloons. Oh, gotta love them! 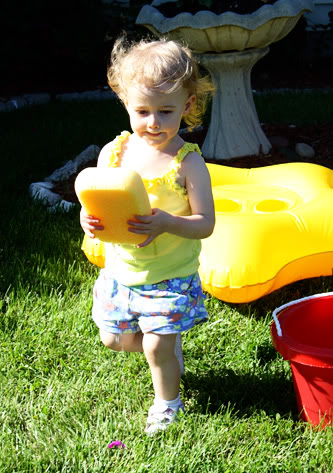 The second game we played was the SPONGE game. I had a bucket of water for Nathan and Autumn, and they had to squeeze water into their large sponge and then squeeze the water out into the empty bucket. Whoever filled their bucket up with the most water after 5 minutes won. So, who do you think won? Hard guess, I know… 😉 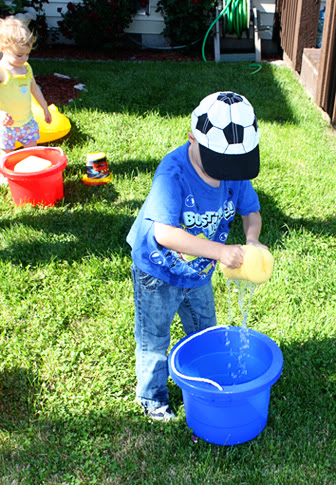 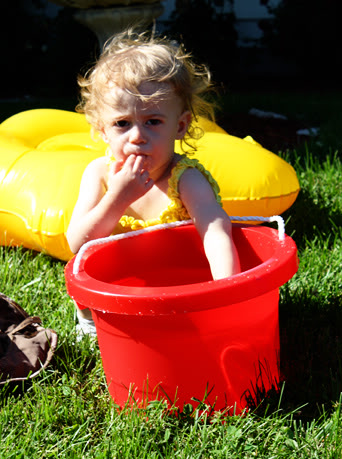 Autumn just wanted to play in the water. 🙂 That is ok! 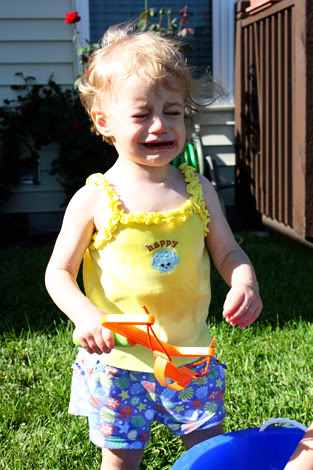 I had some prizes from the Dollar Store that are water play and sand box toys. Of course, Autumn got upset when Nathan took the little water balls from her sling. Got to love sibling rivalry 😉