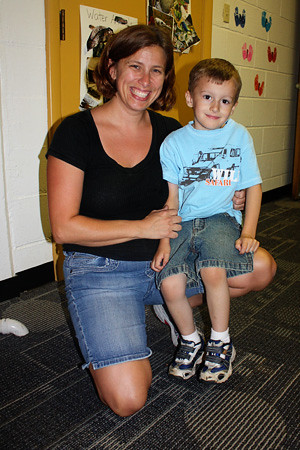 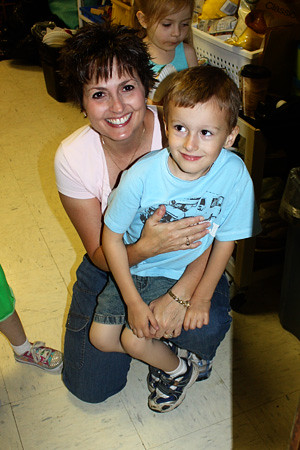 Today was Nathan’s last day of preschool. Mrs. M had planned a fun day at a park close to the school, but the morning thunderstorms ruined that plan. The kids still had a really good day at school and it was even dry enough to go outside. Here is Nathan with his two teachers. 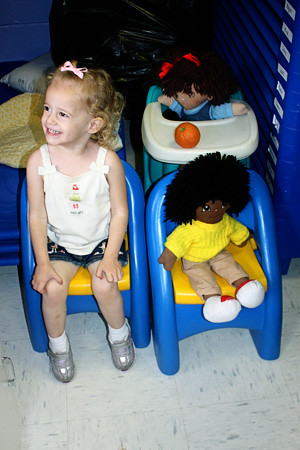 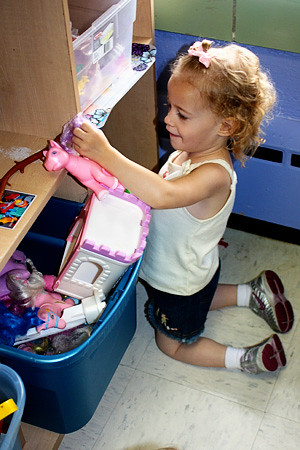 Autumn had so much fun in Nathan’s classroom. She played with the dolls in the kitchen and then got the ponies out. She really is ready for preschool! She still has another year, though… she can stay my baby for now! 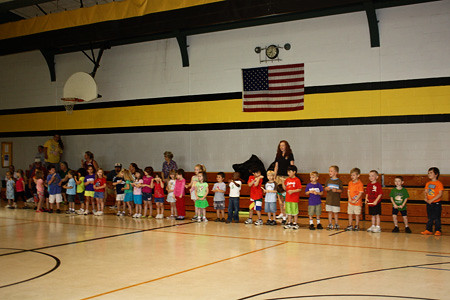 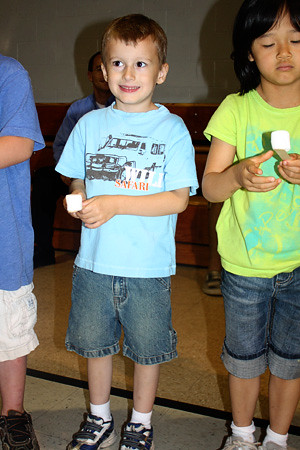 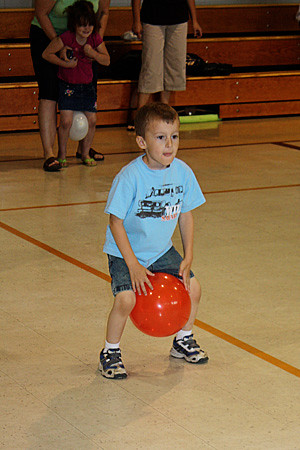 They played a game where they held a marshmallow on a stick and had to balance it. They also did some games with a balloon. 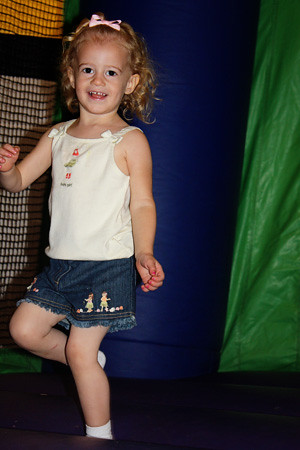 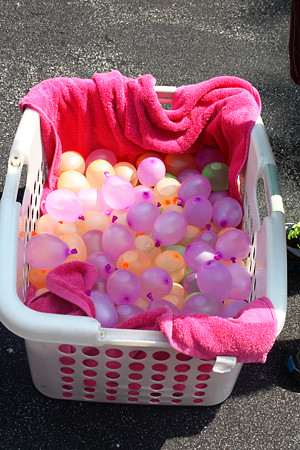 Then the kids went outside for some water balloon activities. One Mother had been kind enough to fill 200 balloons with water. Ohhhh boy! 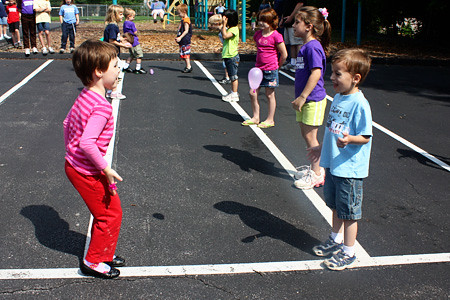 They played a ‘gentle’ game of toss with the balloons with a partner, and amazingly enough the balloons didn’t really pop too easily. 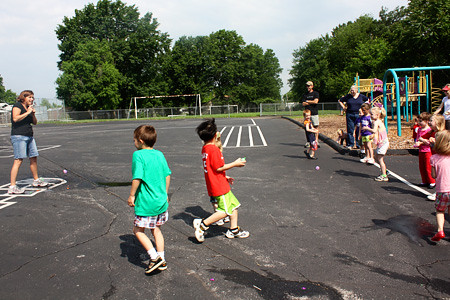 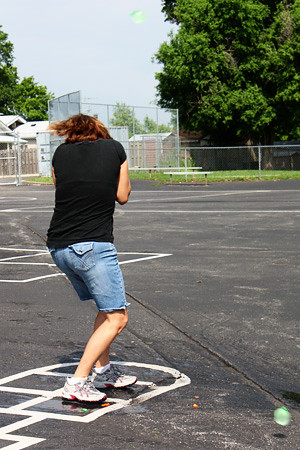 Then they played “Hit Mrs. M” and the kids had so much fun trying to get Mrs. M with their water balloons. 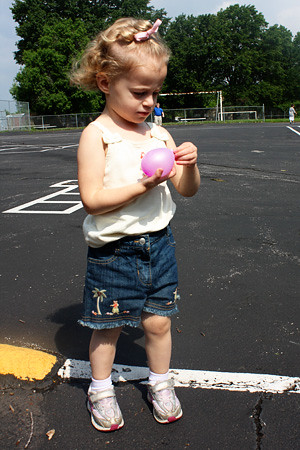 Autumn checking out a water balloon 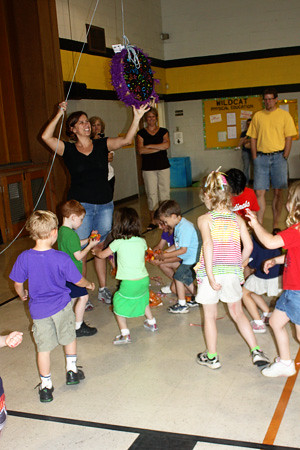 Then, the kids got to do a ribbon pinata 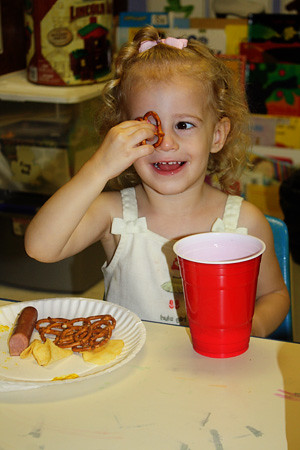 Then we all had a hot doggity lunch 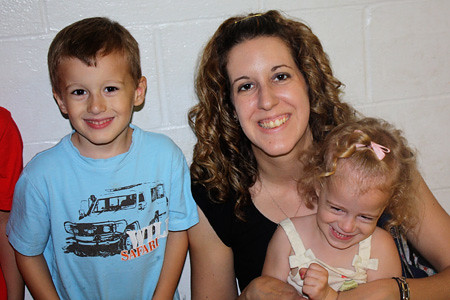 My little boy is now going to be a Kindergartner!! :,,,( He is getting so big. Congratulations on finishing preschool, Nathan! 🙂 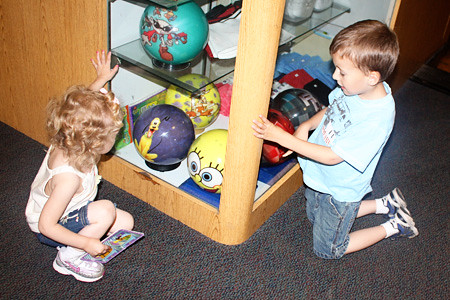 After school, we went bowling… this is the first year that I signed up for the free bowling program that is in St. Louis and other cities. It is really neat, the kids get 2 free bowling games (I think it is every day or a few days a week all summer long) and then you just pay for shoe rental. I paid $5 total on shoe rental for both kids. I have always wanted to take Nathan bowling, just haven’t had a chance… so it was fun to take them both today, finally! 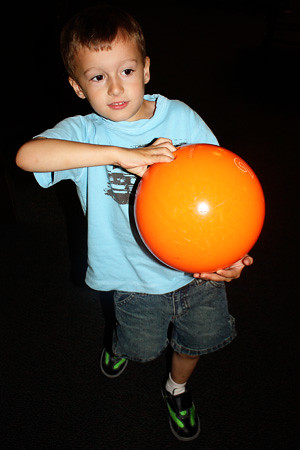 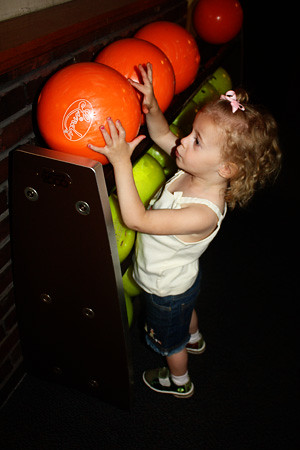 Picking out their balls… they were only 6 lbs, but Nathan looks like he is carrying a 20 lb ball here! LOL! 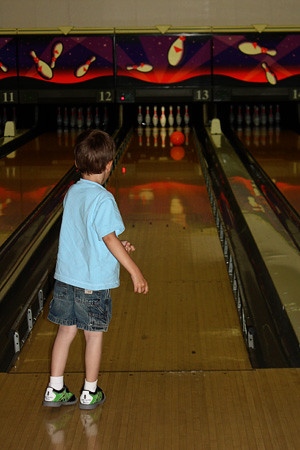 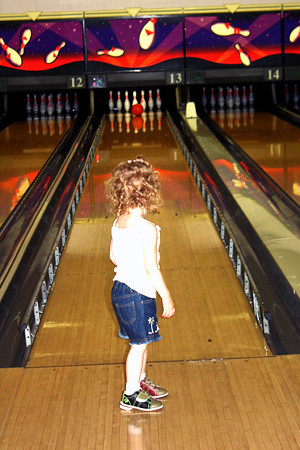 Here they are bowling… Nathan LOVED it, he had so much fun. However, Autumn was in love with it too, until she went up there to push a ball off, and then decided to run after it. I felt so bad because I was trying to get a picture of her, and she fell (because it was slippery on the lane) and hit the back of her head! My poor baby had the biggest tear drops. I felt terrible! She was ok and decided she was more interested in the hand blowers after that episode. She did get back into it near the end. 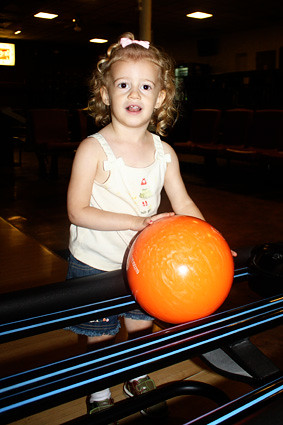 Both kids had neon orange balls that looked identical to me, but for some reason they were both VERY possessive of their own ball. Kids! 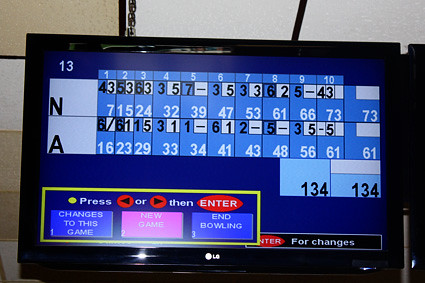 Final score! We only bowled one game… I think this would be better to do with just Nathan next time, Autumn is a little too young. She enjoyed it a little though, but she got bored quickly. It was worth the trip, though, since Nathan enjoyed it so much.