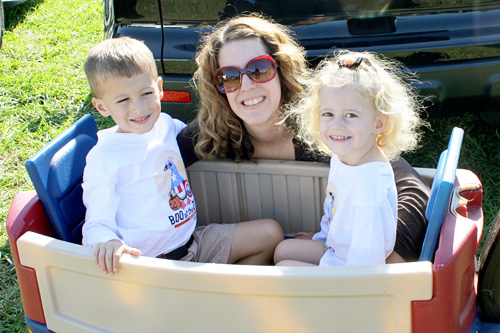 The weather in St. Louis has been beautiful this weekend, in the lower 80’s. So, after church we headed out to look at a new (to us) pumpkin patch called Thies. Wow, wow, wow… this place had everything! 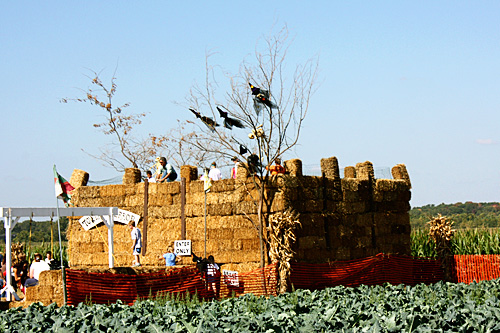 The biggest highlight of Thies is their Pumpkin Land, which is a huge play area for the kids… they have it ALL. A corn maze (its a good one!), potato sack rides, ziplining for the kids, all kinds of hay bales to climb over (such as forts, etc.), tire horse swings, corn guns, etc., etc.! You have to pay to get in (unlike Stuchmeyers play area), but it is BY FAR the best play area and worth every penny. We were there for over 5 hours and still didn’t see everything. It also includes a tractor ride that gives you a tour of the farm. 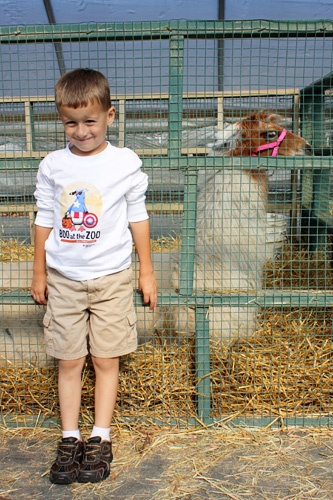 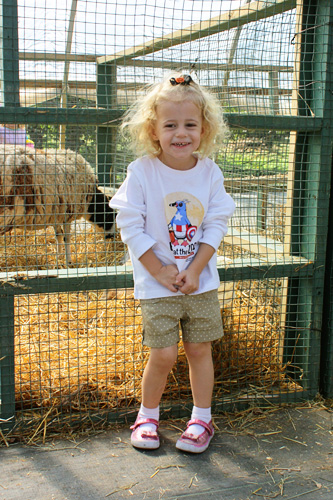 They had a petting zoo, and I got a couple of the kids by the animals 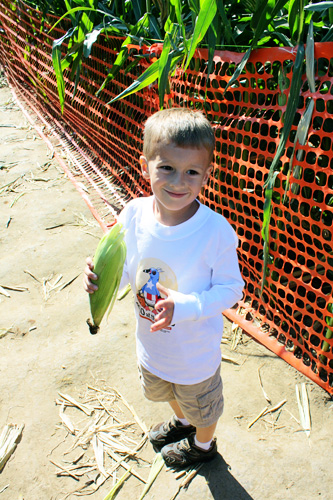 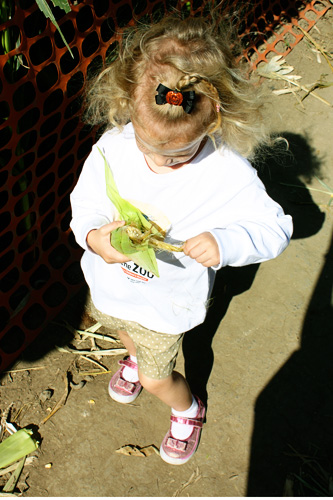 The corn maze was quite a feat… we spent a lot of time in there, because it was rather big and there was a lot of dead ends. I pulled an ear of corn off for both kids. Autumn tried I bite of hers but didn’t like it. Ha-ha! 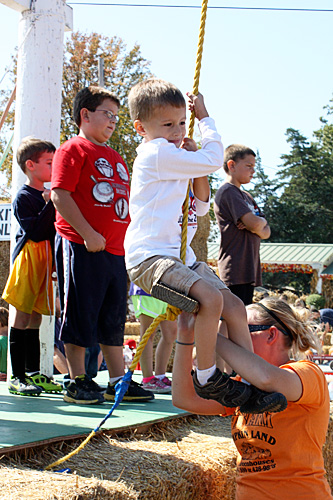 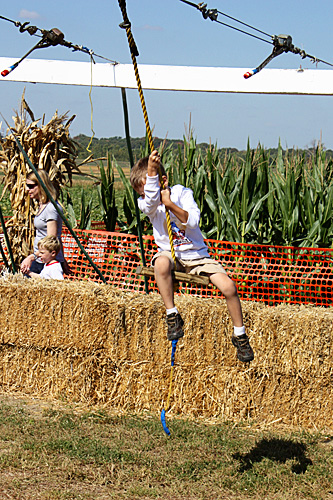 I thought the corn maze was Nathan’s favorite, but then we came across the ziplining area. Nathan is a brave boy! He actually went on it over 10 times, and did really good at holding on tight. 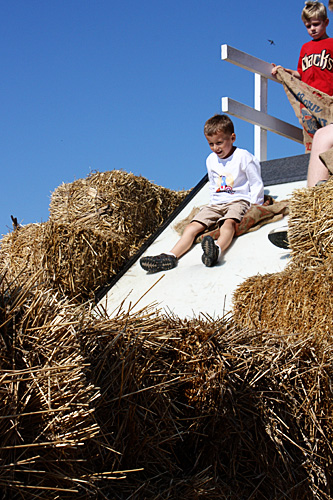 They had a potato sack slide, I even went down with Autumn. 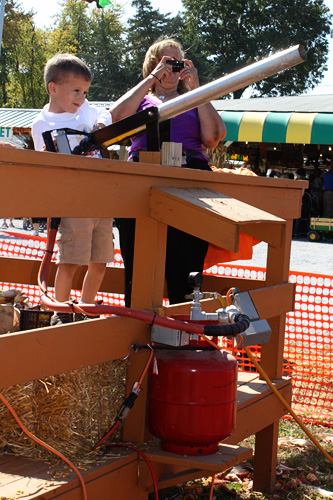 Here is Nathan shooting corn out of the corn gun. 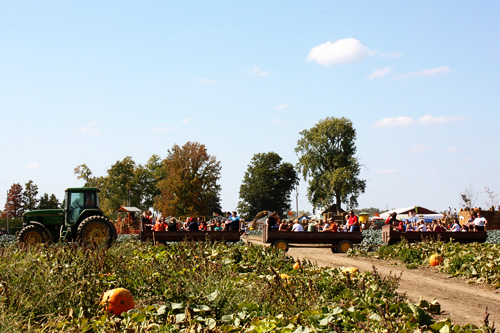 Next up was the tractor ride, which both kids really enjoyed. It was just a little bumpy in some spots! 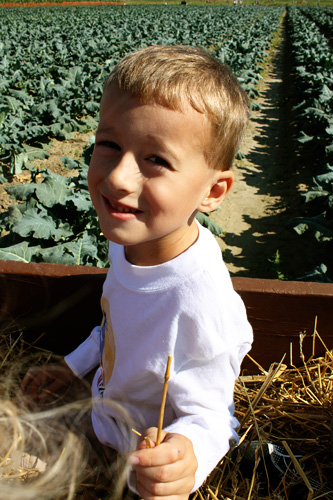 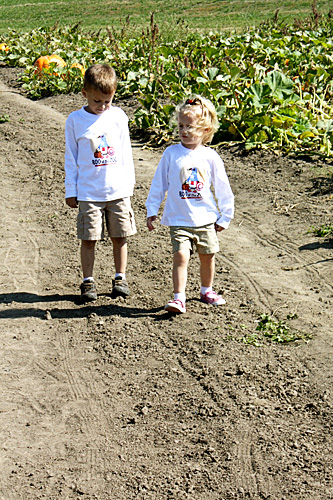 Then we headed off to the pumpkin patch… Autumn was getting a little tired by this point so she wasn’t as excited about the pumpkins as I would have liked her to have been, but oh well! That is one thing that is better about Stuchmeyers, they have pumpkins that are a better size to buy in their patch. Theis has mostly LARGE pumpkins too big to really buy in the patch, and then the store had the medium sized pumpkins. We did find one that we could take back with us, though. Also, their patch was a little bit of a walk from the play area, but that was ok. 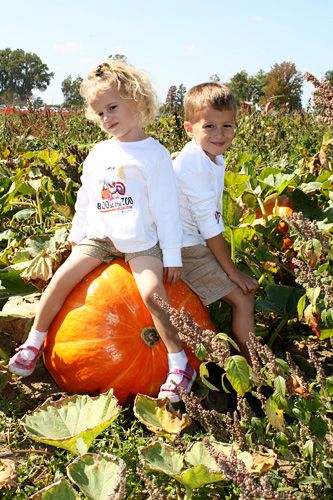 The best picture I got of the kids with a pumpkin. LOL! Poor Autumn was tired! 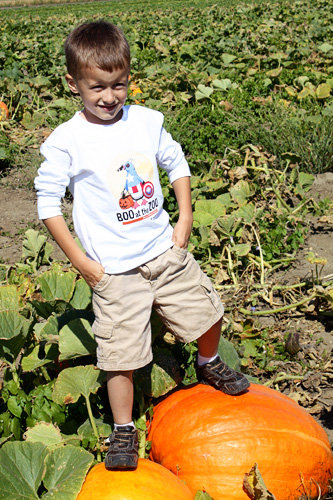 I thought this was a good one of Nathan, he is posing so well! 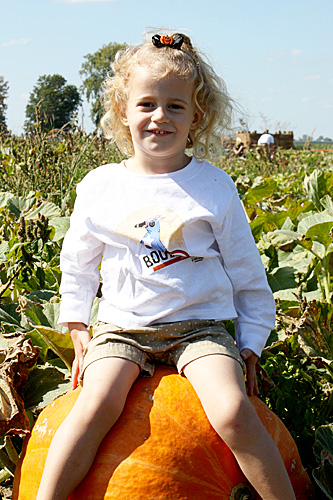 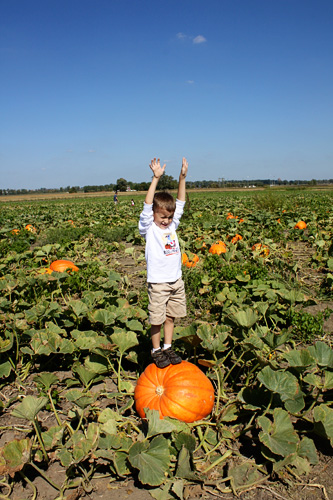 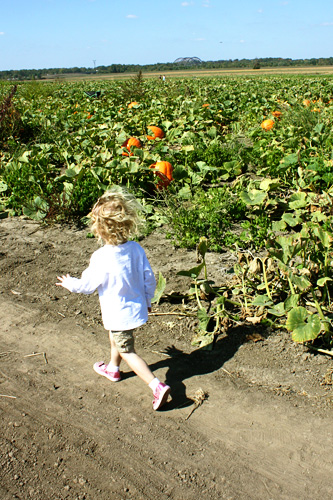 Autumn running her little legs off 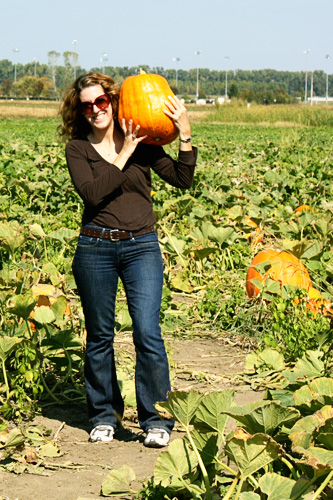 Me carrying our pumpkin out of the patch (Mom actually found it! Ha-ha!) 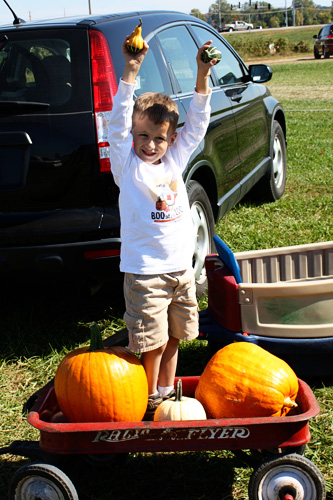 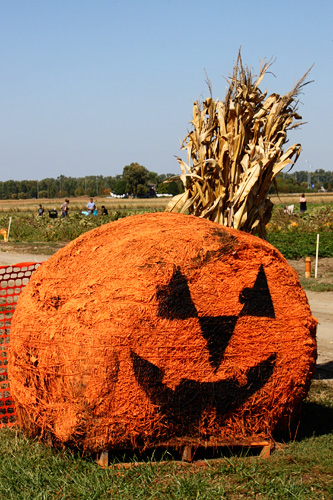 We had a lot of fun, and were all wiped out after our trip to Theis. It was a fun fall day though!