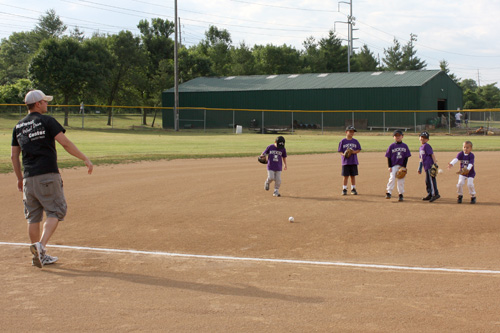 I am so excited to have a staycation at home with the kids this week. Our first day was pretty laid back… although, it did start with Nathan’s 8:15am t-ball game, which normally during the week we are up early… but, on the weekend, it just seems wrong to have to be anywhere at that time. But, we got there, and it left the rest of the day free. Here is a photo of Nathan before the game, he’s catching a ball while they practice. 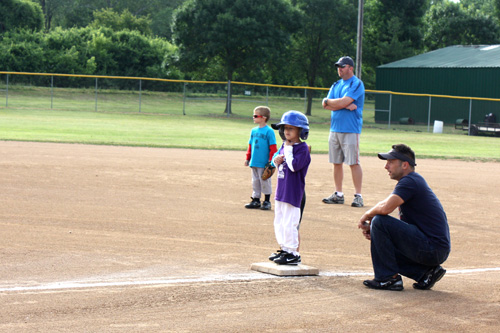 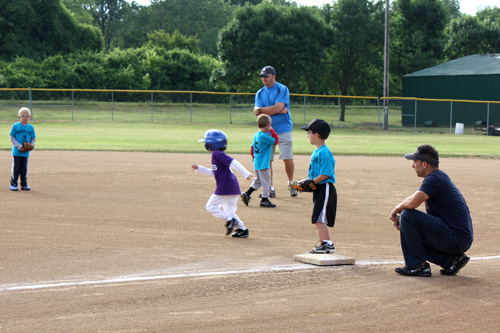 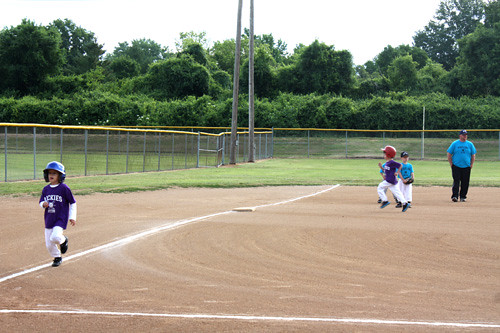 Just some more photos of Nathan. Brian got him a batting helmet, in his favorite color blue. They are starting to do coach’s pitch instead of hitting it off of the tee, so Brian has been working with Nathan on that a lot at home and he’s doing really well!
After t-ball, we went to TWO new coin stores so that Nathan could get two new quarters for his state quarters book. He got North Carolina and Hawaii. The first coin store we went in, let Nathan and Autumn take two coins home for free out of a cardboard box that they had labeled for kids only. Then, in the second coin store we went in, they gave a bag of chocolate coins to both of the kids for free. Amazing! 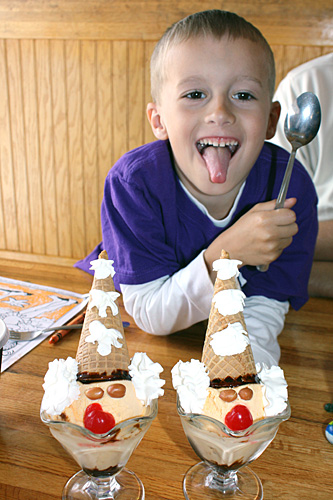 Then, after the coin stores we enjoyed a delicious lunch at our hole in the wall Chuck E Cheese wanna be place– Happy Joe’s. Their ice cream is so good there, I swear it tastes like it is homemade! MMMM!