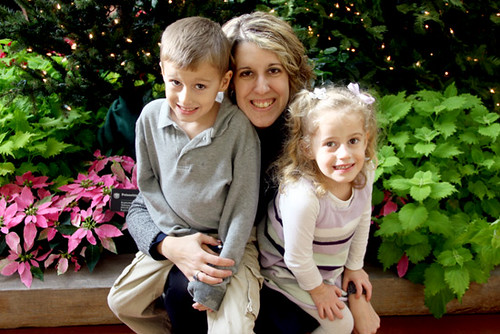 It is a little tradition of ours to go to the Missouri Botanical Train show every year around Thanksgiving… this year we tried but the power was out when we showed up… I found out later my company was having a corporate day at MoBot, and we got to go for free! Can’t beat that! 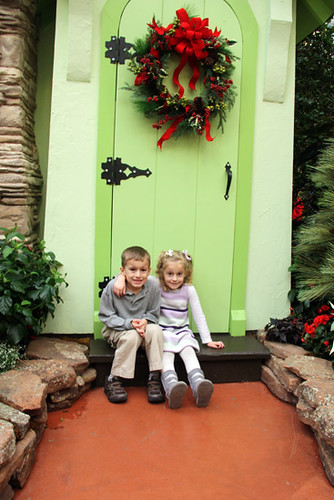 There was a bright green house in the center of the show and I decided it would be a great photo opp with the kids. 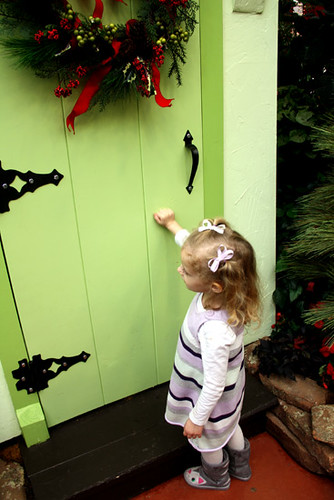 Autumn tried to see if anyone was home. Nope. 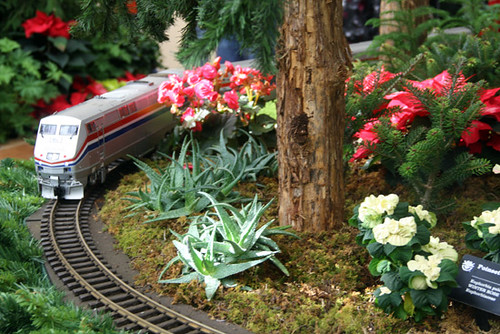 So much detail is put into this show… the kids LOVE the trains, and I of course love the botany side of it. Brian and I were trying to decide if there was a theme this year, and we decided it was Christmas trees/evergreens… there were so many varieties. 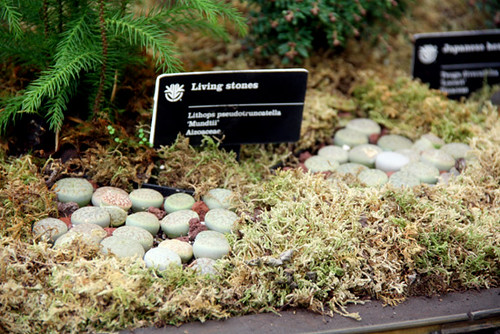 Nathan did, however, focus on something other then the electric trains. These. He wants Living Stones. Brian told him he had them at one time and he watered them too much and they exploded. Of course, that made Nathan want some even more… 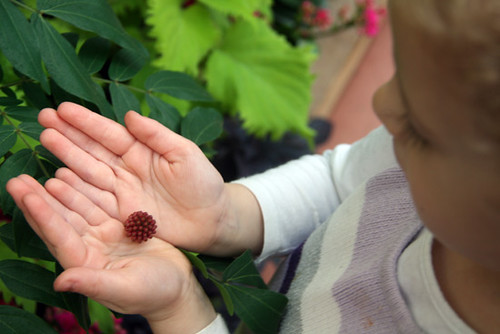 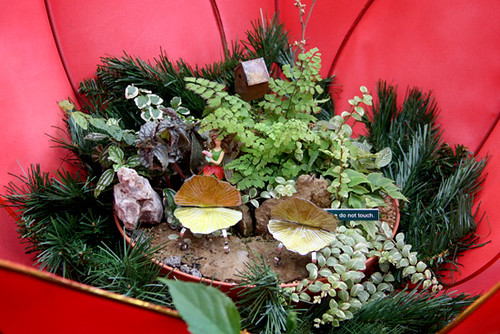 They had all of these neat little scenes set up inside the show, there was probably 10 total? 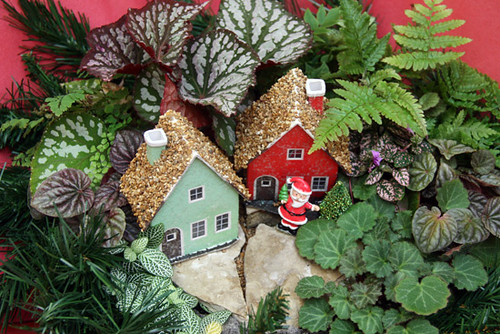 Another little scene. Love it! 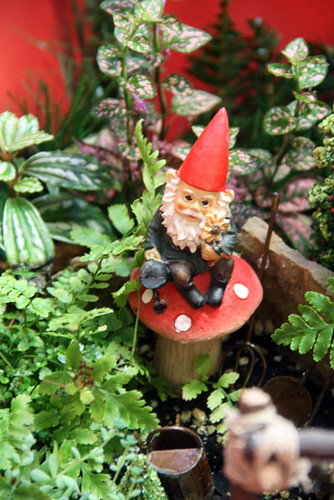 Every true garden has a gnome, right? 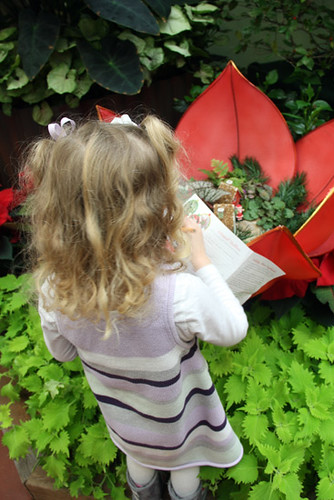 They have worksheets for the kids every year, to find certain flowers, trains, etc. within the show. Both kids always finish their sheets. 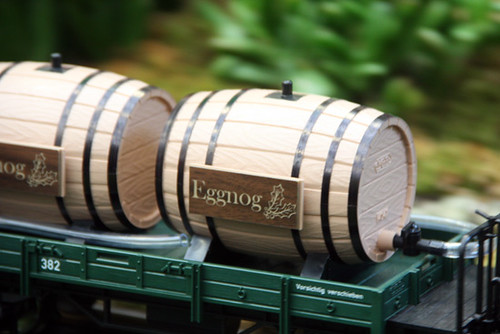 I heart egg nog. Can’t believe there are people that don’t love this stuff! 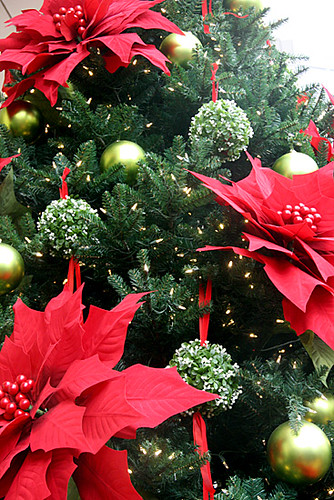 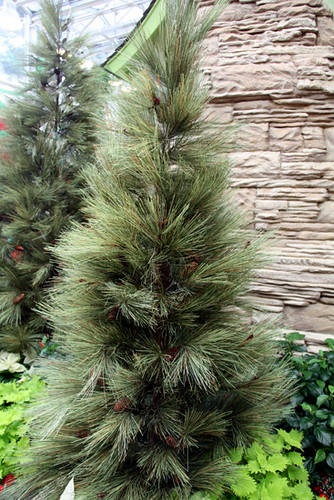 Regular pine tree by the green house, so simple and beautiful 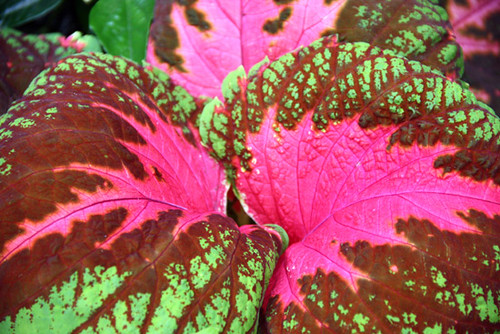 Pink poinsetta – its so fun to take pictures here! 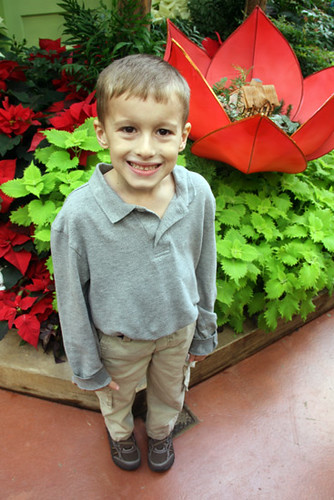 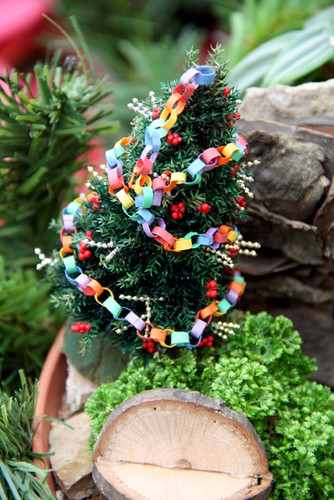 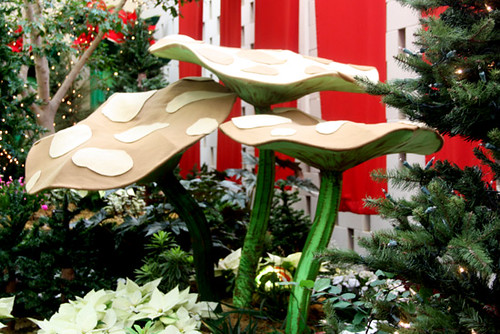 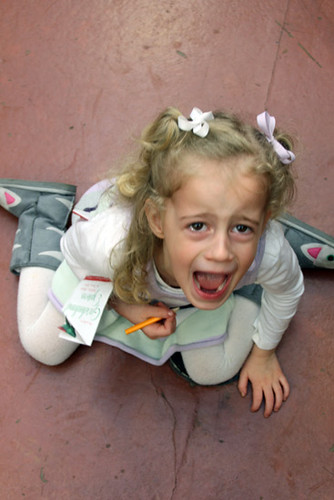 One little unhappy girl who was told not to run out of Mommy’s sight. Don’t worry, she was all better 2 minutes later.