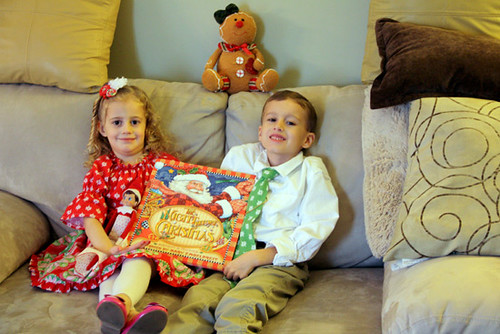 Every year we read Twas The Night Before Christmas, and well, this year… Nathan read it! I cannot believe my boy can read so well now… if I had put this book in front of him last summer, he wouldn’t have been able to read it as well. 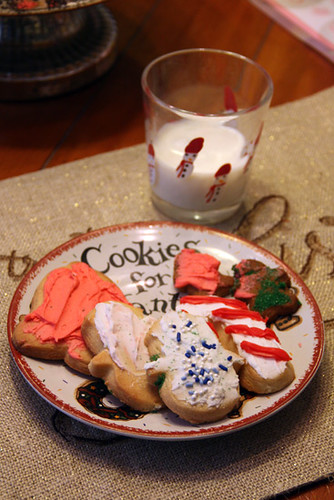 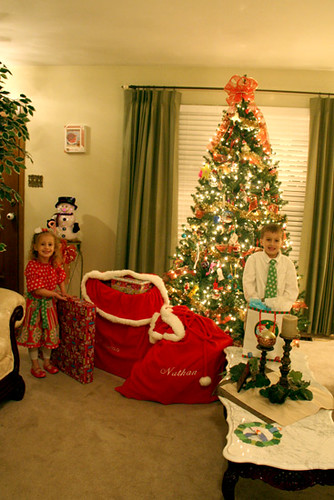 Then, we went to the candle light church service. While I was loading the kids in the car, Brian brought all of their gifts upstairs… they would be surprised after church by Santa’s visit! 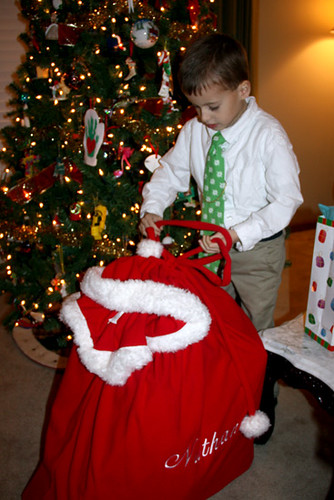 They LOVED how Santa had left a little Santa bag for each of them filled with toys. 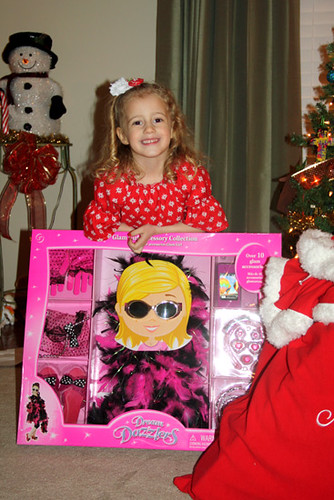 There was a big gift outside Autumn’s Santa bag that she unwrapped first. 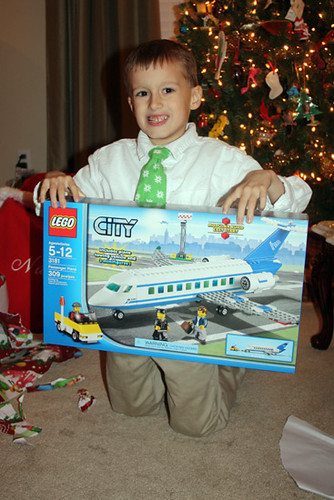 Nathan got a lego set, he really wanted an airplane because we are going to be flying to Disney this summer 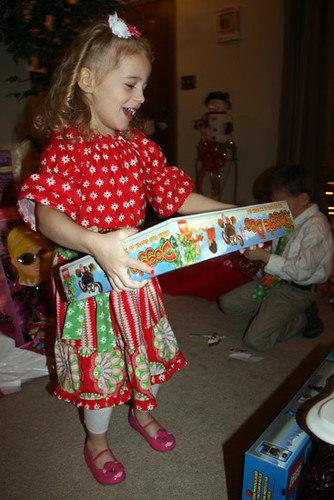 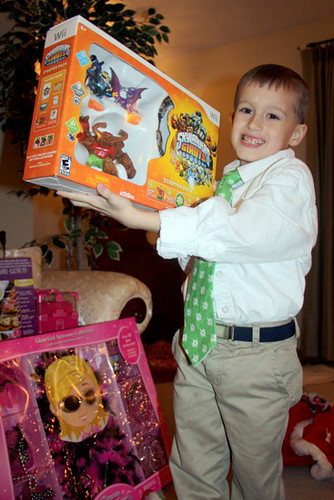 And, Nathan has been asking and asking Santa for the Skylanders game for the Wii. 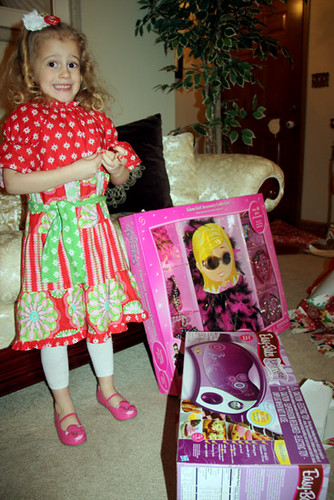 Autumn was excited about her Easy Bake oven, we are going to try it out this weekend… I’ve heard mixed comments about it… 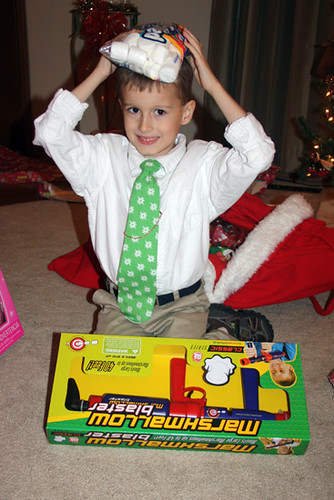 Nathan has been really wanting a jumbo Marshmallow gun since they had them at cub scouts, Autumn got a mini marshmallow gun. I keep telling Nathan not to shoot his eye out. 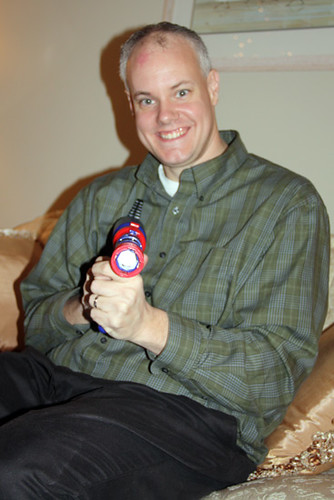 Or, maybe I should be more worried about Brian having the marshmallow shooter. Ha! 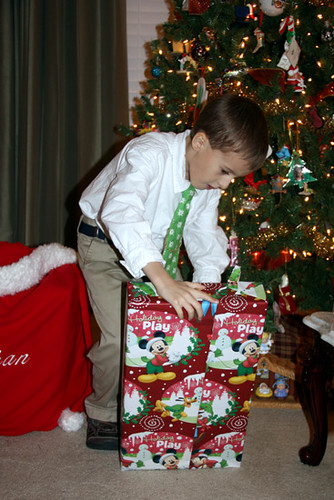 I made sure the Santa paper for Nathan was Mickey, since he’s so excited to go to Disney. 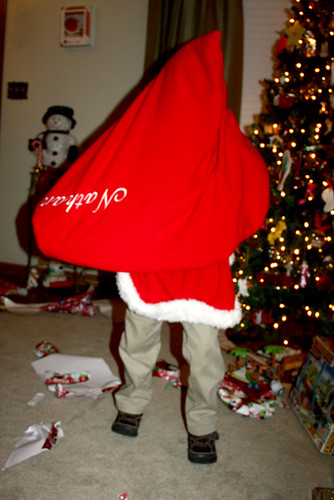 Finally, we reached the end of the gifts… but, oh wait. Those were Santa gifts… Brian and I had special gifts for the kids from us. 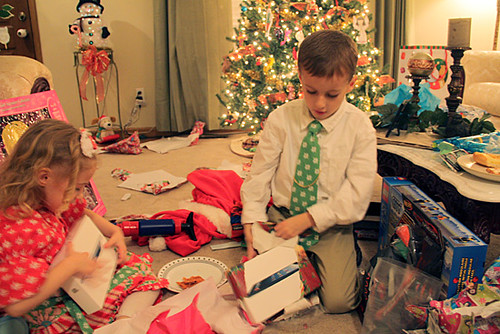 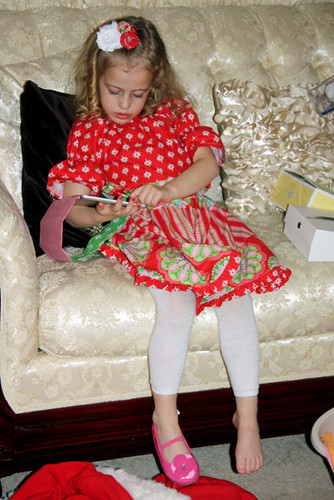 We decided to get both of the kids their very own mini iPad. Nathan’s is black with a blue case and Autumn’s is white with a pink case. Nathan can play Skylanders on it, take pictures and movies (he’s been wanting a camera) and Autumn loves to take pictures and play games, too. Autumn also loves to listen to music on hers with her headphones.