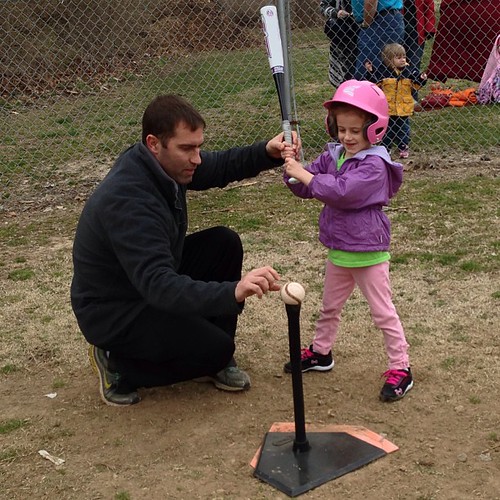 Last night, Miss Autumn Nicole had her very first t-ball practice in the evening. Last weekend we took her to Sports Authority to buy a pink batting helmet, purple and white bat, pink laced t-ball shoes… and, well, a black glove. Because, the pink glove was too big for her itty bitty hand! We tried out her new stuff in the back yard at home, but ohhh! To try it out in front of all of her brand new team mates was just too exciting! My little Auttie loves to show off her pink stuff! Look at her big smile when she got to go up to bat for the first time! And, is it bad I took pictures of her and not Nathan at his first practice? Ahh, I guess since this is his third year it is getting to be old! I still feel bad I did not snap a photo of him though! My excuse is that it was a lot colder for his practice than it was for Autumn’s. Yeah, that’s why! 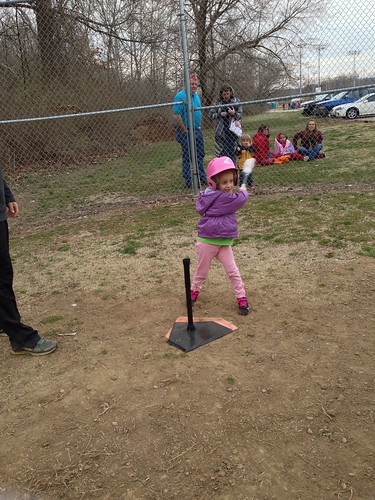 A little swinging action! She was pretty good at hitting the ball off the tee, guess she’s had a lot of practice while brobro has been in this the last few years. 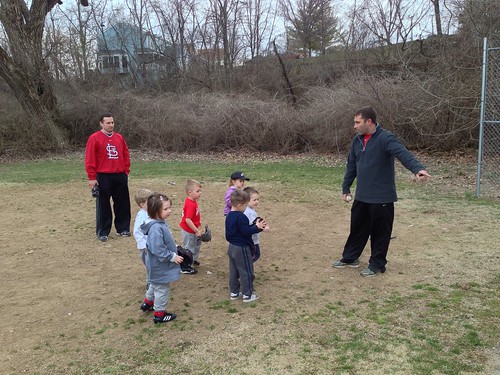 Listening to their coach. He’s an awesome coach, I am a little worried about Nathan’s new coach. He had an amazing husband/wife coaching team last year and they couldn’t do it this year so I am so sad about that. Autumn’s coach had them catch the ball using a crocodile movement (pretend the glove is the bottom of the crocodile’s mouth, then bring your other hand down to catch the ball in your glove and say, “Chomp, chomp!”) and he had a lot of other cute ideas geared at their age level. I am so thrilled Autumn got to experience this, she almost didn’t get to… so, it makes it even more special to me that she can be there. 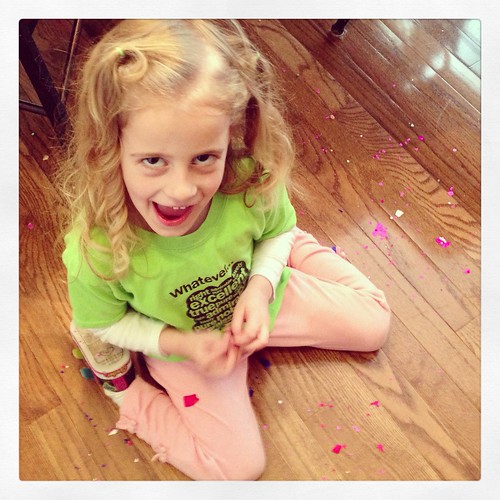 Now, before practice, we were at home looking at Autumn’s basket she made at school for Easter. They had a small egg hunt for the kids at school, and in the basket were several confetti eggs. I had no idea what confetti eggs were until Autumn showed me! See the mess around her? Confetti eggs are actually called cascarones, which are a hollow egg that is dyed and inside there is confetti. You seal the opening up with some brightly colored tissue paper and when you throw the egg, since its hollow… it EXPLODES! The shell cracks apart all over and the confetti goes flying out! What a mess! And, Autumn threw 4-5 of them on my kitchen floor! You can’t even see how bad the mess really was in this photo I took of her. See her happy little ‘I made a BIG mess!’ smile? 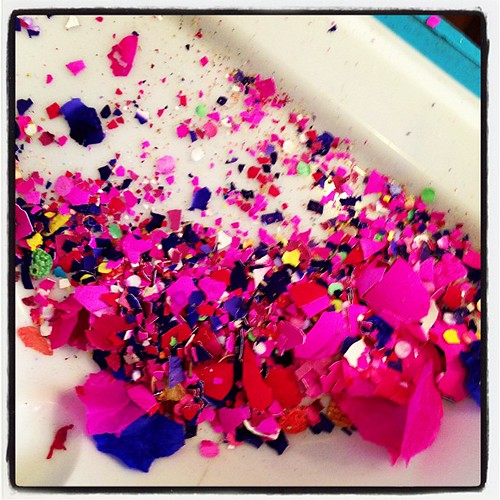 After sweeping up the mess, the colors of the egg shells and confetti were so pretty I had to snap a picture. And, I decided… we are SO making these next year! (To throw outside!) I need to look up directions online and hopefully it isn’t too difficult. My Wine friend Lindsay says they are fun to crack on your friend or family member’s head after an egg hunt! 😉