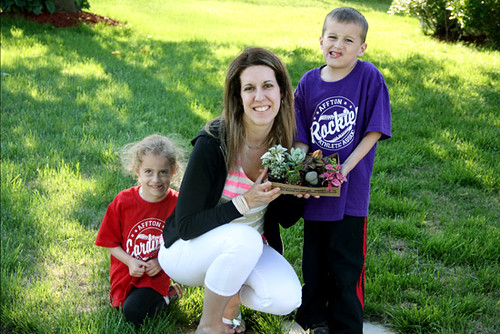 I have gone the entire baseball season (started in March!) without posting any photos of the kids playing. Its just been so busy around here and I did take some photos from their first game, I just haven’t had a chance to blog about them! So, here are some photos from their first game. This is a photo taken after their game with some succulents and small plants that the kids had bought me. Nathan is on the Rockies again, wearing Barney purple (ugh) and Autumn is on the Cardinals (GO CARDS!) wearing red. 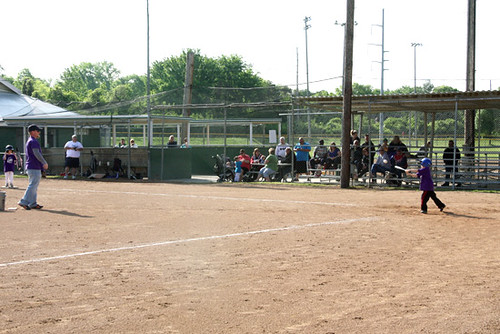 Here is a photo of Nathan hitting the ball, it was coach pitch until LAST weekend when they started using the machine! Ok, now a bad Mommy confession… the rest of the photos are of Autumn. I should have taken more of Nathan! But, my excuse is that this is Nathan’s third season and this is Autumn’s first… SO, its just really exciting to see her play her first year! 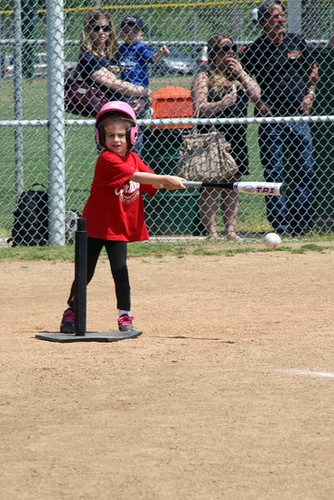 Autumn up at bat. She actually hits the ball off the tee fairly well and hits it hard. I guess all that back yard practicing with her big bro has paid off! 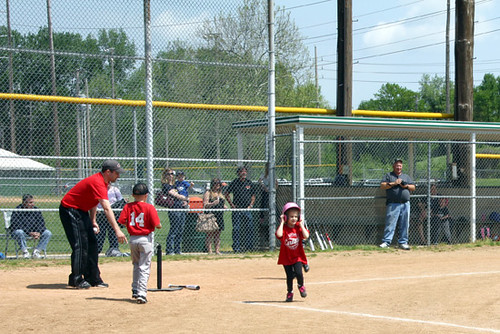 Running to first. She always holds onto her helmet when she runs. Silly girl. 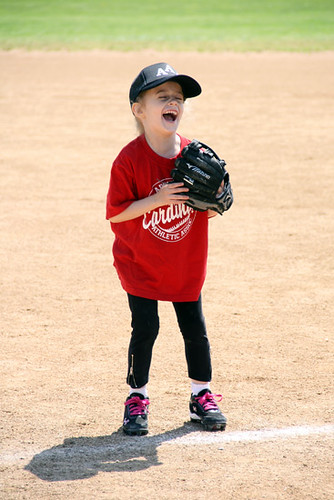 This is my FAVORITE photo, this really shows Autumn’s silly little personality. 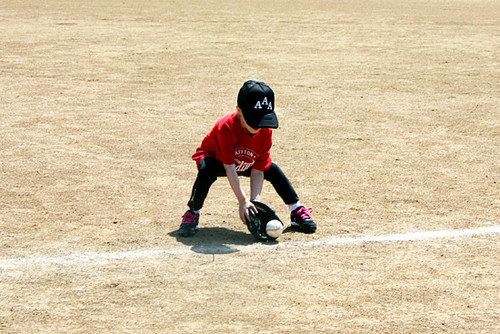 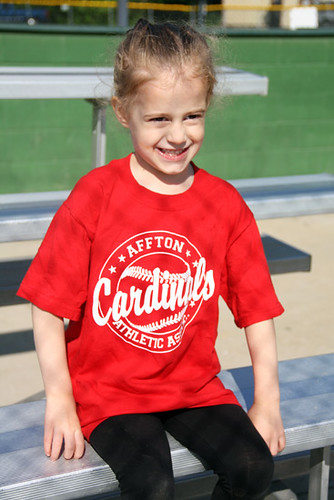 Autumn on the bleacher. The kids LOVE going to each others games so that they can check out all the deliciousness of the concession stand. I will admit, it is fun and tasty. 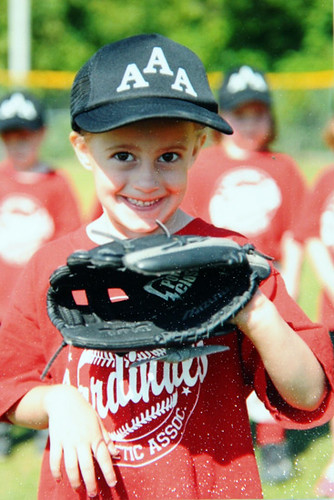 Here is Autumn’s professional photo, I love how the photographer had the other players stand behind her… such a pretty backdrop. 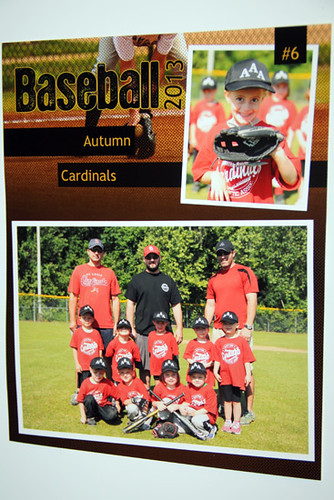 Team Photo. I am still waiting on Nathan’s. Autumn is actually done playing now (she played 5 games, Nathan played 8), but I’ll do one blog post of their final games together