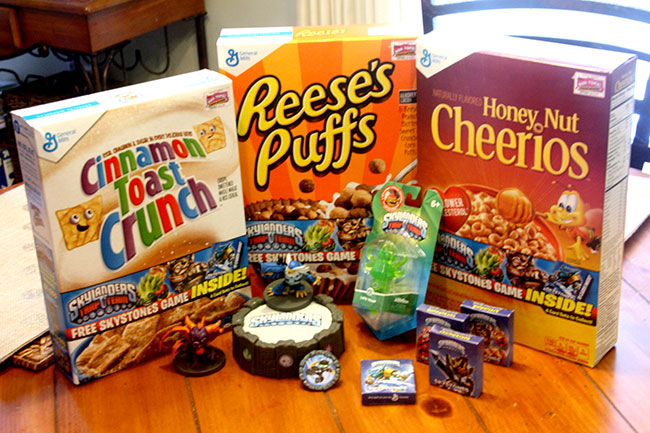 General Mills and Skylanders have teamed up to offer an exclusive Skystones game free with your favorite boxes of cereal. While my kids were on Spring break, I decided to host a little Skylanders Skystones party for them. They sampled several Big G brand cereals such as Cinnamon Toast Crunch,  Reese’s Puffs and Honey Nut Cheerios. You will also find this special offer inside Frosted Cheerios, Fruity Cheerios, Cookie Crisp, Lucky Charms and Trix. 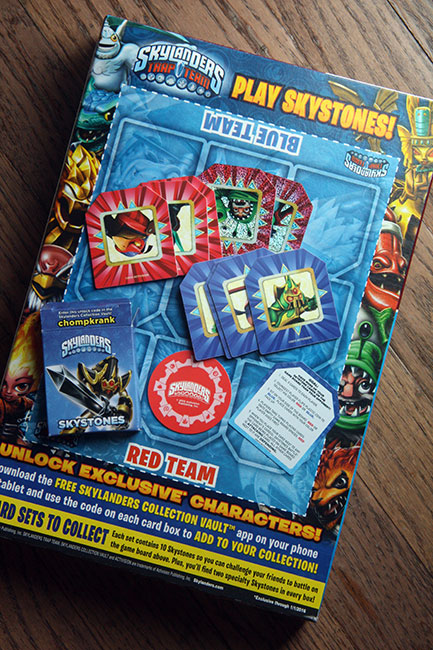 Hidden inside specially marked Big G cereals, fans will find Skystones cards playable on the game board found on the back of the cereal box. 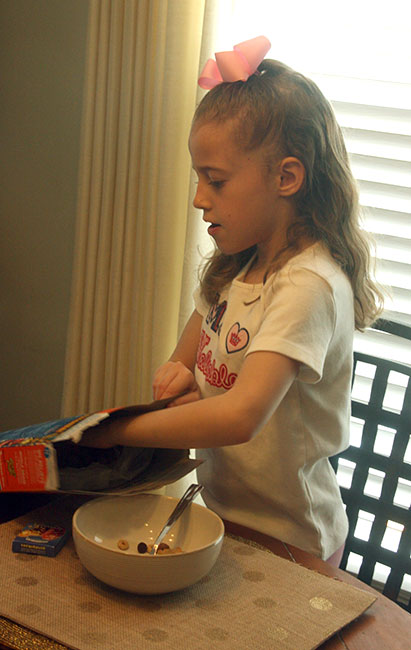 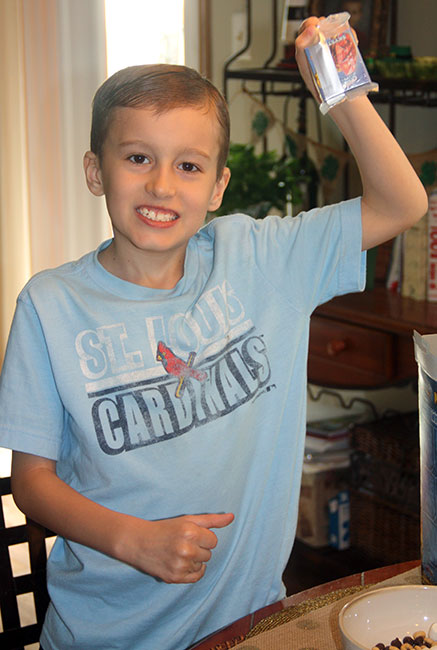 Collect all four Skystones game card sets, each with a downloadable code to unlock characters in the popular mobile Skylanders game. I let both of the kids reach into a cereal box to pull out a Skylanders game! 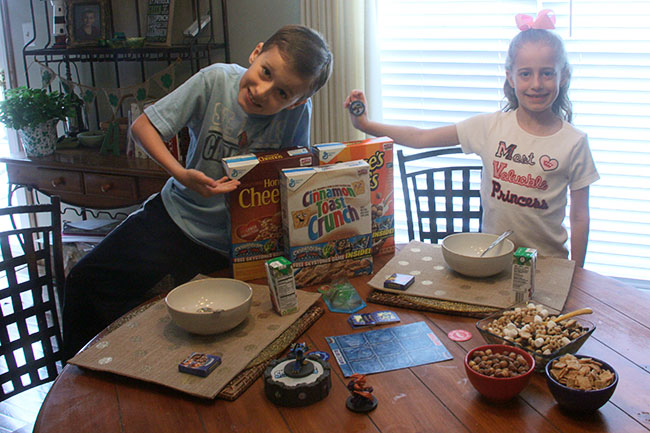 Here are the kids getting ready to sample the cereals and play Skystones for the first time. If you look closely, you’ll see I made a little trail mix with the cheerios cereal: cheerios, marshmallows, chocolate chips and teddy grahams. 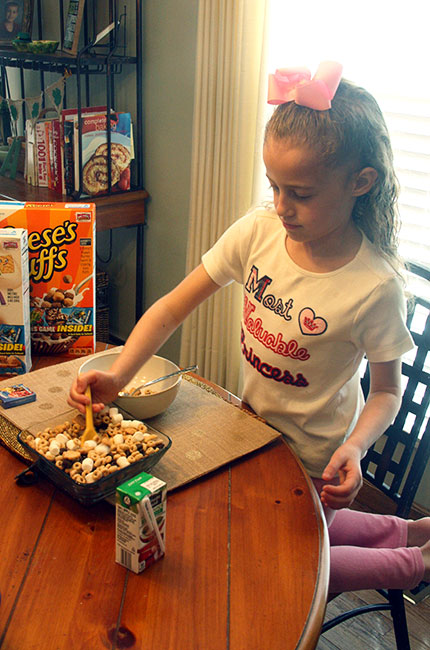 Autumn is digging into the cereal! This makes such a perfect game snack! Both kids loved the cheerios trail mix that I made and Autumn’s new favorite cereal is Reese’s Puffs! We are going to need to buy another box of it soon! Nathan really enjoyed the Cinnamon Toast crunch, which has always been a popular cereal in our household. 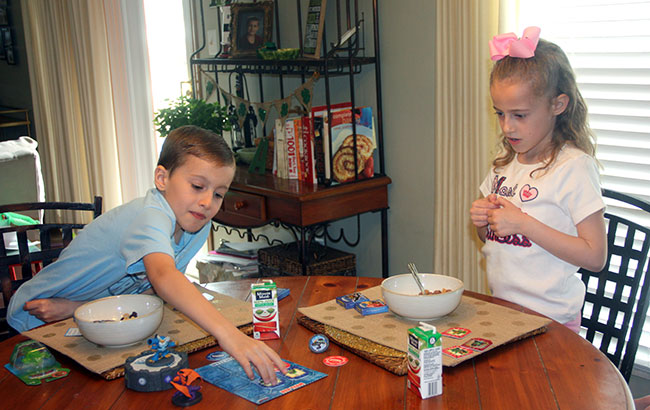 My kids are 6 and 8 years old and this game was perfect for their age level. I helped them through the first two games and after that, they could play on their own. The game was so fun, I even played a few rounds with them. The Skystones game fosters family fun and fuels development through imaginative and cognitive play. 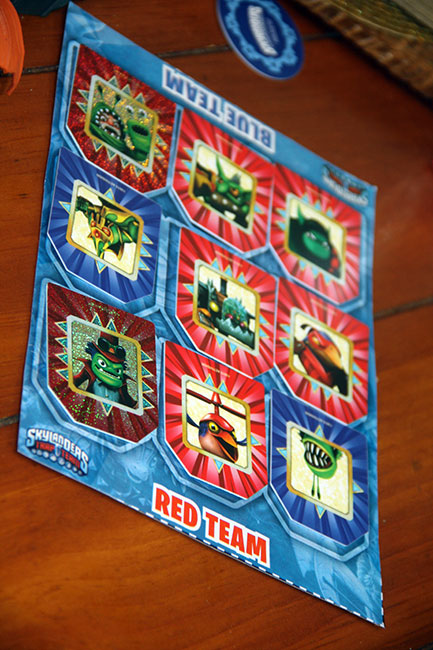 I won’t go into the details about this two-player game, but you will find the instructions inside the pack of cards. Here is what the finished game board looks like at the end of the game. There is a red and a blue player and the player with the most cards in their color wins. The kids really enjoyed playing against each other and both kids won multiple times against each other. Nathan enjoyed the game so much, that he took it over to his friends house the next day during his playdate. I love that this game is portable and you can easily take it to a friends house, in the car or just play at home.

Look for more special offers and free prizes inside boxes of General Mills cereals throughout the year.

Linked up with:
Tuesday Talk

I was selected for this opportunity as a member of Clever Girls and the content and opinions expressed here are all my own.