Today I met my coworker and her kids for our second playdate (remember, we went to the Museum of Transport back in August) at the Rocket park. Cami has taken her kids to Rocket park in the past, but this was Nathan’s first time at the park. Oh, he LOVED it… I know he is excited when he runs with sort of a dance, because he can hardly keep the excitment inside himself. He ran this way after climbing into the rocket and going down the enormously long slide, and, lets just say, he went down that slide again and again… 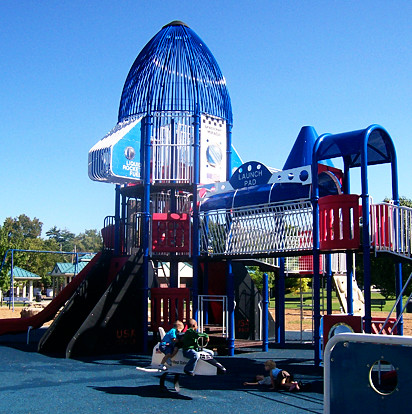 This is a picture of the playground and the rocket ship. This picture really doesn’t do justice, as you cannot tell how tall this rocket is and how huge this playground area really is… 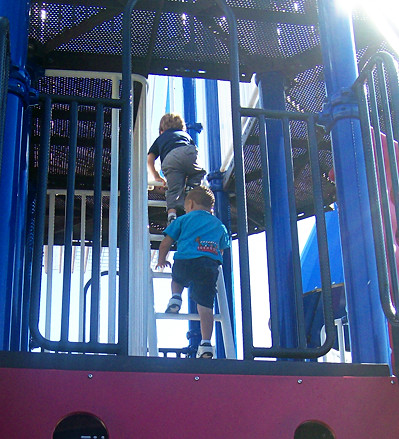 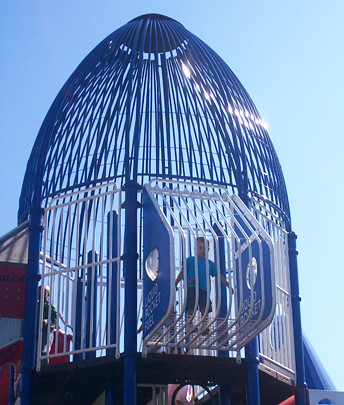 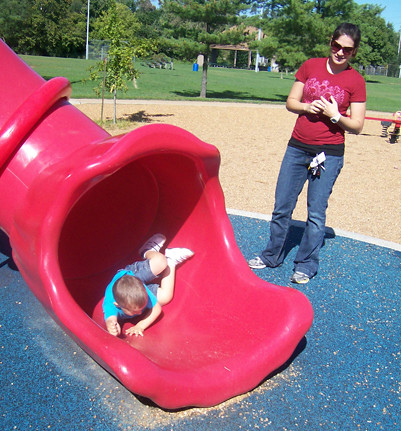 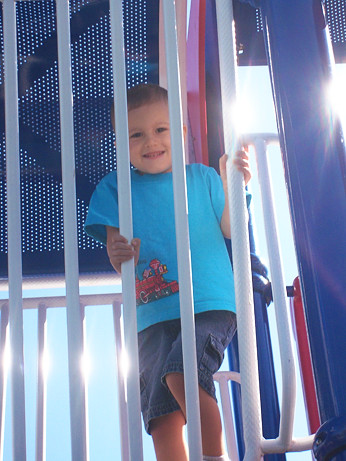 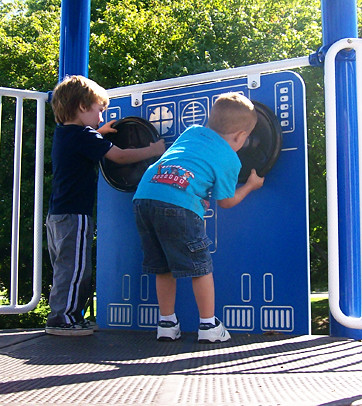 Jacob and Nathan had fun spinning the wheels 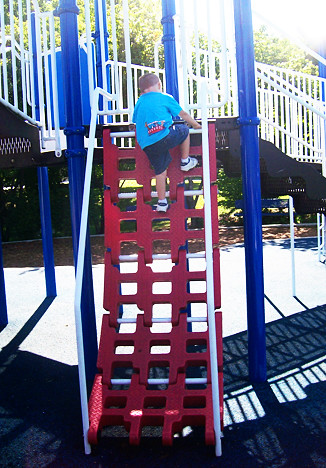 I could not believe Nathan could climb this, but he did it very carefully several times. 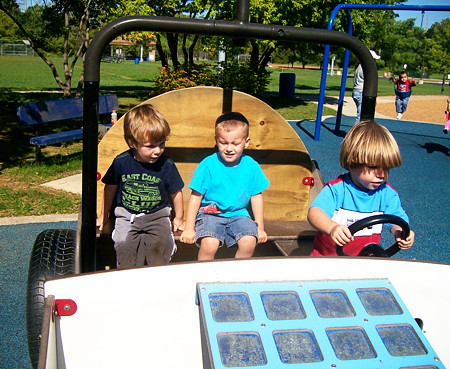 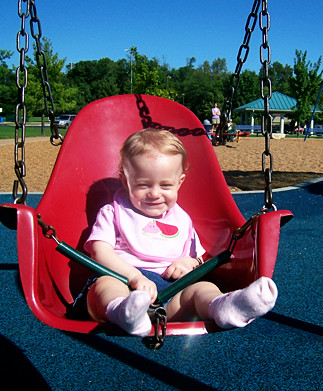 They had this freakishly large baby swing, that even Cami could sit in! lol! I put Autumn in it for a bit but the sun was right in her eyes so I took her out. 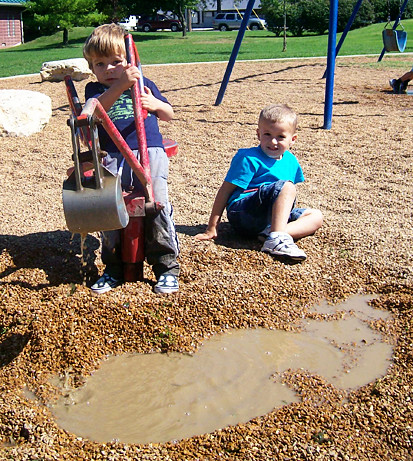 Jacob’s favorite thing at the park was the scooper seat, which was even more fun because there was a huge puddle of water. Boy did both the boys get dirty… 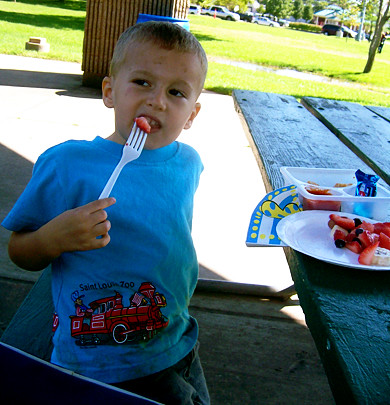 After lots of playing, we finally convinced the boys it was time to eat… did I mention how dirty Nathan got? heheheh!!! Nathan lives on chicken nuggets and Cami told me that Lunchables has a chicken nugget meal, so of course I brought that in a cooler for Nathan to eat. I thought maybe he wouldn’t eat the nuggets cold, but he sure did!! 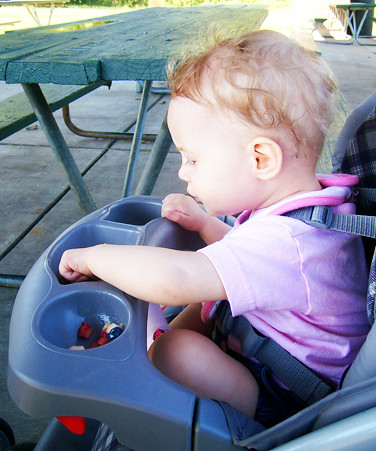 Autumn enjoyed the fruit salad that I made… I also shared a turkey sandwich with her. Cami made us two different kinds of cookies- chocolate chip and then praline cream cookies. 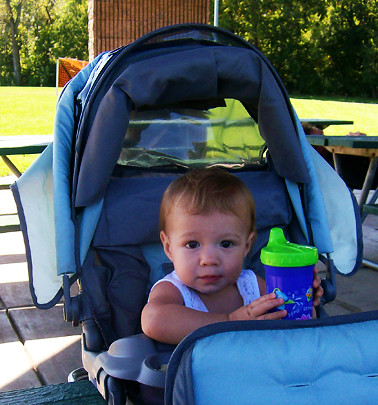 This is the only picture of Bonnie that I got 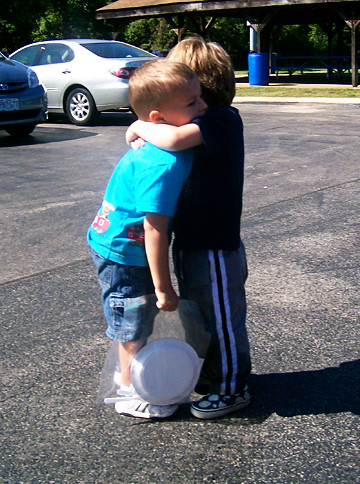