My brother and his wife had us over for a bbq this past weekend for food and sweets. 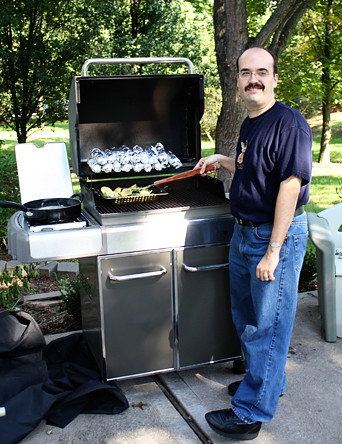 My brother is becoming quite a grill king. 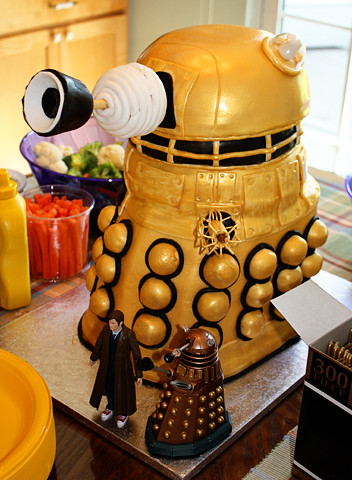 My sister-in-law watches Dr. Who and had a Dalek cake designed for the party from her favorite place (Whipt Creme). Whipt Creme did a great job on the cake, it was HUGE and my camera did a great job at picking up the gold color of the frosting. 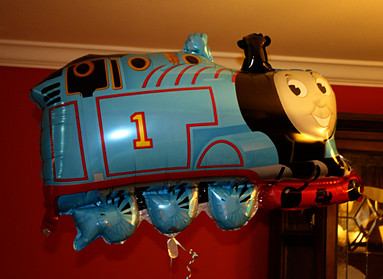 My brother and sister-in-law are so good to the kids, they got every kid their own balloon from the party store. So, Nathan got Thomas the Train (of course…) 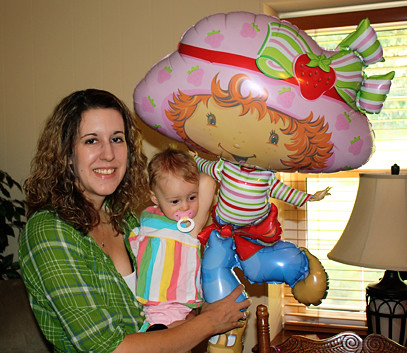 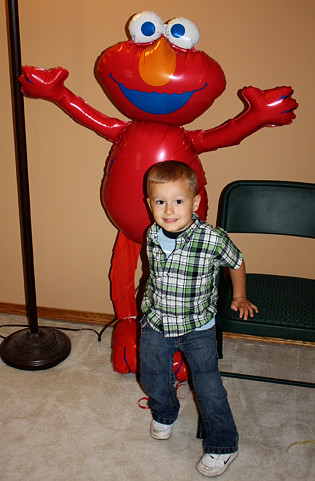 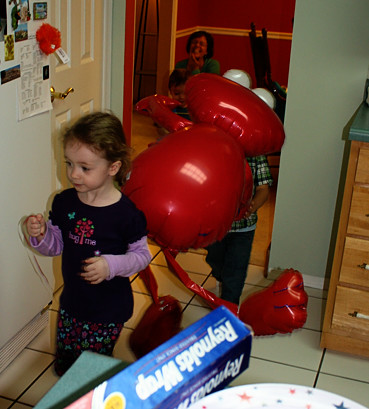 The balloons were a huge hit at the party, there was even an Elmo parade where the kids ran in circles around the house holding the Elmo balloon… 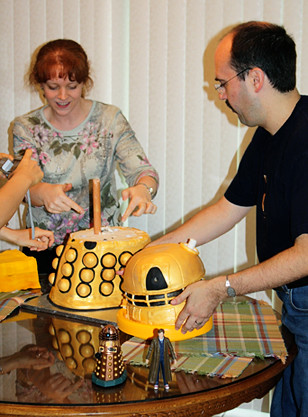 While the kids played with the balloons, the adults played with the cake… which, was a bit of a challenge to disassemble. of course, some pieces were inedible such as the piece that looked like a toilet plunger… 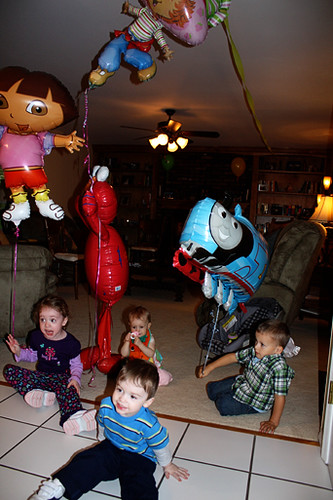 Here is one last photo of the kids with their balloons