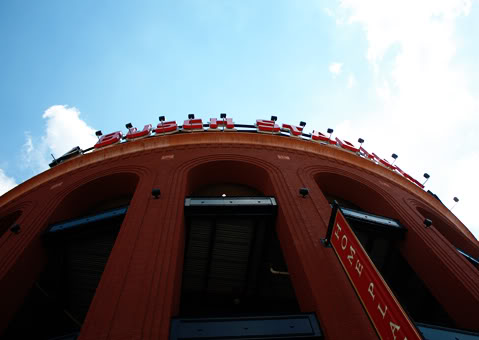 On Saturday, I took the kids to a tour of Busch Stadium through the moms club that we are in. It was an informative tour, and such a beautiful day for it! I felt so bad though, I have trouble with being punctual, and I got there about 5-7 minutes late and the entire group was waiting for me! 🙁 I need to get better about that… I really need to invest in a watch or something. 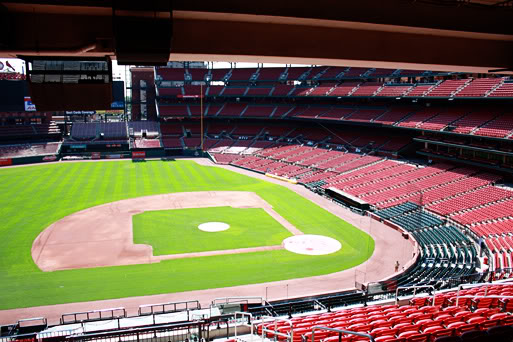 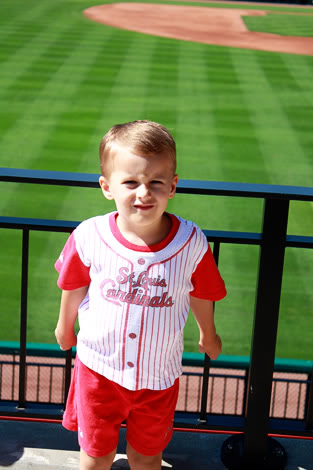 Nathan at the beginning of the tour, he was so excited to see Busch Stadium. This was actually his second time in the new stadium, we took him to a game the first year the stadium was built. 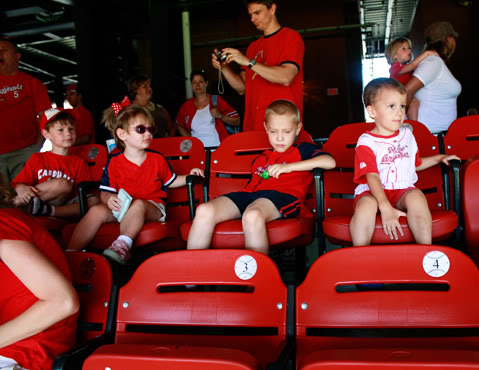 We did a group pose with all of the kids… 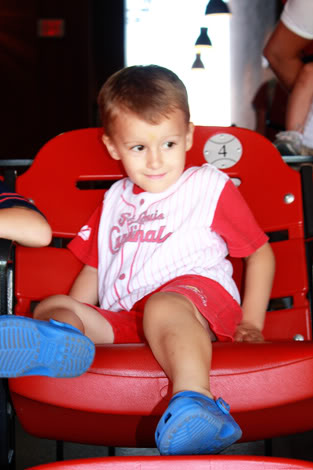 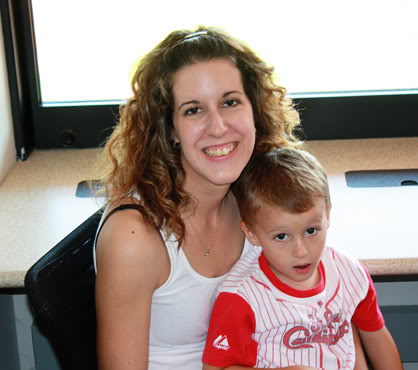 We also got to see the press room, which was really neat… lots of equipment in there! 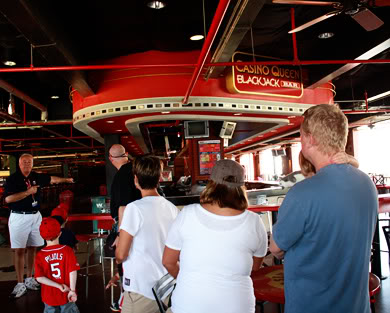 There are several ‘full service’ bars in the ballpark… I need to remember this when I go on Thursday ;o)- However, those from St. Louis love their Bud, and it is channeled through secret pipes all the way from the brewery into Busch Stadium. That is why beer is always the best at the ballpark! ;o)- (My friend Camille told me this secret! ha!) 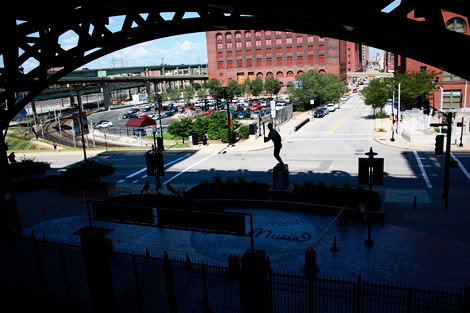 We learned about the architecture of the new stadium, and it was really interesting. On the Gate 3 entrance, you will see in the arch of this picture that there is a large bridge resembling the St. Louis Eads Bridge. Outside this entrance you will see the bronze statue of the Cardinals legend Stan “The Man” Musial. The new stadium offers such a wonderful panoramic view of the downtown St. Louis skyline, and is also a lot cooler in the humid summer months. 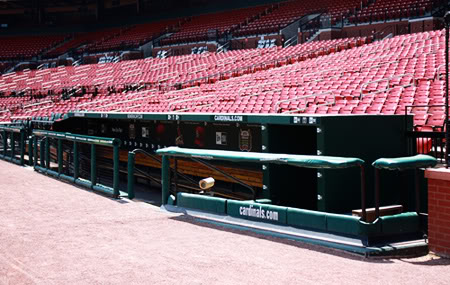 The last part of the tour, included a trip down to the field and the Cardinals dug out! This was the best part, of course! 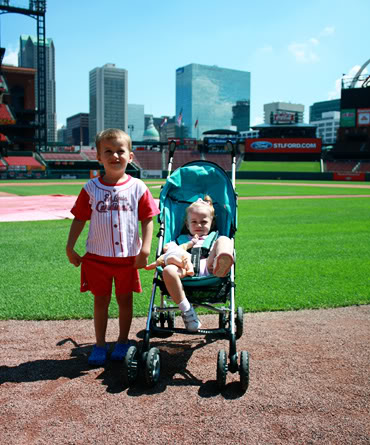 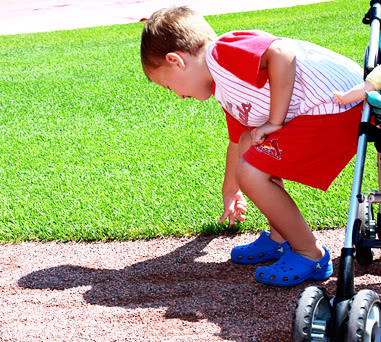 They wouldn’t let us walk on the grass, so I had Nathan touch it. 🙂 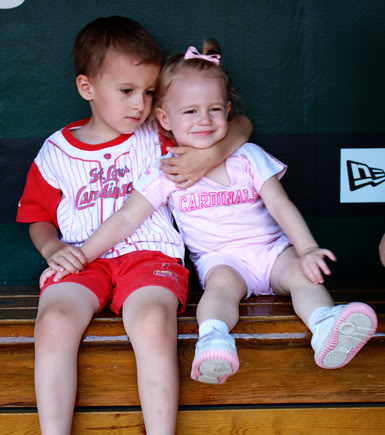 The kids inside the dug out. :o)- Nathan looks like he is strangling Autumn. Such love. 🙂 Why is it so hard to get a decent picture of these two? 🙂 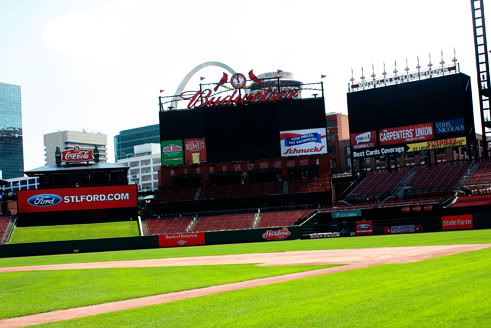 Another picture of the arch

I learned a lot on the tour, it was well worth it. I never knew that Gussie Busch actually gave the Cardinal players work during the off season. Apparently their salary wasn’t as elaborate then as it is now, and he was loved by the players because he took care of them. They also had a really neat over sized mural on a wall in one part of the stadium, that shows baseball cards from the team from all the way in the beginning when they first started to the present. I loved the Redbird Club and Cardinals Club rooms, both were really fancy and it would definitely be a different way to experience the game (with air conditioning and a full service buffet!).

I won tickets from my work, so Jeremi and I get to go to a night game later this week! I can’t wait as I haven’t been to a night game in ages… ! Hopefully they win, win, win!!