I have been with my company for 7 long years, and every year we have a Marcom Appreciation Day and the company gives out Cardinals tickets along with other snazzy gifts such as Blu-Ray disc players. I never, ever win… ever… In fact, there is this one guy that used to win EVERY year… every year! Well, he got transferred to another department and I knew it was my turn to win this year! Well, I did win the Cardinals tickets finally! Yay! 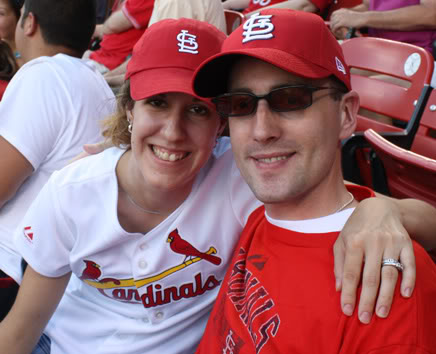 Jeremi and I at the game :o)- Of course, we visited the Cardinals store and got some game gear! lol! 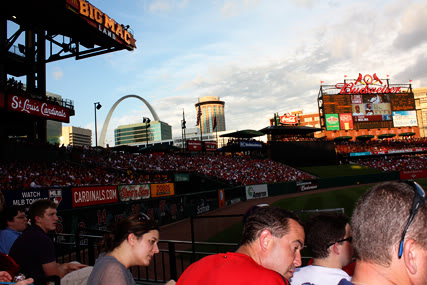 View of the arch from the stadium 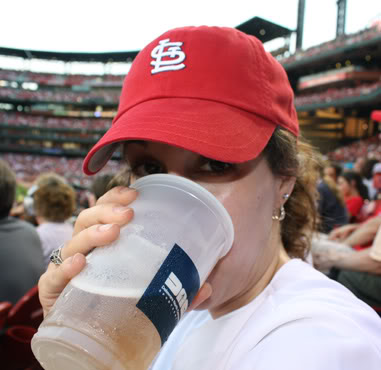 Did I tell you yet that the ballpark beer comes to Busch Stadium from the brewery in underground pipes? Ahh, so.. so. good! 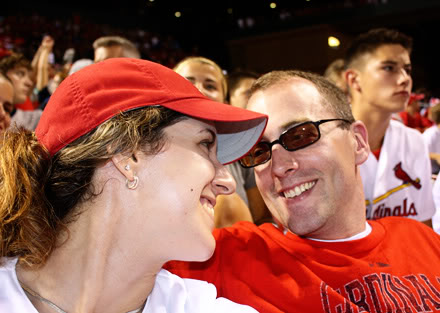 Jeremi and I had a lot of fun talking and people watching… also, the Cardinals played a terrific game! We were seated by the outfield and wow, we saw a lot of balls fly over our head! 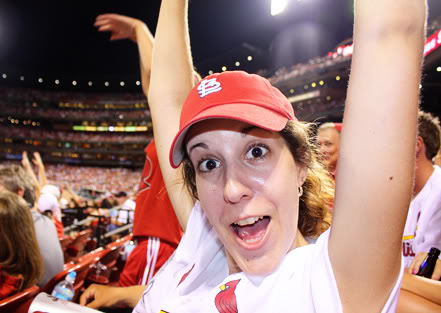 Doing the wave. Yep, I had way too many brewskys. 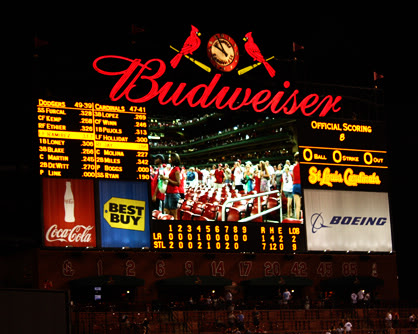 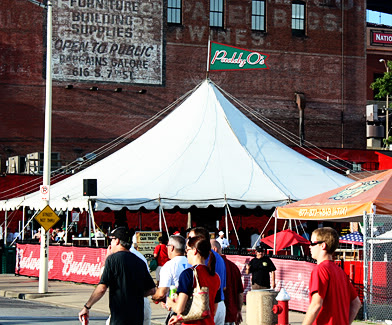 We went to PaddyO’s for an hour after the game until the traffic nightmare ended. Its a fun place! And, yes, I took this picture before the game 🙂